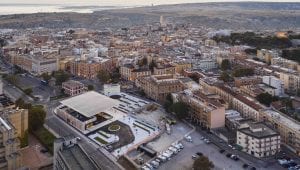 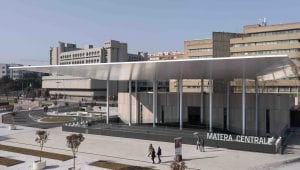 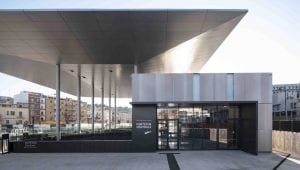 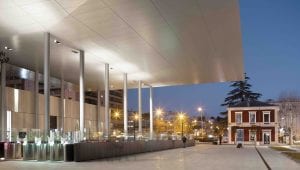 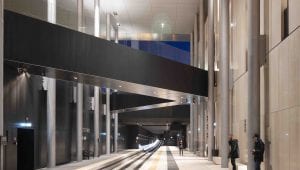 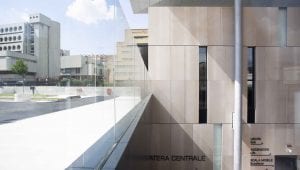 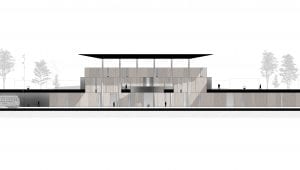 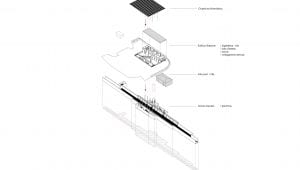 The project concerns the aesthetic and functional redevelopment, as well as the technological adaptation of the Matera Central FAL railway station, one of the three on the Bari-Matera section serving the city. The existing building consists of an above-ground structure built in 1982, which has little architectural connotation, lacks services and is scarcely perceived as a public space, and of a tunnel dug in 1978 to bury the railway line that crosses a long urban stretch. With the intention of giving it greater relevance, therefore, the station is no longer rethought as a pure infrastructural node, but rather as a true urban landmark, in tune with the role of Matera European Capital of Culture 2019.

Particular attention is paid to the selection of materials, chosen to embody the two souls of Matera: Apricena stone that recalls the local stone of the ancient city of the Sassi, and steel that speaks of the dynamism of the modern city.

The construction system is based on multilayer panels obtained by coupling a 12 mm stone facing with a layer of lightened material of the same thickness. The design of the wall is thus defined by the texture of the panels, interspersed with some connecting joints emphasised in thickness, and by a series of full-height backlit glass modules. The south façade will thus be in perfect continuity with the underlying façade facing the quay, flush with the opening in the slab.

The most distinctive feature of the project is the 45×35 m metal roof, supported by twelve steel columns rising from the ‘iron floor’, crossing the height of the underground gallery by about 6 m and rising a further 12 m above ground level. In this way, the roof generates a covered square usable by travellers and open to the public. On an architectural level, the canopy is strongly characterised on the intrados by partially reflecting metal panels with a “diamond” geometry, while the extrados, completely flat, is covered on 1.500 sqm by a photovoltaic surface of the latest generation, for a total of 696 panels, capable of producing up to twice the energy needed to light the station, and therefore potentially usable for the entire square.

The relationship with the public pedestrian area in front of the station is another fundamental theme of the project. The new station is placed in direct connection with the Piazza della Visitazione which, redesigned and connected to the main access axes to the nearby historic city, can be considered as a true ‘gateway’ to the city, for local users and visitors arriving from all over Italy. The design of the new station sees the square precisely as a connecting piece of the urban systems that already characterise it: cultural, traffic and ecological. Characterised by the presence of public buildings and high accessibility, the square also has a barycentric position with respect to important green areas, becoming a potential fulcrum for a network of spaces linked to urban forestation on a broader, urban and territorial scale.

The design of the new square reinterprets the existing urban fabric and proposes a new matrix, which becomes an ordering element through a grid that generates a succession of paved surfaces alternating with strips of new vegetation. The only exceptions to interrupt the regularity of the grid are the pre-existing elements such as the axis oriented towards the Sassi and five ‘glades’, areas with different densities declined in different ways in terms of size and function. 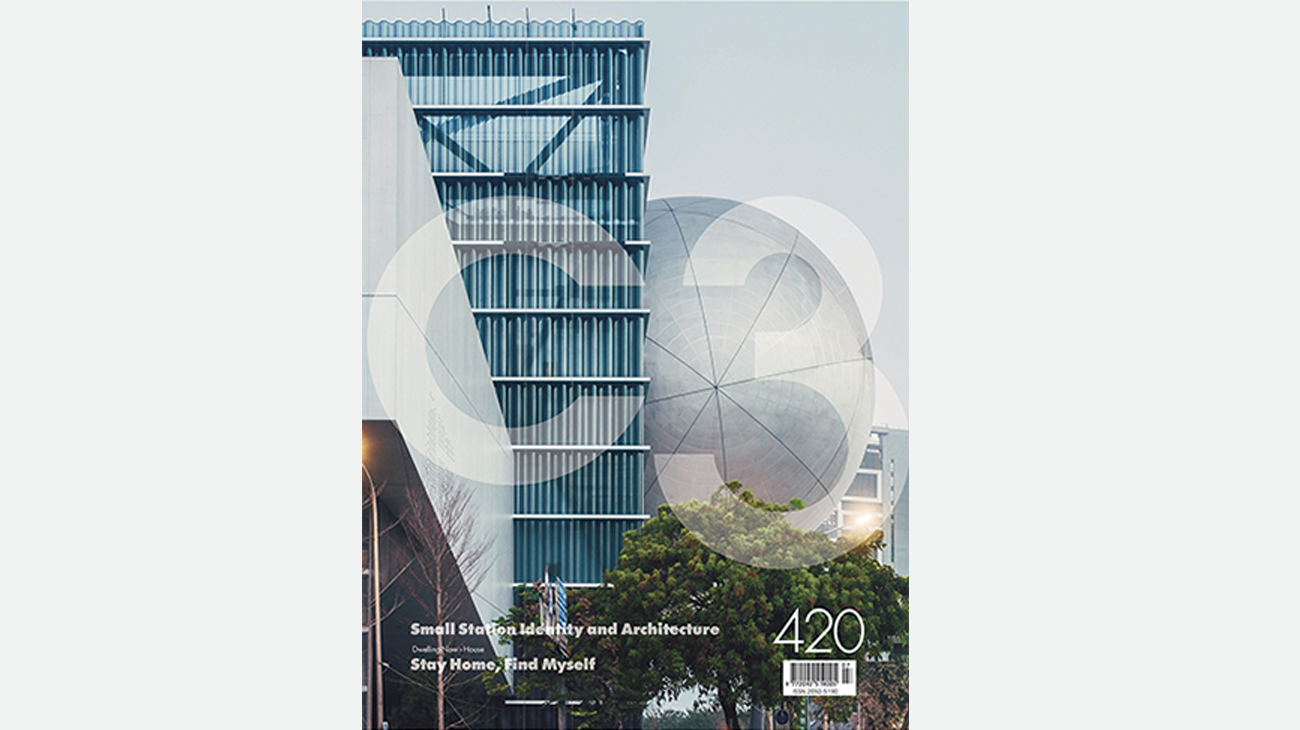 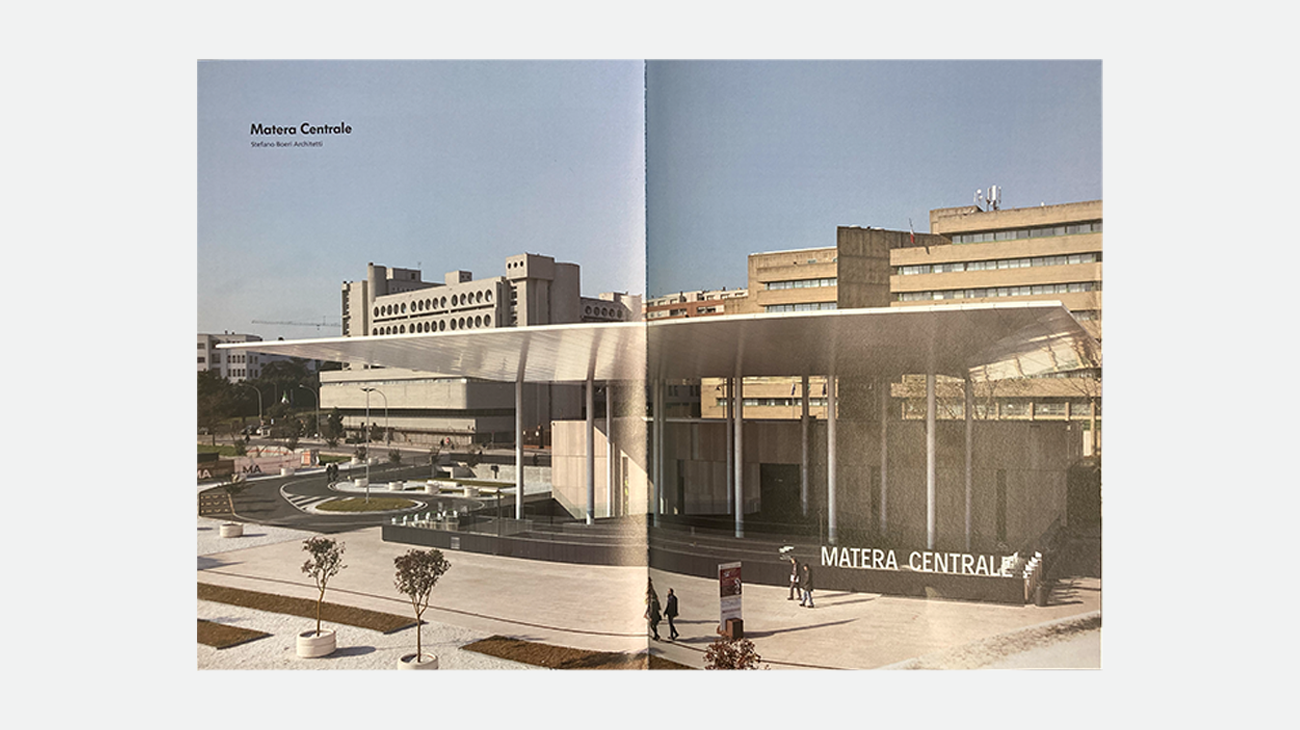 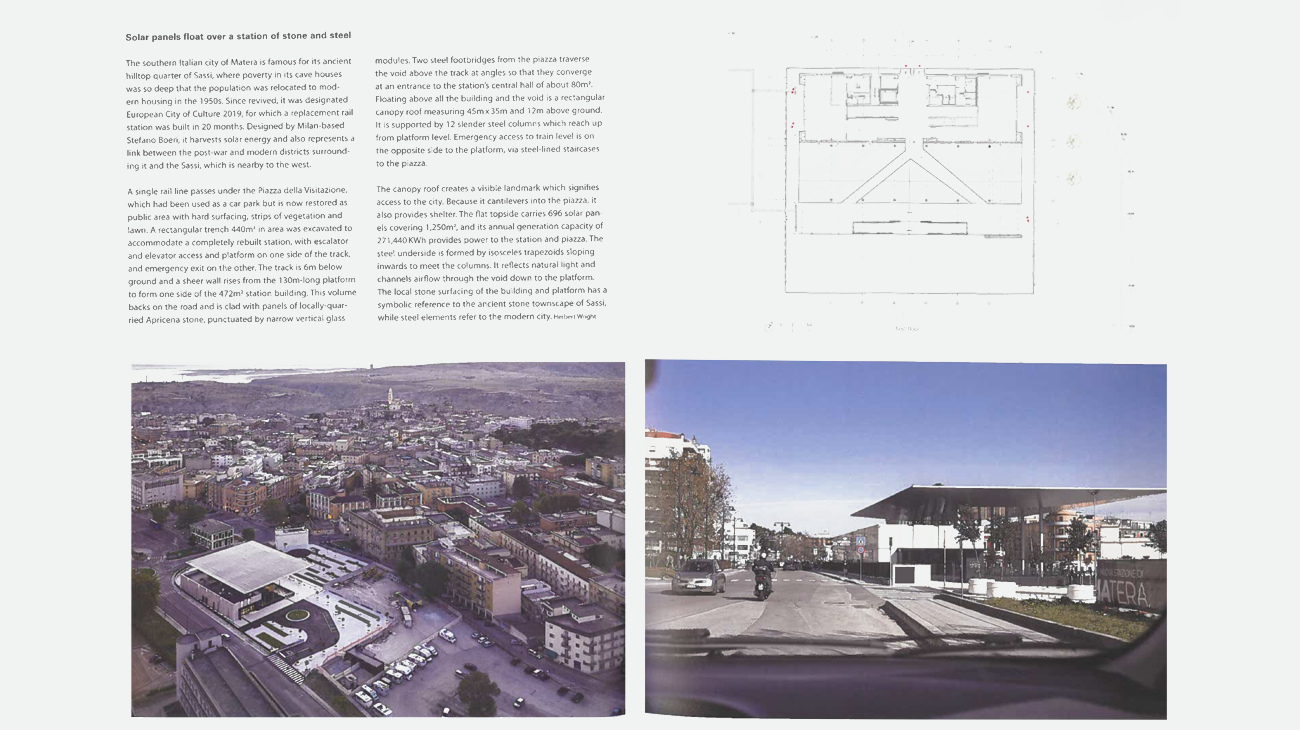 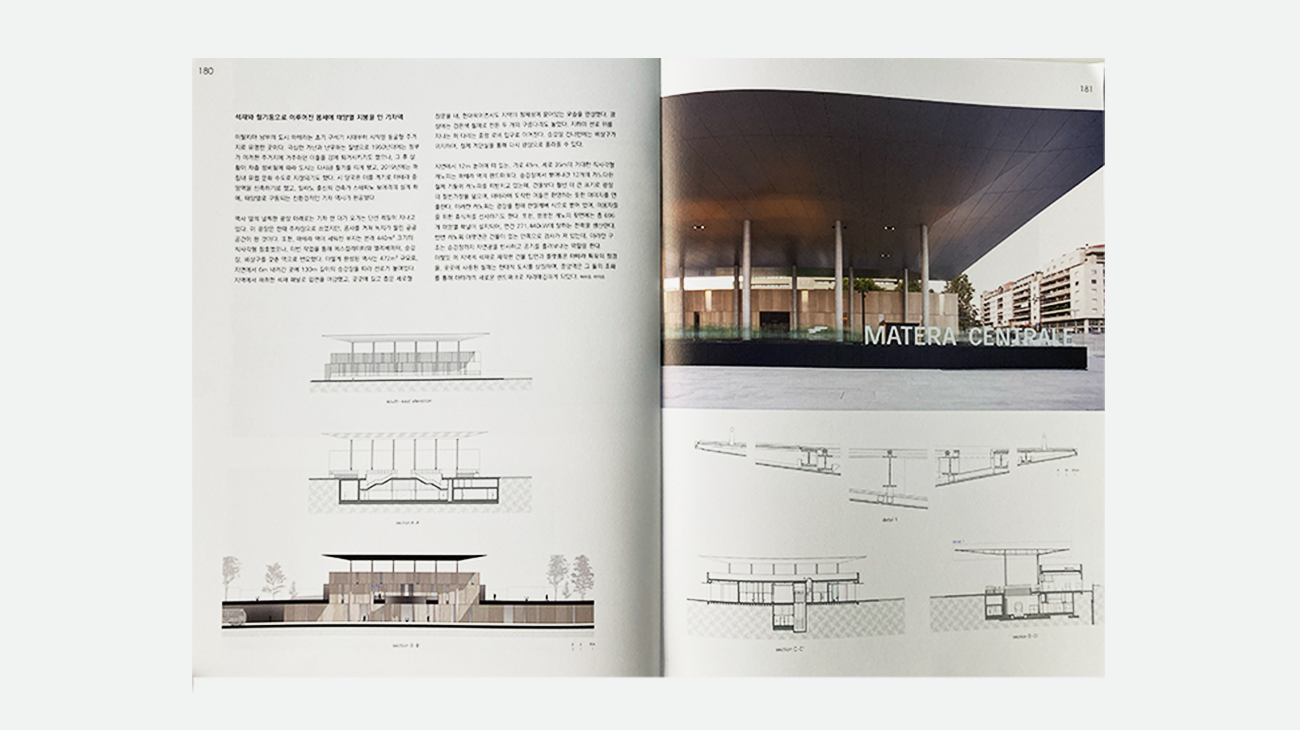 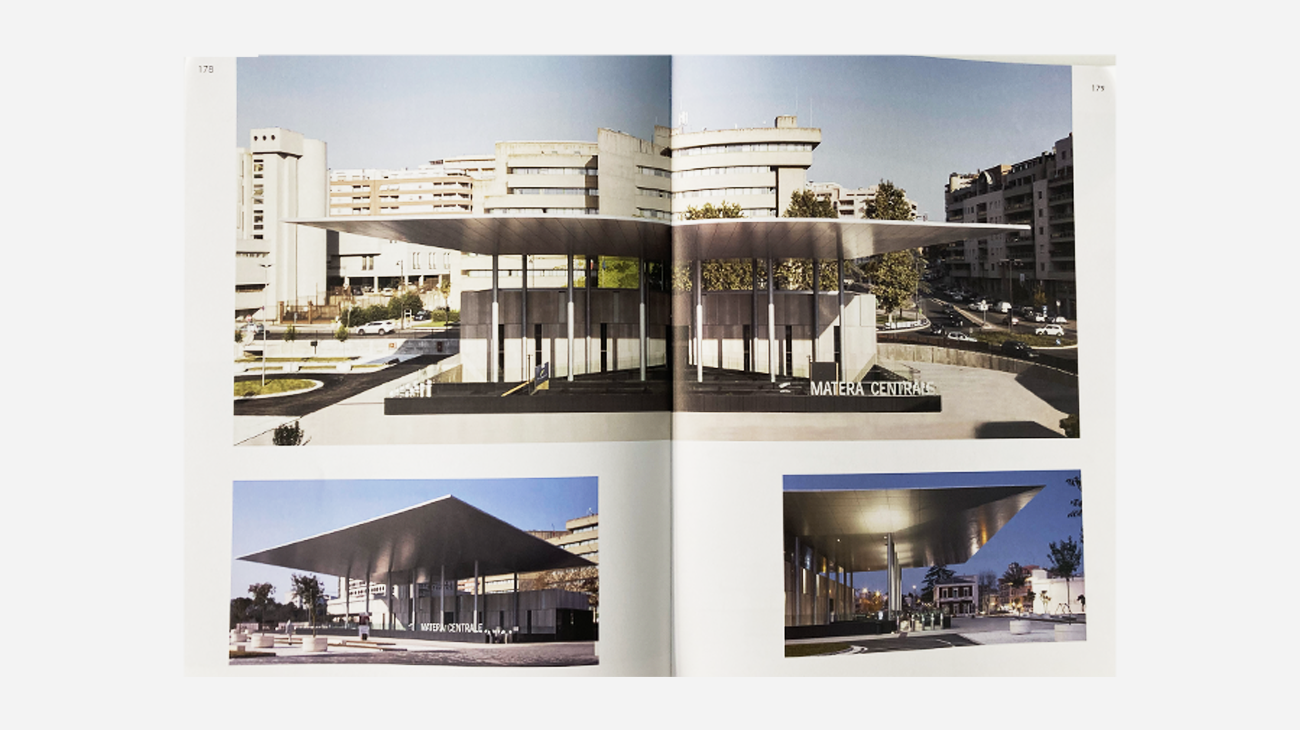 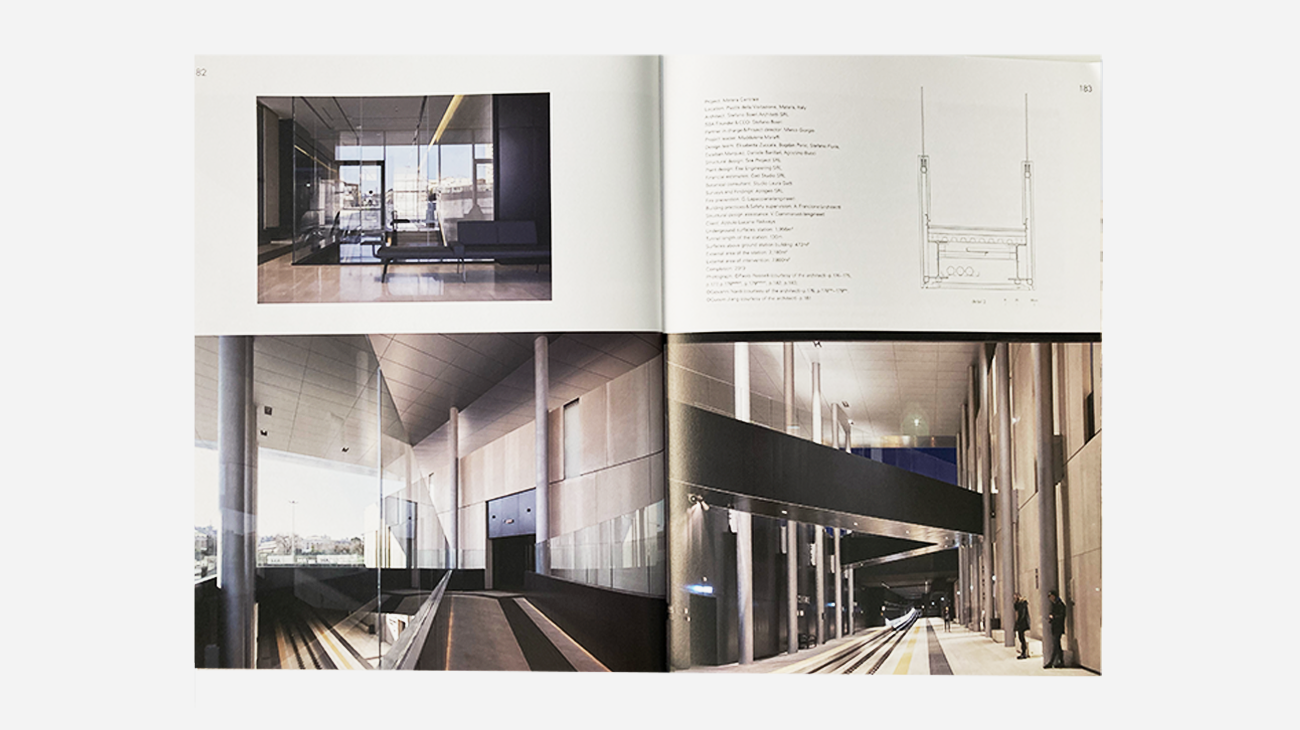 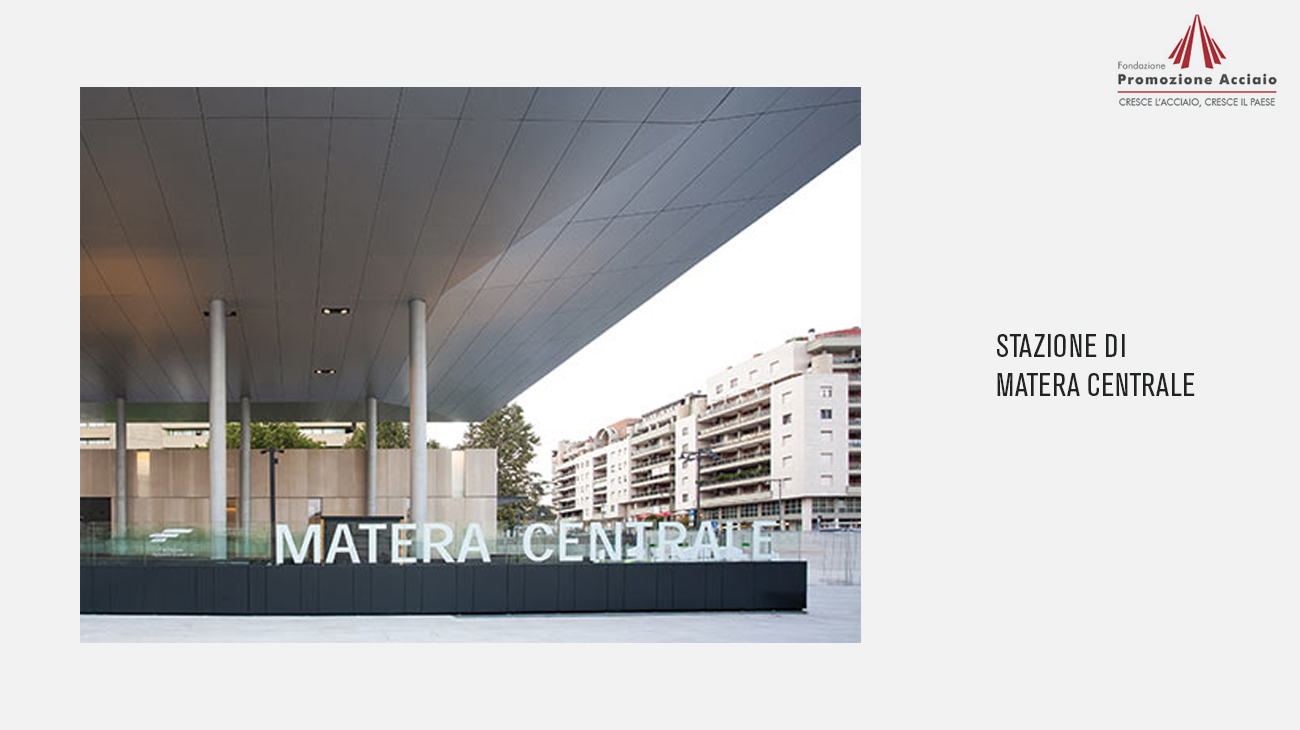 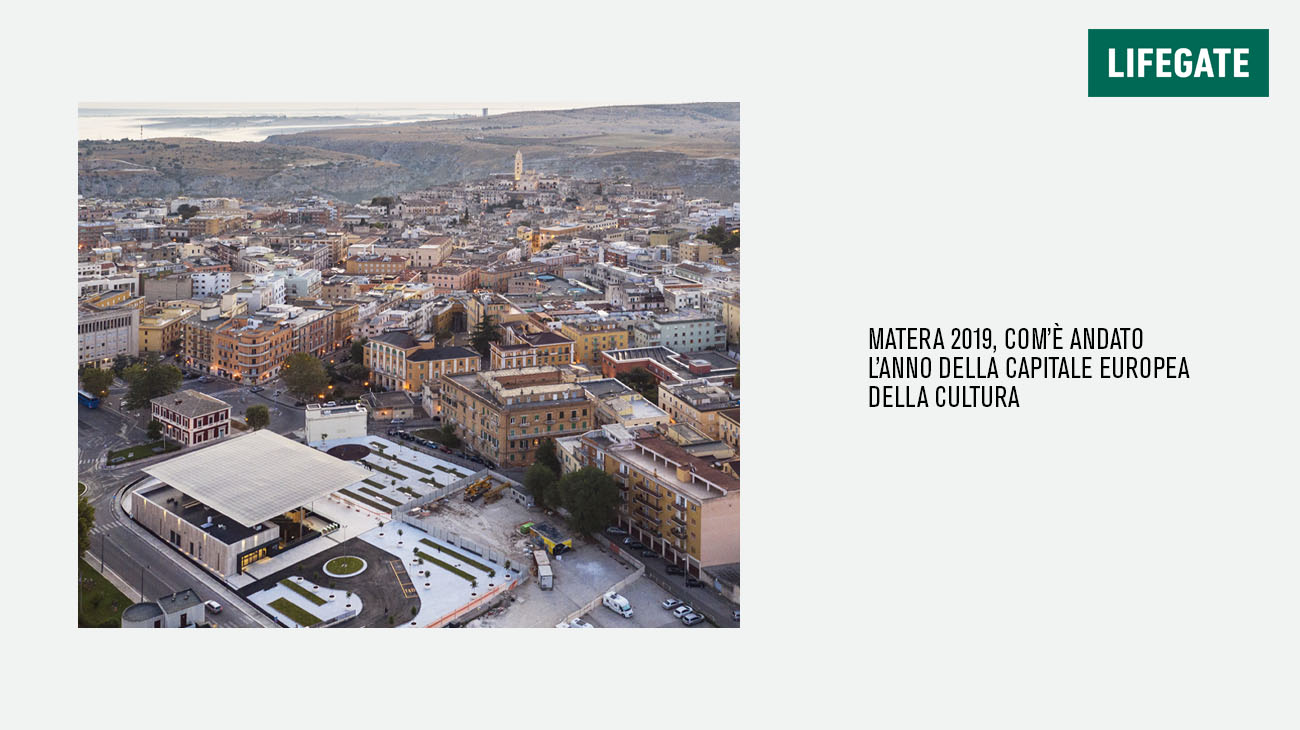 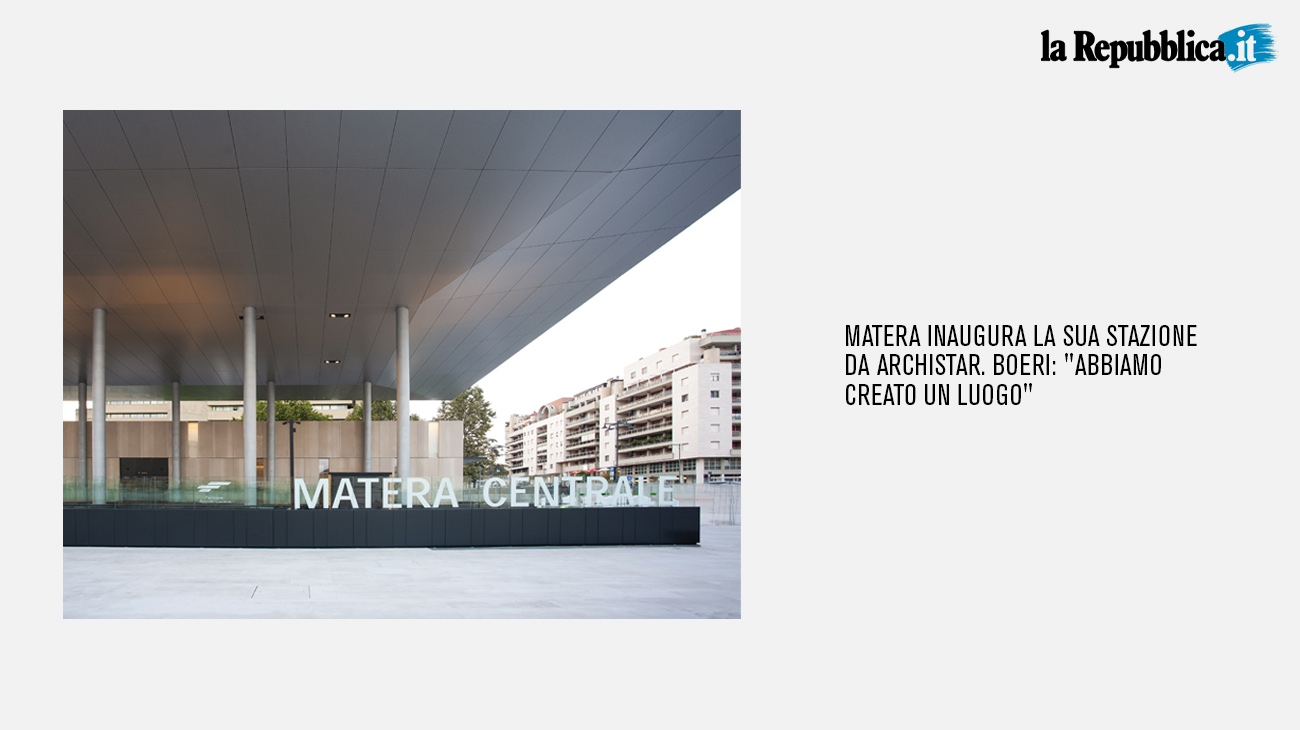 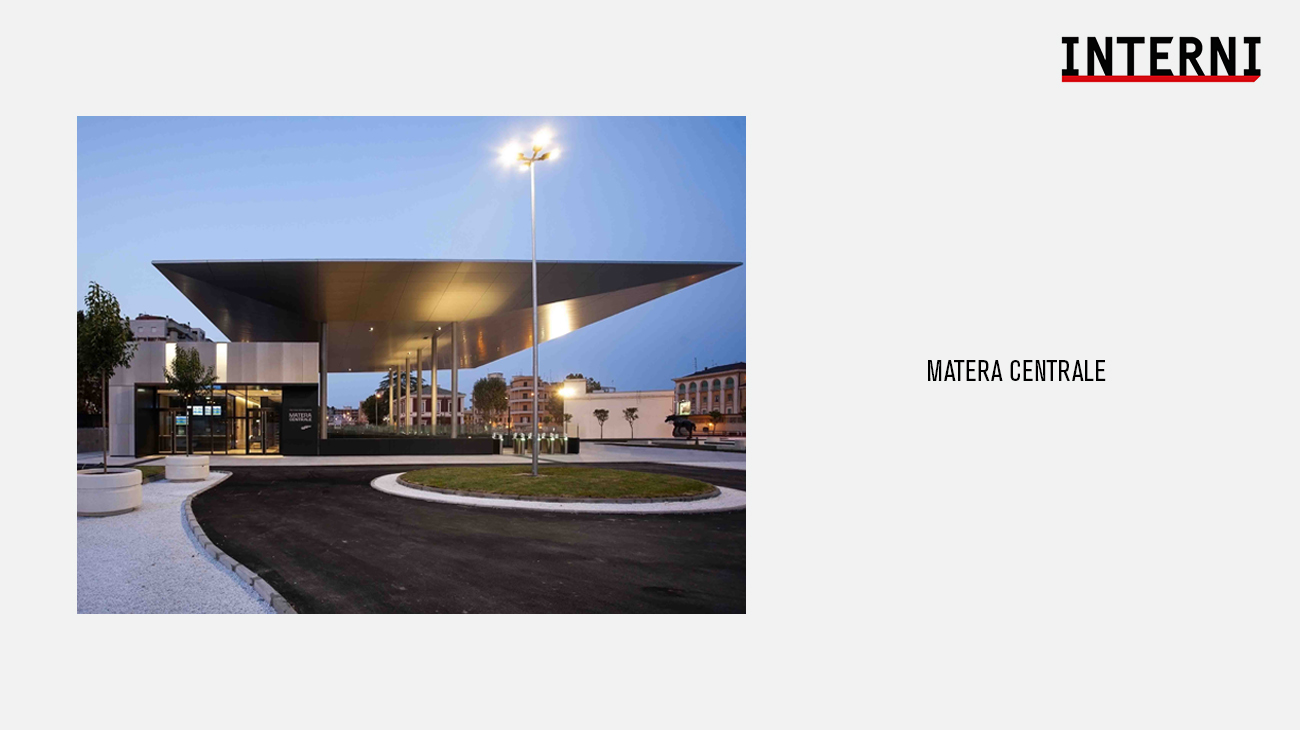 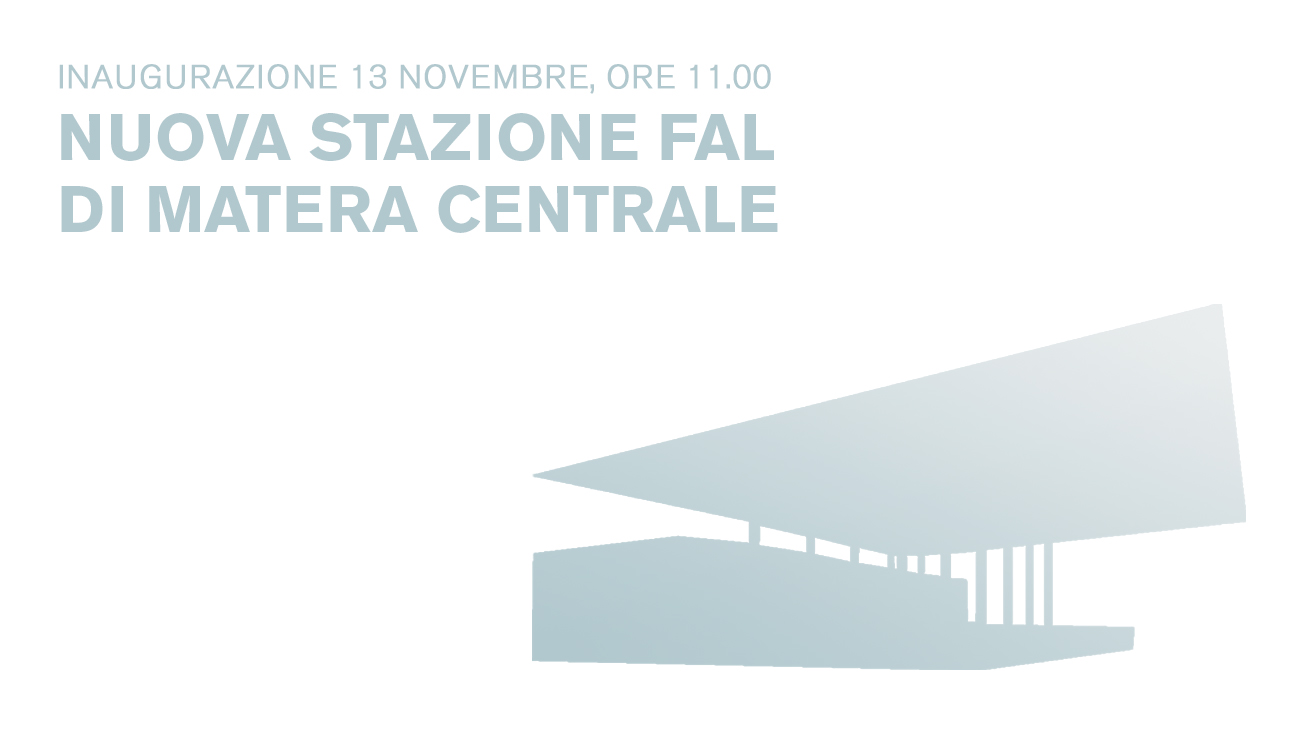 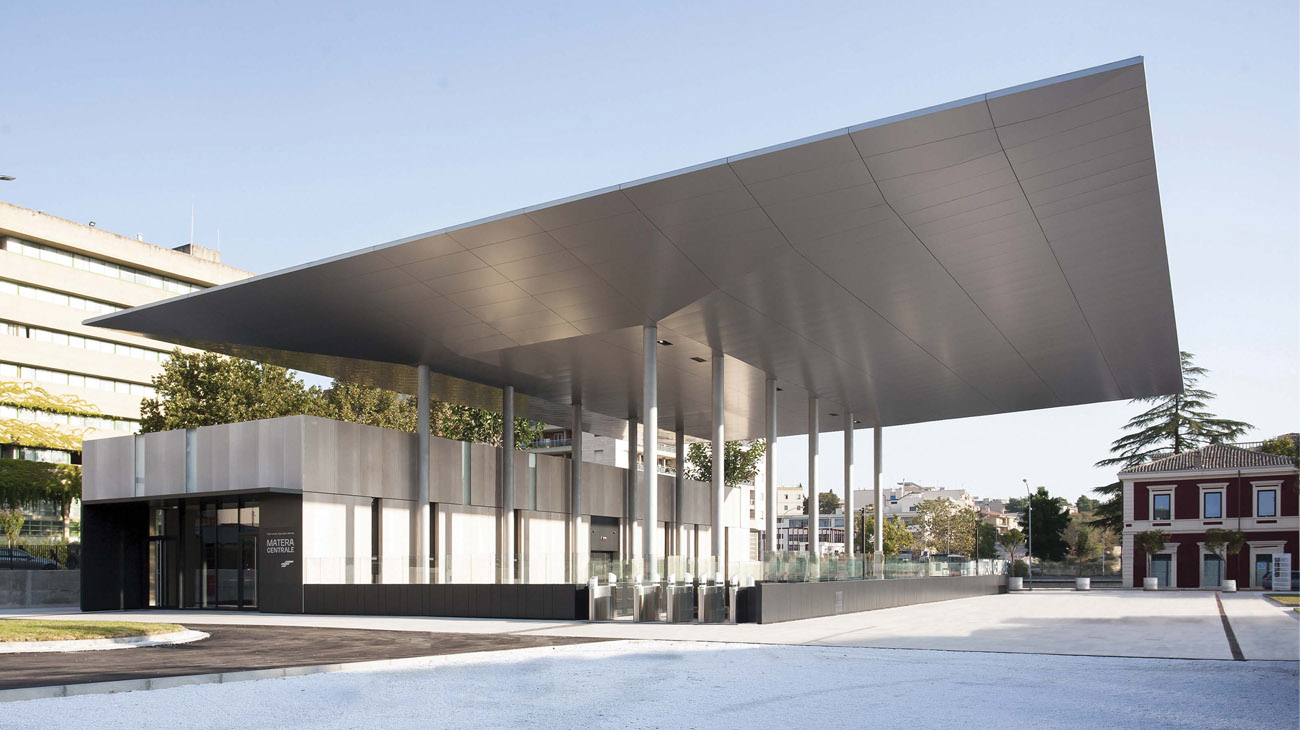 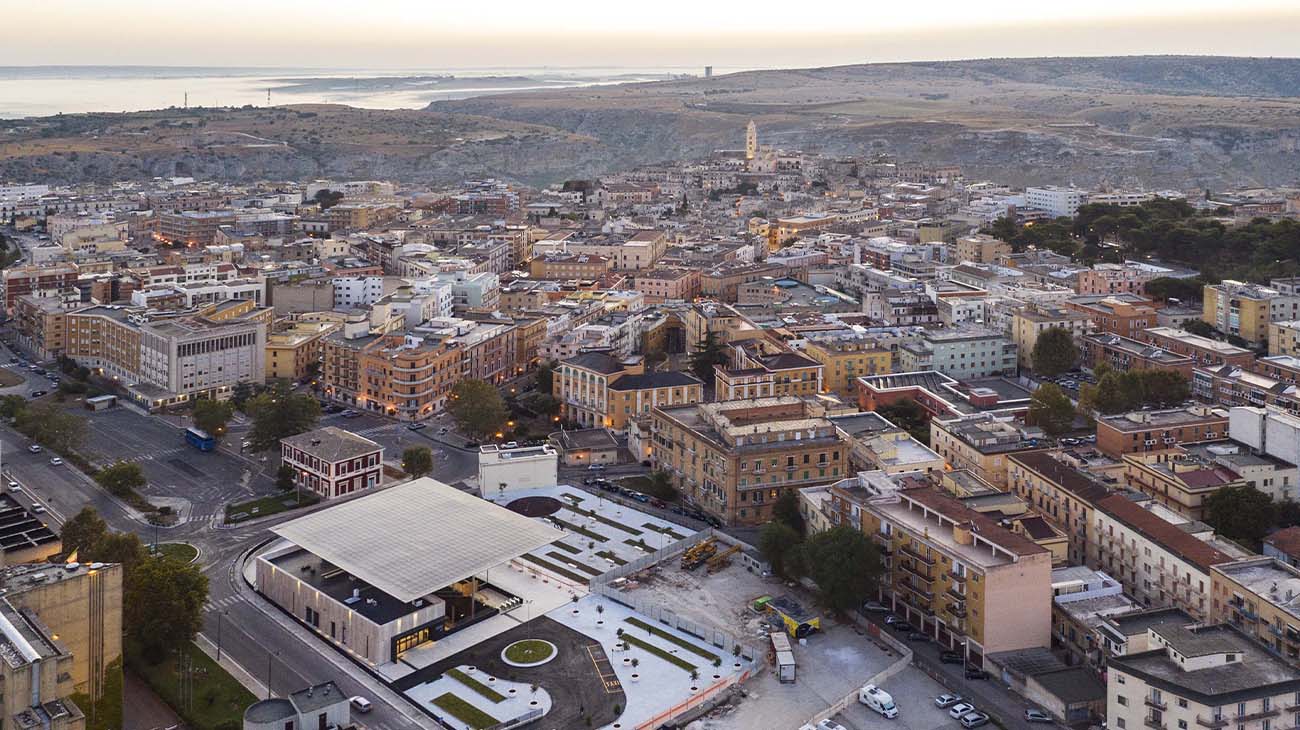 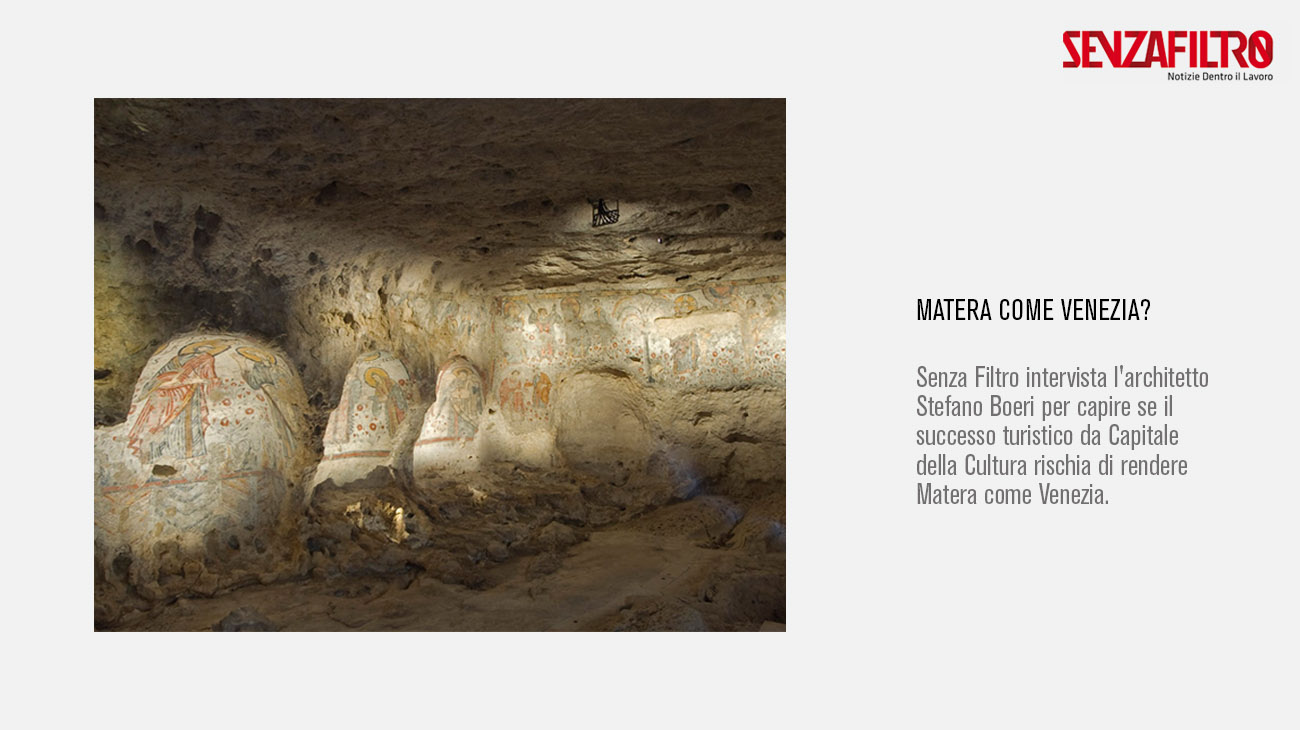 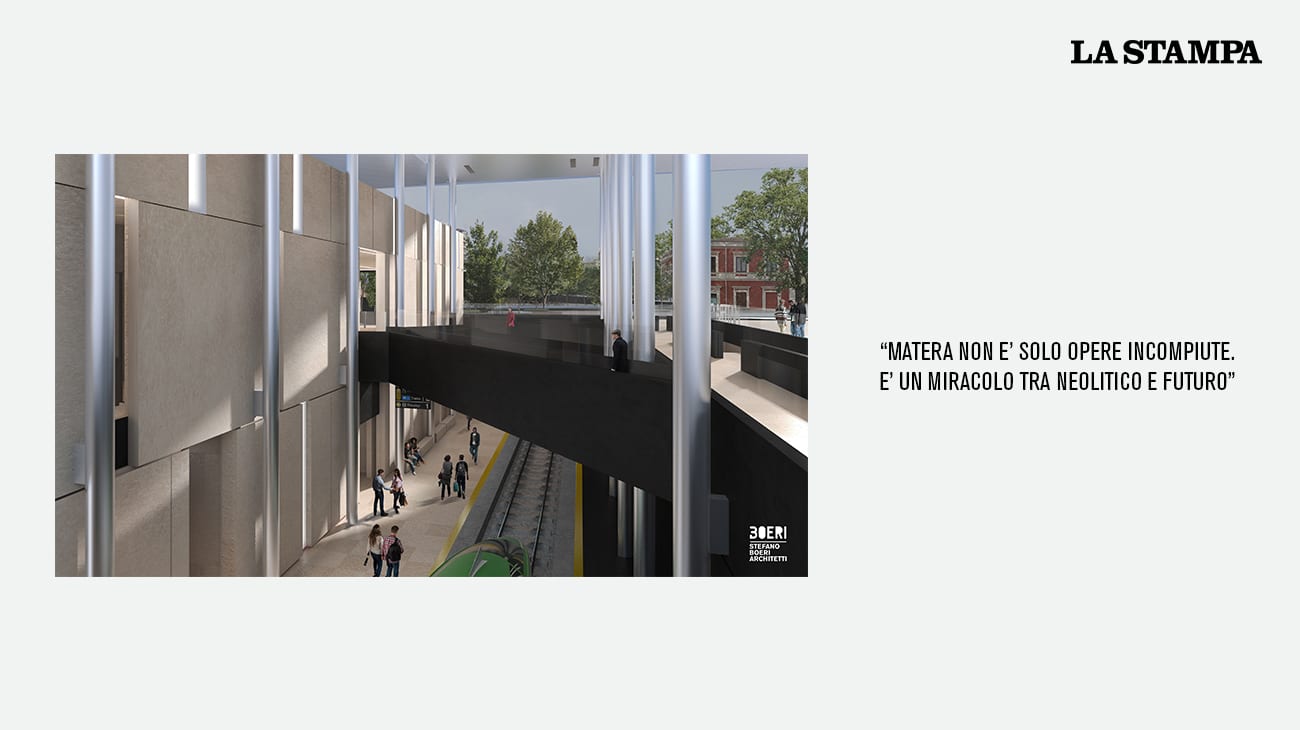 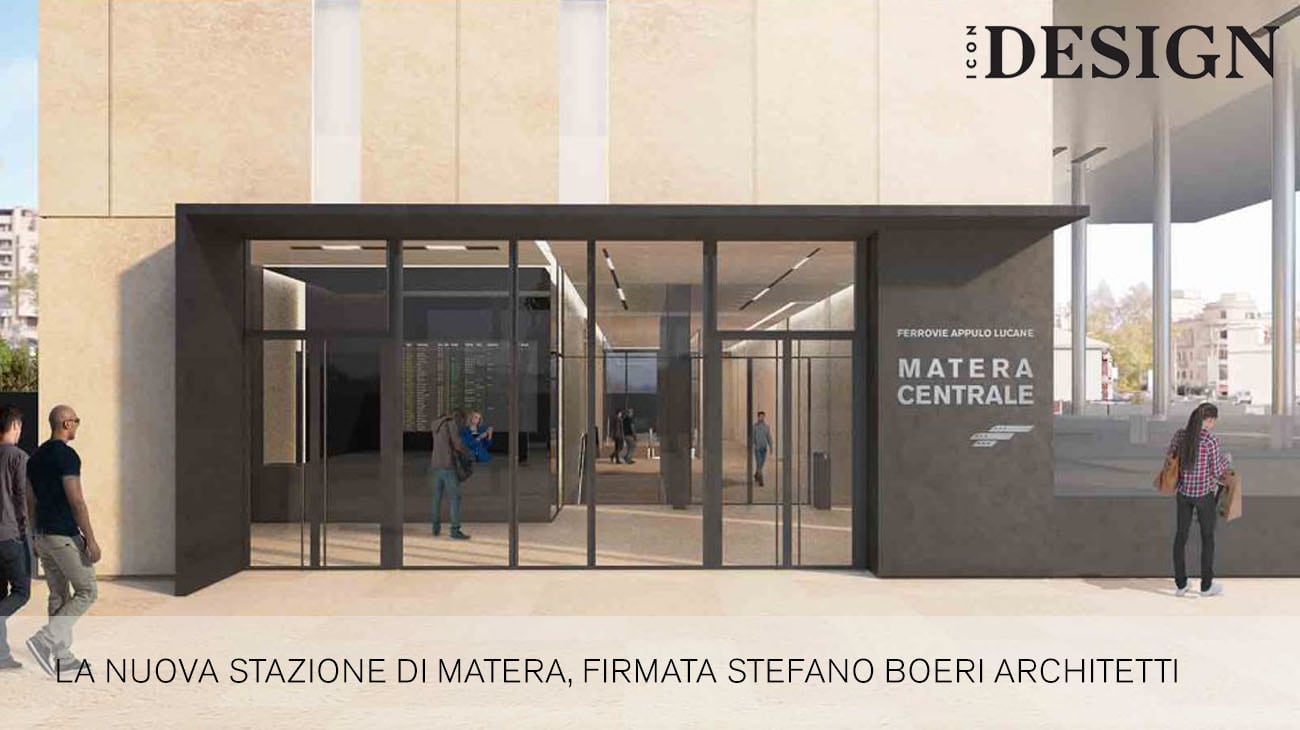