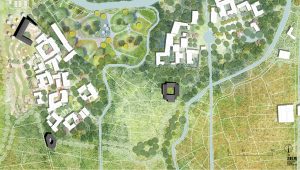 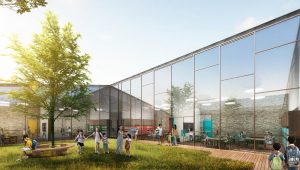 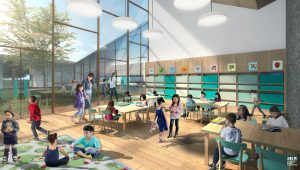 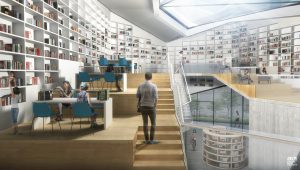 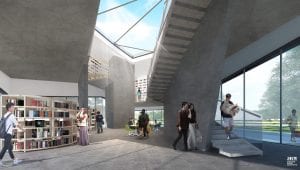 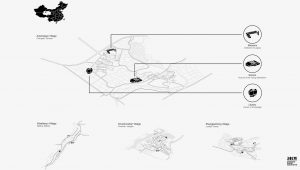 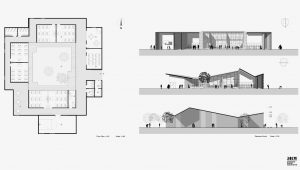 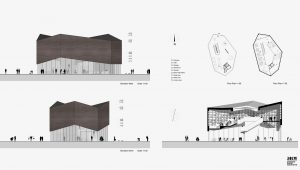 Slow Food Freespace is the pilot project for the first Slow Village developed in collaboration with the Slow Food Movement, presented by Stefano Boeri Architetti at the 16thVenice Architecture Biennale as part of the Across Chinese Cities event.

Starting from Slow Food China’s wide-ranging vision of promoting an agricultural economy that focuses and develops local cultures and products, the project consists of a school, a library and a small museum. Three cultural epicentres, called Seeds of Culture, are intended to establish the initial threads of a widespread infrastructure that will allow millions of Chinese farmers to invest in the future of their rural territories instead of abandoning them to move to big city suburbs. By offering better cultural, economic, architectural and environmental conditions to a fragmentary constellation of local communities, the intervention aims to strongly oppose the ever increasing emigration to the big Chinese cities of the last few years, and the consequent dumbing down and loss of the specific characteristics related to the cultural wealth of the country.

The decision to promote and develop rural villages with a system of small but precious catalysts for local cultures which are capable of improving the lives of the residents can be interpreted as an unavoidable need for architecture to deal with the speed of this evolution while also encouraging it with the richness of the past, capable of injecting a sense of sustainability into contemporary daily life. The meeting between Stefano Boeri Architetti and Anhua Chen, Slow Villages Co-building Project Manager has meant a collaboration aimed at promulgating a shared and concrete vision of the project and territory, intended to give rise to a programme strongly connected with political and social current affairs. The intervention interprets architecture as a porous territorial device, capable of absorbing and reactivating the rich and varied tangible and intangible heritage of Chinese rural civilizations while preserving their characteristics to protect their cultural diversity.

Located in Qiyan, in the south-western province of Sichuan, the first Chinese Slow Village was the result of an open and collaborative vision in which Stefano Boeri Architetti China provided the design ideas and technical know-how necessary for the construction in the village of the first pilot devices such as the library, the school and the museum. Like a single systematic flywheel, the three catalysts act to feed not only the culture surrounding the preparation, consumption and supply of food, but also the ancient and deep-rooted popular traditions as well as the small and insightful individual stories. The significant efforts made by China in recent decades in relation to urban issues show the increasing attention paid to the multifaceted nature of the expressions, traditions and heritage of the countryside, enhancing and amplifying its natural wealth. In fact the programme aims to synthesize a powerful and attractive appeal, addressed to the vast Chinese universe as well as international knowledge and tourism.

The strategy is based on the use of three prototype projects that can evolve and adapt to the different programme requirements and site conditions, helping residents understand the importance and value of these aspects and making them aware of the link between historical heritage and the economic growth and care for the conservation of their environment. Each building, the museum, the school and the library aims to refine the beauty of traditional architecture and its surroundings, as well as to strengthen its identity. The museum acts as a focal point for the bringing together of the memory of local culture, something rooted in the environment and which was created from an existing building to which a volume has been added in order to implement functionality and visibility. Its shape means that the building can form a square for the village and a public space open to the community.

The school is the focal point for the growth and development of the younger generations, designed as a reinterpretation of the traditional Chinese courtyard. It takes the form of a piece of introverted architecture closed from the outside with a continuous brick wall, and completely open to the central courtyard, with a façade of glass around it that connects the classrooms with the outside creating a protected playground for children.

The library is designed to be a diffuser of culture and knowledge: a new building with a particular shape that connects to the environment through the use of natural materials. The ground floor is completely open and transparent, connected to both the village and the countryside while on the other hand the upper floor is an intimate place, designed as a temple in which to concentrate on culture.