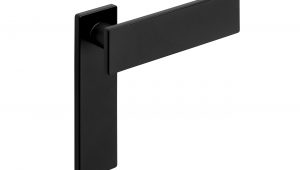 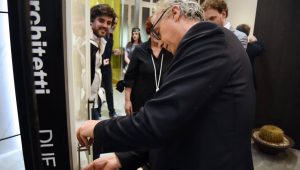 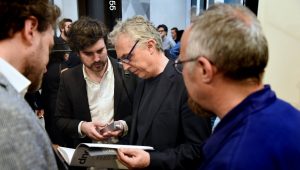 An archetypal handle that minimizes the geometry and number of its component parts.

As an iconic complement to home furnishings, the handle best summarizes the first moment of contact with architecture and taking possession of the space, the prelude par excellencefor the passing from one place to another.

The design of the DUE handle, developed by Stefano Boeri Architetti for Dnd, is configured exactly like an “archetype handle”, a small piece of architecture capable of establishing itself conceptually as an ideal link between the human body, industrial design and architecture.

Its form is thus reduced to the bare minimum through the transformation of the two traditional functional elements, the handle and the rosette into a pair of identical thin parallelepipeds in a solution offering essential flexible strength and which also allows the components to be finished  in a combination of different materials, finishes and colours in line with the most exacting  CMF Design philosophy. At the same time, the formal synthesis reduces the interrelation with the door and the environment to a degree close to zero, thus overcoming factors of style and scale in the context in which it is inserted, resulting in the handle boasting  universal range of applications. The name DUE is ambivalent: on the one hand, in Italian it identifies the minimum number of macro-elements that make up the object while on the other, in English it can allude to one direction both in the sense of movement from one room to another but also in a new dimension for design.

DUE can then also be read as 2.0: the complement towards its evolution.