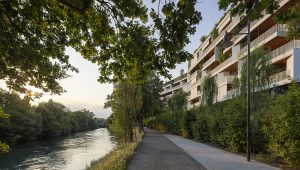 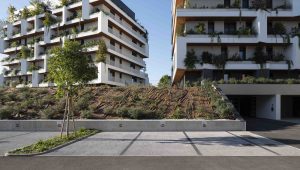 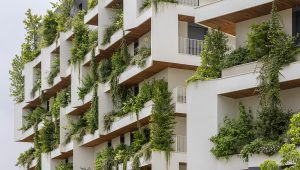 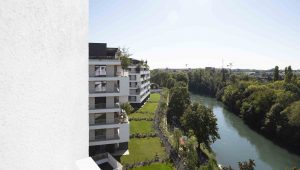 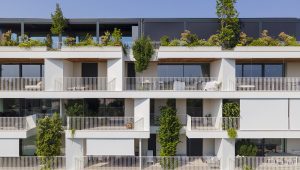 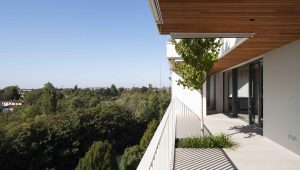 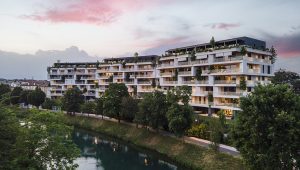 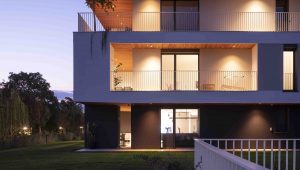 In the context of the redevelopment of a former production area of about 11.000 square metres near the historic centre of Treviso, the Ca’ delle Alzaie project consists of three residential buildings surrounded by vegetation and spread over about 8.000 square metres. Facing the river Sile, the buildings consist of 7 above-ground storeys – for a total height of 27 m – and a basement plate for garages, used as a large green area on the roof; along the western side of the lot, a pedestrian path connects to viale IV Novembre, guaranteeing visual continuity towards the river. The planimetric distribution of the volumes allows each residential unit to fully enjoy the relationship with the river landscape: placed next to each other, the three buildings form a discontinuous front, in which each unit is arranged according to a different rotation to optimise exposure towards the south and reduce reciprocal introspection. In this way, in addition to guaranteeing a high level of privacy for the interiors, a “visual barrier” effect is avoided, leaving free wide perspective views between one body and the other towards the passage along the Alzaia.

Through the presence of greenery on the two main fronts, the three buildings recall the qualities of the surrounding landscape, whose appearance changes with the seasons, and guarantee a high quality of life, in direct relation with the open spaces.

In total, vegetation accounts for 51% of the project’s surface area, about 2 hectares, with the planting of 400 low-trunk trees and 170 trees, 120 of which on the façades.

Selected by agronomist Laura Gatti from among the native species identified by the Sile Park environmental plan, the plants in Ca’ delle Alzaie become a biodiversity hotspot, increasing the environmental value of the project.

All 60 flats that constitute Ca’ delle Alzaie – with an average of three flats on each floor – benefit from at least one terrace, with at least one tree. Inside the flats, large windows enhance the dialogue with the external environment, rendering the rooms airy and bright, amplifying their spatiality.

All the living areas are located south towards the river, while the night areas face north; the internal layout is reflected in the design of the elevations, strictly and intrinsically defined by the presence, distribution and potential growth of the plant element: in particular, the south façade, facing the river, is articulated in a series of continuous terraces – interspersed with vertical elements – designed with a depth of three metres to accommodate trees; the north façade, on the other hand, presents throughout its development a series of projecting linear vases housing small and medium-sized shrubs, punctually interrupted by vertical containers, similar to those on the south façade, for medium and large-sized shrubs.

In addition to integration with the greenery, which acts as a barrier to noise pollution and fine dust, the project is oriented towards energy conservation and the protection of natural resources: hence the choice of anti-pollution paints, the use of renewable energy sources and the selection of materials used for the building’s interior spaces and exterior surfaces.

Finally, particular attention is paid to the relationship and dialogue between the building lot, the public area and the river, with the creation of an embankment – entirely treated as a flower meadow with the insertion of shrubs and trees – that covers the level of the private garages.

On top, it houses the private gardens of the first level homes, a communal garden and communal vegetable gardens. On the south side, the two slopes of the embankment descend towards the river with natural inclinations contained by a two-metre wall that separates the Restera public pedestrian and cycle path from the green space. On the north side, slopes with a regular geometric configuration are cut by concrete retaining walls to leave space for building entrances.

Outside the southern area along the Via Alzaia, the retaining wall is set back in three places in favour of the public path. Parking areas equipped with linear seating, bicycle stalls and outdoor exercise equipment are provided here. A strip of public green space is also designed against the boundary wall, with the intention of restoring quality to the existing pedestrian path along the river, further encouraging its use by citizens. 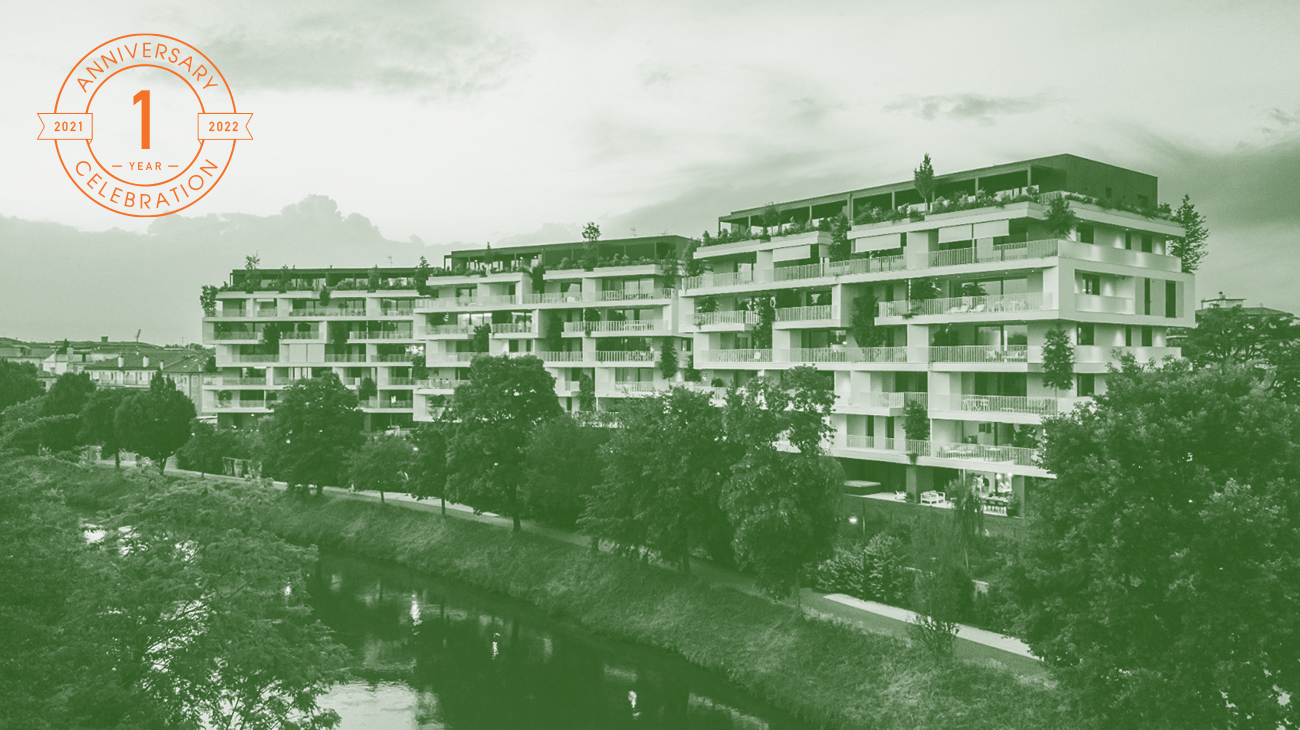 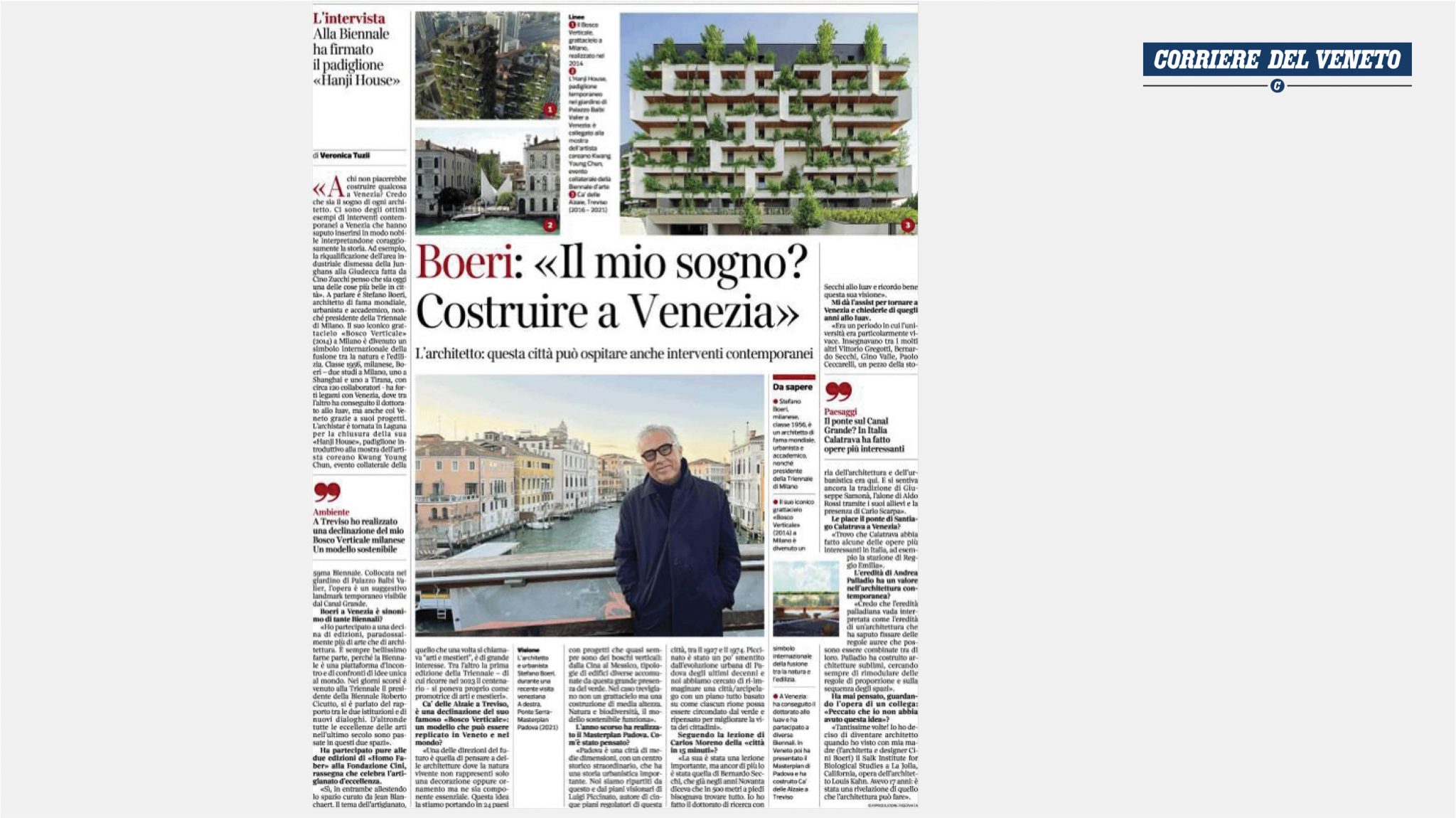 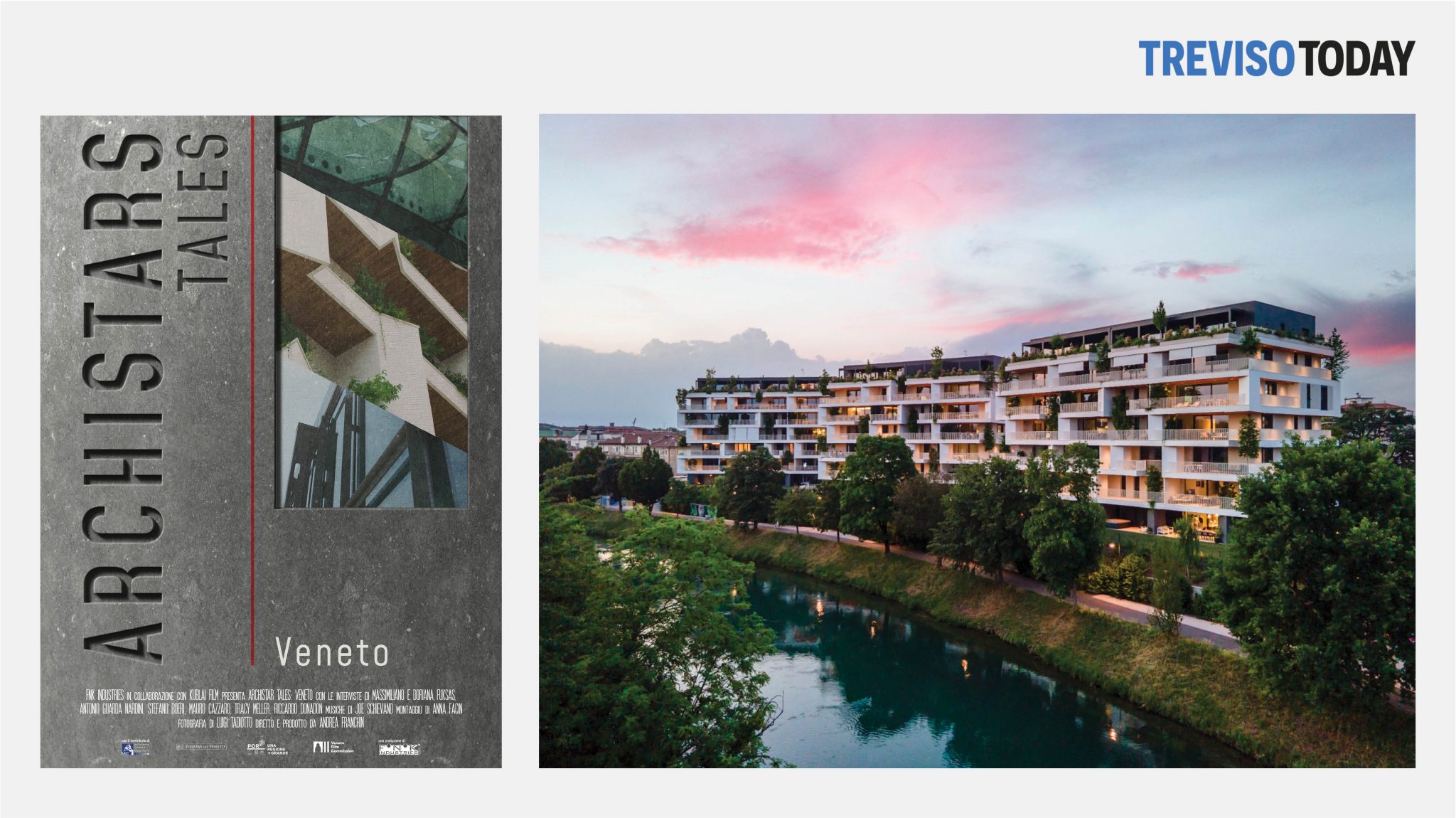 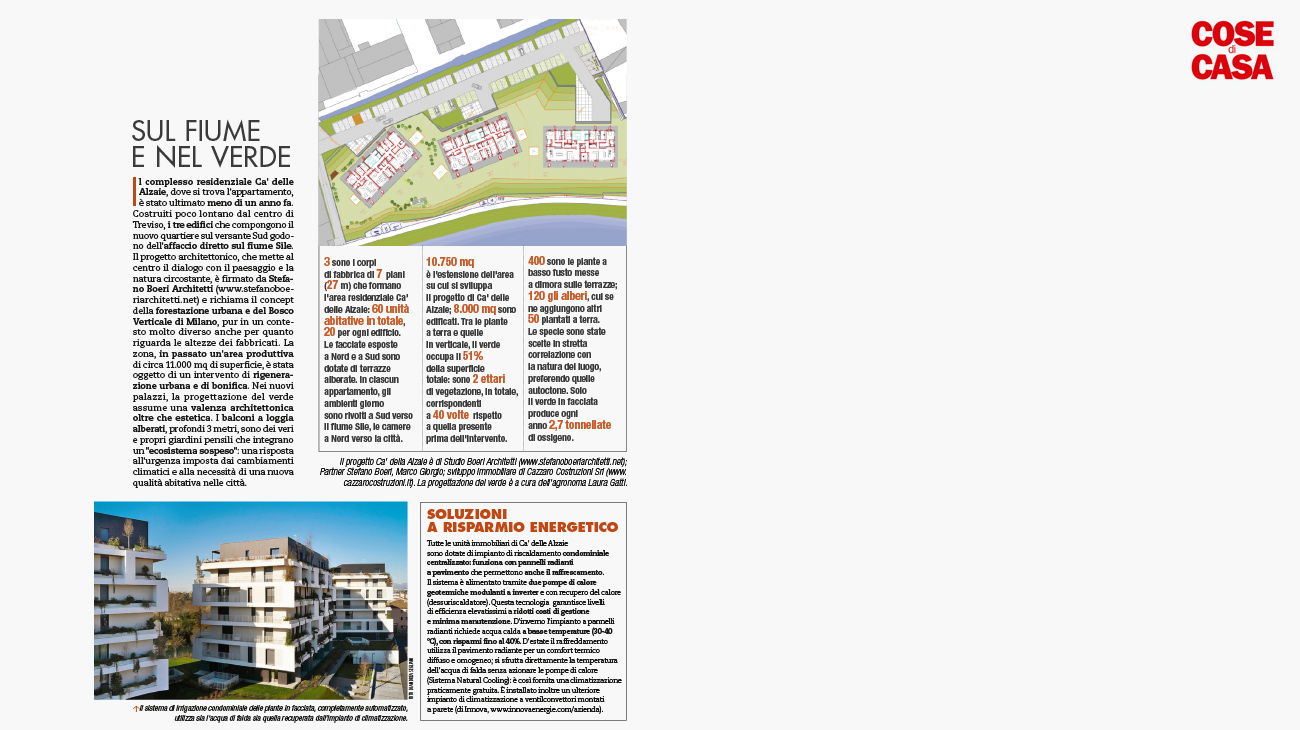 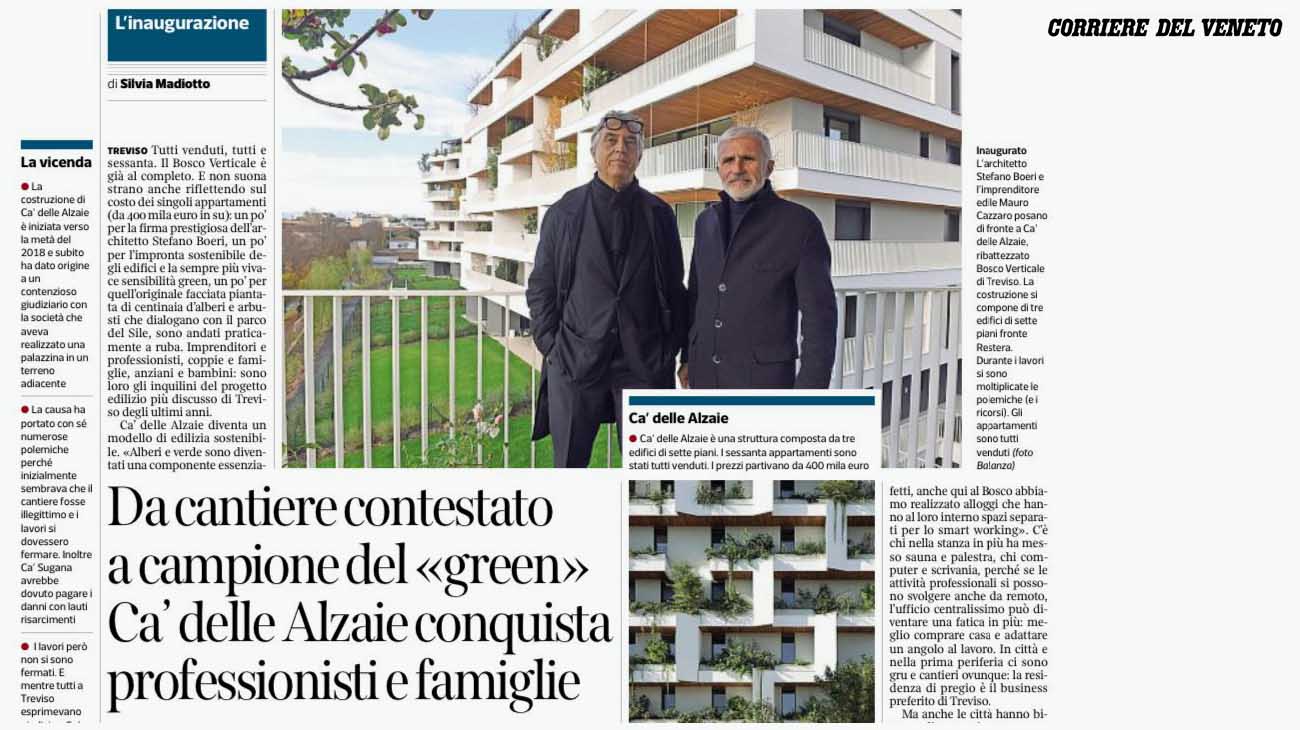 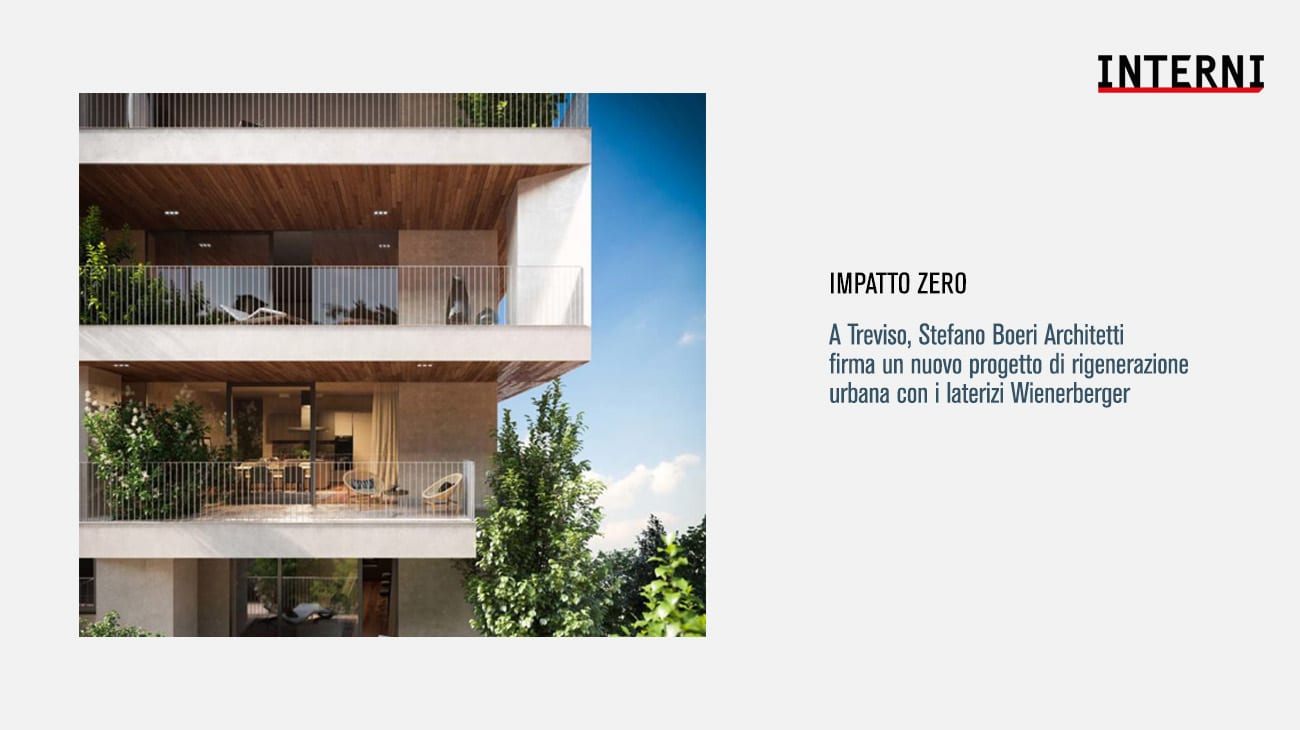 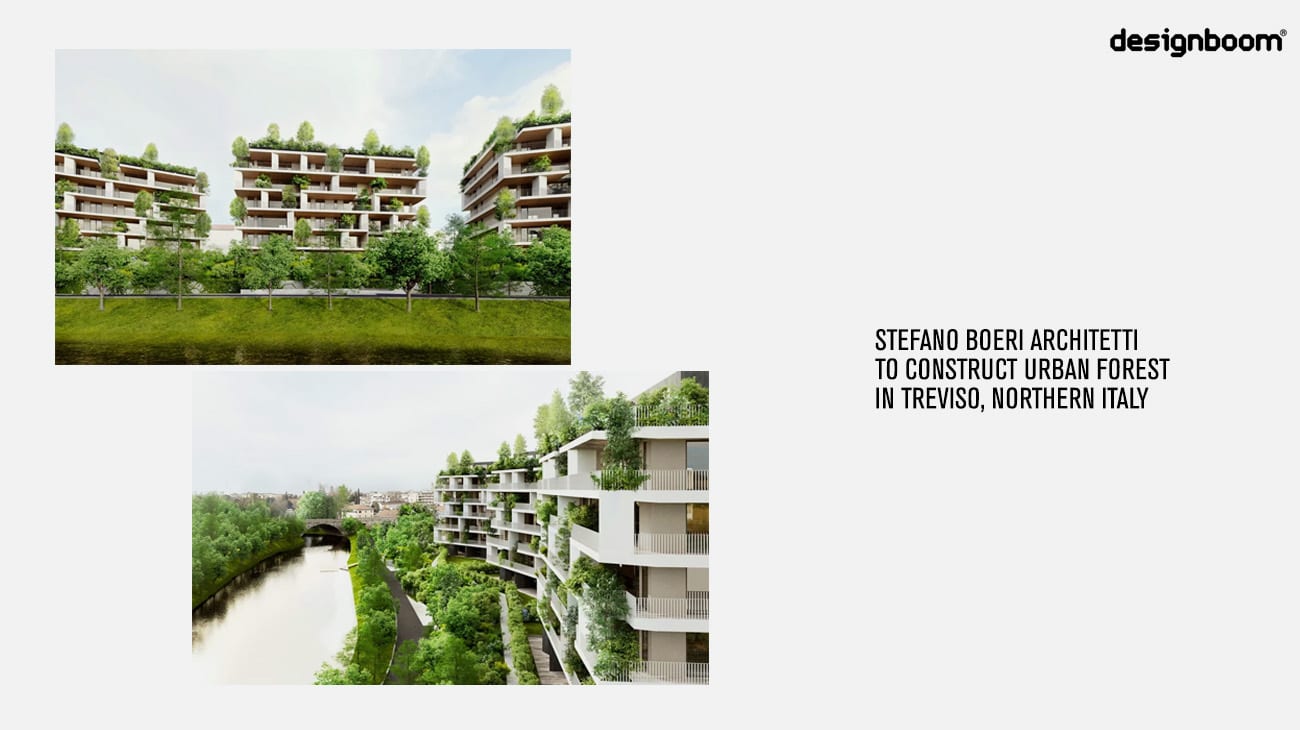