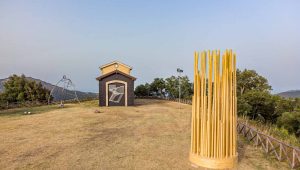 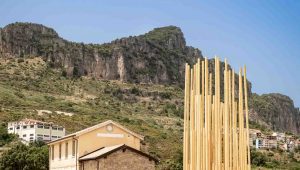 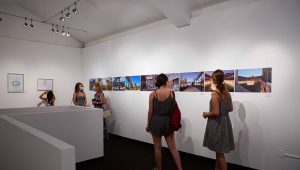 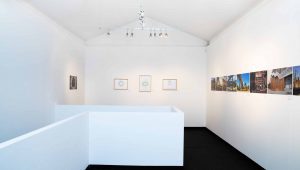 Stefano Boeri Architetti participates in a surprising dialogue with Maria Lai‘s work at the Art Station, the hub of research of Ulassai’s space. The exhibition, entitled Stefano Boeri. Sii albero is designed as an itinerary that intends to reconnect and emphasize the points of contact between the famous architect and the artist. Sii albero tries to find the coincidences in the work of two creative minds who have focused their poetics on the relationship and reciprocity between human beings and the environment, in an eco-responsible, sustainable and prolific perspective, of respect and coexistence.

Both, architect and visual artist, in fact, have come to promote an alliance between nature and living beings. Stefano Boeri interacts with the Sardinian artist by conceiving a prototype of public space, the Urban Hugs, a variation of the Radura project (2016). The installation consists of ninety-five cylinders in fir wood, long and thin, which create an ephemeral structure, cozy and hospitable, in which the users can indulge themselves with the melody of the song “Vision” played on cello by Piero Salvatori.

An exhibition and artistic proposal to confront both climate change and the overpopulation of the globe, topics dear to both figures. Like many of the architect’s ideas, in fact, numerous works by Maria Lai focus on fragile social and environmental balances. In these works “nature hides behind an apparent reality” and for which “only the artist is admitted into the mysterious enclosure where she releases herself, through an unexpected confidence, that short circuit of sympathy by virtue of which nature yields and manifests itself. The work is born from this abandonment “.

The exhibition, in addition to the Radura degli Abbracci, also finds space in the former train shed, where you can watch the screening of the short film The Trojan women, awarded at the Venice Architecture Short Film Festival 2020 and exhibited for the first time in a museum institution. The film, directed by Stefano Santamato and produced by Paolo Soravia / The Blink Fish for Stefano Boeri Architetti, recounts – identifying with the point of view of the fallen trees – the 1500 km long journey, from the forest of Vaia (Friuli) hit by the terrible storm of October 2018, to the scenography of Euripides’ Trojan women, set up for the Greek theater of Syracuse in 2019. To conclude the exhibition, there are sketches, photographs and video materials of the installations of Radura realized around the world. The last, Radura della memoria, was built in Genoa, following the collapse of the Morandi Bridge (August 2018): a wooden podium, 50 meters in diameter, which houses 43 species of trees recalling, as well as the multifaceted vegetation of the Mediterranean bush, the number of victims of the collapse.