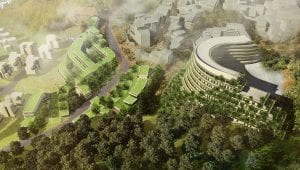 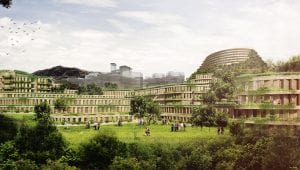 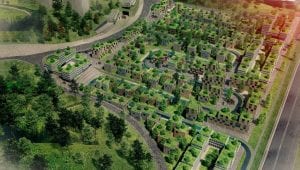 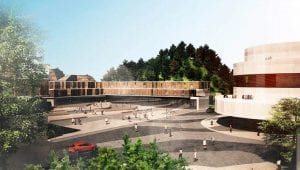 Located in the Guizhou Xingyi Wanfenglin area, a part of Southern China covering approximately 400 acres, the planning programme includes the design of different architectural styles laid out in six built areas. These include an entrance area, a space dedicated to exhibition halls and a restaurant, a shopping street and three residential areas called East Village, Central Village and River Park Village. The fundamental theme of the intervention is Urban Forestry, capable of integrating new buildings with existing natural ones and making the complex sustainable both from an architectural and energy saving point of view while welcoming the wide range of biodiversity within it. The entire area is surrounded by a high-intensity main road system and connected internally by a network of low-intensity roads and cycle-pedestrian paths. Considerable space has been planned for green areas and the planting of new trees, so that the intended buildings fit into the morphology and the territory in which they are inserted.

The Entrance Hall building resembles the appearance of the surrounding natural territory, having a volume resembling a huge cracked rock whose interior can be seen thanks to a glass façade through which it is possible to see. The entrance to the area is underlined by the relationship between the building in question and a genuine rock, almost a mirror image in shape and size and dominated by a number of trees that increase its natural aspect while remaining in complete harmony with the new architecture. Near the Entrance Hall, which contains a tourist infopoint, the ticket office, the National Park offices and a restaurant, are the bus terminal, an underground car park and a bike sharing station that facilitate mobility and the area’s internal and external connections. Once past the entry point and surrounded by greenery,buildings containing restaurants or kiosks and used as refreshment points follow one another.

Continuing in the direction of the heart of the area and taking one of the planned low-intensity roads, the user comes into contact with the commercial road which has 15,000 square metres of buildings distributed according to a mixed architectural system able to accommodate both large retail outlets and residential environments for tourists. These consist of one basement floor that follows the lie of the land and is dominated by independent units used as accommodation in close contact with the greenery and newly planted vegetation that make the architecture part of the existing landscape. The position on the ground is underlined by wide pedestrian paths that facilitate the usability of the spaces and allow visitors to enjoy urban and natural views. The area housing the theme-based pavilions enters into dialogue with the commercial street and is divided into six buildings, differentiated according to the international cuisine they host and which take up an area of ​​2,000 square metres. This is intended for various functions including a concert stage, a children’s games park, a picnic area, a water park and a greenhouse. The structures making up the pavilions are highly recognizable on account of their clearly visible rectangular mesh structure which makes it possible to alternate between full and empty spaces and allows nature to creep into the architecture.

The heart of the Guizhou Xingyi Wanfenglin area is home to the Central Village whose distinctive element is the Cultural Centre, a cylindrical structure with separated elements containing panoramic terraces and external paths that allow the user to admire the surrounding mountainous landscape. The first floor, cantilevered over the foundations, highlights the main covered entrance and increases the surface of the square which the Cultural Centre itself overlooks. In fact, various pedestrian, bicycle and low-intensity car routes converge on the Centre Plaza which also houses other buildings and commercial activities, sports and leisure areas, private apartments, hotels and exhibition spaces. The square and the public buildings around it are encircled with apartments for artists: human-sized spaces that are spread throughout the area like a number of independent structures whose ground floor hosts spaces for workshops and small exhibition galleries. Immersed in the greenery they remain in visual connection with the “Mini Villas” arranged around the surrounding hills. These belong to the East Village and their main feature is their green roofs which are able to accommodate a number of plants and shrubs of varying sizes.

The last area consists of the River Park Village and includes a planned proposal that extends to 82,000 square metres, divided into residential volumes of various sizes including theme-based accommodation, personalized villas and houses with courtyards, set above well-spaced commercial areas. Like the East Village, the main feature of these residential and commercial volumes is the presence of greenery on the roof and in collective communal spaces.

Near the Guizhou Xingyi Wanfenglin area there is also the Mountain Forest Hotel, a construction that takes its inspiration from the ecosystem and the morphological qualities of the Valley. 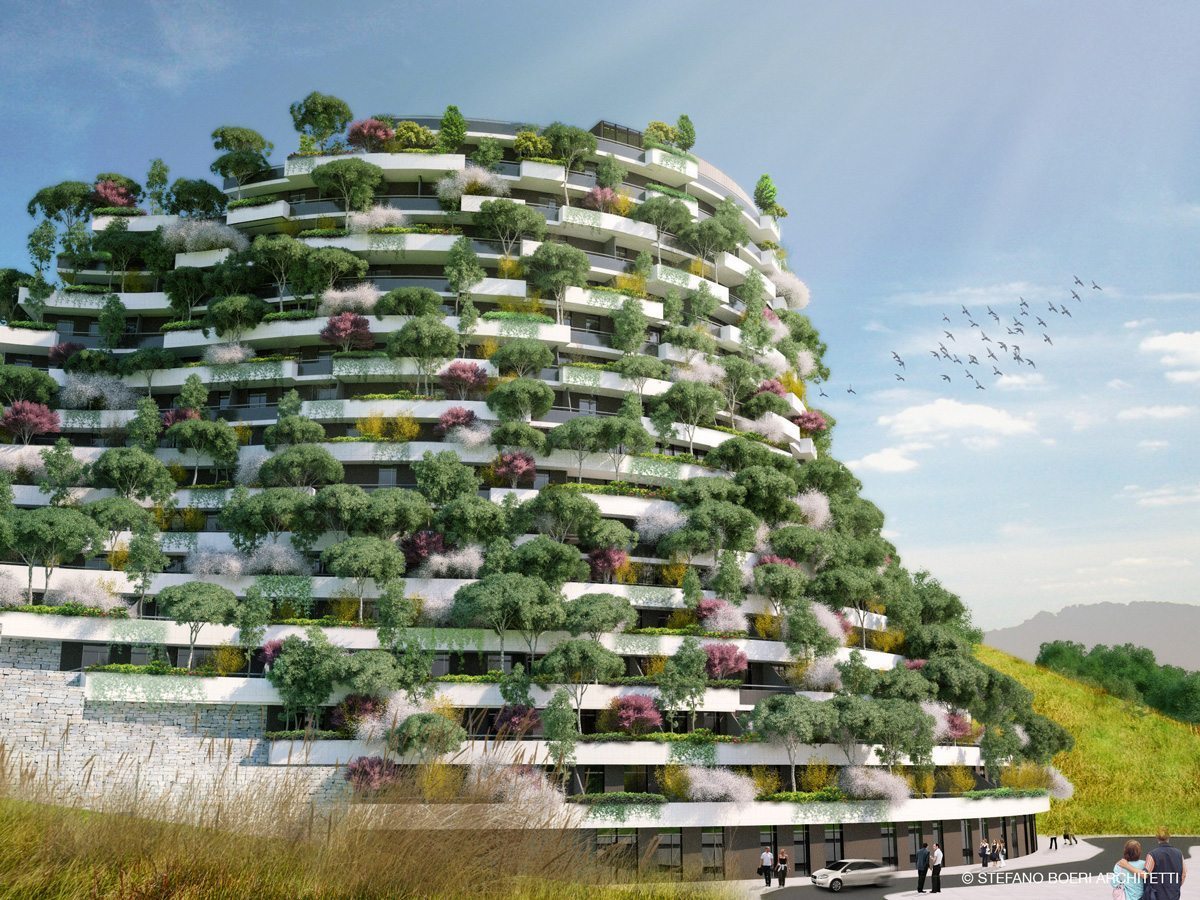