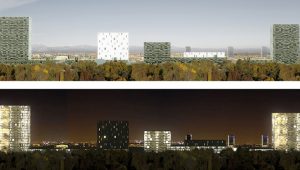 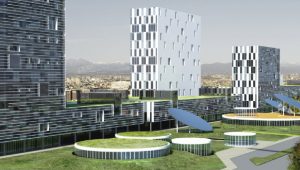 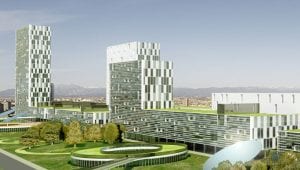 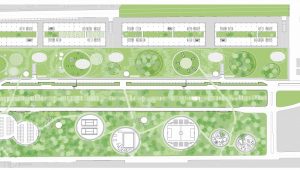 Promoted by Siemens Real Estate and extending over an area of ​​about 180,000 square metres, the plan for the new Siemens Headquarters in Milan envisages the construction of an 80,000 square metre building for offices and services surrounded by a public park of 30,000 square metres. The project proposal is based on a four-part system of courtyards, arranged along the east-west axis of the building. Occupying the first three floors, the long horizontal base of the complex is characterized by a similar image and marked by the rhythm of a series of towers and vertical elements that rise from it to different heights. The contrast between the “background theme” of the base and the variations in elevation and the distances between the vertical elements generates a dynamic rhythm which permeates the whole structure. The internal distribution layout is organized according to a series of functional strips, characterized by multiple destinations and different types and densities of the green areas that run throughout the building. The result is a structured and flexible system, capable of transmitting a strong and clearly distinguishable corporate image which is added to the qualities of a sustainable architectural machine, combining active and passive energy saving strategies.

The project interacts with the city mainly through two factors – one physical, the other historical. To go into further detail  the first of these considers the location of the new complex, designed to take its place in a barely structured urban context with little in the way of dispersion. Through providing a strong indication as a settlement, the intervention is intended to define a kind of limit, almost a new gateway into the city. On the other hand, the design approach considers the historical presence of a considerable number of large international company headquarters in the urban territory: extensive large scale complexes, often able over time to combine a sensitive dialogue with the city with a strong corporate image.

Architecturally, the project focuses above all on clarity, authority and efficiency. Essential in terms of construction and technology, the building applies clear and rational solutions without sacrificing spatial and formal quality. At the same time, Siemens’ strong corporate footprint requires representation in the form of an authoritative type of architecture, capable of representing the image of the company in the urban and international context in a striking and recognizable way. Finally, the project is efficient in that it minimizes its impact, concentrating the planimetric development of the buildings to the maximum, making the most of the east-west orientation of the site in terms of the supply of air and natural light; it incorporates active and passive energy saving systems and has a simple and rational distribution system that optimizes the use of space.

As already mentioned, this last aspect is achieved in particular through a succession of strips, each characterized by different usage and variations in the characteristics of the green areas. Proceeding from the north to the south of the complex, the offices are located in the first strip and benefit from the presence of a series of gardens for employees, arranged on the roofs. The next strip hosts a series of collective spaces in which ventilation spaces, accesses to car parks and a number of green islands create an integrated environment, generating a sequence of “craters” and “raised areas” in the park facing the road that call to mind the islands of an archipelago. The third strip, reserved for movement, is formed by the new road bordered by trees which contains lanes for public transport and cycle paths. Finally, located furthest to the south, the public park has been devised as an urban forest, in which there are various open areas intended for public sports activities.

Clearly separated from the office areas, the collective buildings are linked to them through a single underground connection. This choice offers several advantages, including direct access from the road, thereby generating an independent distribution system if necessary, the possibility of buying and selling the entire complex, and the elimination of service transit areas.
The sustainability of the project is also achieved through the choice of recycled or locally available materials which allow a reduction of the transport and construction impact. The excavated earth is then reused to design a moving landscape along with the activation of a series of active and passive energy saving strategies. The facades are developed to allow control of sunlight and temperature. To the north, east and west, the structure is built using three types of panels (transparent, semi-transparent and opaque glass), combined in varying proportions according to the need for thermal and light protection: these are more transparent to the east and north, more opaque to the west. To the south, the towers facing towards the road have a brise-soleil system with slats made from a recycled stone compound, while the remaining glass facades are shielded by sliding curtains made of recycled textile material. Active energy saving strategies include the use of groundwater for cooling systems and a series of systems for collecting and filtering rainwater for green irrigation. The active strategies are based on photovoltaic panels installed in the service building and above the towers, whose planned area (1,200 square metres) would be sufficient to satisfy the need for electricity in the parking lots and in the external areas and to provide energy for the mechanical systems that use the aquifer. 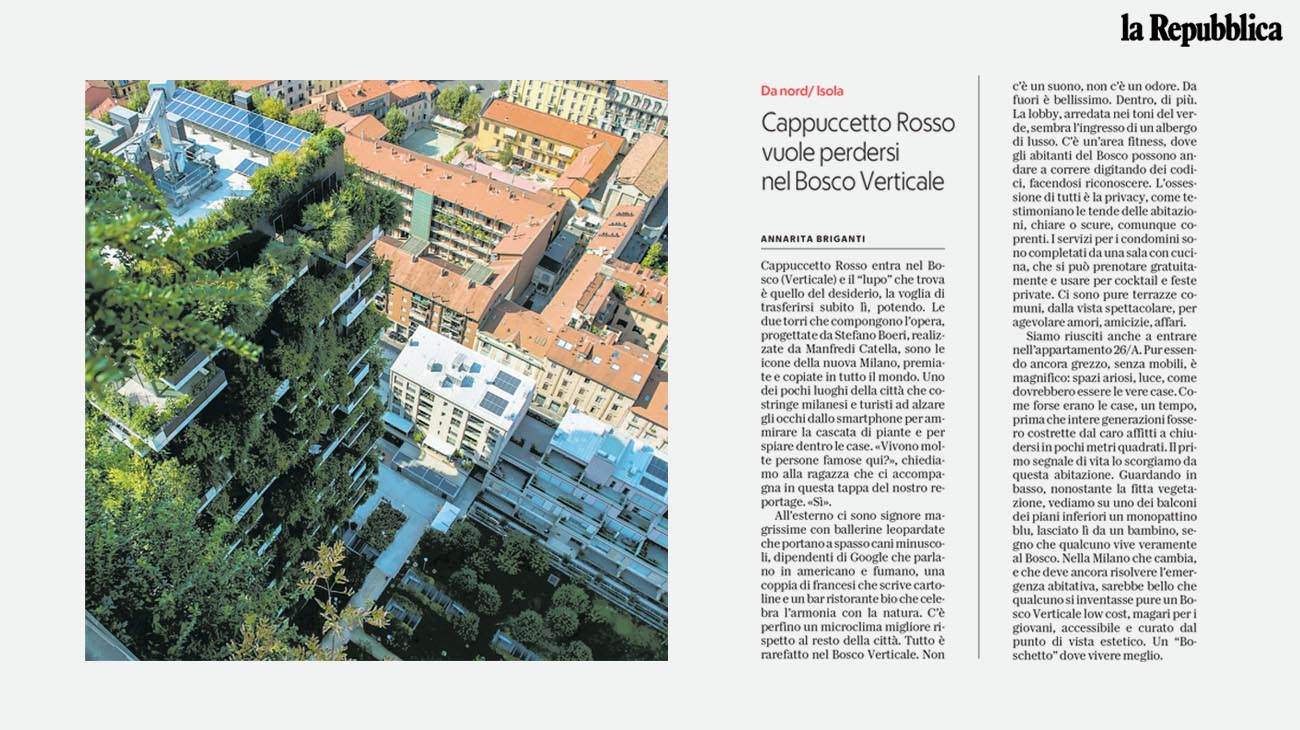