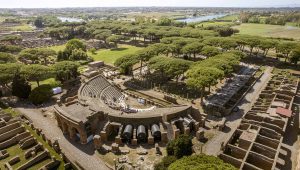 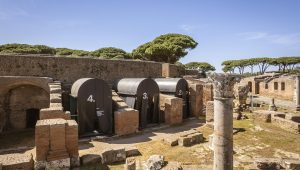 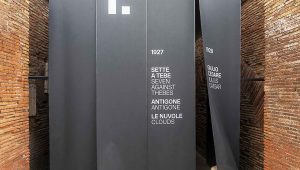 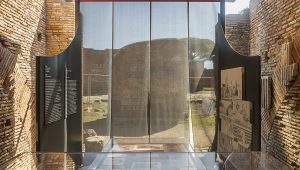 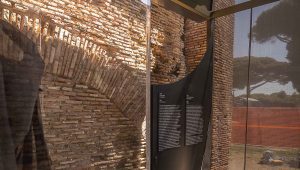 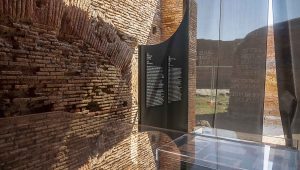 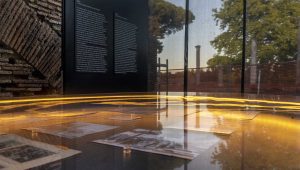 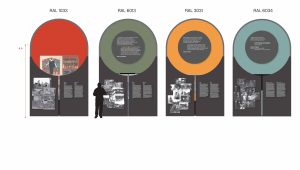 Built, according to various sources, under the Emperor Augustus, the Roman Theatre was renovated in 1926 by the archaeologist Guido Calza, enabling it to accommodate up to 2.800 spectators, and today – one hundred years after the performance of Plautus’ Aularia by Ostia primary school children – it is enriched by an exhibition celebrating this long history of artistic representation.

Stefano Boeri Architetti’s studio intervenes in continuity with the forms of the Theatre and in respect of the historical and archaeological context – Ostia Antica, together with Pompeii, is the largest archaeological site on the planet with an area of 150 hectares – creating at the same time spaces with a contemporary language realised with sustainable materials, with the aim of making the structures demountable and reusable in the future according to the needs of the Archaeological Park. In particular, the Quattro Volte installation project envisages the construction of four modular structures within the external fornixes of the Roman Theatre. By adapting to the different spatial conditions of the area, the new exhibition itinerary within the archaeological context allows for a different fruition of the archaeological spaces.

While the exhibition module is inspired by the original Roman theatre, in particular by the archetypal form of the round arch, it retains a character of independence, without the intention of proposing a philological reconstruction of the missing elements of the ancient structure. Each module, semi-open at the sides, houses an abacus of solutions designed to support, hang or display the objects of the exhibition within the showcases. The devices designed for the installation are inspired by certain forms and principles of ancient theatre: the amphitheatre in relation to the spectator at 360°, the proscenium seen as a podium, the tiers of seats that allow greater visibility in a reduced space, or the shape of the covering vault, which is intended to emphasise the precious character of the items stored inside.

Among these, the sketches and scale models by Mario Sironi and Duilio Cambellotti as well as a series of period documents, such as books, newspapers and photographs, from the archives of the SIAE Theatre Museum Library, INDA, Cinecittà Luce and the artists’ archives, including Duilio Cambellotti’s Opera Archive, as well as from numerous private collections such as the Andrea Sironi-Strauβwald Collection, have particular museological value. The layout of each module therefore varies according to the curatorial requirements and aims to create a content-rich and user-friendly exhibition itinerary that accompanies the visitor through one hundred years of classical plays, from the most ancient ones to the most recent spectacles that are still staged today in the evocative setting of the Roman Theatre.

In particular, the first module houses original drawings, period posters and scale models of the sets of the performances Sette a Tebe, Antigone, Nuvole staged in 1927 and Giulio Cesare of 1928; the second is dedicated to the performances Aululularia Menecmi (1938) and Uccelli (1947), including the stage costumes and original set design sketches; the third hosts the posters of the performances from 1949 to 1952 and a series of original sketches by Mario Sironi; and the last module completes the exhibition with period photos and videos recounting the 100 years of theatre performances and the history of the archaeological monument.

Special attention is dedicated to the choice of materials, dictated by the criteria of sustainability and relationship with the context, combined with aspects of safety and resistance to atmospheric events. Specifically, the structure of the display module is composed of steel tubulars (80x80mm) that form the frame to which the grey painted cladding elements are attached.

In relation to the preservation requirements of paper documents and historical stage costumes and, in particular, in order to guarantee the control of the lighting inside the module, the use of blackout curtains made of synthetic material at the entrance of each portal has been foreseen, in order to prevent direct contact of the exhibited materials with direct sunlight. The illumination of the showcases is instead carried out with dimmable recessed LED strips, which take into account the conservation values of the exhibits. Temperature and humidity are also controlled with a passive system through the insertion of a specific absorption material, depending on the morphology of the showcases themselves, as well as hygro thermometers. 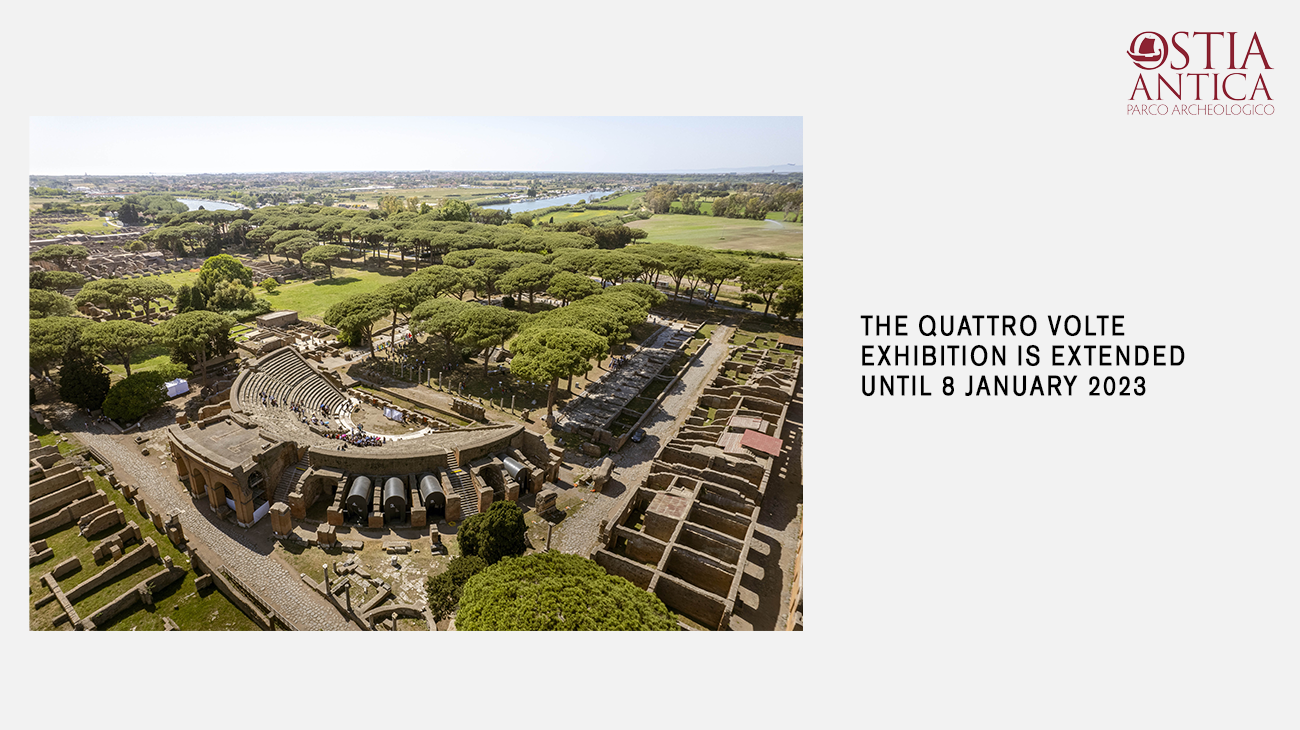 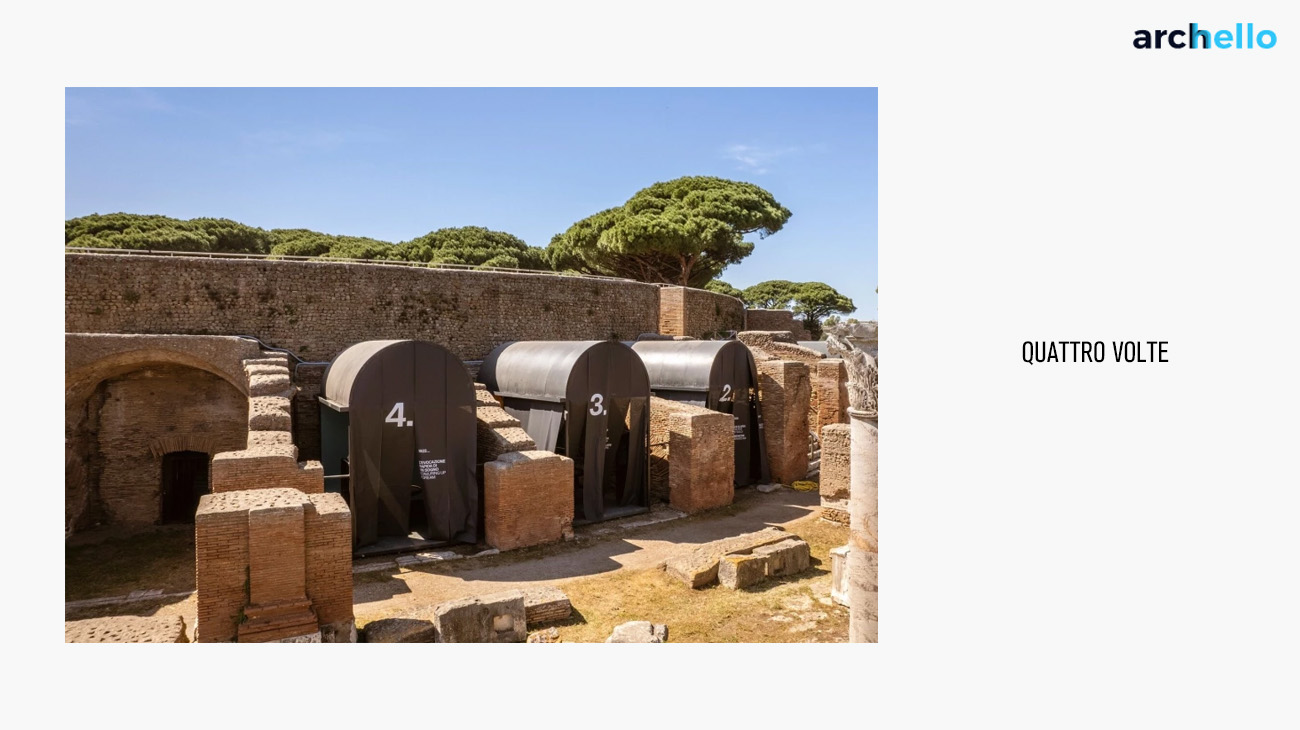 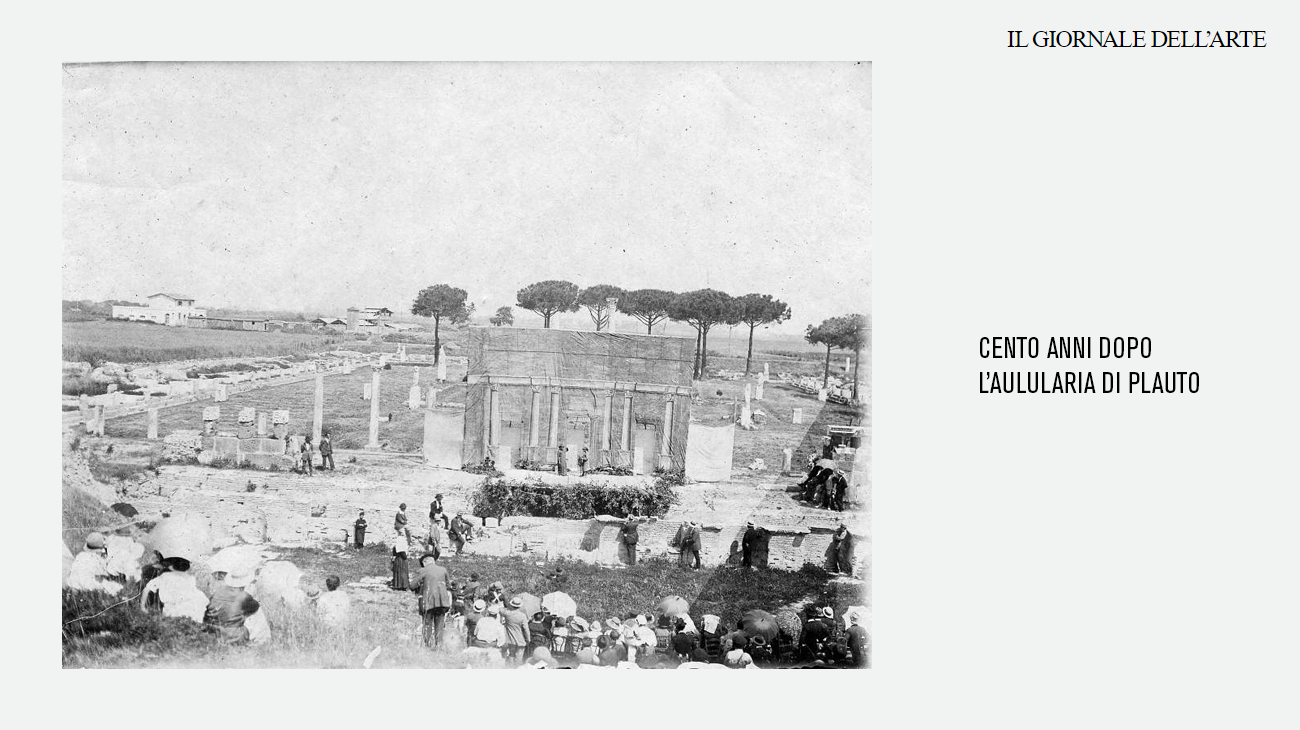