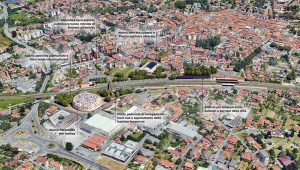 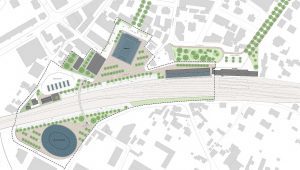 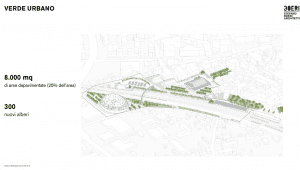 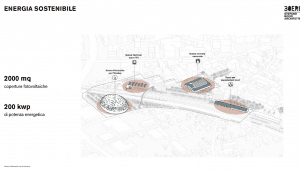 In the context of the regeneration plan of the Municipality of Sarzana, Stefano Boeri Architetti intervenes on a transformation area of particular interest for the future of the Ligurian municipality, already included and partially transformed by the 2009 Piano Botta.

The objective of the new Masterplan is to reconnect the urban fabric with a currently underutilised area, covering over 50.000 sqm, to be transformed into a new core of collective centrality.

In particular, the regeneration area is located at the heart of Sarzana, about 200 metres from the historic centre, bordered on the southern side by the disused railway terminal and on the northern side by the former Municipal Market, now temporarily used as a sports hall for the city’s track hockey team.

If the southern part of the area of intervention sees the strong presence of the railway axis as an urban caesura, on the eastern front the most interesting element is a historical building parallel to the tracks, originally used by the station and today underutilised.

Similarly, around the area of intervention a series of other public buildings are situated, such as the XXI Luglio school, the Ex Ospedale San Bartolomeo and Villa Ollandini, which could become the flywheel of a widespread regeneration of the Sarzana centre.

Starting therefore from an existing context to be valorised, the project sets as its primary objectives the regeneration of the area, located in a strategic part of the city, with the reactivation of the former market as a new centrality and urban square, together with the settlement of new public functions and the enhancement of slow mobility. In this regard, the Masterplan envisages a new interchange pole for sustainable mobility, with the addition of a bike-sharing and car-sharing station linked to the railway and bus station.

As a first step the project scenario foresees the relocation of functions related to sport, an element of identity for the city, since the structure currently used as a ‘hall’ for hockey is currently limited in capacity and size. The construction, on the opposite side of the railway, of a new building suitable for accommodating 1.200 spectators – as well as changing rooms, a medical room, warehouses and all the necessary functions – also involves the creation of a public square in front of it, obtained by reducing the footprint of the building.

A second phase envisages the reactivation of the existing public buildings, re-installing the Municipal Market in the historic building and reconverting the abandoned terminal into a bus terminal, a central urban hub for students from the city and neighbouring municipalities. Finally, the public building in the eastern area is rehabilitated to be open to the community: public and aggregation activities, such as coworking spaces or new local associations, can be housed inside.

Regarding the public space, two new urban squares – covering a total of over 3.500 sqm – are redeveloped by the intervention, in correspondence with the new arena and the market. In addition, 8.000 sqm of new green areas are included, resulting from a major depaving of the area, which is currently strongly characterised by artificial and 90% impermeable soil. This significant increase in urban greenery represents a fundamental element in defining the character of the new master plan: green areas, in fact, occupy 25% of the total surface of the intervention, creating important filter belts along the railway line, as well as more liveable public spaces.

Another central aspect of the new masterplan is defined by mobility, since road flows are optimised and the road system in the market area is reconfigured, also through the redevelopment of the car parks with draining surfaces. With this in mind, an elevated footbridge is also designed to cross the tracks, aiming to connect public functions, overcoming the obstacle of the railway and creating a continuous space for citizens, defined by new paths for widespread pedestrian circulation.

Finally, special attention is paid to the energy issue, for which the upgraded buildings play a fundamental role as collectors of renewable energy: the intervention envisages, in fact, the insertion of 2.000 sqm of photovoltaic surface on the roof – equal to about 200 kwp of potential energy production – increasing the contribution of clean energy in the area, which thus stands as a new and essential centrality of Sarzana.

The numbers of the project: 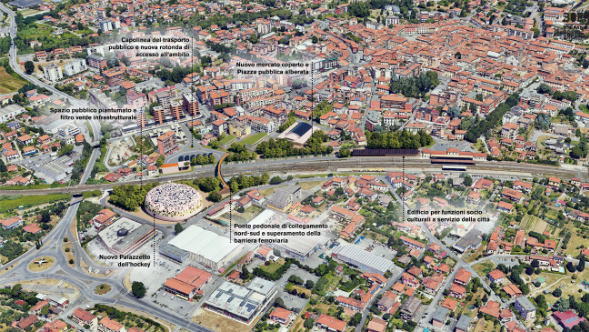 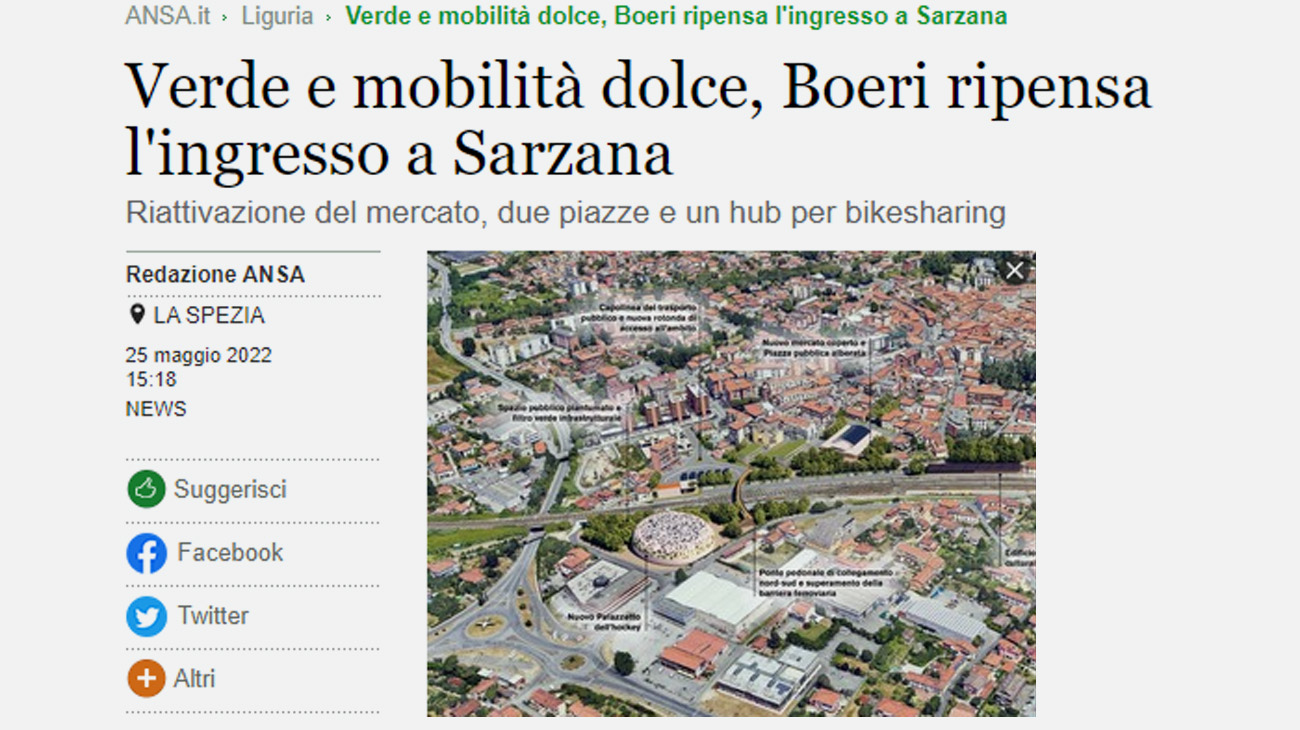 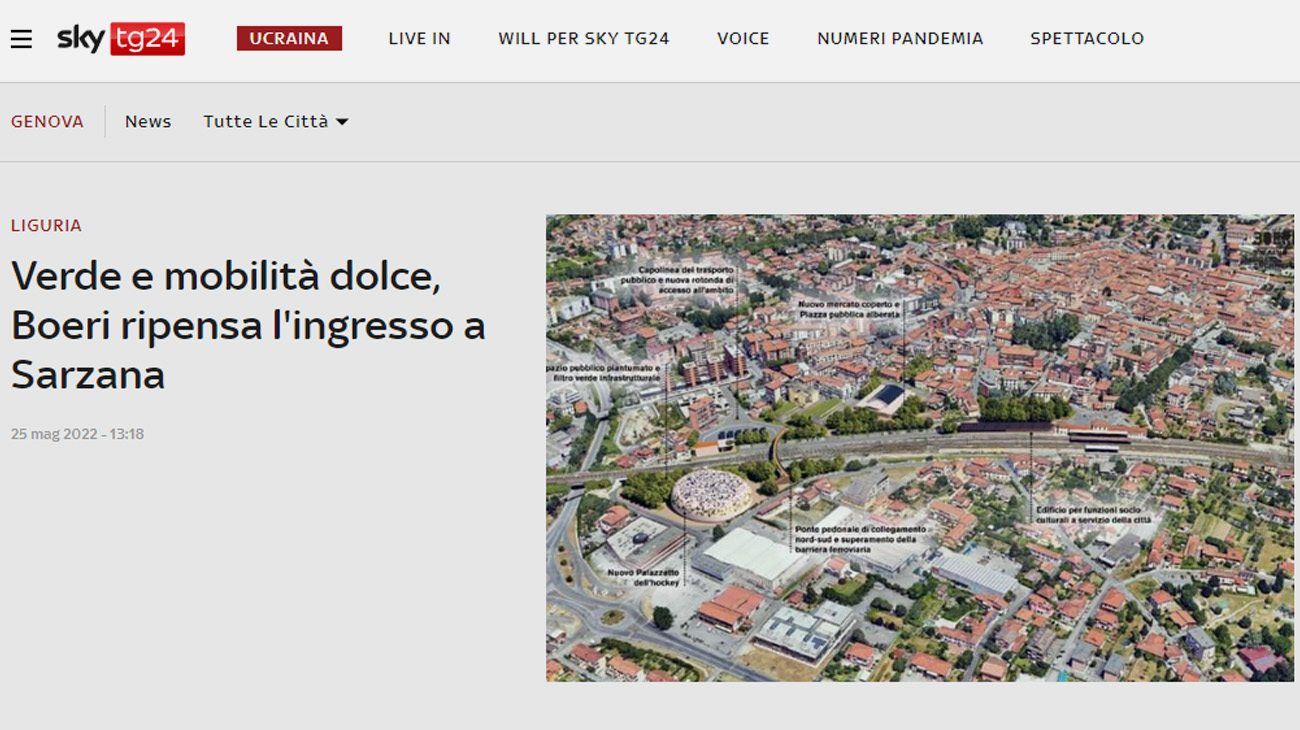 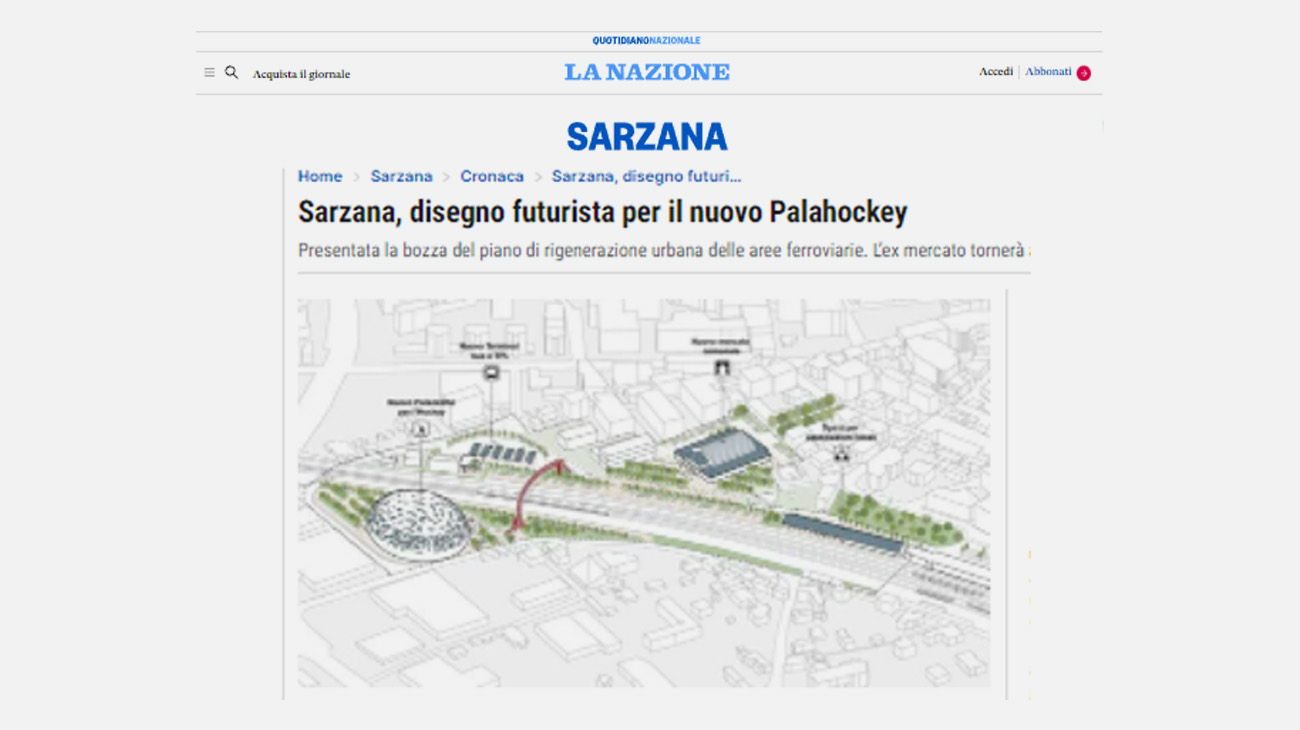 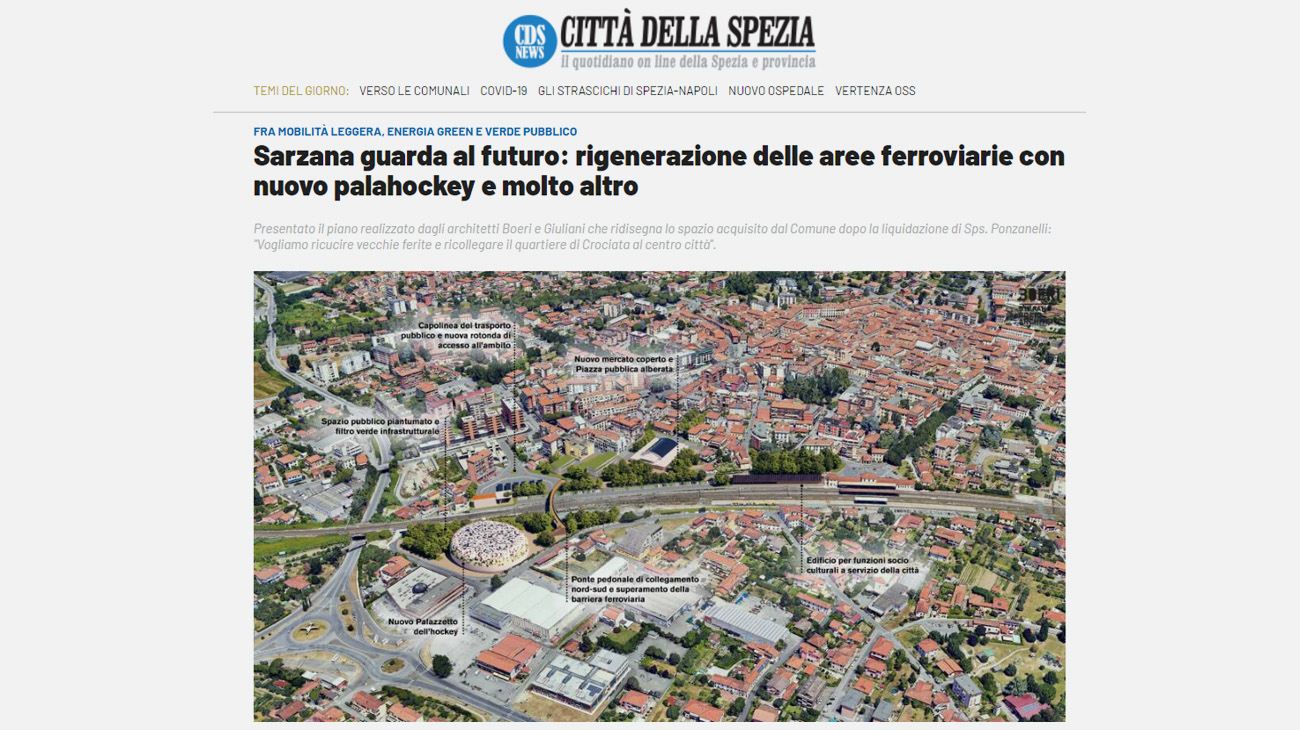