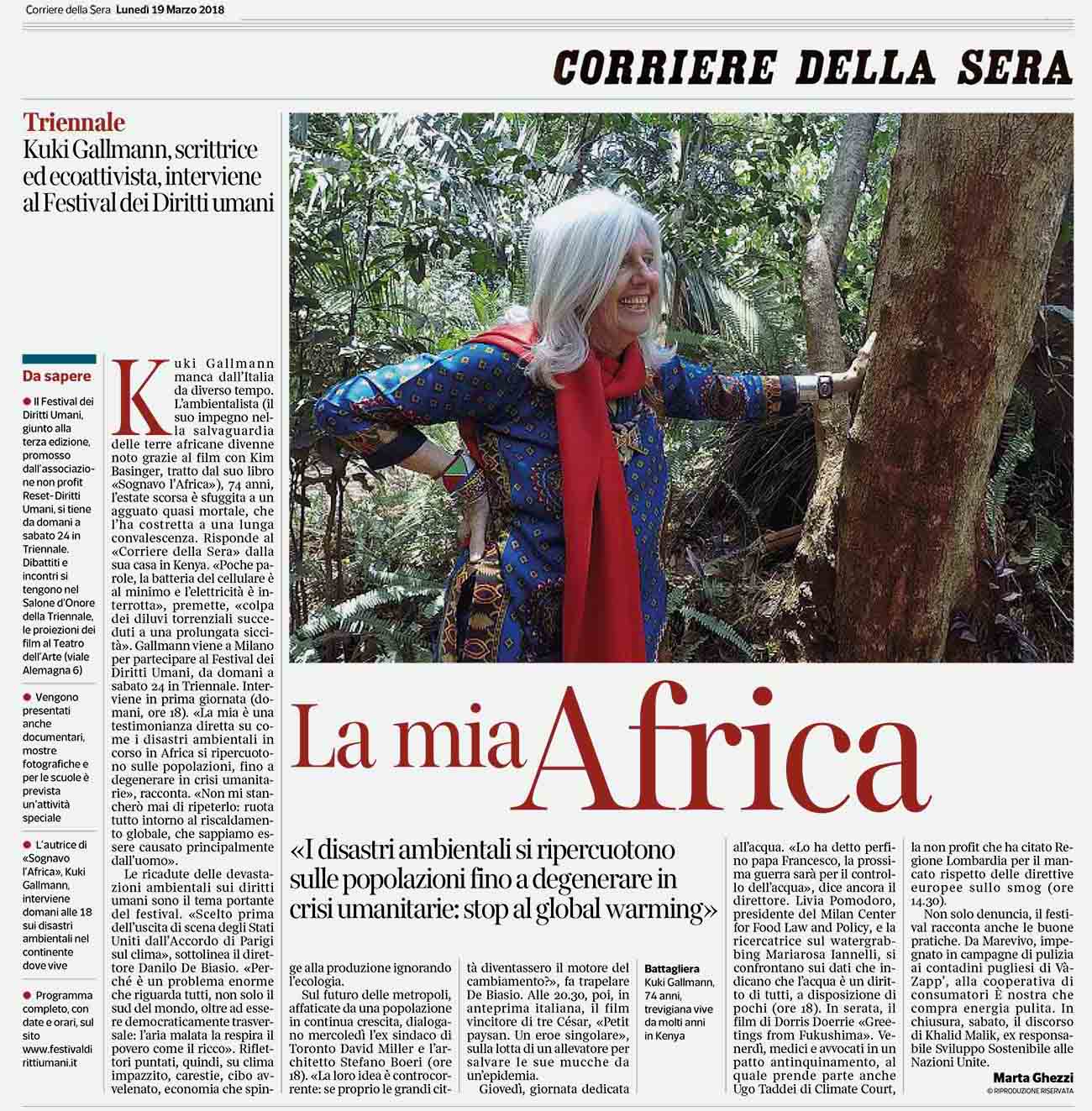 Corriere della Sera introduces Human Rights Festival with a focus on the participation of the activist Kuki Gallmann.
The ecologist committed for a long time to the protection of african lands, who will be in Milan to participate to the third edition of the Festival that will take place at the Triennale from March 20th to 24th. «My testimony is generated by a direct experience on the impact of environmental disasters occuring in Africa on the population, degenerating in humanitarian crysis», reports. «I won’t get tired of repeating it: everything is about climate change, which, as we all know, is caused mainly by human action».

The main theme of the Festival – chosen before the exit of the United States from the Paris Agreement on climate, as reported by the director Danilo De Biasio – is the consequences of environmental devastation on human rights. The attention will be drawn to the climate change, famines, territory consumption, food contamination and economical processes that ignore ecology.

On wednesday, March 21st at 6:00 pm Stefano Boeri and  David Miller, Director of C40 Cities Area North America and Ambassador for the Inclusive Climate Action, the former mayor of Toronto, will dialogue on the future of metropolis, overloaded by a continuously growing population. They have been involved as promoters of revolutionary strategies, as De Biasio says: «Their idea is upstream: what if the big cities became the engine of the change?».

For the entire program of the event consult the page: http://festivaldirittiumani.it/programma-2018/