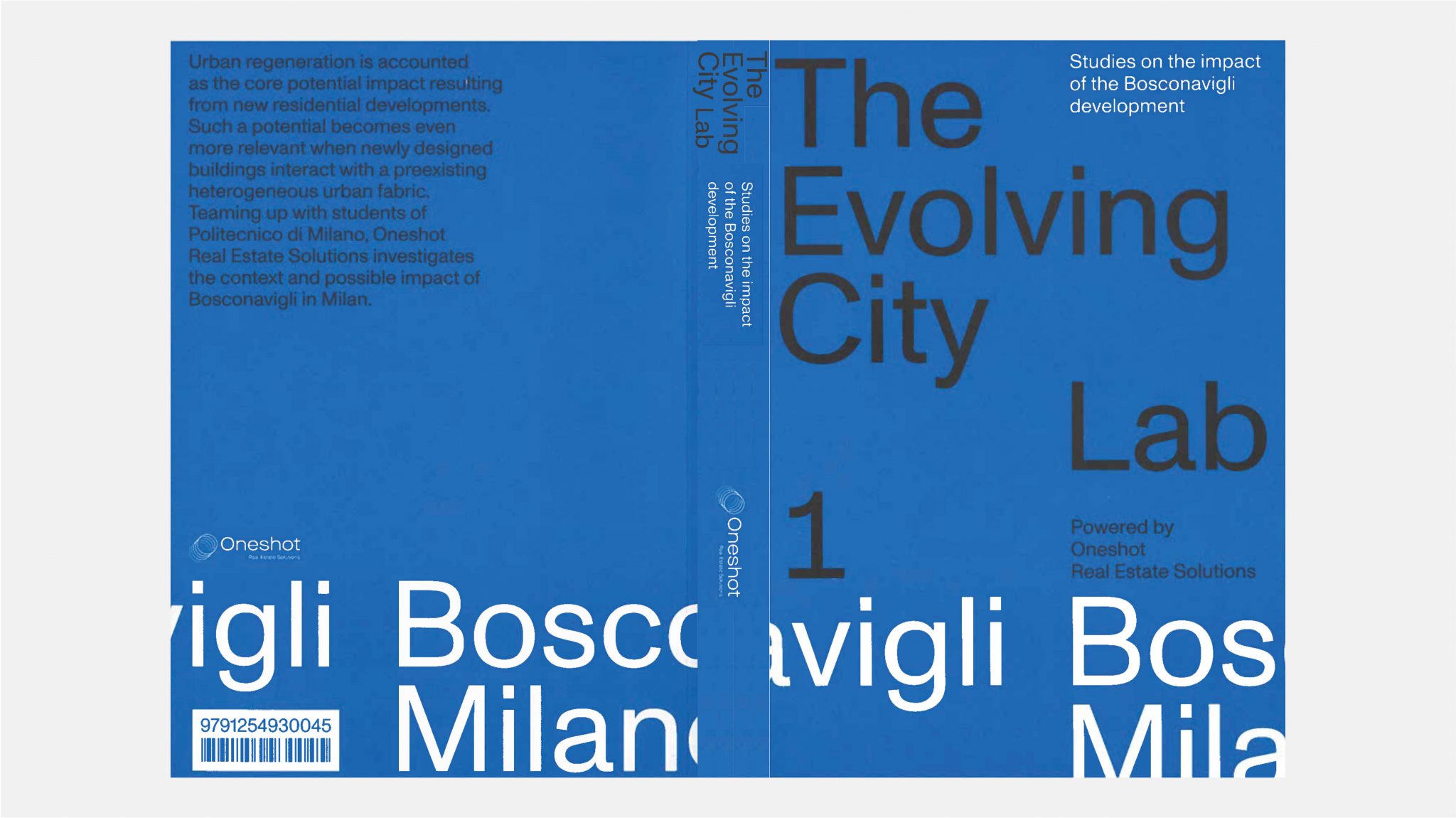 The Evolving City Lab 1, a volume produced by Oneshot in collaboration with the Politecnico di Milano, analyses the implications and the development of the San Cristoforo district, the meeting point between the city and the Ticino river area and the Alzaia del Naviglio di Porta Ticinese, also linked to the presence of the Bosconavigli project, a residential complex designed by Stefano Boeri Architetti with Arassociati and AG&P greenscape.

As part of the urban vision for Milan that envisages the decommissioning of the freight yards, the overcoming of infrastructural barriers between neighbourhoods, new Urban Reforestation projects and the improvement of the quality of public spaces, the project represents a pivotal element between the city’s highly built-up fabric and one of its historic neighbourhoods, characterised by low-density buildings and a widespread presence of greenery.