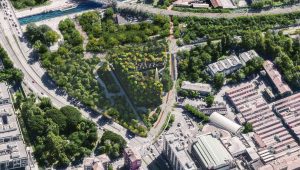 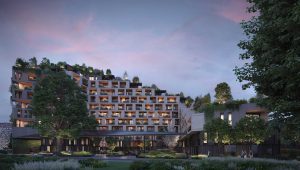 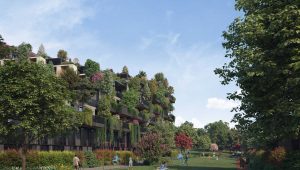 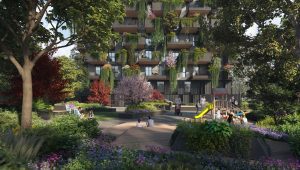 Bosconavigli is the residential complex designed by Stefano Boeri Architetti with Arassociati and AG&P greenscape, in the San Cristoforo district of Milan, a junction between the city and the Ticino river area and the Alzaia del Naviglio di Porta Ticinese.
As part of the urban vision for Milan, which envisages the decommissioning of freight yards, the overcoming of infrastructural barriers between neighbourhoods, new Urban Reforestation projects and the improvement of the quality of public spaces, the project represents a pivotal element between the city’s highly built-up fabric and one of its historic neighbourhoods, characterised by low-density buildings and a widespread presence of greenery.

On an architectural level, the building incorporates and reinterprets the courtyard house typology, typical of the Lombard tradition; the volume has a spiral shape that makes it possible to exploit the progressive variation of heights (up to a maximum of 11 levels) to create green terraces with the aim of favouring and maximising the use of open spaces, both public and private, and the relationship with the surrounding natural context.
On the one hand Bosconavigli is characterised by the presence of 170 trees, of 60 different species, together with shrubs and climbing plants, arranged on the façade, on the roofs, in the hanging gardens, balconies and loggias. On the other hand, the project is inserted in the centre of a system of green spaces and public paths: around the building there is both a 3500 square metre park for condominium use, hosting functions related to sports and recreational activities, and the redevelopment of a public area of more than 7.800 square metres and the future Linear Park along the disused railway track. In this perspective, particular attention was paid to the presence of a large solitary elm tree, the historical symbol of the area, around which it was decided to develop the volume of the building.
On the ground floor the network of flows and paths, thanks to the numerous entrances on Via San Cristoforo, facilitates access to the different areas of the building. Here, and in a portion of the first floor, the public functions are located, including a double-height restaurant-bistro and a wellness facility with swimming pool, gym and sauna.

All of Bosconavigli’s 90 flats, ranging in size from 45 to over 300 square metres, include large outdoor spaces, conceived as an extension of the indoor ones, true ‘open-air rooms’. Loggias and terraces, in addition to guaranteeing a high quality of living, are also the main element in the design of the elevations, which are articulated by their orientation: the façades that insist on the internal courtyard are characterised by a weave of loggias, an interplay of full and empty spaces designed to protect from the summer sun’s rays and favour the winter ones; the façades that dialogue with the urban fabric, on the other hand, are characterised by an irregular alternating system of balconies, developed to host plants and tall trees, which guarantee a barrier against noise pollution and fine dust, favouring an increase in biodiversity and a general improvement in the building’s energy performance.
Special consideration has been given to the integration of technological systems capable of optimising the building’s energy and environmental sustainability, such as the use of solar and photovoltaic panels on the roof, the collection and recovery of rainwater (all the green areas will be equipped with automated irrigation systems using rainwater recovery) and the production of geothermal energy.

Overall, due to its environmental value, the project represents a new way of living in the city, with a view to increasing integration between living nature and architecture. Together with the Ca’delle Alzaie (Treviso) and Palazzo Verde (Antwerp) projects, Bosconavigli represents an opportunity for Stefano Boeri Architetti’s studio to rework, in a low-density housing key, the Bosco Verticale prototype in Milan.
Integration between open spaces and interiors, enhancement of greenery, dialogue with the urban context and functional mix were the essential principles of the design approach, profoundly rethought during the pandemic period to address and respond to contemporary housing needs. Following the lockdown period, which profoundly influenced daily life and habits, the project saw a profound transformation aimed at implementing the open spaces pertaining to each flat and enhancing the internal flexibility character as much as possible. 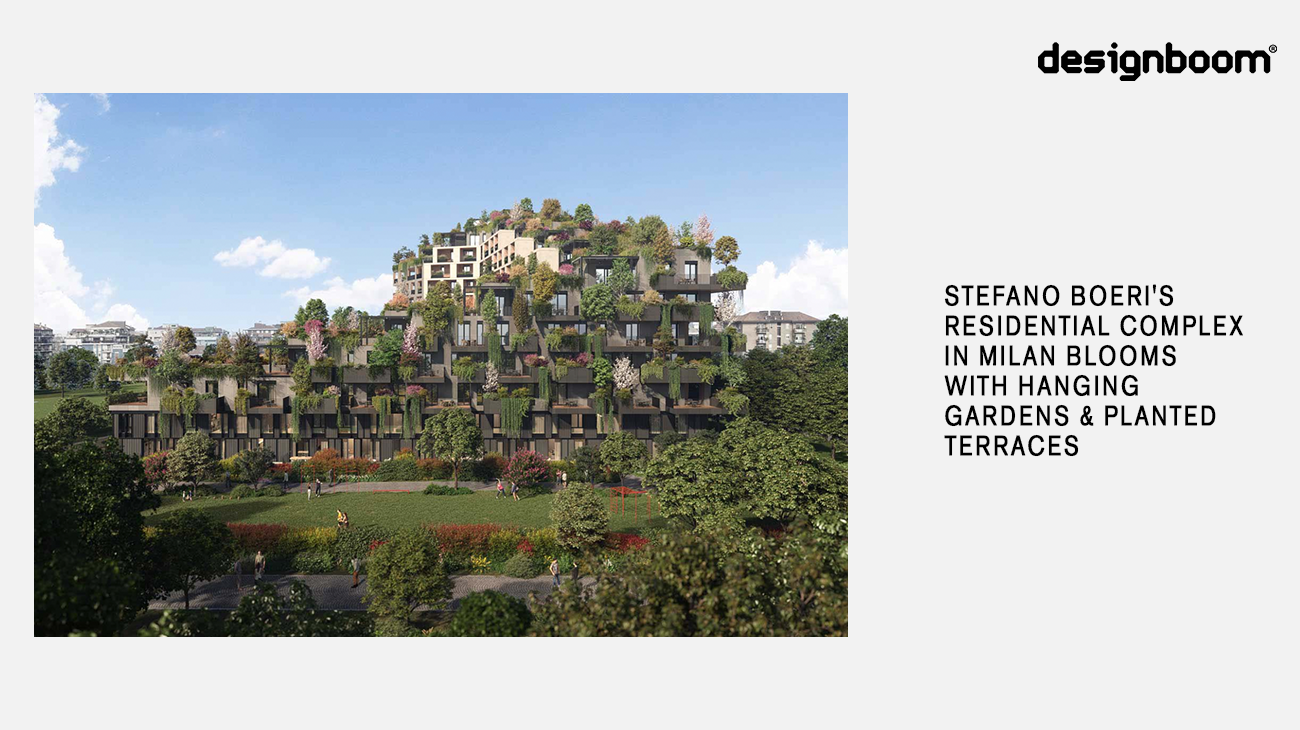 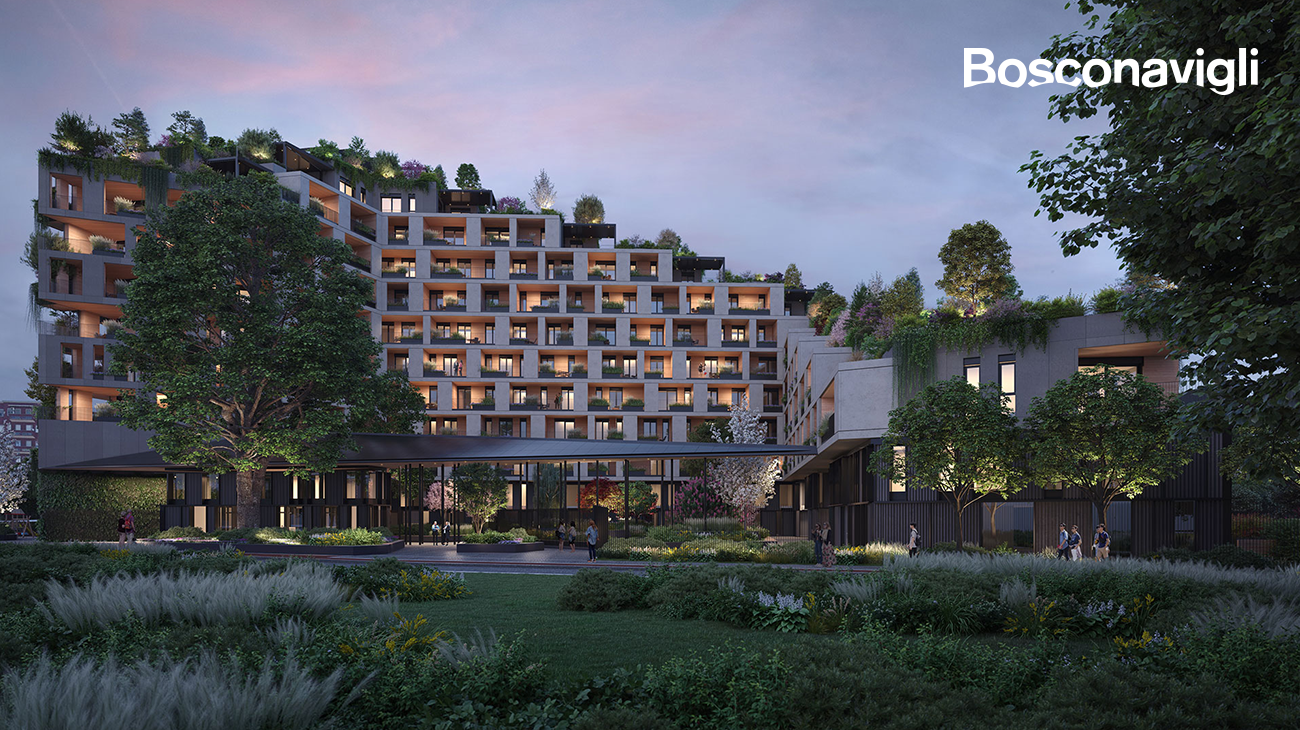 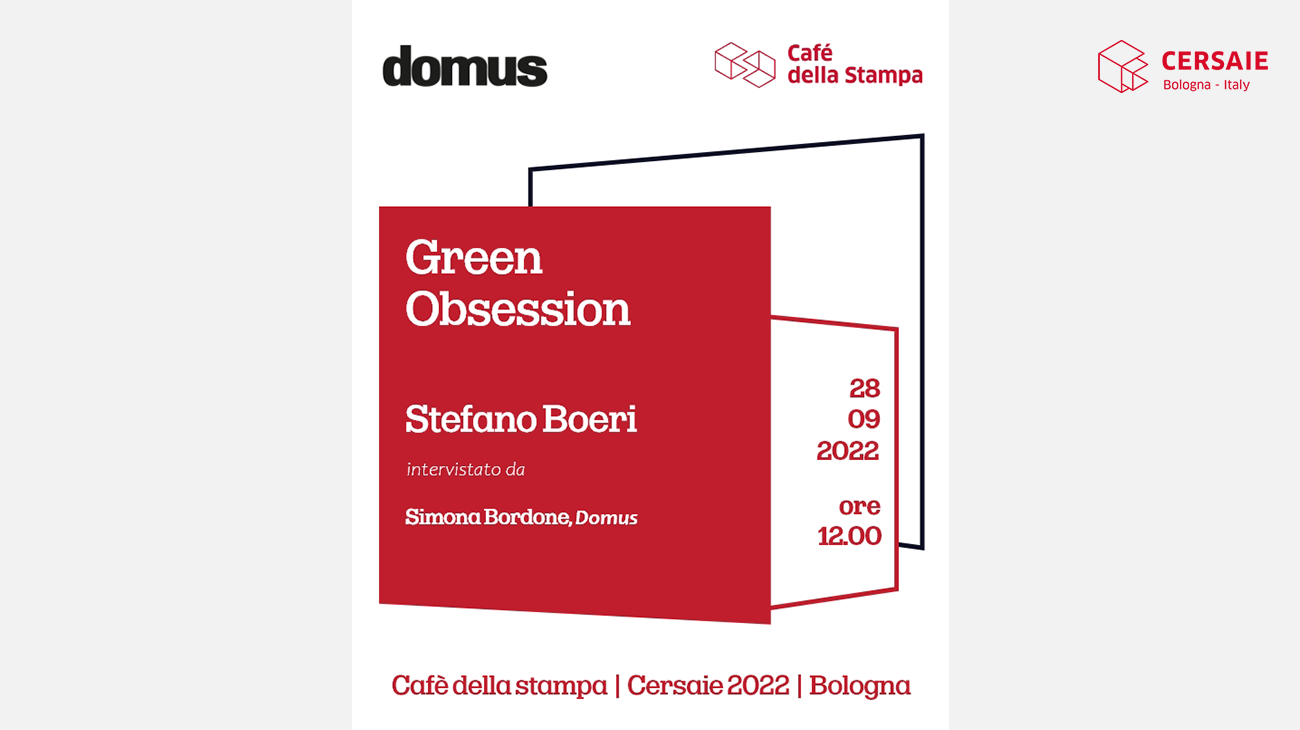 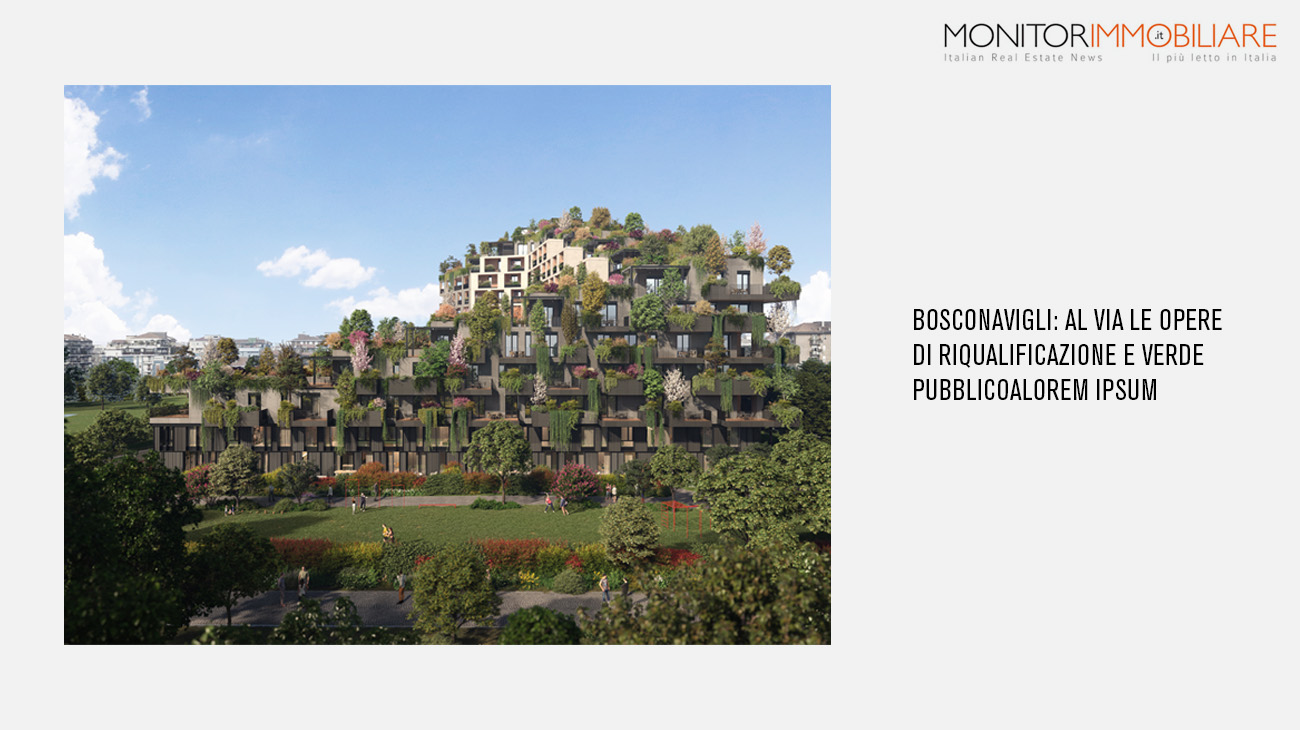 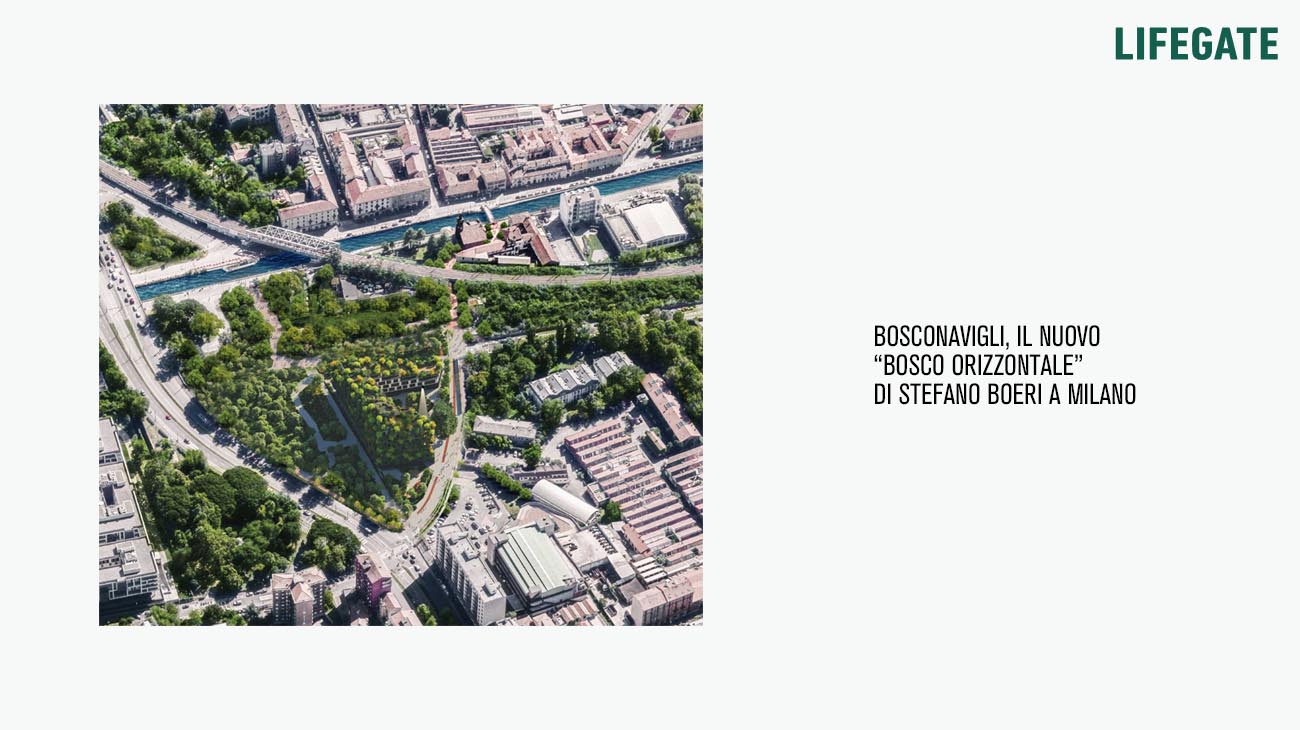