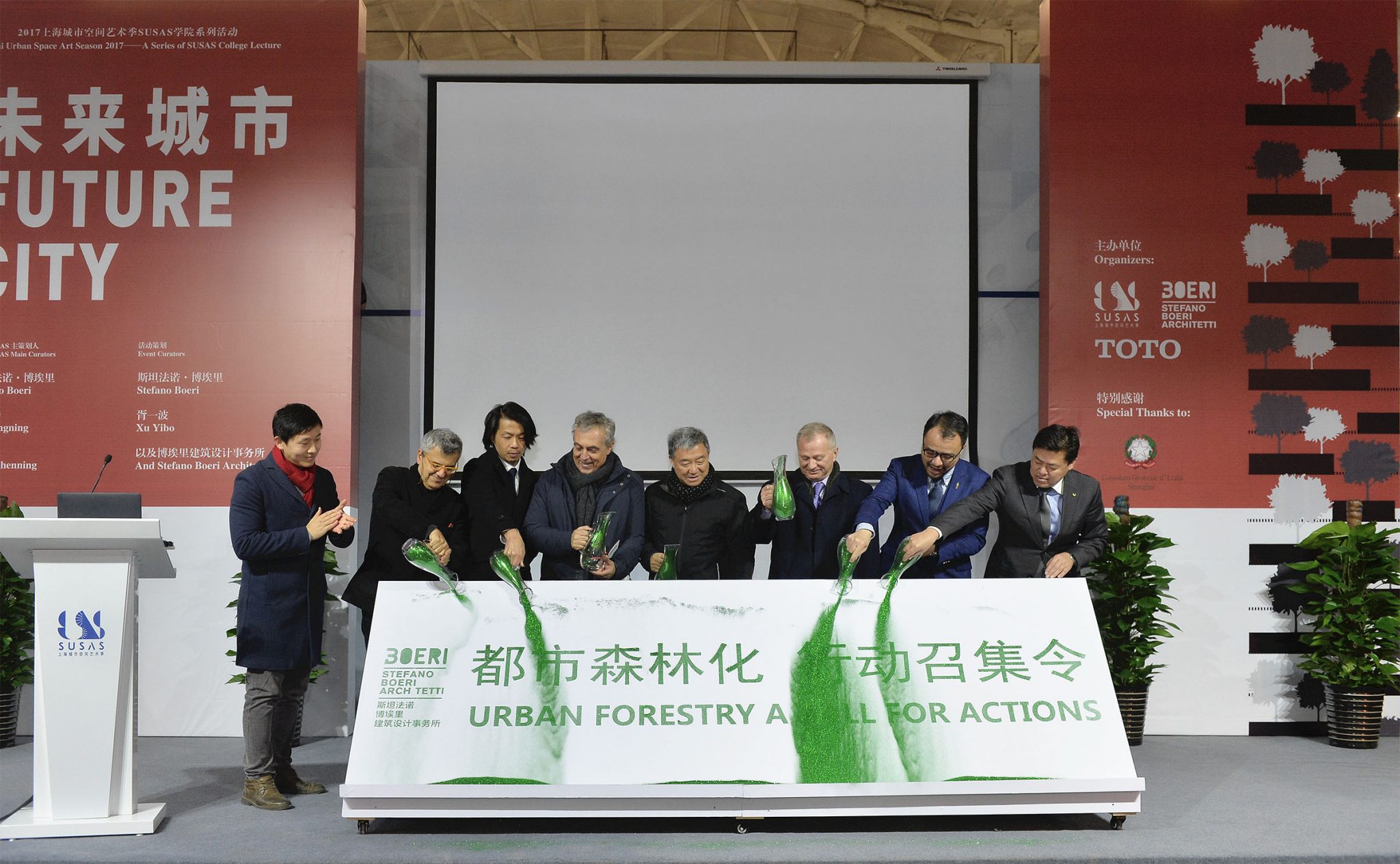 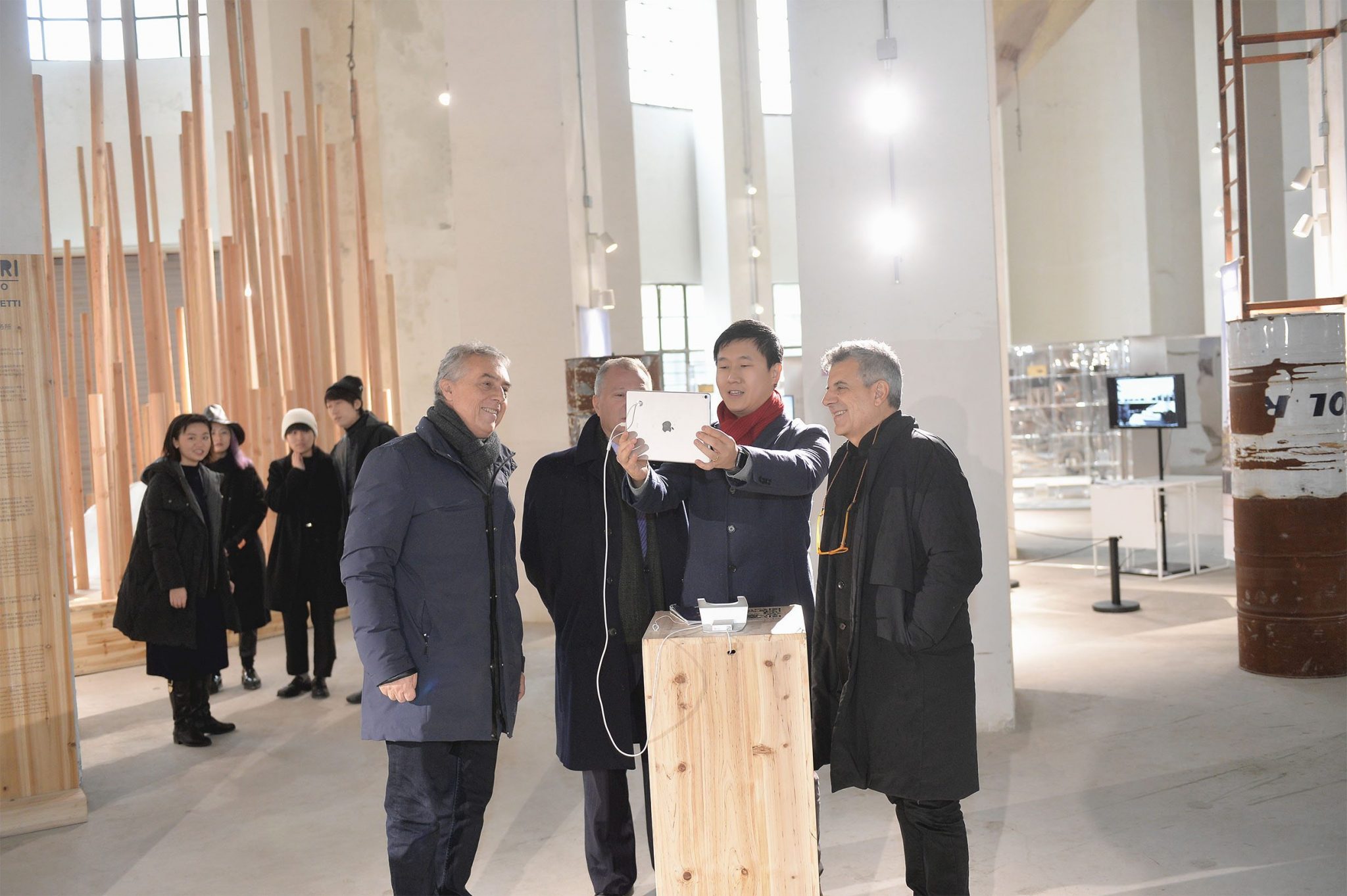 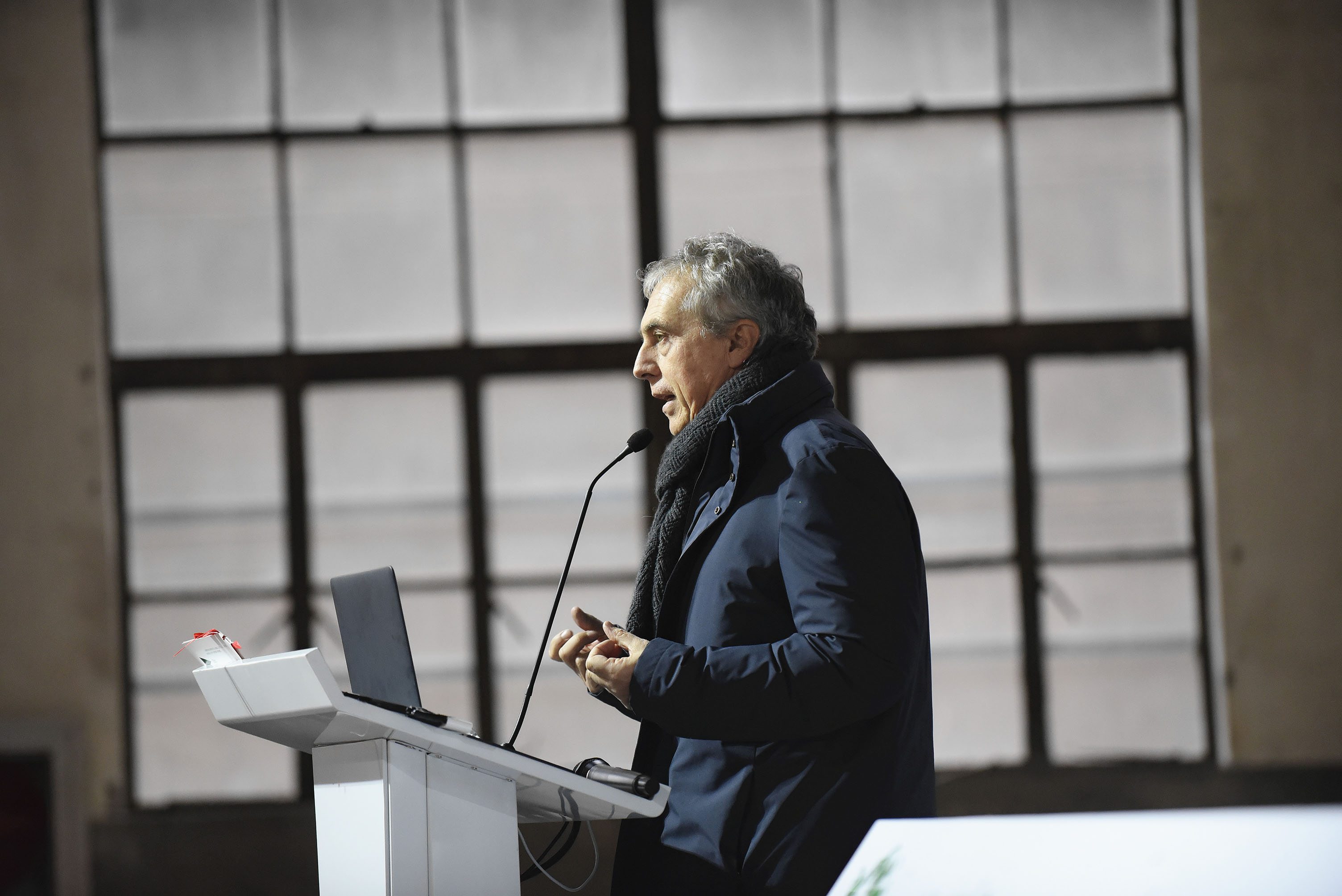 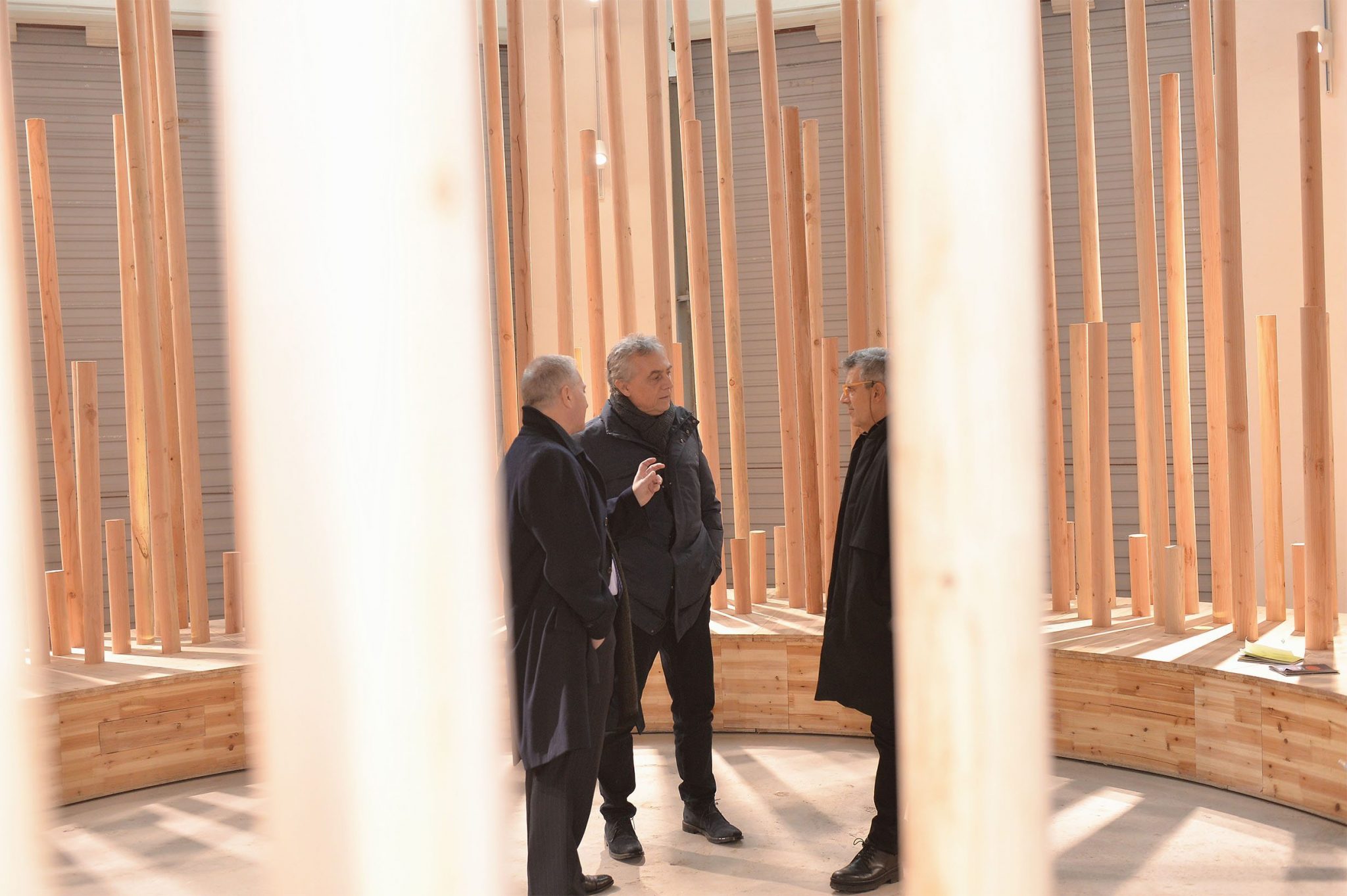 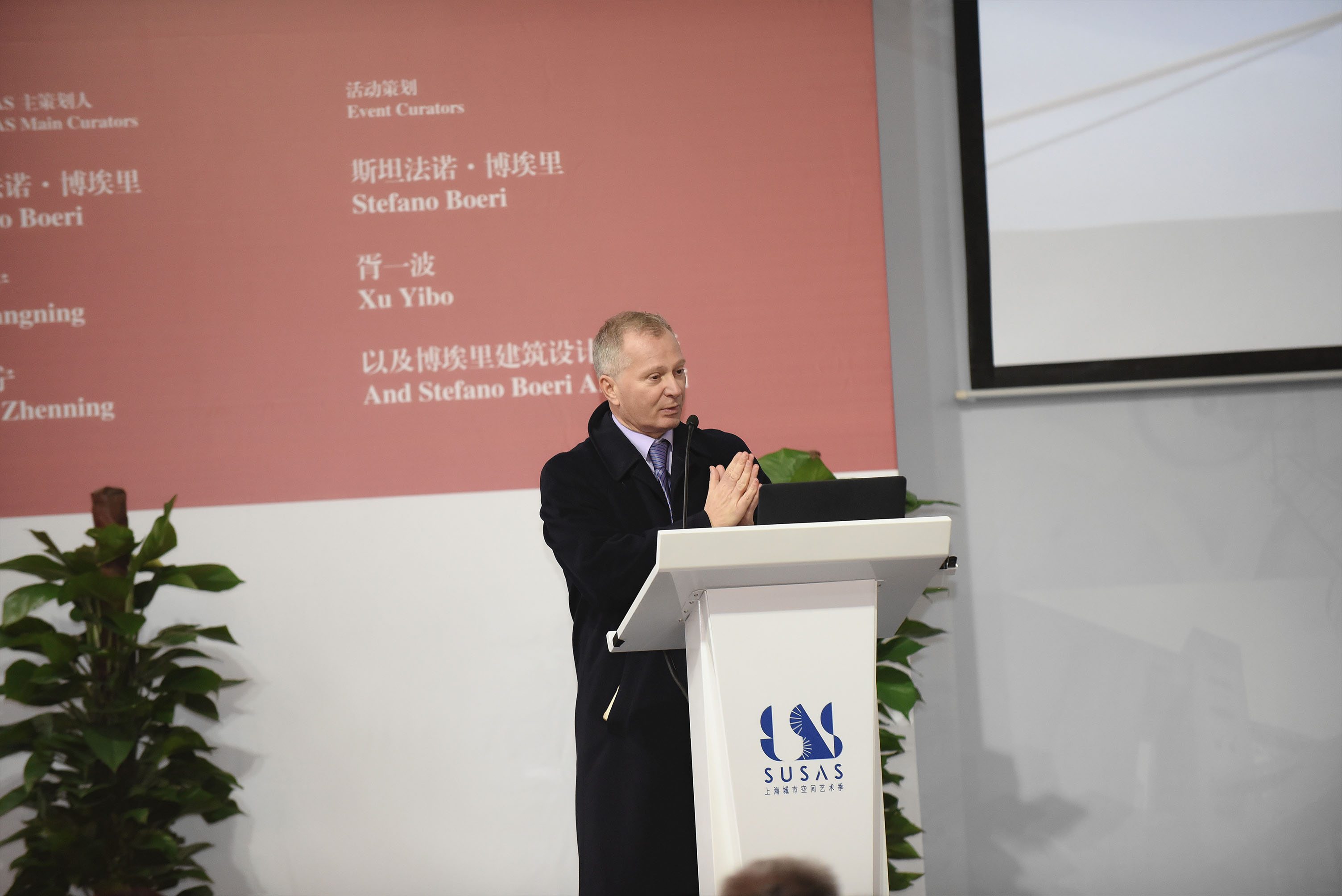 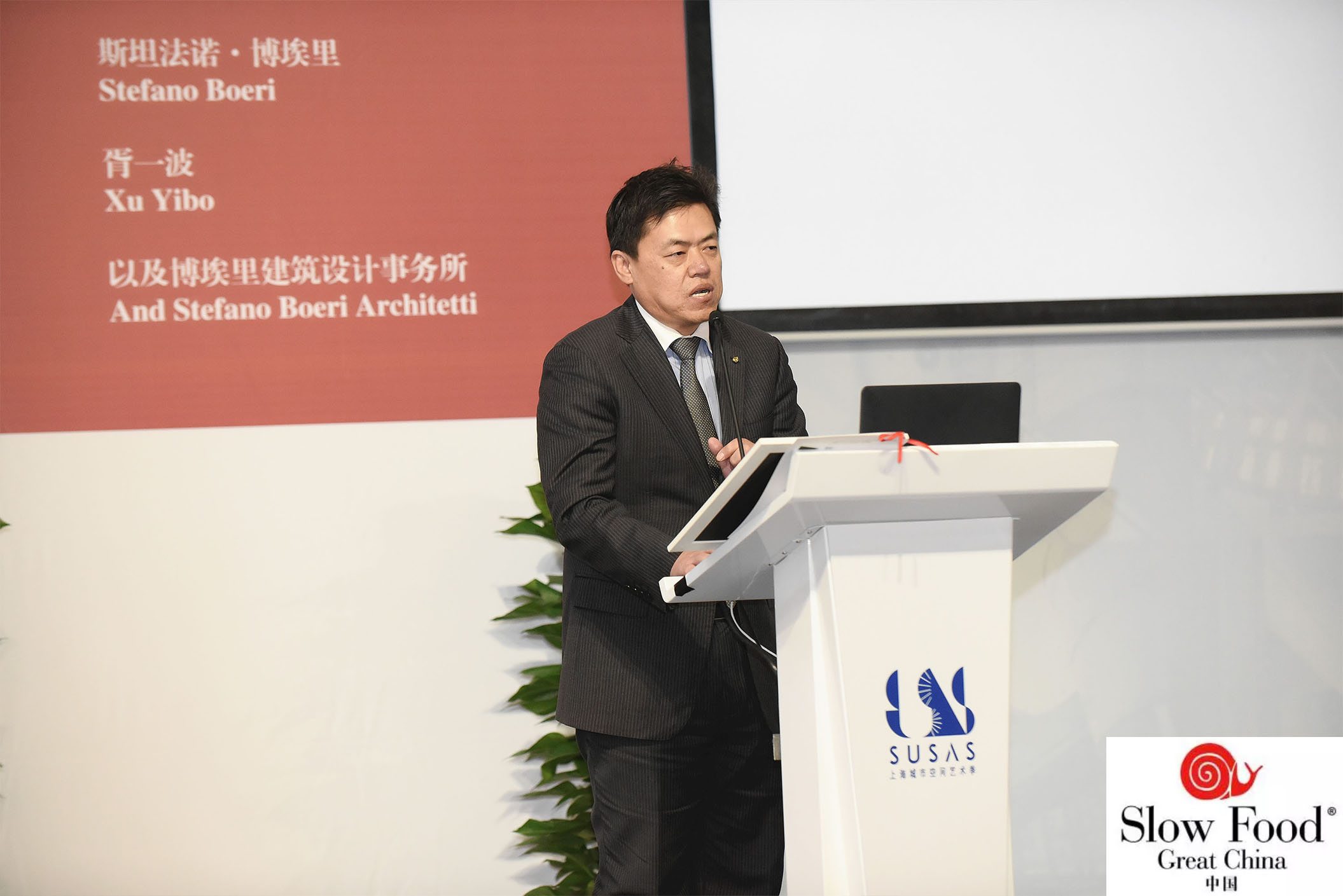 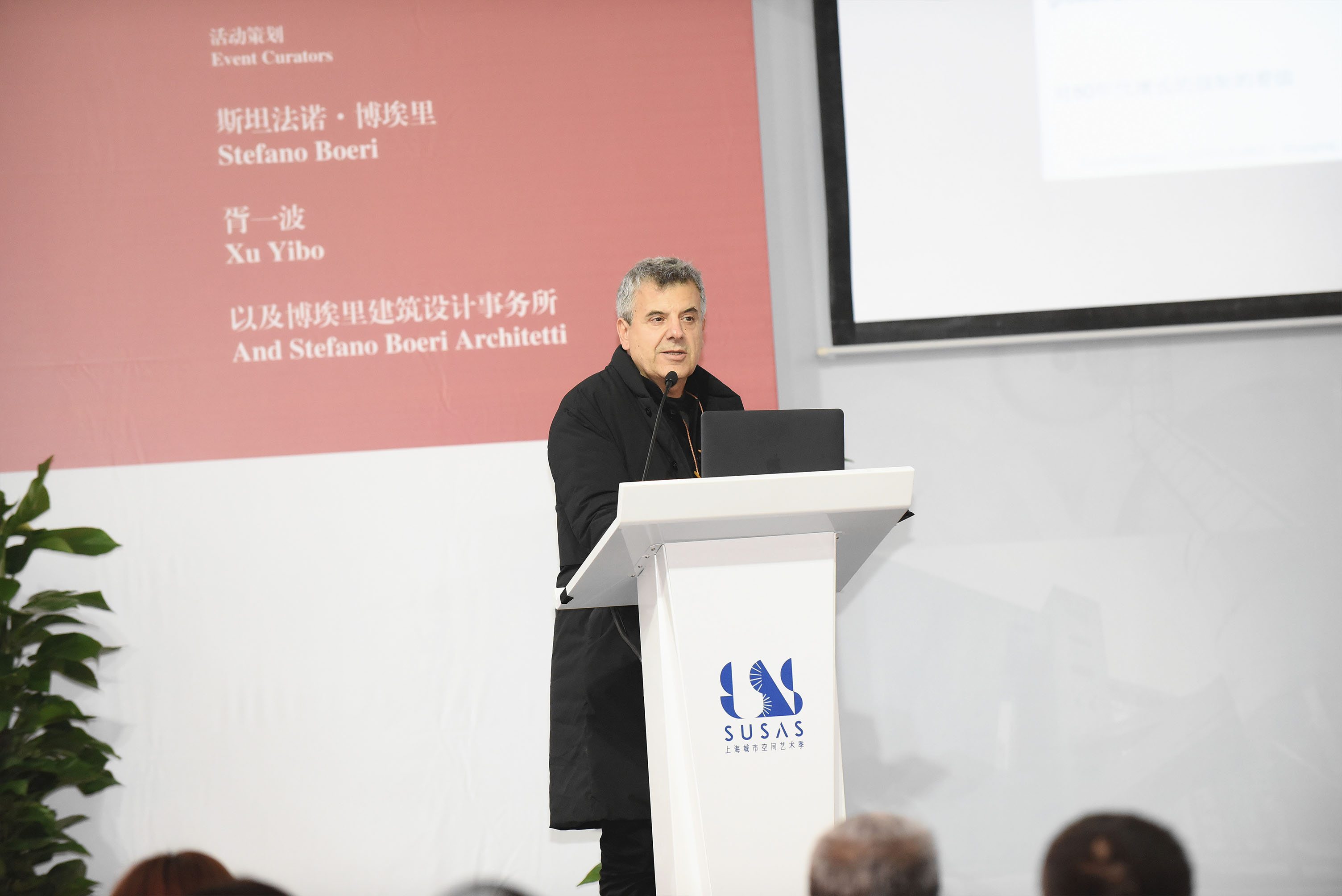 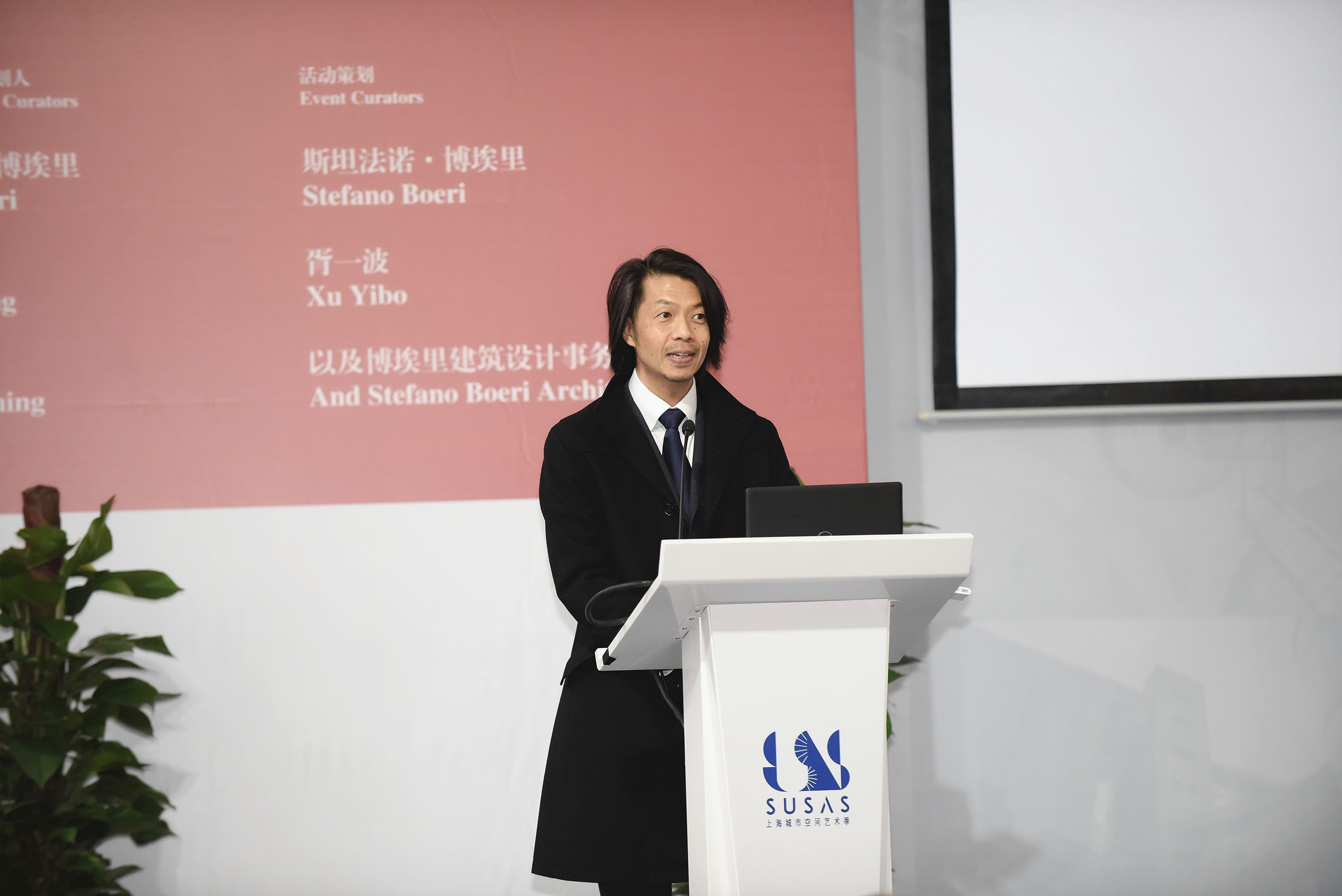 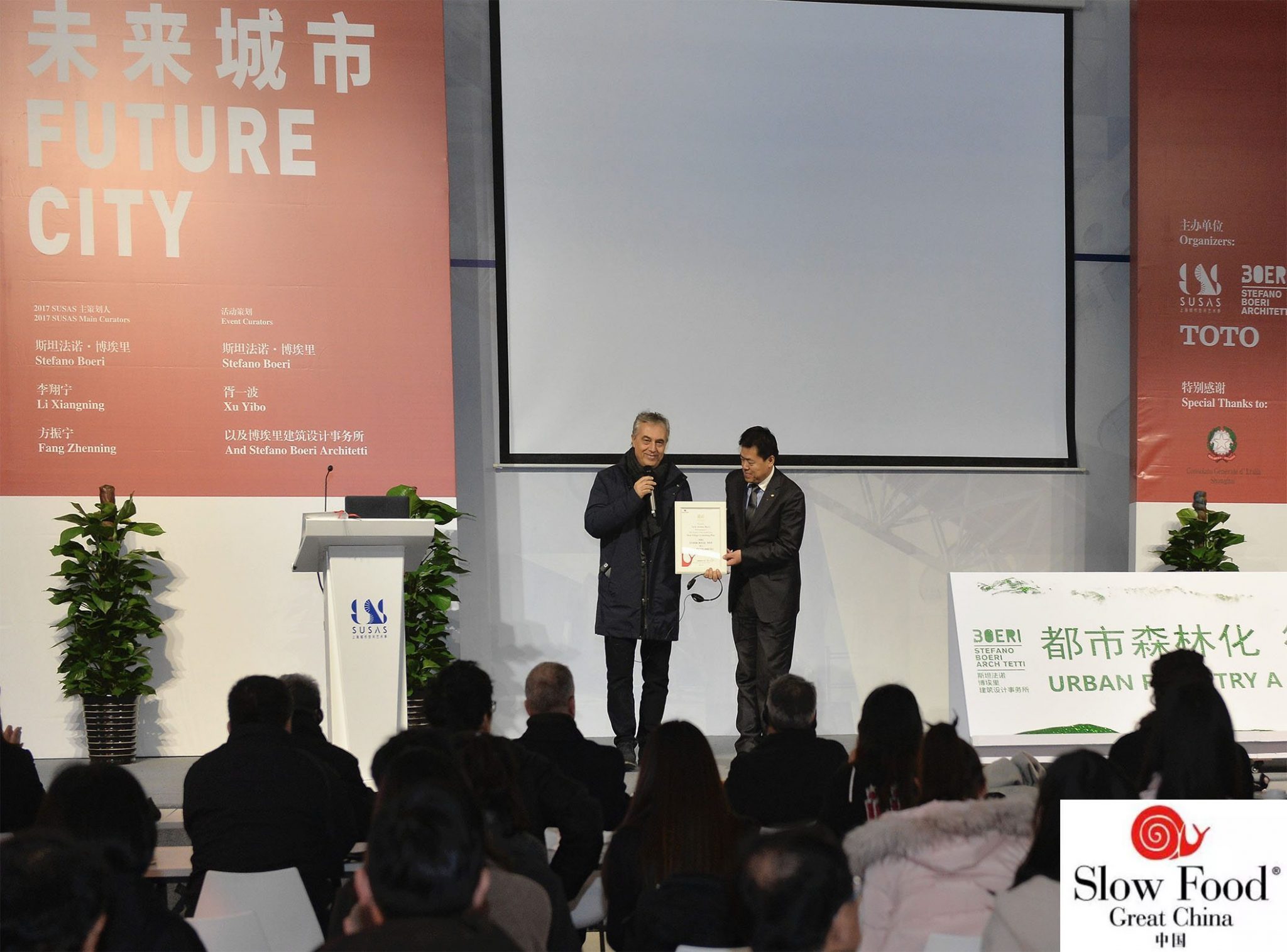 In the afternoon of 15th December 2017, the Future City Forum organized by Shanghai Urban Space Art Season (SUSAS), Stefano Boeri Architetti (SBA), Consulate General of Italy in Shanghai and TOTO LTD was held successfully in SUSAS. As one of the main curators of SUSAS, Stefano Boeri and his Chinese team raised a climax of the art season.

The Forum faces the issues of the cities. With the development of city, space is not only about the accommodation to people. Internet, artificial intelligence, virtual reality and other new realms have been affecting the relation between human and space. The explore of physical and social environment keeps changing people’s anticipation about future life. A large number of high-rise buildings emerged and vast fertile farmland disappeared, these phenomena of rapid urbanization have brought urban pollution. What is the future of the planet? What about the future of cities? How can people get along with space?

Stefano Boeri is committed to discovering ecological technology, green material and humanistic philosophy. “I think all what we do try to put in relation innovation and research in architectural field and social responsibility to other environment”, that’s what Stefano Boeri said in an interview. He hopes people can try their best to anticipate the future, and he also will introduce planetary forestation to the audience at the venue. For supporting the ideas of StefanoBoeri, many architectures, designers, ecologists, scientists and experts from all the fields gathered at SUSAS to share their insights.

During the event, General Consul of General Consulate of Italy in Shanghai, Stefano Beltrame gave a welcome speech to present the support to the forum and the concern about the future environment. He hopes that there will be more sino-Italy cooperation and communication in every industry. Science and Technology Counsellor of General Consulate of Italy in Shanghai, Prof. Roberto Pagani gave a speech on future city and hopes that people from Italy and China can work closely to solve the urban problems effectively. The main curators of SUSAS Prof. Xiangning Li and Mr. Zhenning Fang brought their ideas about how art methods can get involved into the space construction. Furthermore, since Nanjing Vertical Forest has attracted worldwide attention, the Chinese partner of Stefano Boeri Architetti,  Yibo Xu introduced the main projects and future direction of SBA to the audience.

TOTO LTD. was established at 1917 and creates the brand new idea of washlet technology based on its one-hundred-year history as well as focuses on design and culture. It’s Minister of Advertising Department,  Makoto Ito presented its thoughts about the opportunities and challenges in future urban life. At last, Stefano Boeri launched a call for urban forestry actions, encouraging people to focus on planetary forestation. Meanwhile, Stefano Boeri accepted the invitation from the Chief Planner of Slow Food Village co-building plan, Anhua Chen to participate in establishing the first “Slow Food Village” in the world.

With times are changing, 50% of urbanization has been breaking through the balance of maintaining the planet. In addition to the introduction of Vertical Forest in cities, increasing the forest cover, we also need to take a serious look at our village. Village protection is the protection of ecological diversity. The maintenance of nostalgia means the maintaining cultural diversity. And we are at the turning point of this era. The Slow Food Village is the first philanthropic project of Stefano Boeri Architetti and will be soon landing in China. The remaining 50% of countryside districts are about the other half future of human on earth. Stefano Boeri Architetti will utilize its architectural ideas to help build a village bookstore and a school for free thus helping conserve the local history of Qiyan village in Anren Town, Sichuan Province.

In the following stage, Stefano Boeri Architetti will expand the cooperation not only with architecture and design fields but also other related industries that focus on ecological environment, science, humanity and so on. We hope to establish close connections and mutual exchange with all circles thus figuring out the way to build a better world.