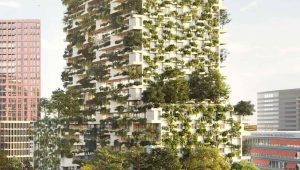 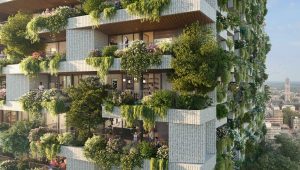 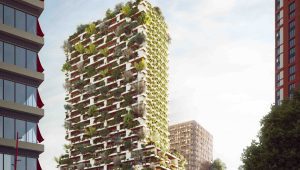 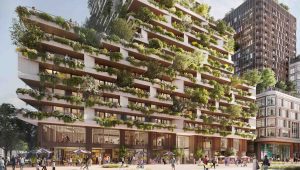 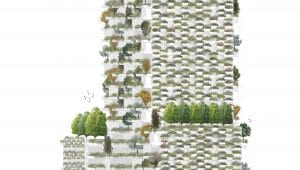 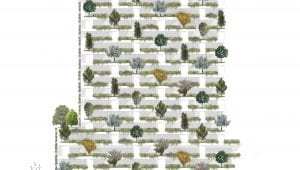 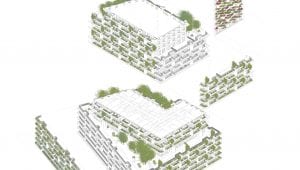 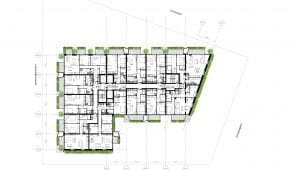 Drawn up by Stefano Boeri Architetti and MVSA Architects, the Wonderwoods project aims to create an advanced experience of cohabitation between city and living nature in the centre of Utrecht as part of the new Healthy Urban Quarter. The intervention is part of a new variation of the Vertical Forest, 105 meters high and able to accommodate about 200 apartments of various types for different users: mainly young professionals, manual workers and families. The facades of the tower will host about 10,000 plants from 30 different species, equivalent to one hectare of forest vegetation resulting in a genuine urban ecosystem capable of producing about 41 tons of oxygen each year. On the ground floor and connected to a garden on the sixth floor is the Vertical Forest Hub: a centre for documentation and research into urban forestation worldwide. An authentic smart building, the complex communicates with the urban environment both through a ground floor open to the outside and through a vertical development that is in harmony with the proportions of the surrounding urban block. Also enriched with office areas, spaces for fitness and yoga, bicycle parking and public and recreational spaces, the Wonderwoods Vertical Forest is designed as the new wellness hub in Utrecht.

The building therefore reveals a complex and multifaceted nature and something genuinely new on the landscape of contemporary European architecture. On the one hand it is not merely a simple skyscraper, iconic and indifferent to the context in which it has been created: rather it is an urban tower which physically elevates the utopia of an unprecedented cohabitation between city and nature while respecting and enhancing the characteristics of the neighbourhood between Croeselaan Street and Jaarbeursboulevard. On the other hand, it is architecture that changes as it ascends, measuring itself both against the Utrecht sky and the urban history in which it is set. In vertical terms the building is divided into four superimposed “orders” which define a rotation of the building’s body around the vertical axis. This movement gradually detaches it from its alignment with the route taken by Croeselaan Street, allowing it to be laid out according to an east / west orientation. If on the north corner the tower forms the “prow” of a system of blocks that are arranged on the axis of Croeselaan Street, on the south side it is laid out so as to be able to create a connection at altitude with the neighbouring building, designed by MVSA.

However, the presence of 360 trees and 9,640 shrubs and flowers also expresses the reality of a highly sustainable tower, capable of absorbing approximately 5.4 tons of CO2annually at full capacity, in addition to a significant amount of micro-particles (sodium microparticulates). Thanks to the filter action carried out by the leaves, it is also calculated that the microclimate produced on the terraces will enable a significant reduction in the temperature variation between the outside and the inside of the apartments with a proportional reduction in air conditioning energy costs.
As a form of protection and safeguarding for the biodiversity of living species and in particular the birds that inhabit the Dutch skies, the Wonderwoods Vertical Forest has also been developed to promote the pleasure of contact with nature. The apartments and interior spaces allow residents to take maximum pleasure from the plant organisms hosted on the terraces and balconies which at the same time guarantee optimal sunlight and an open view of the surrounding urban landscape.
As a form of living architecture, the Wonderwoods Vertical Forest has facades which will change both in colour and the denseness of the vegetation which will vary according to the seasons as well as depending on the amount of sunlight, growth and maintenance of the plants. The latter will be carried out through a centralized condominium station which thanks to a series of sensors will be able to check and control the irrigation system and also programme the pruning and maintenance of the greenery.

The building is not only a model of biodiversity for living species, but also an ensemble of activities and functions. The base of the tower is intended to host a carefully laid out system of duplex residences able to combine residential spaces and ateliers which will occupy the south-western sides up to the fifth floor; a number of hospitality, catering and commercial spaces on Croeselaan, Jaarbeursboulevard and Veemarktple Streets will be added to these.
In scientific and cultural terms, the Wonderwoods Vertical Forest can be seen as an important experiment in which vertical architectural surfaces are demineralized in a similar albeit more advanced way to many other urban biodiversity projects implemented at international level. The idea of ​​inserting the Vertical Forest Hub space into the tower came about precisely as an answer to the need to establish contact with similar situations and allow the complex to become an epicentre for future urban forestation policies. The Hub therefore exists as an open laboratory in which to further expand knowledge of the technical and botanical solutions adopted for the Utrecht intervention but also as a place in which to receive information and news on the progress of the other Vertical Forests under construction elsewhere in the world. 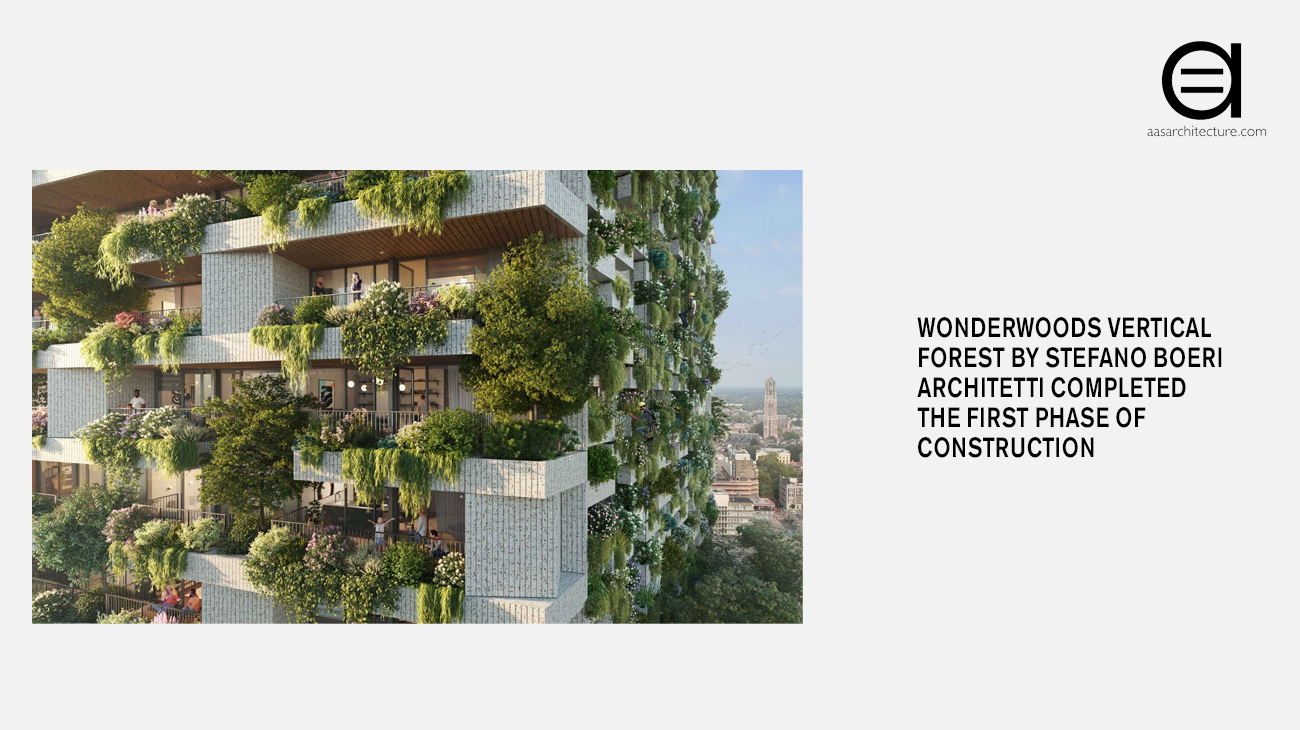 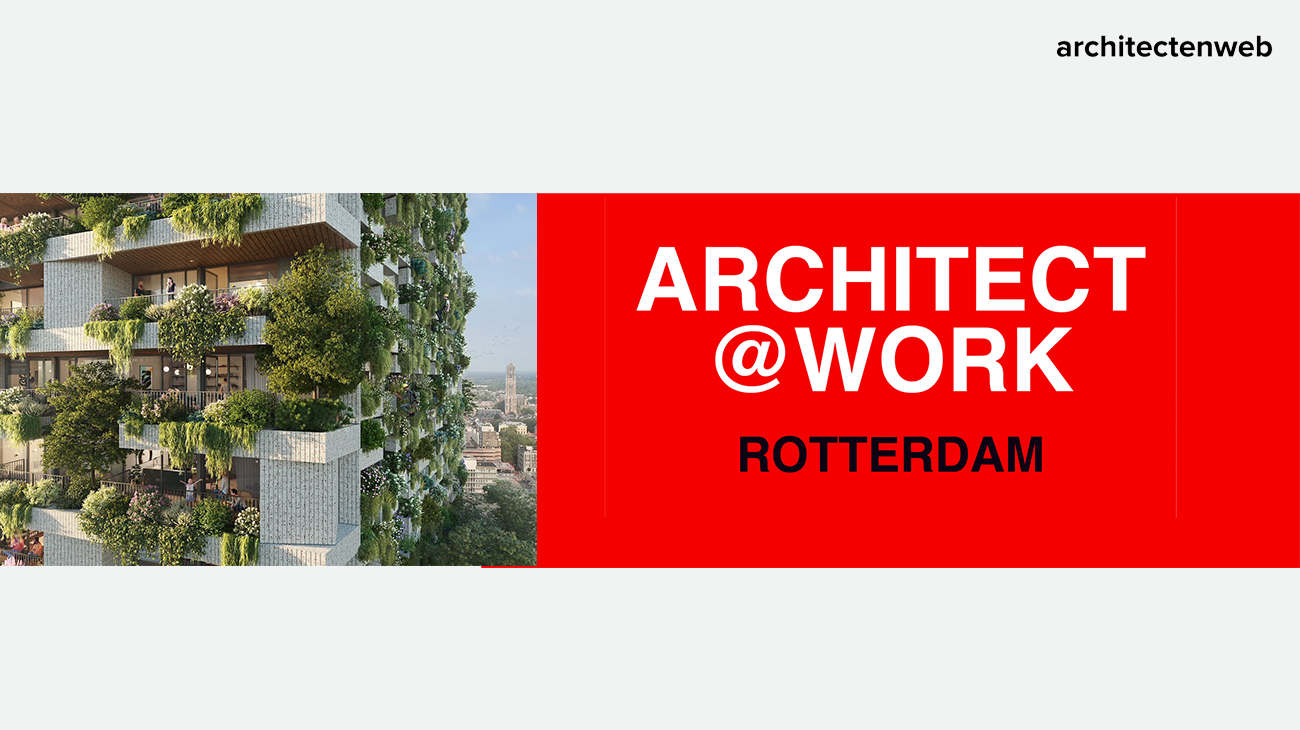 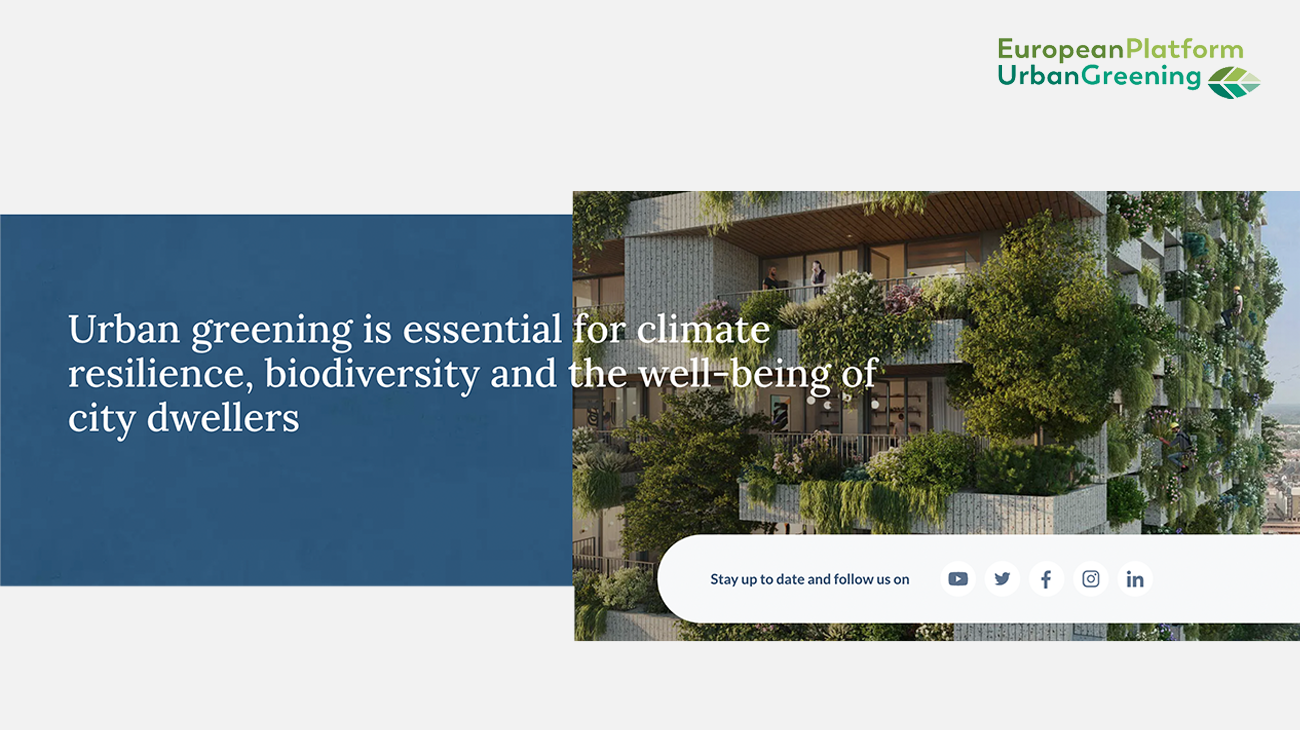 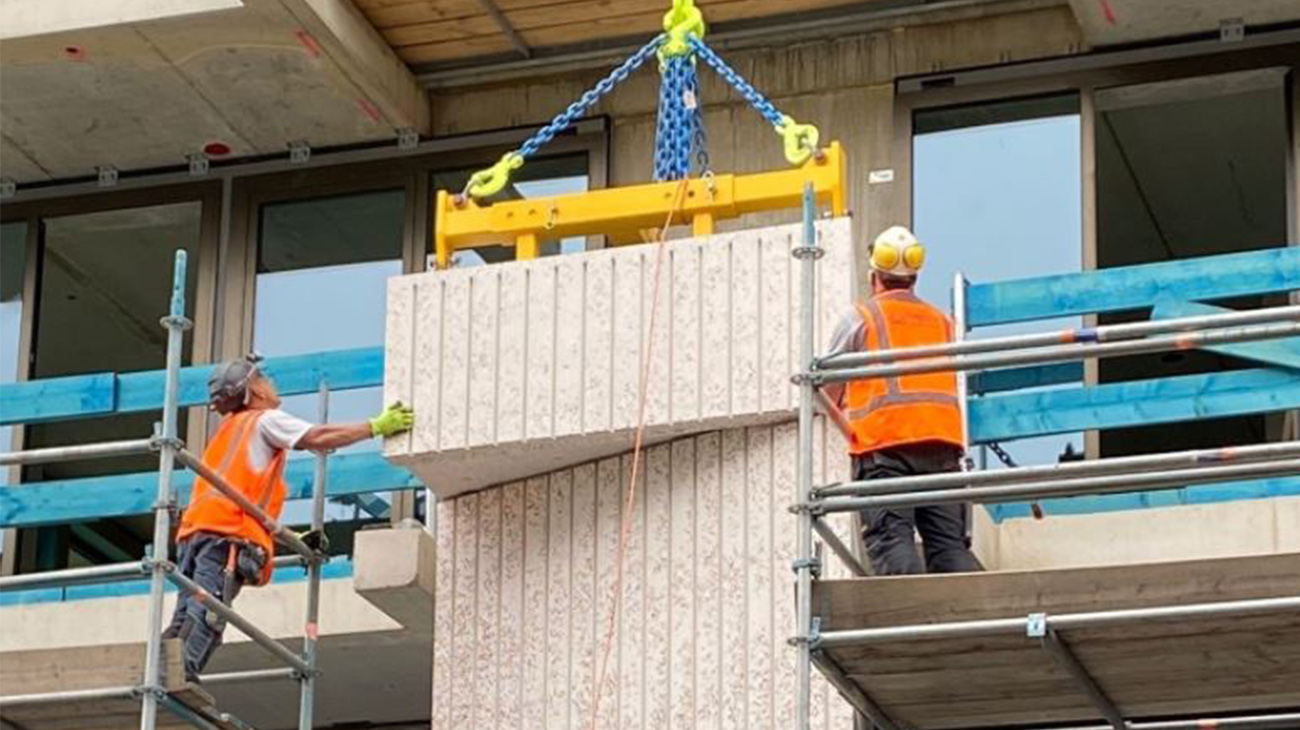 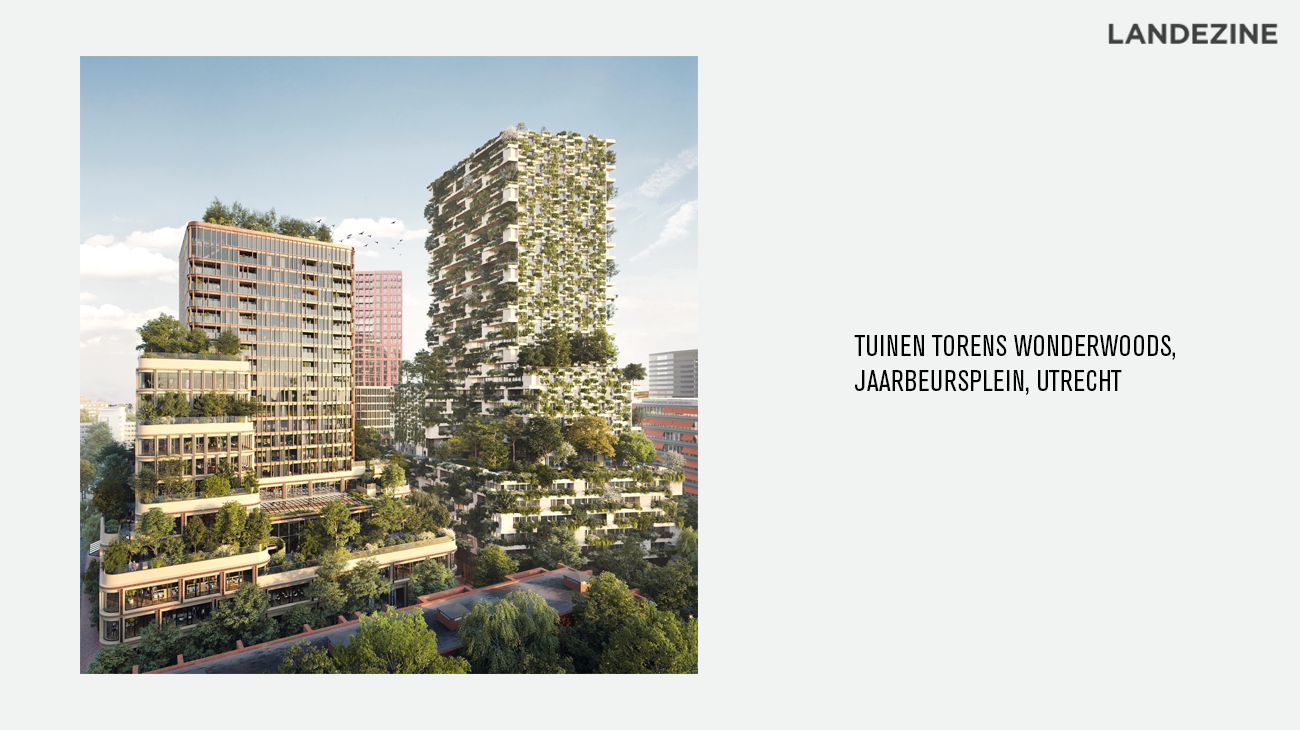 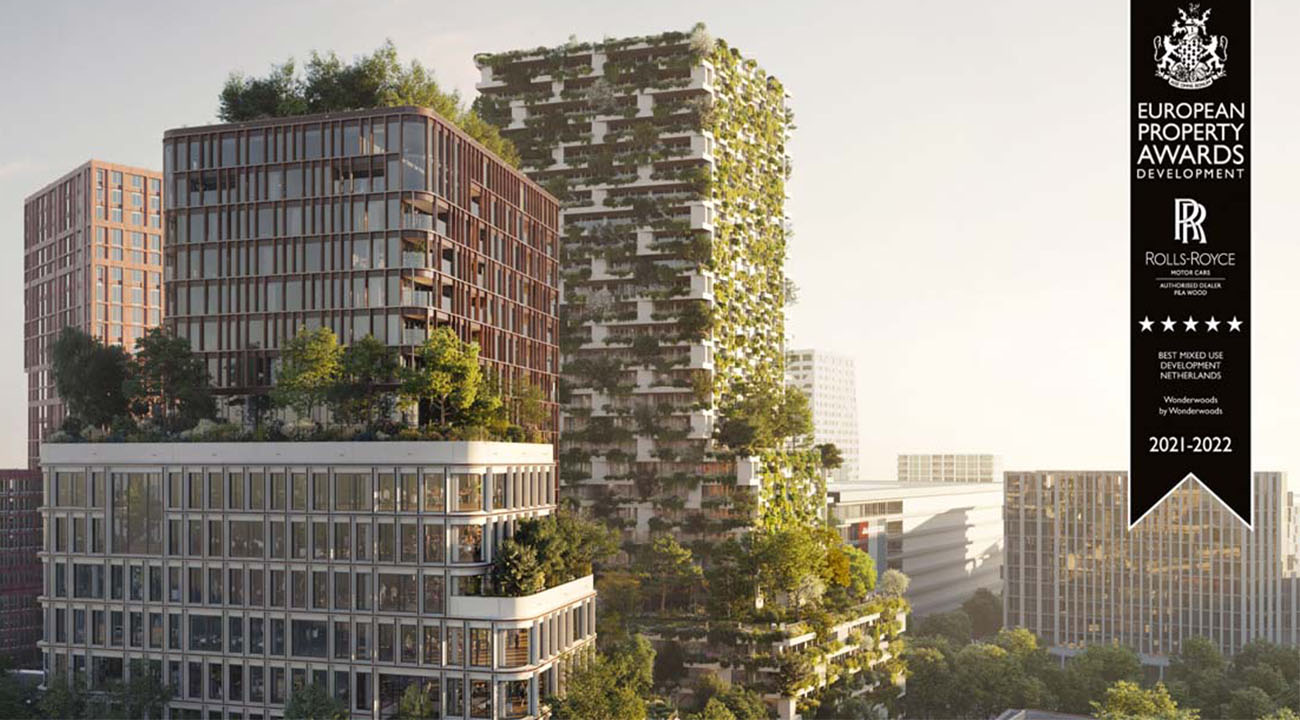 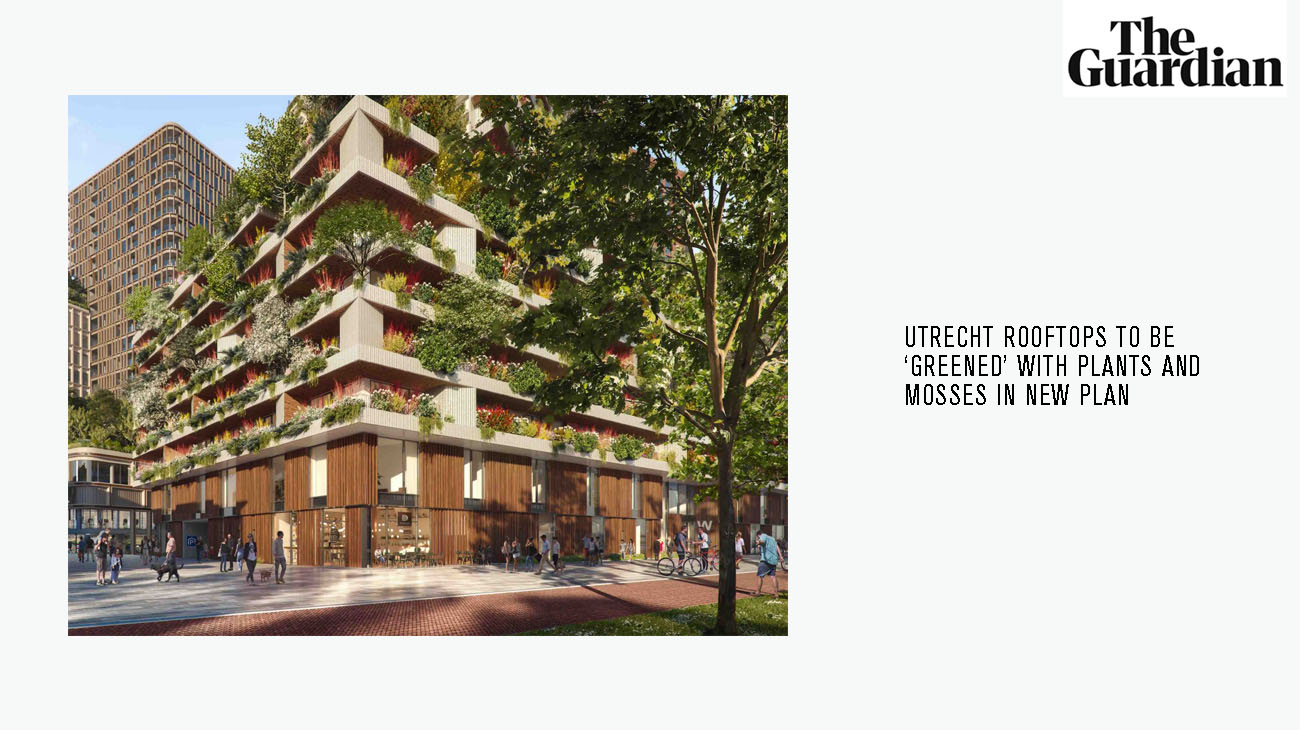 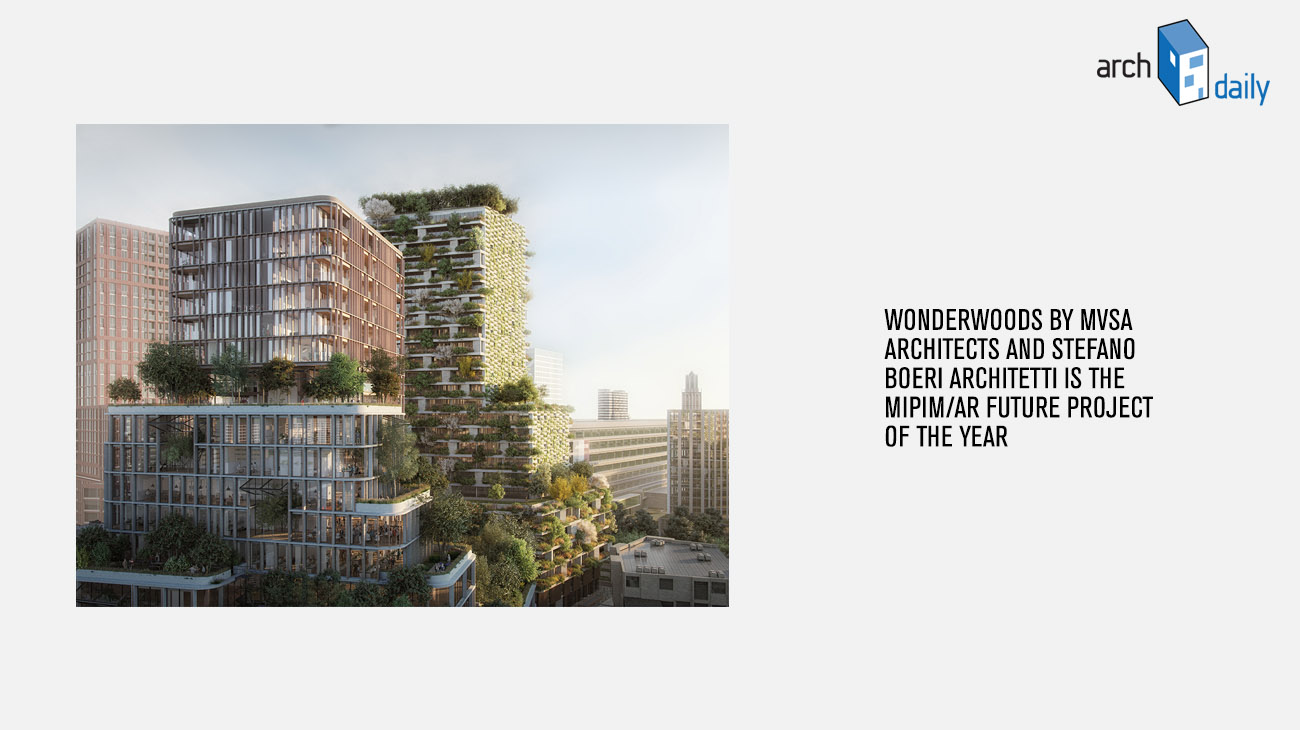 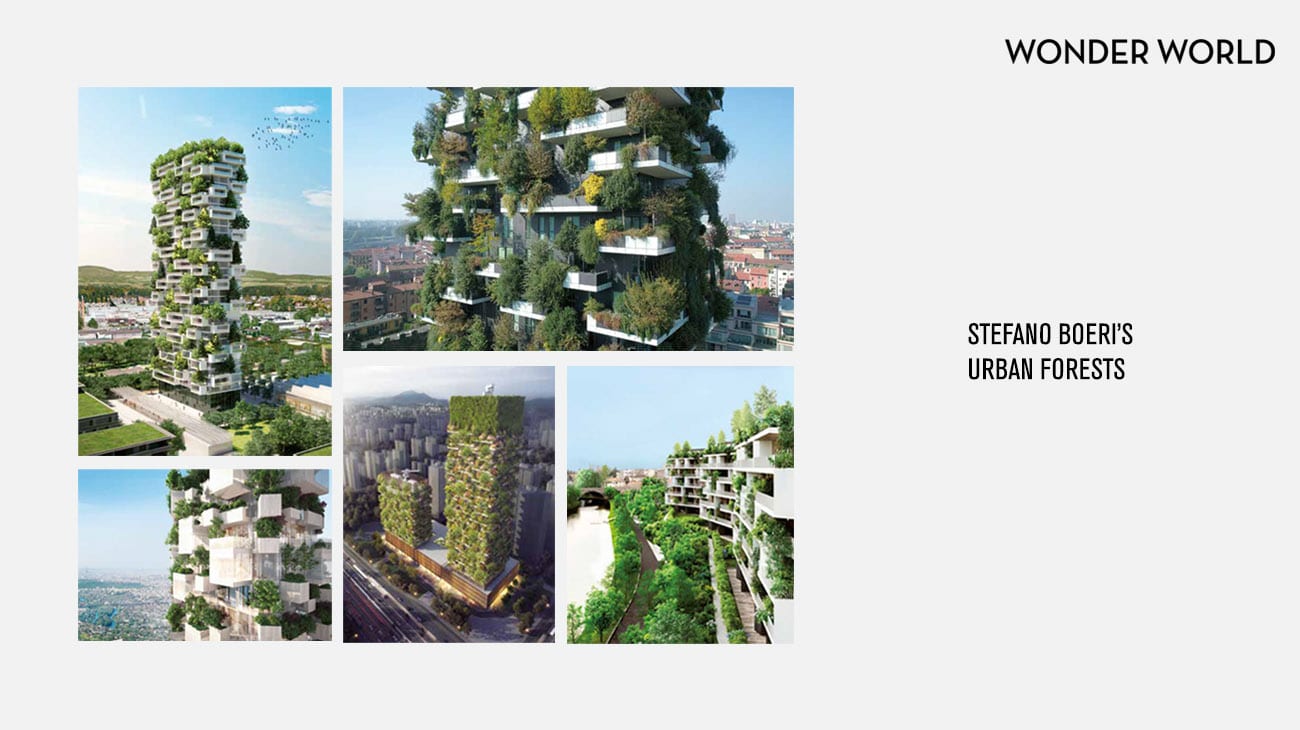 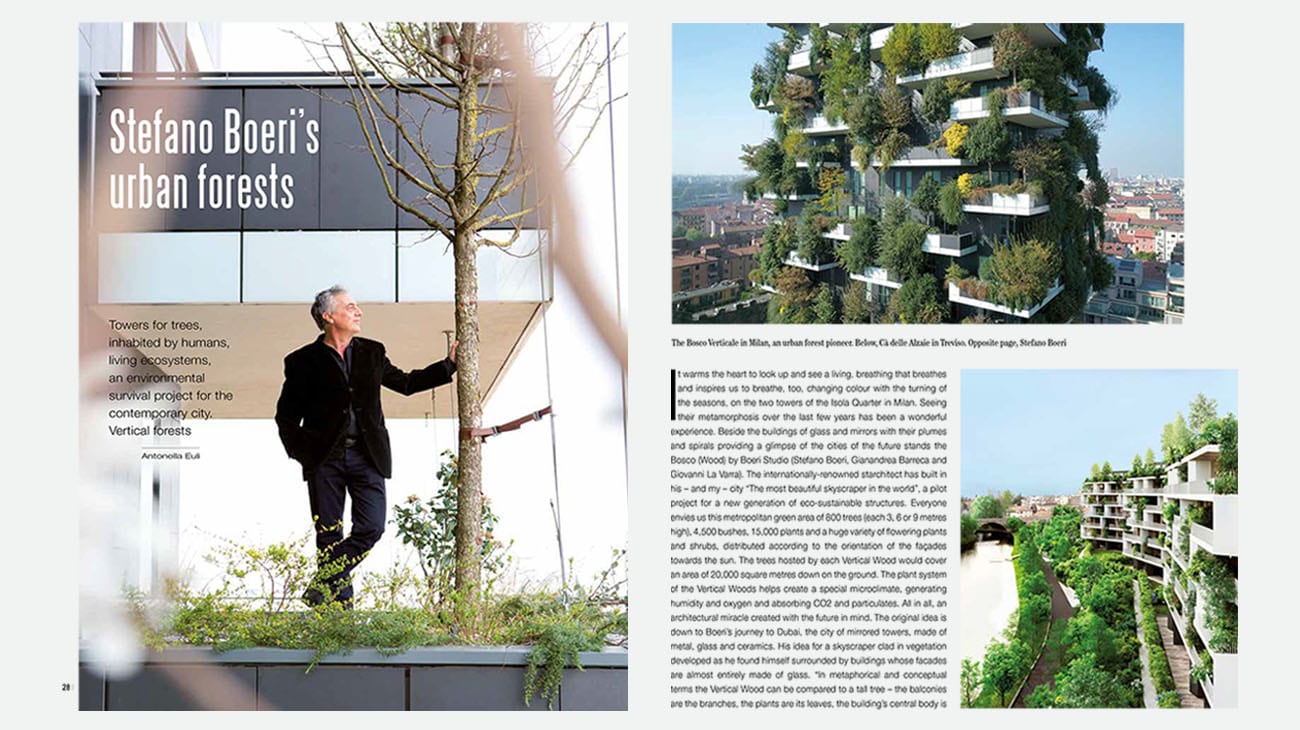