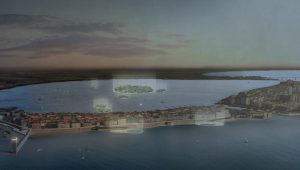 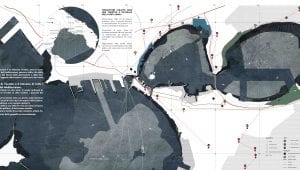 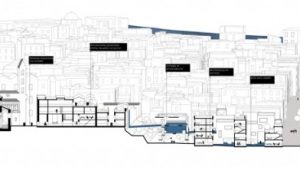 Christened “Taranto Calling”, the project from the team led by Stefano Boeri Architetti was one of the three winners of the OpenTaranto ideas competition, promoted in 2016 by Invitalia. The primary objective of the initiative is to start a process of in-depth redevelopment of the historic city centre, the Old Town, an island between two seas currently in a state of considerable abandonment but endowed with extraordinary potential. Like the stratified architecture of its Cathedral, Taranto’s Old Town can be described as a spatial/temporal microcosm of eras and projects, consisting of Hellenistic heritage, medieval architecture, piers, Renaissance palaces, houses for fishermen, commercial districts, baroque churches, docks and twentieth century additions. An island of stone furrowed by the narrow cracks carved out by alleys and squeezed between the walls and the docks. A monolith surrounded by the sea, hollowed out by caves, grottoes and passages that connect roofs, terraces and the sea level along vertical lines. The Old Town is a mosaic featuring all the urban landscapes of the Mediterranean – an island/city which in a few hundred square metres contains influences and indications of all the coastal and port cities in the Mediterranean.

The Old Town’s rich and complex urban system contrasts with a visible crumbling of the island’s physical state which dramatically mirrors the same social disintegration of the surviving population that still occupies it. Starting from this situation, the guiding principles that inspired the project proposal were aimed at creating a new community, based on strengthening what is already there: a community capable of taking on the challenge of change and reversing the crisis that currently afflicts the historic centre and undermines the identity of the entire city. The project proposal expresses these objectives through a series of material and immaterial interventions which aim to improve the quality of the residents’ daily lives through transversal actions. This programme is achieved in particular through the implementation of services for people as well as the means and opportunities for the growth of social and relational capital – solutions calculated to favour a process of mitigating the current conditions of marginality.

Regenerating Taranto also means describing and enhancing a new spatial and social way of living, capable of interpreting public space as the true catalyst of change. This process works by defining greater permeability and accessibility, both inside and outside the urban island, and building a relationship of continuity with the sea, too often denied in the current situation. The design strategy thus involves four different areas in which on the one hand the regeneration of the waterfront and the fabric of the Old Town can interact, and in which on the other, the creation of a new service network able to function as a catalyst can take place. Through the combined action of in-depth enhancement of the social capital and redevelopment of the architectural heritage, the intervention aims to build a stable and long-term process of urban regeneration.

In more detail, Taranto Calling transforms the historic wall overlooking the Mar Grande or Big Sea into a panoramic walk punctuated with spaces for culture and breaks, together with a series of spectacular platforms floating on the sea which will allow the re-establishment of a deep and well-rooted relationship with the Mediterranean landscape. The latter will also feature areas dedicated to plants and vegetation on their surface which will transform them into islands of greenery on the water’s surface. The existing quays on the Mare Piccolo or Little Sea are reinterpreted as moorings for the different residents of the island’s renovated areas, from the fishermen in the new Fish Market to students at the New University campus and from inhabitants of the renovated Arca district – connected to the Old Town and the Via di Mezzo through a series of visually striking aerial walkways – to tourists and visitors taking a break and spending time in the new Piazza del Mare (Piazza San Giuseppe).

The improvement of the island’s internal urban fabric is mainly based on the redevelopment of the main street that crosses the Old Town longitudinally, from the Aragonese Castle up to Piazza Fontana, enhancing it through a lighting system that unites the two areas. The spaces available for local entrepreneurs linked to fishing, mussel farming, marine biology research, local crafts and gastronomy are also enhanced and encouraged through the provision of new places and facilities for start-ups. The Stefano Boeri Architetti intervention also takes a new model of vehicular accessibility into account, with the primary objective being that of doing away with normally powered traffic in favour of a marked increase in pedestrian and cycle mobility, capable of making the city accessible and welcoming for everyone. 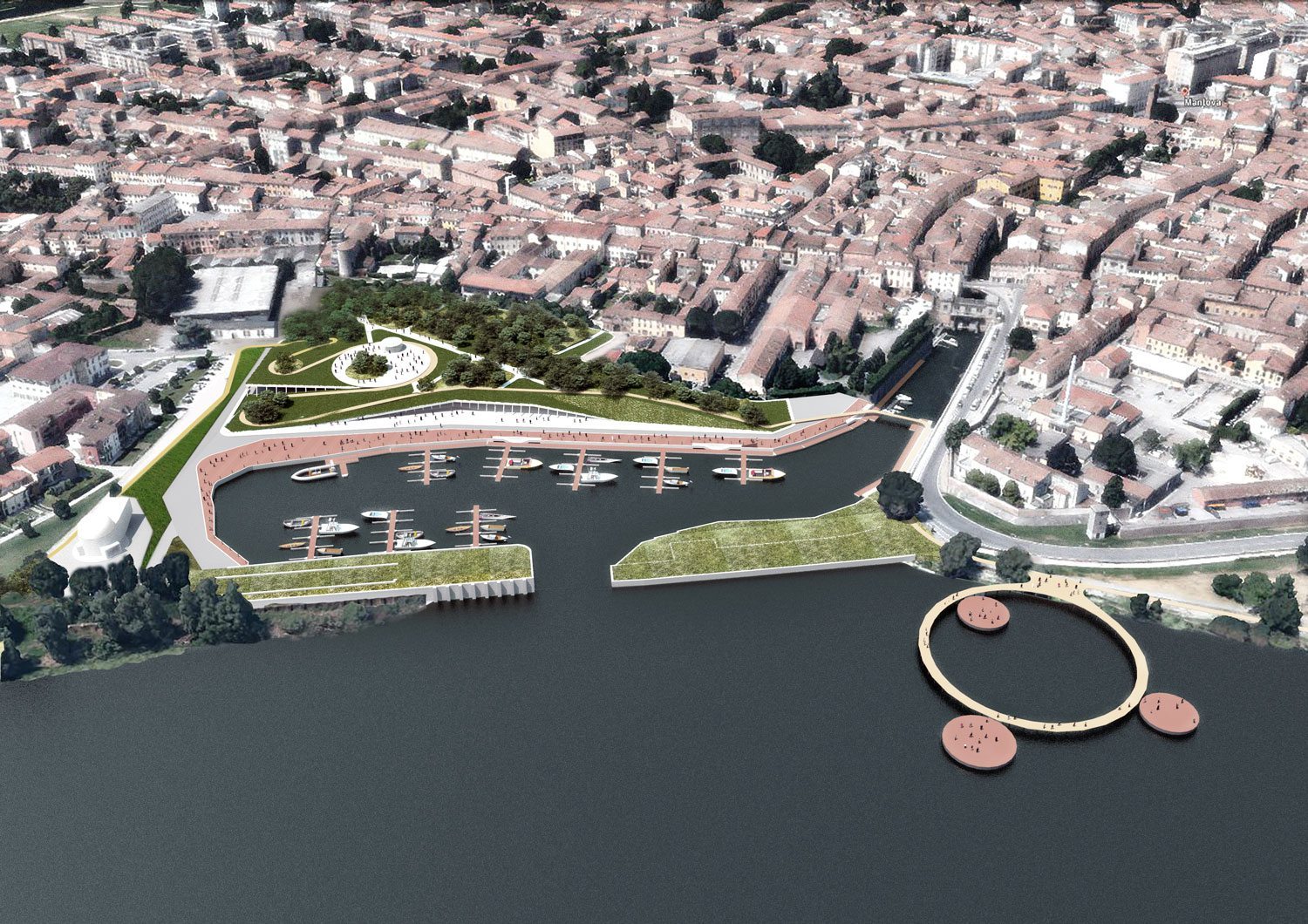