HomeProjectsRebirths: the Works of Art Recovered from Debris

Rebirths: the Works of Art Recovered from Debris 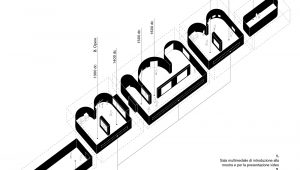 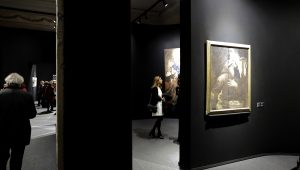 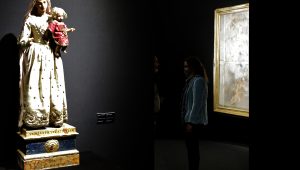 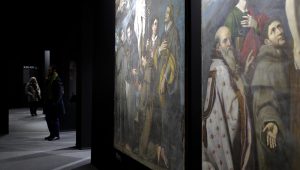 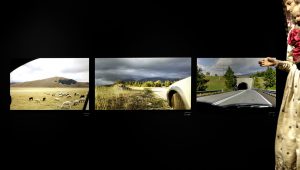 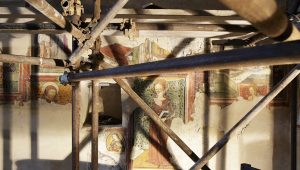 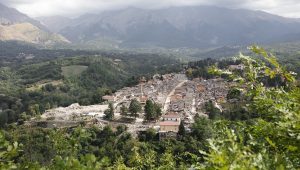 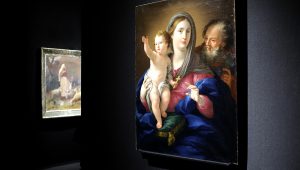 The exposition “Rebirths: the works of art recovered from debris of Amatrice and Accumoli” gives new life to the heritage of the artworks recovered from debris of the churches, currently out of context, and highlights the value of sedimentary culture in the small centers of Italian territory, part of the identity of the Rieti region local centers affected by the earthquake and national collective identity. There are 34 works from churches and religious structures of Accumoli and Amatrice, and their fractions, of the over three thousand goods brought to their rescue, and today kept in the depot at the Cittaducale Carabinieri Forestry School (Rieti). Paintings, sculptures, liturgical furnishings.
The exhibition of the saved works, chronologically carried out, is accompanied by a storytelling composed of 21 photographs taken by Paolo Rosselli last September, which reconstructs the state of the places, the atmospheres and contrasts of rebirth, “the elements of material life and religious meanings in an organic whole; animals included”. To don’t forget the still evident and dramatic effects the earthquake produced.

The Works and The Rubble by Stefano Boeri

An earthquake represents a sudden and irreversible deviation from normality. In just a few seconds an earthquake erases centuries-old buildings and decade-long recollections, eradicates pieces of collective memory and conveys the disturbing uncertainty of a land that is no longer Mother Nature, but a source of pain and fear. More than anything else, with its lacerating discontinuity an earthquake moves out of our present time zone. It forces those who lived through it to seek temporary shelters in other places from which it will undoubtedly be difficult to return and it compels those who want to go back in time to chase the nostalgia of a past – the reconstruction of  “where it was and how it was” – that can never really exist again. Starting from these considerations, the salvage and recovery of a significant number of works of art housed in both sacred and civil buildings affected by the earthquake represents an opportunity to open a courageous line of thought looking at our present epoch and  the ongoing actions for reconstruction in the heart of the earthquake’s centre.

For this reason we have chosen to set up a space able to present not only the value of the works on display and their recovery, but also their ability to act as temporal and spatial devices, as vectors or prisms through which to look at the places and actions of today from different depths and perspectives of artistic history.

The exhibition thus offers a sort of parallel interpretation. On the left side of the four rooms of the Piccole Terme of the Diocletian complex are the works selected by the curators: panels, ornaments and sculptures which thanks to their varied richness, are witnesses to seven centuries of the history of sacred art. On the opposite side, we have instead chosen to place a sequence of great snapshots of the present by Paolo Rosselli, a master of the image and  expert in creating a chilly yet powerful aesthetic.

The parallel display of artworks and the exhibition of Rosselli’s snapshots offer the visitor the opportunity to get close to those places hit by the earthquake and to reflect retrospectively on what is going to be done, what is being done and what has not been done. In addition the observer is asked to consider the genuine prospects for the secure conservation of an artistic heritage found in dozens of churches and rural buildings as well as on the reasons for a very delicate relationship between the historical-artistic safeguarding and the safety of this Cultural Heritage scattered throughout the villages and hamlets of a vast and fragile part of our Apennine territory.

The visitor will have the opportunity to discover connections, references and a sense of coherency that will be useful to start a reflection otherwise made difficult by the spatial and temporal proximity of the catastrophe.

Clouds over Amatrice and Accumoli by Paolo Rosselli

They morning sky over Amatrice and Accumoli is always blue. The clouds appear in the afternoon, and by the evening they become darker and remain static around the mountains until nightfall. This can be seen every day in the September sky to the Marche in the North or South to Abruzzo and is well known by the locals: among other things, they are not surprised when the rain predicted on various apps does not even show up. A small and fortunate region apart from everything else.

The inhabitants of these lands welcome the photographer/visitor with a smile and are immediately on informal terms with the first handshake; and to begin with there are no complaints against anything and everything, politics, the Italian State and the appointed earthquake commissioners who have disappeared from view. Even the typical expressions “… abandoned … hope … the situation is complex” which indicate the state of the calamity and consequent self-pity or victimhood are not used. On the contrary, people roll up their sleeves and try to solve the problems: overheated mobile phones force them to recharge wherever possible, in the car, at the bar, in a friend’s new house.

Perhaps one reason for this light-hearted and infectious optimism lies in the fact that these people know they live in a particularly beautiful and still rather unknown place. Just beautiful? No, the adjective is inadequate and quite probably when he was looking for backgrounds for the Mona Lisa Leonardo could have alternatively chosen the climb to Campotosto (where even the pock-marked asphalt has its own quality) or the sunny area around Spelonga, or even the Castelluccio plain where, clouds permitting, the famous fault line in Monte Vettore can be seen. All of these could have been a suitable background even if perhaps a little too harsh and devoid of those delicate signs of civilization such as trees, streets and hillocks.

Civilization? Well, exactly so. If there is something to be perceived it is this gentle but nonetheless recognizable difference between those secularized city tribes prone to antagonism if not full-on quarrelling and those of the Apennine mountains who are radically different, more inclined to make themselves available and listen. On the other hand, the world with which these communities are dealing is profoundly different: for one of the two, information is essential, a community which is certainly very exciting but which often remains in the dark about the same reality which it would like to investigate, while for the other community, the elements of everyday real life including animals and religious meanings count considerably more as part of an overall existence.

Animals? Of course, because they too can be seen on nocturnal expeditions in search of food or in solitary wanderings at noon. Wild boars, foxes, cows, sheep and of course dogs. The first are poorly tolerated on account of being a little brusque while all the others are highly respected and included in the community in their own right.

On the Castelluccio plain I meet a farmer: we are the only two people around for ten kilometres and we are surrounded by nothing but yellowing grass. He is sitting in his jeep, scrolling down the news on his iPad and checking his sheep. I say to him “… this place is magnificent”. He replies “… yes, sure, but the fact is that we have been living through a crisis for some time”. Immediately afterwards, we laugh about and make fun of a car driven by digital map experts that had taken the wrong road shortly before. To sum up, wisdom lies in rediscovering a sense of humour even today – leaving the disasters and their memory in the background. 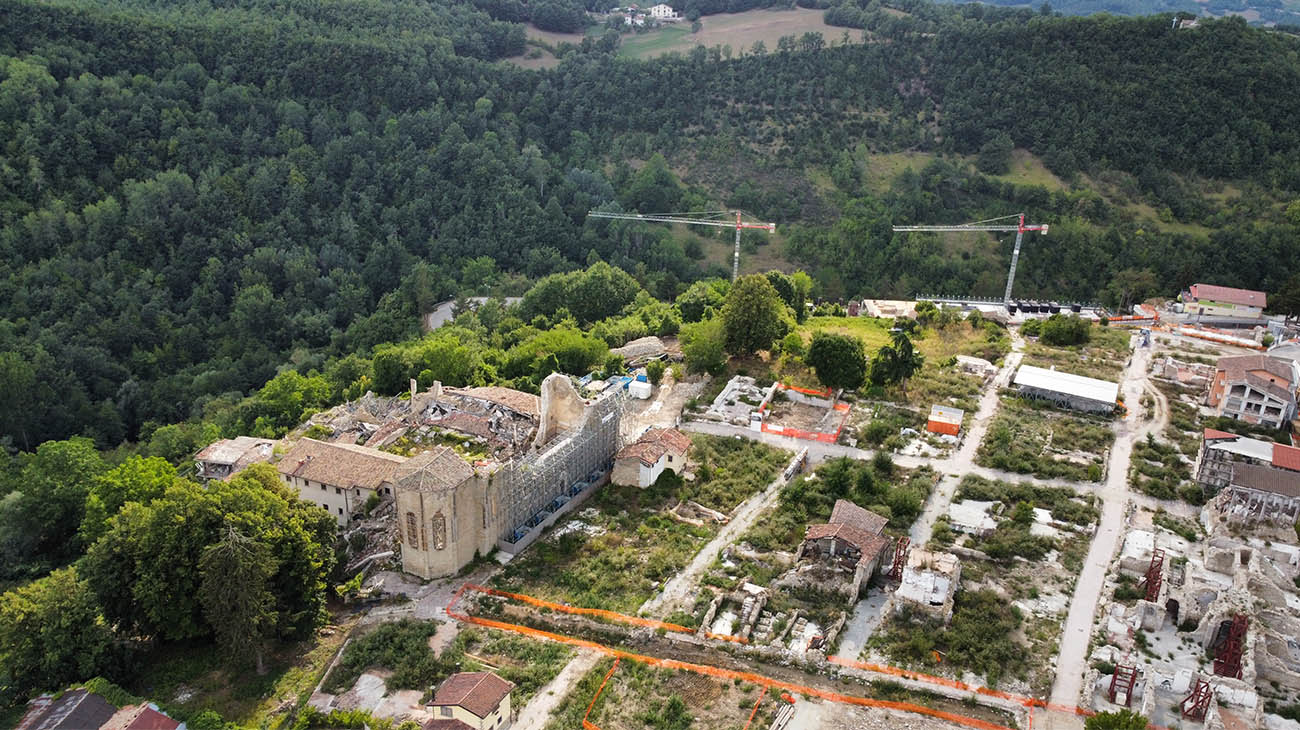 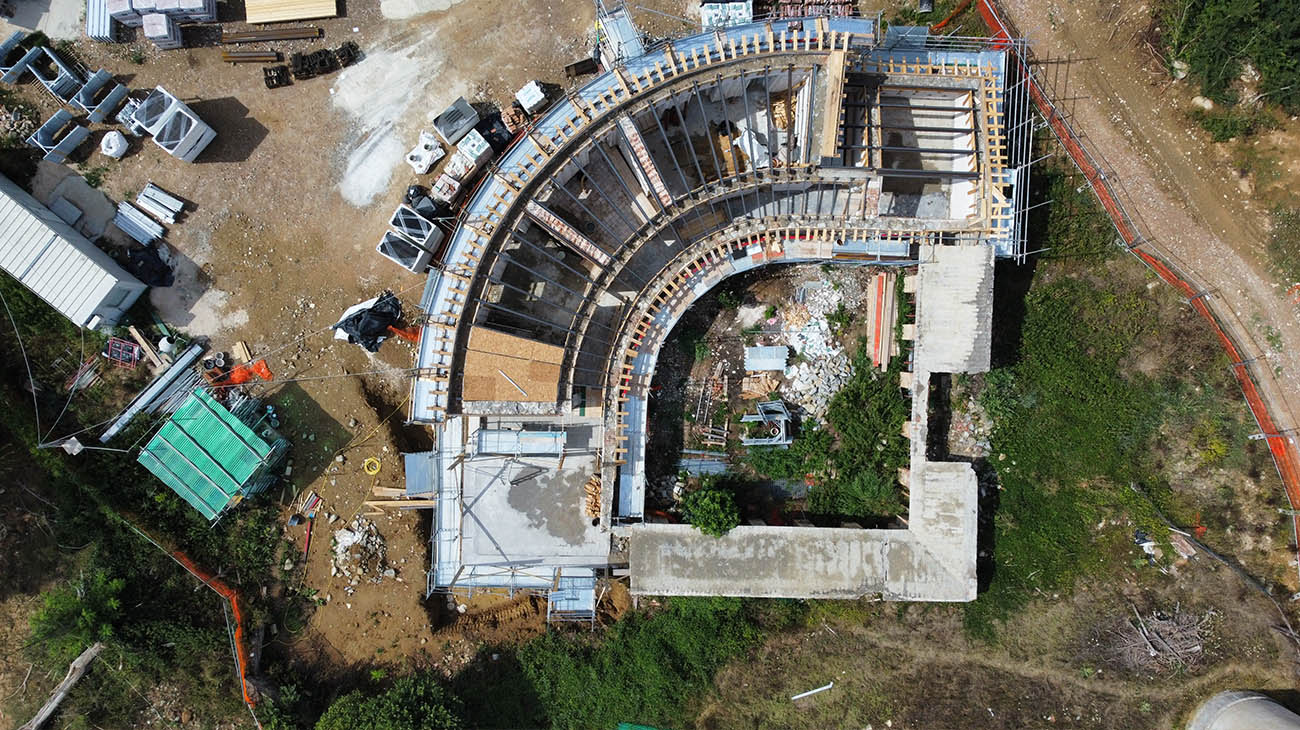 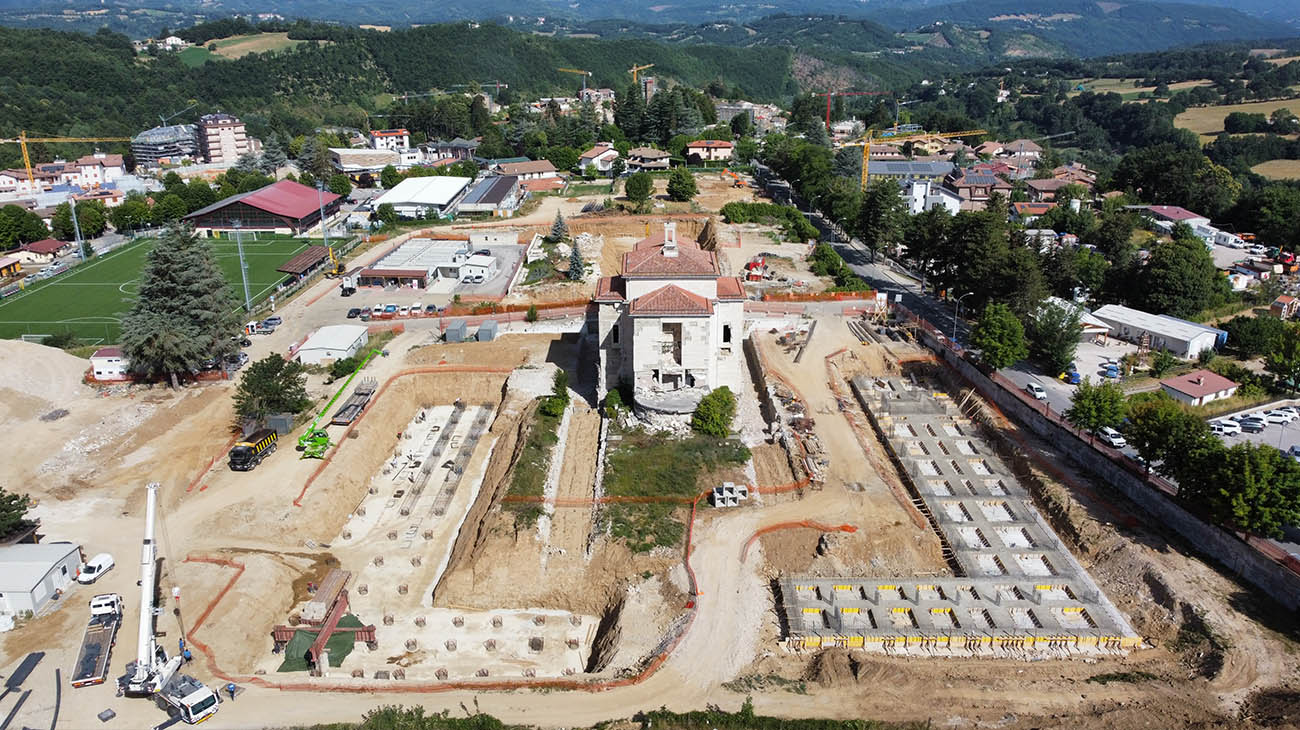 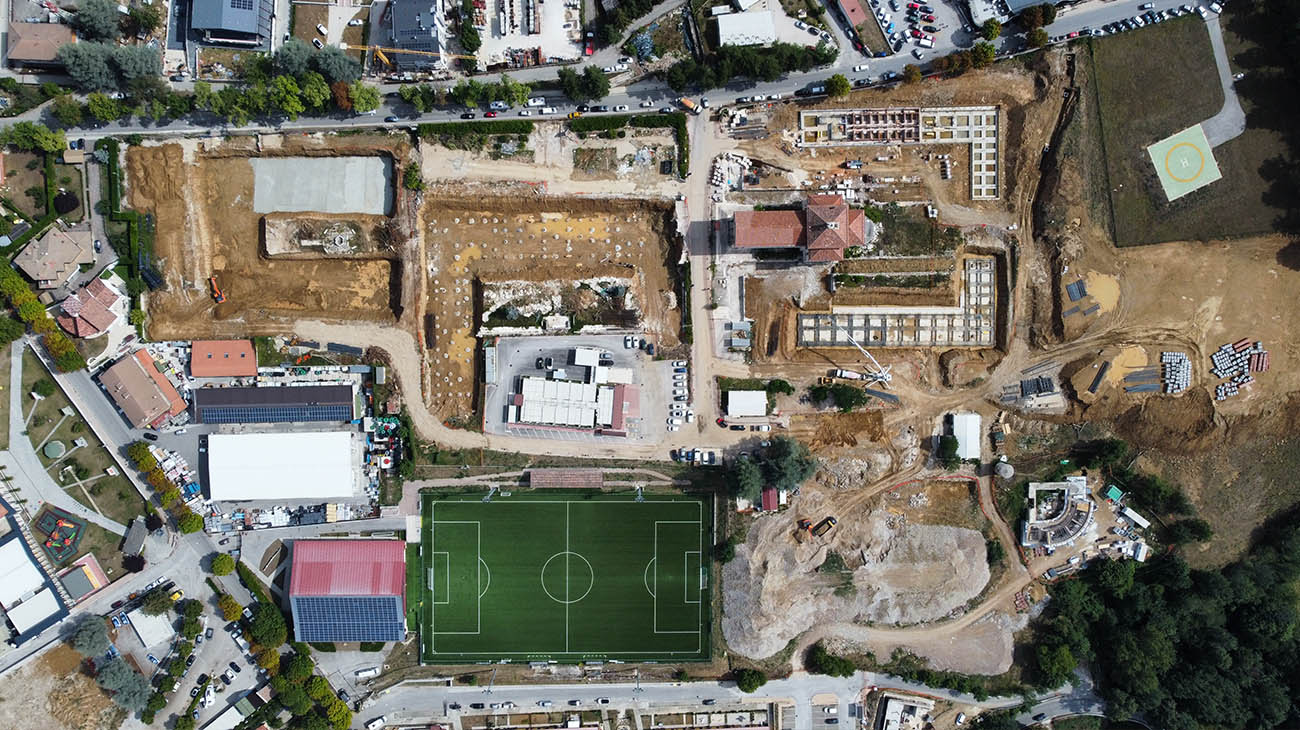 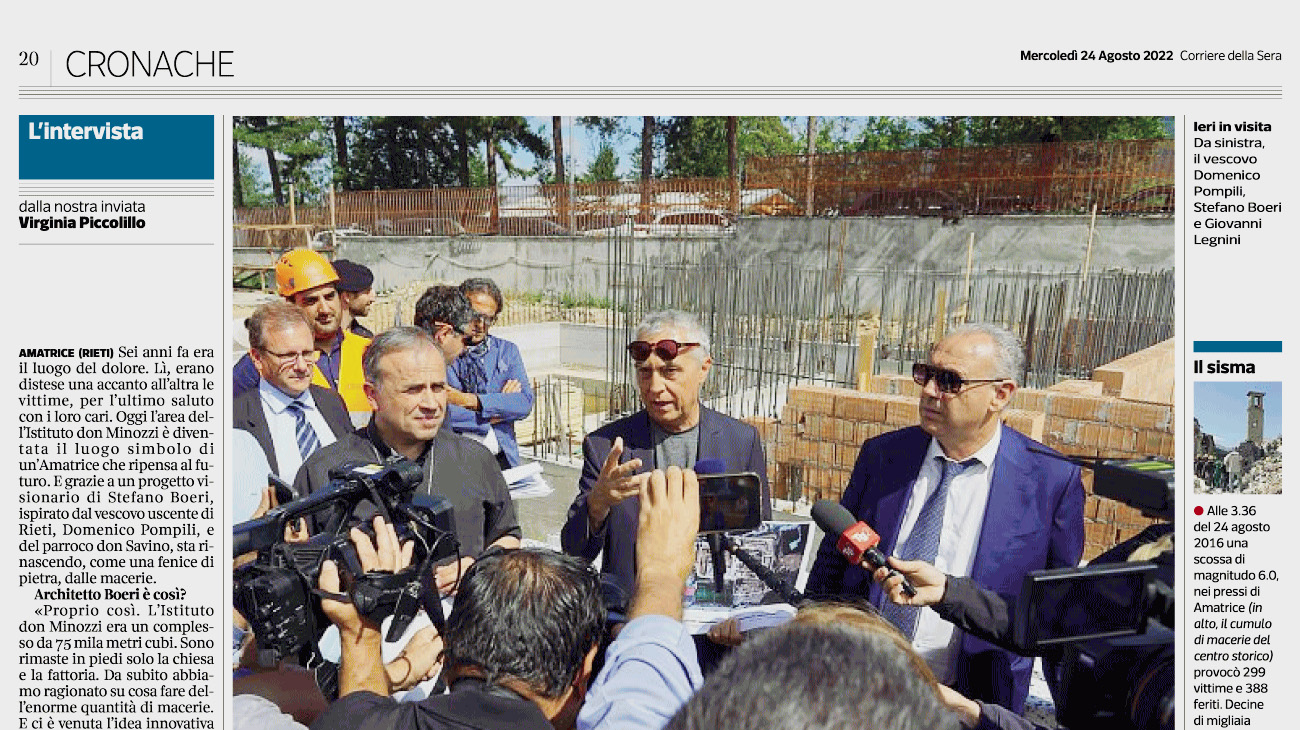 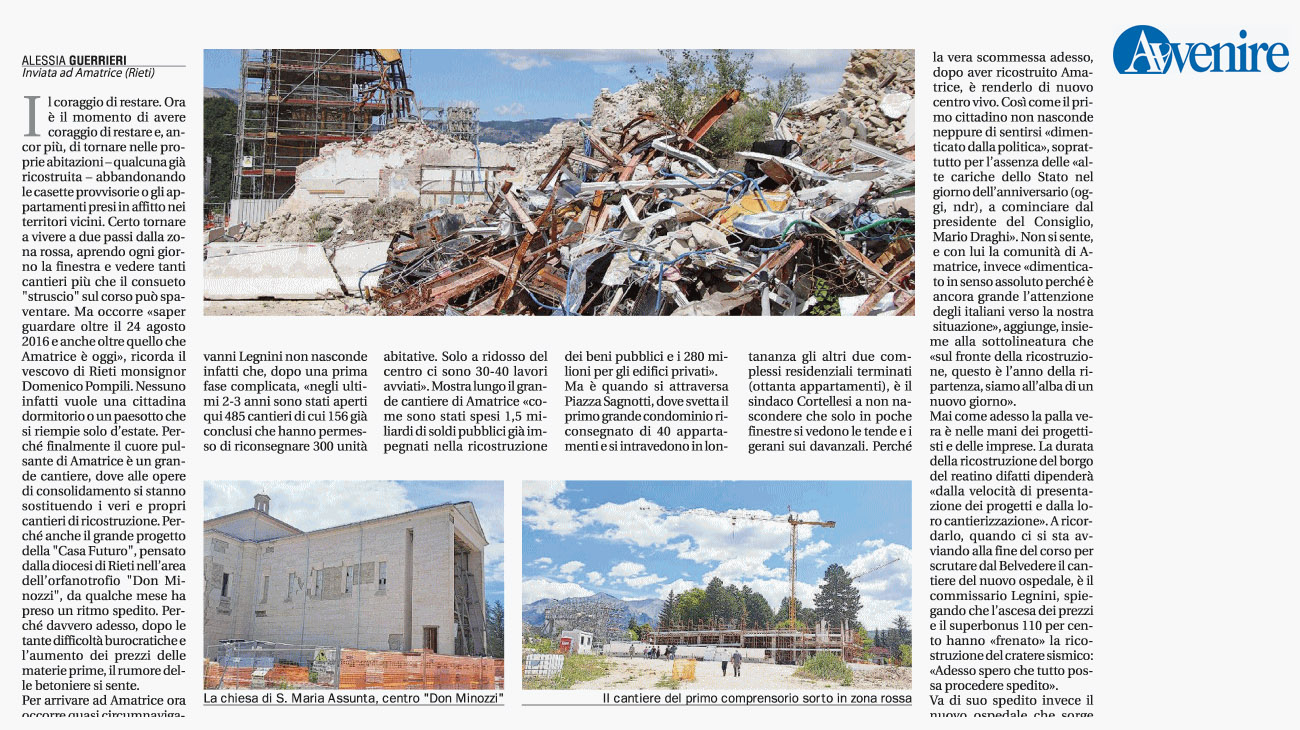 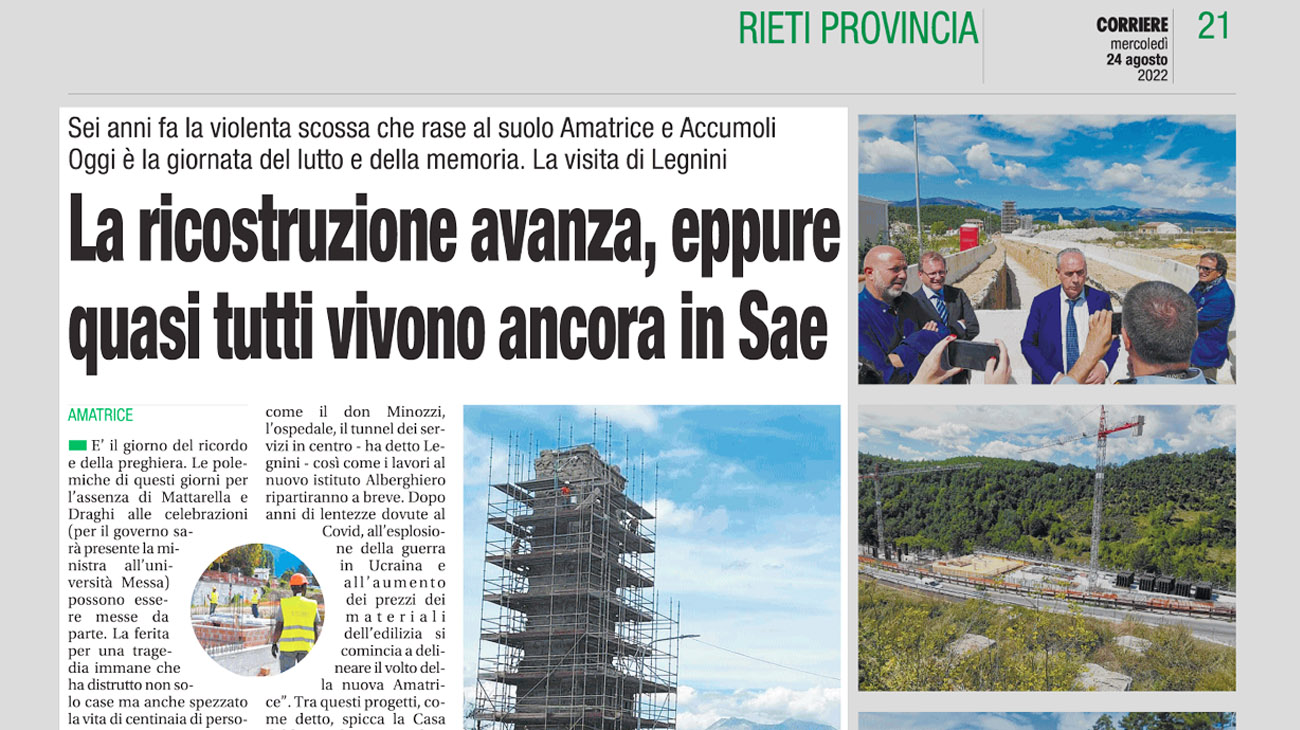 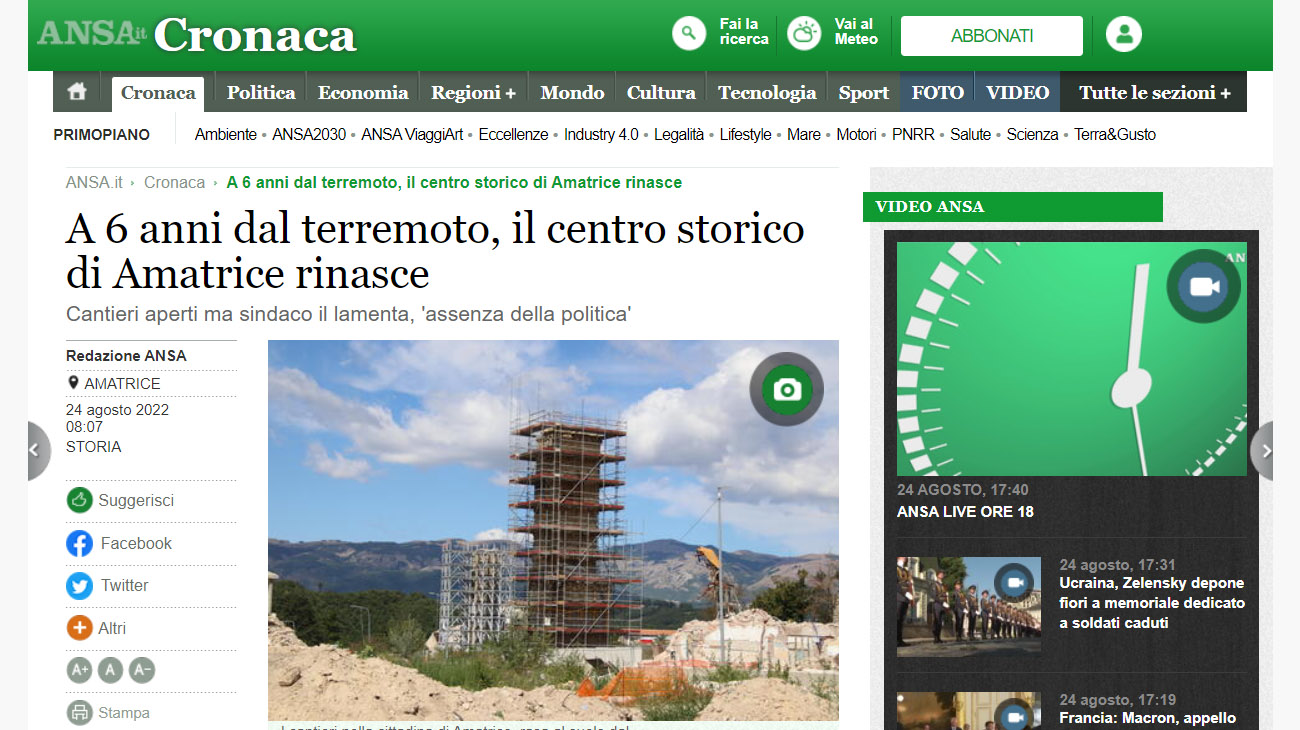 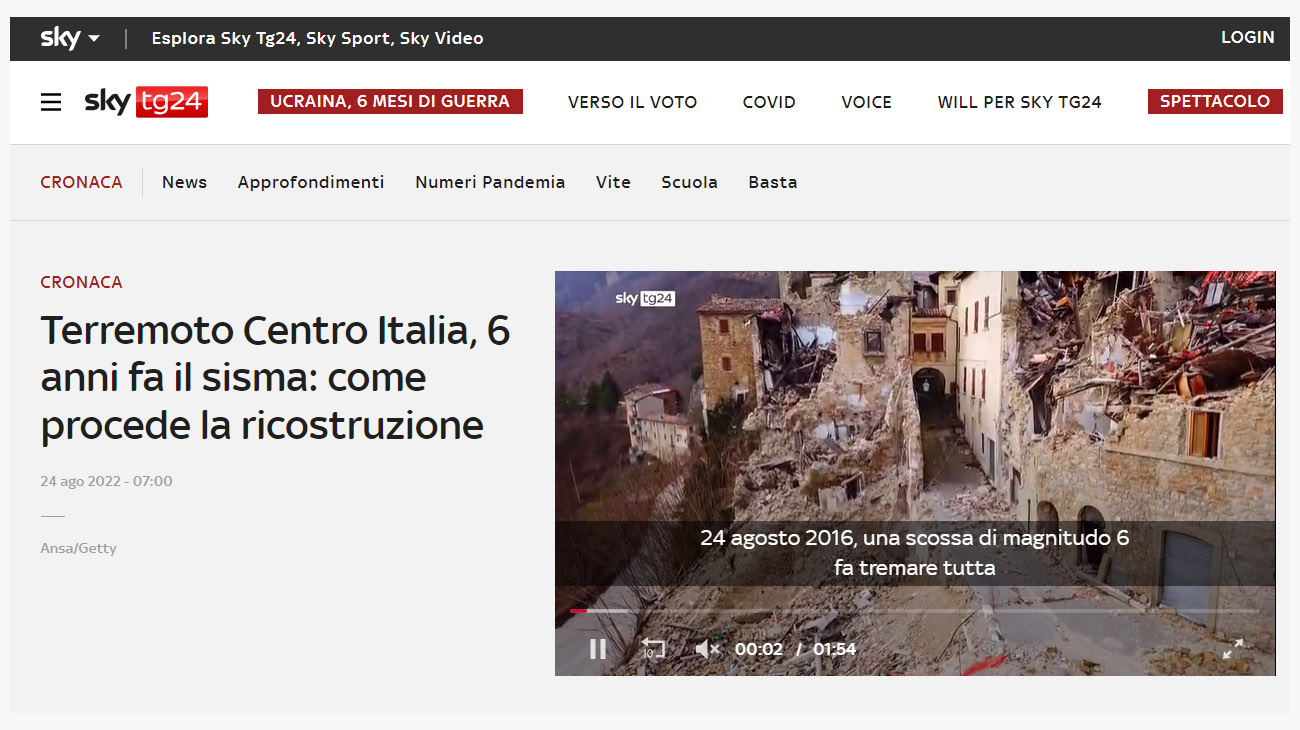 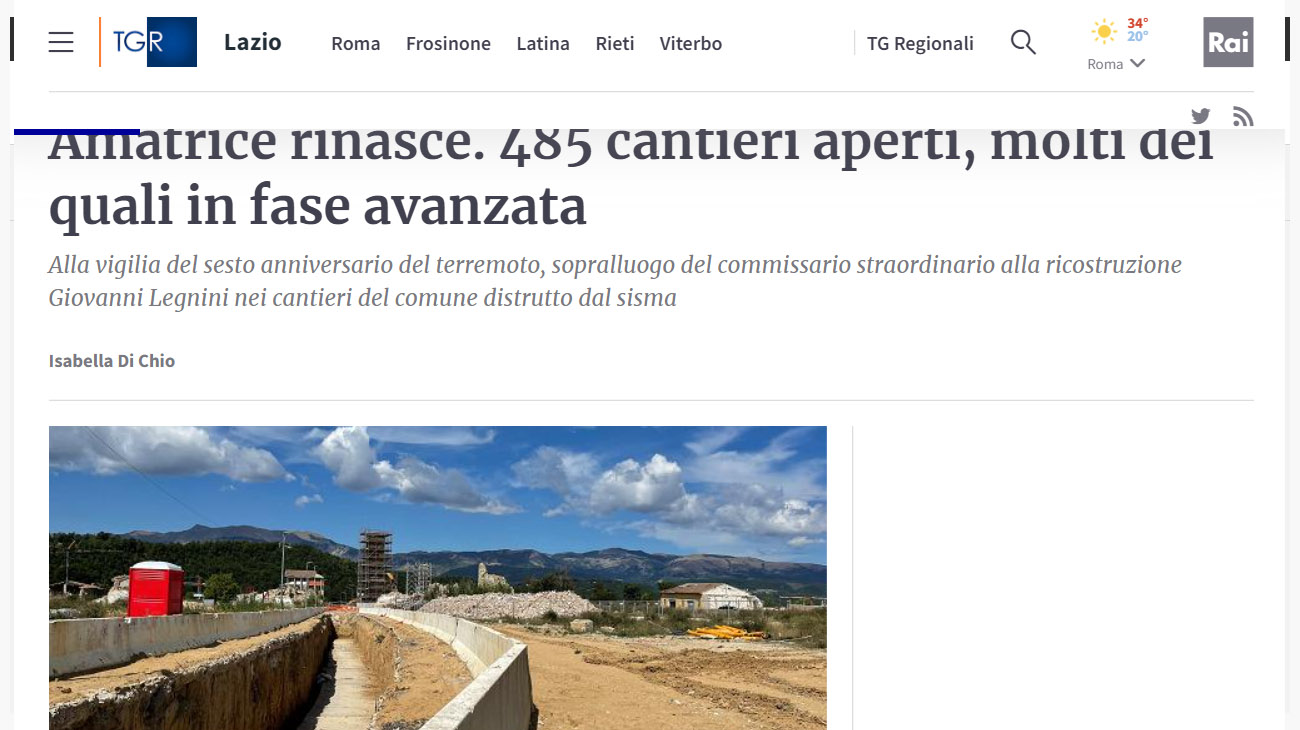 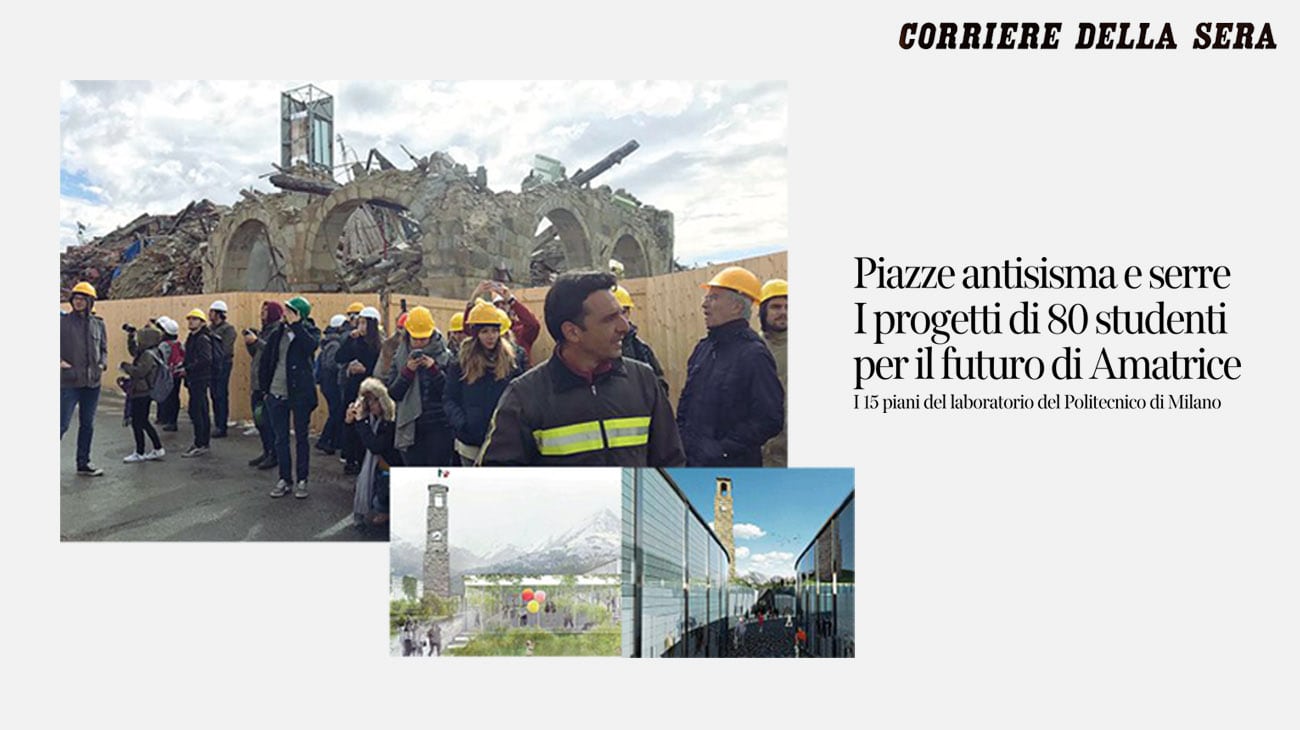 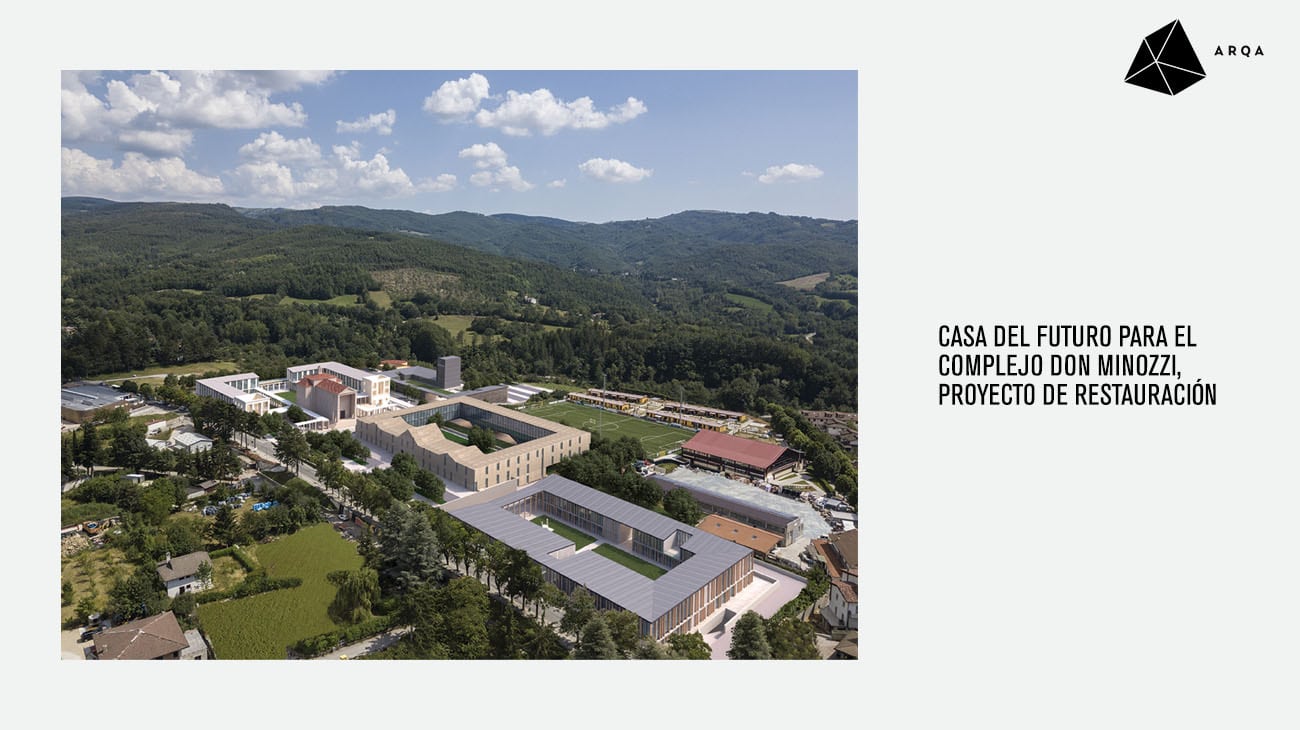 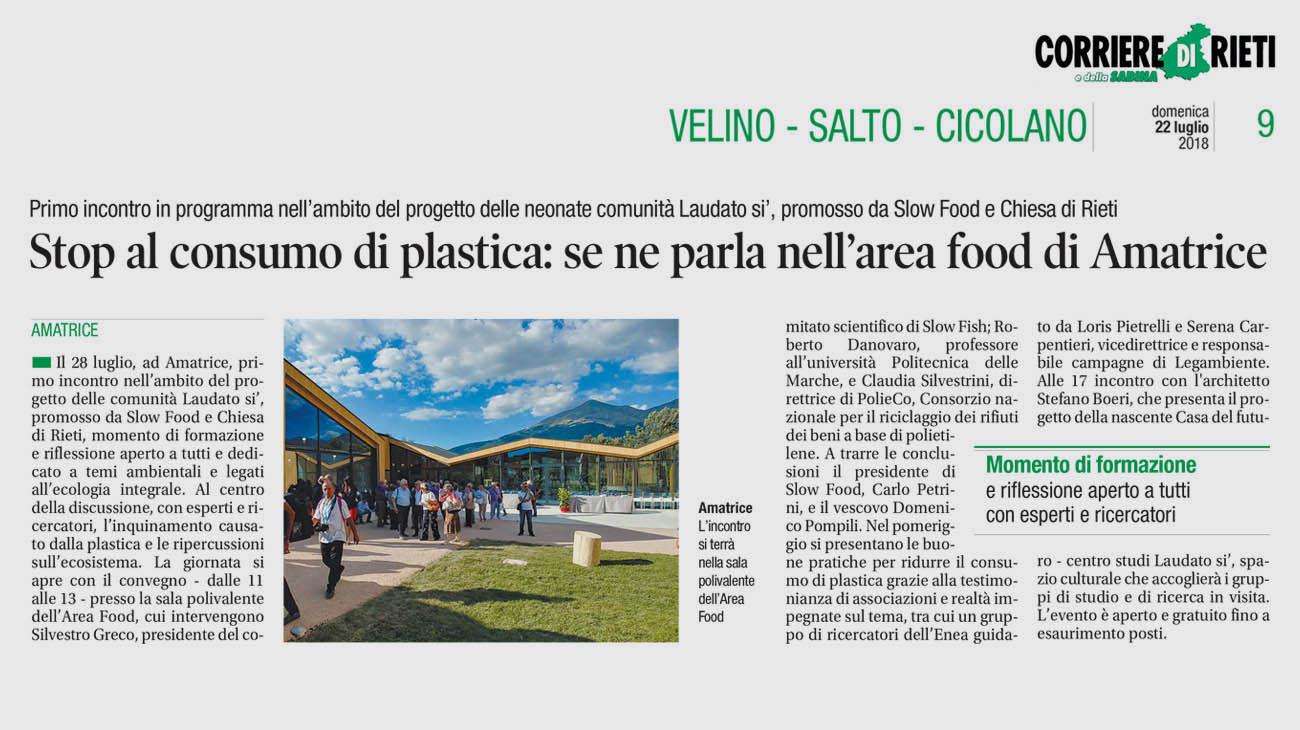 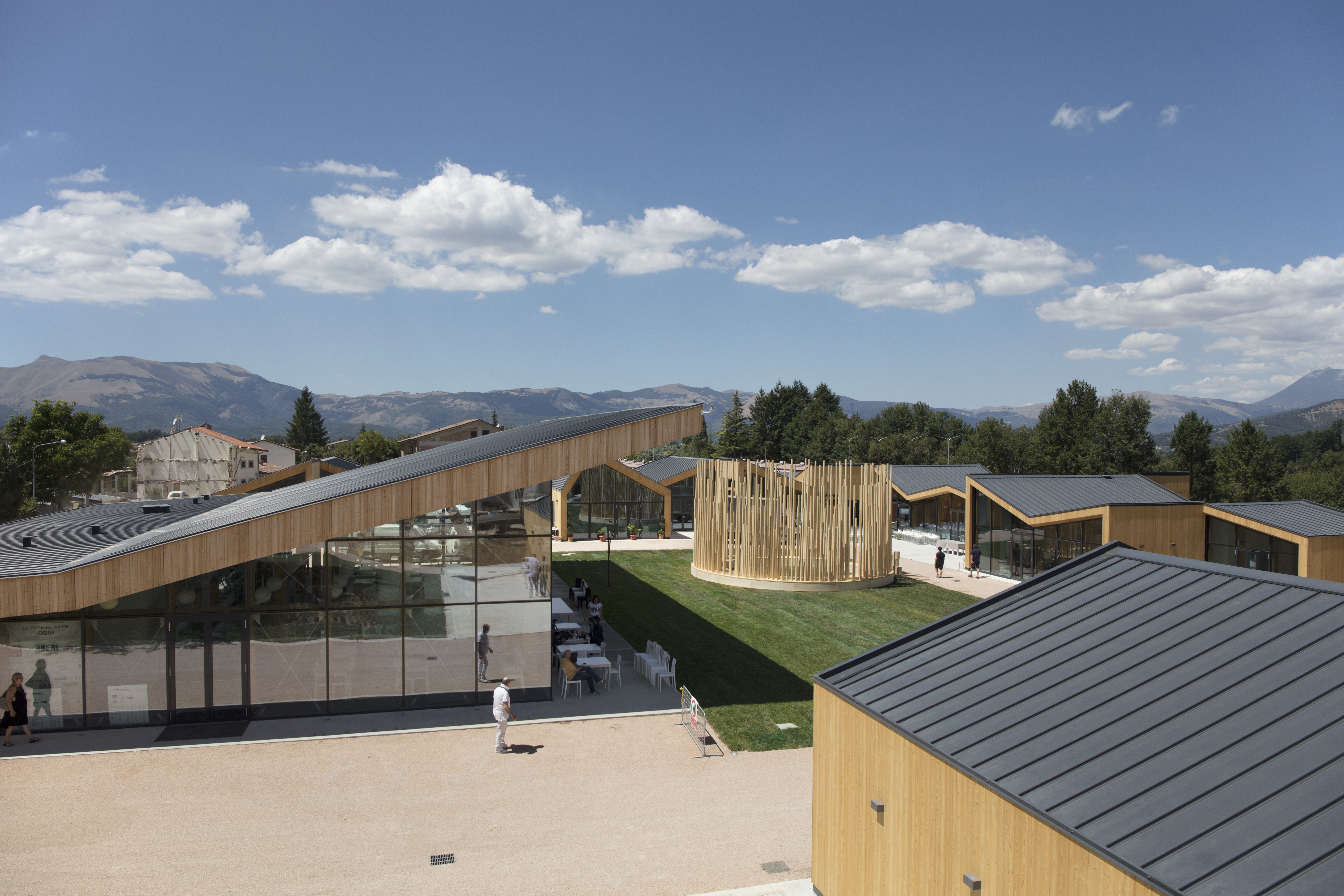