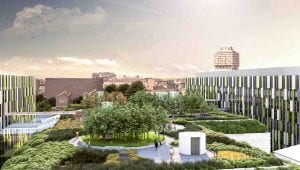 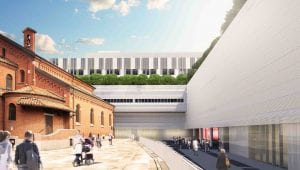 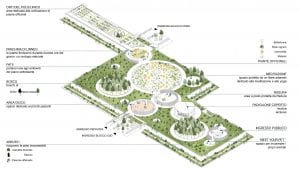 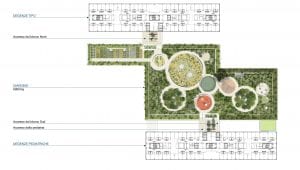 Located in the historic centre of Milan, the New Polyclinic is one of the city’s main hospitals: a health hub that encloses different services housed in separate buildings and connected by mostly external paths. While maintaining part of the original pavilion structure, the New Polyclinic project introduces a large “housing core” in the central area defined as the Central Building, which integrates the medical/surgical and maternal/child wards. This construction consists of a couple of linear buildings, intended for hospitalization areas and clinics, extended 121 x 26 meters in plan and developed in elevation up to the maximum height allowed: 28 meters. To these is added a central body, approximately 18.50 meters high and 68 meters maximum depth, which houses the operating blocks and the delivery/labor rooms. On its roof there is a lush hanging garden of over 7,000 meters square, the use of which is initially reserved for the patients and operators of the various departments, but which in the future may be open to the public for special events, both playful and therapeutic purposes. Among the main interventions of Urban Forestry planned in Milan, the Polyclinic Roof Garden is enriched with the added value linked to the chromo-therapeutic potential of its landscape, with changing essences in the different seasons. Inside there is also a rehabilitation garden, furrowed by paths with different levels of difficulty related to various types of flooring.

The intervention site is located next to the historic structure of the Ca’ Grande, Milan’s first hospital, founded in 1456 by Francesco Sforza and currently the main site of the State University. The layout of the New Policlinico remains within the planimetric limits of the original structure between via Commenda, Lamarmora and Francesco Sforza. The first stage, already carried out, involved a series of demolitions of the old pavilions at the centre of the current enclosure. This operation still retains a part of the original structure of the buildings, especially at the edge of the area. Conceptually, the project aims to make the stratified memories of a historical part of the city coexist with the overall rationalization of the large, new hospital complex.

Each of the buildings that, over time, have characterized the Polyclinic space has always been confronted with the vast dimension of an open space which, with the variation of the functions hosted, could from time to time take on a private, semi-public, public or collective character. The original organization of the departments in the pavilions however, did not provide the necessary connections between departments and health functions, something that is essential in the organization of a next-generation hospital. The transformation project therefore aims to develop the enclosure as a traversable urban system, characterized by urban service functions (both commercial and tertiary), increasing the permeability of the external public space and providing it with usable and welcoming green spaces. At the same time, the intervention efficiently organizes the operational areas, able to answer the needs of the healthcare structure, the patients and the personnel.

From a spatial and distribution point of view, the complex offers significant typological flexibility, combined with a rational internal organization of the functions and flow systems. The core of the system, the “Quota Zero” of the complex, which will function as a large public gallery, in fact, in addition to providing the main accesses to the hospital structure, will function as a large covered square for the city and will connect via Francesco Sforza to via della Commenda. From the latter you can access the Pediatric Gynecological First Aid and the Neonatal Intensive Care Department. The logic of interchange between the hospital and the city on the ground floor also extends to the green square on the roof of the Central Building. This space is in fact also designed to host special entertainment initiatives for patients and operators, but also external audiences, of which various cultural and social structures of the city will be able to promote, from the consolidated collaboration relationship with the Polyclinic Foundation, such as the Sormani Library, the Conservatory, the MuBa or the Humanitarian.

On a formal level, the Central Building is characterized by the facades of the two tallest buildings, made up of elements disposed on rigid geometric modules which vary greatly in the geometry of the metal frames and in the chromatic variations of the HPL cladding panels, available in three shades of gray. The insertion of special vertical coloured glass elements makes it possible to exploit the changing nature of the natural light in order to generate continuous and varying vibrations on the facades while the core of the Central Building has a façade formed by a second skin in perforated and folded sheet metal, superimposed on the primary plugging. Finished by a white paint, it is characterized by a specific design and hides behind it all the windows that open on the internal facade. 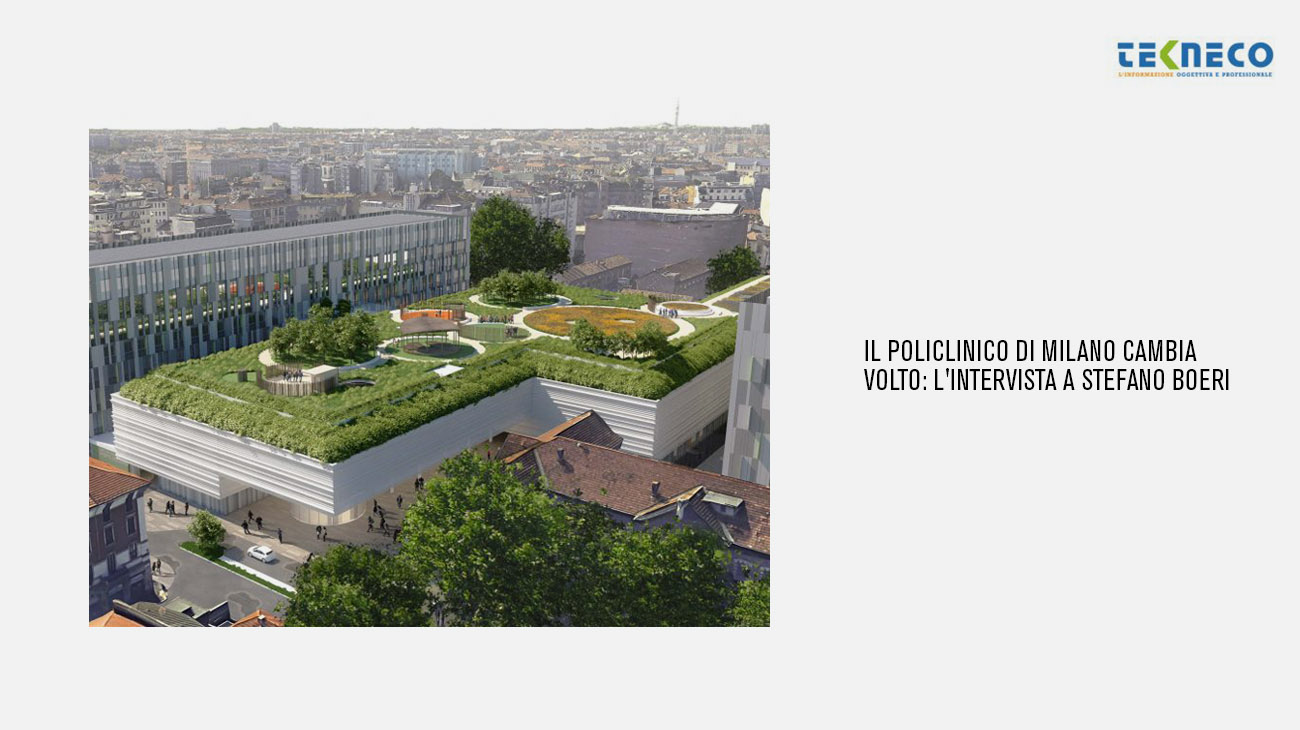