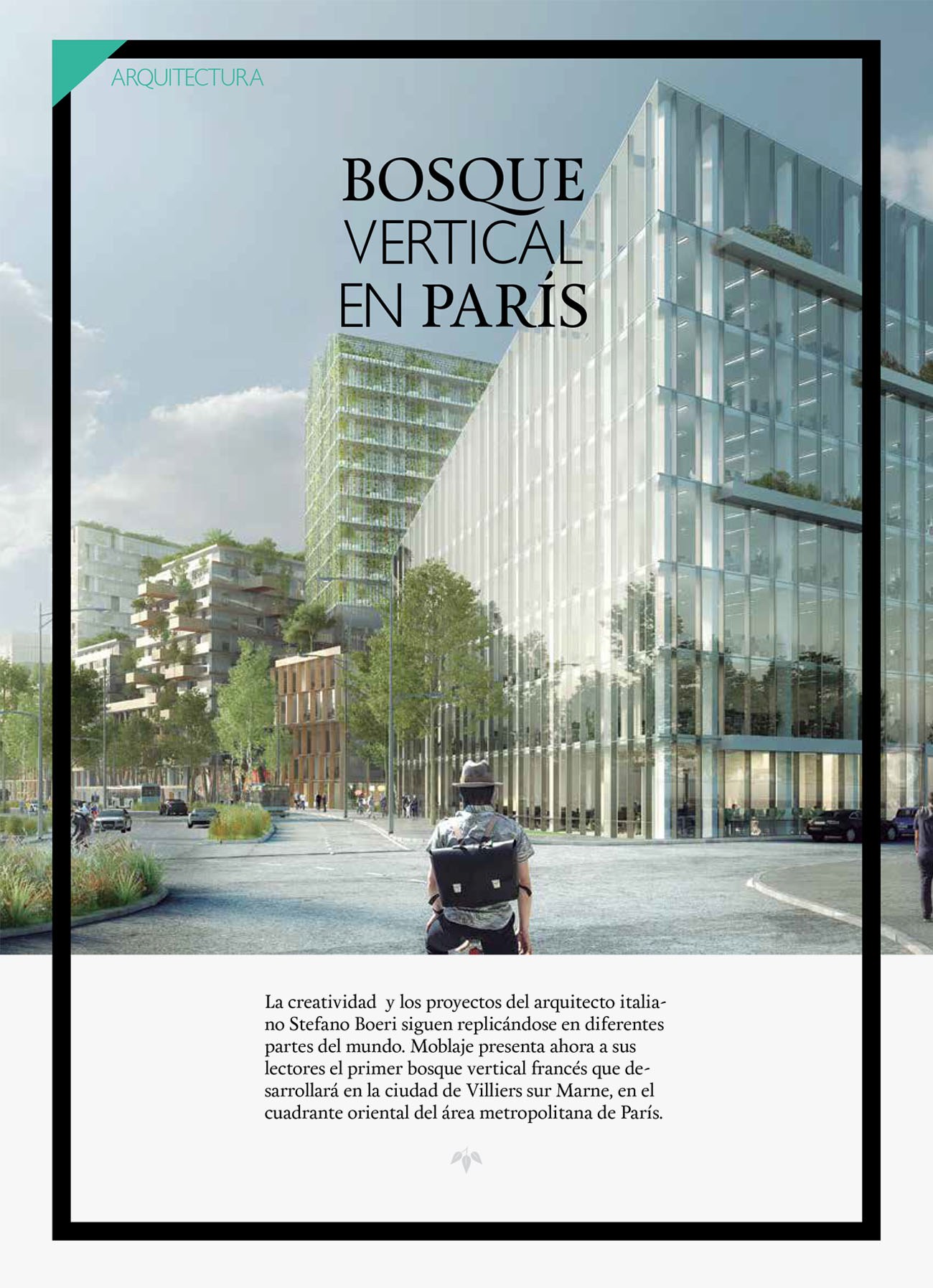 Mexican newspaper Moblaje reports about the first french Vertical Forest, fruit of the creativity and research of Stefano Boeri Architetti that confirms the engagement to tackle climate change and improve the presence of biodiversity in the cities. The Forêt Blanche will be realized in the eastern side of the metropolitan area of Paris, in Villiers sur Marne.

Forêt Blanche is a building presented by Compagnie de Phalsbourg on the Marne Europe – Villiers sur Marne site, called Balcon sur Paris – together with other projects designed by international architects among which Kengo Kuma & Associates, Oxo Architectes, KOZ Architectes, Michael Green Architecture and X-Tu – and within the context of “Inventons la Métropole du Grand Paris”, one of the most important competitions of urban development launched in Europe in the last years.

The design for the french Vertical Forest will be the first entirely realized with a wooden structure and it will present a mixed use program, in which the higher part of the building is dedicated to dwellings, while the lower one is destined to offices and commercial spaces. This new project is a further step in the development of functional and constructive aspects of Vertical Forest building, thanks to the implementation of innovative building technologies and research.