archiportale
the “open” school is a heart beating together with life 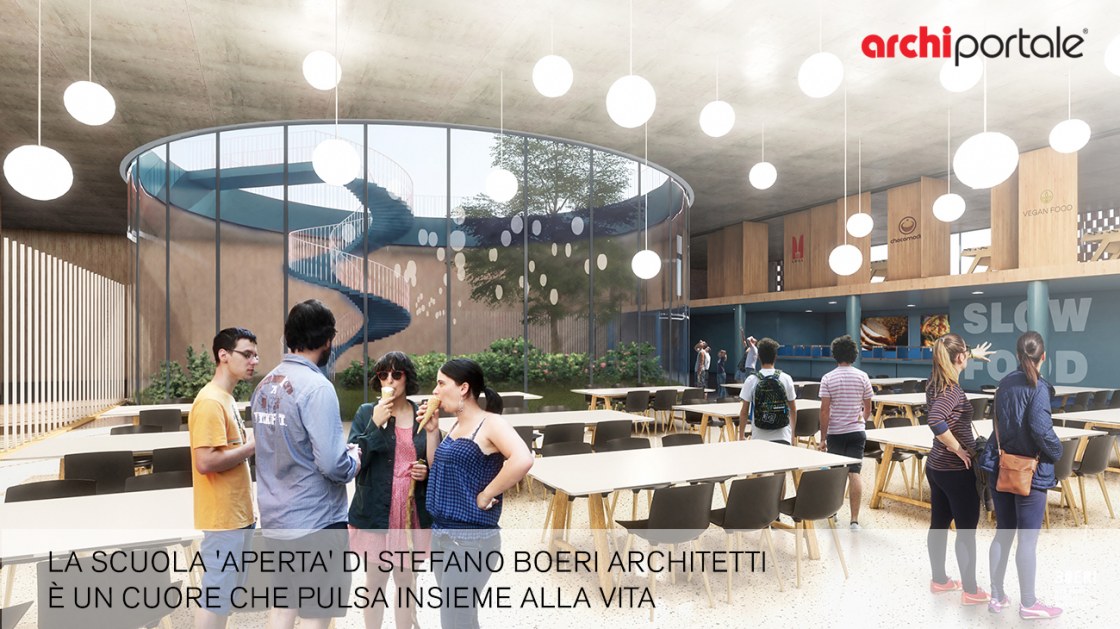 “The open school is the heart of our society, that beats together with the life, that flows in and around it. – explains Stefano Boeri – The new school hosts meetings, discussions, dialogs for associations without head offices. It opens the doors to those seeking a space to start a social and cultural venture. It welcomes book clubs and organizes courses to explore the most intriguing, bizarre and extreme depths of knowledge”.

The three schools are part of Tirana General Local Plan (designed by Stefano Boeri Architetti, in collaboration with an interdisciplinary team and approved last year) to be realized in the north-west quarter of the Albanian capital, in the areas of Don Bosco, Kodër-Kamëz and Shqiponja Square. One of the objectives of the Plan was to limit a chaotic expansion of the city and try to optimize already existing spaces. Give a new life to abandoned buildings, by adapting them to the new needs of the citizens, fix and repair and even “have the courage to demolish”  what’s no longer exploitable. The project of the new public schools for Tirana is an attempt to integrate in a building traditionally destined to education new activities for different users, at times when the school is not used by students. A building that meets the requirements of the citizens, an urban square changing together with the community.