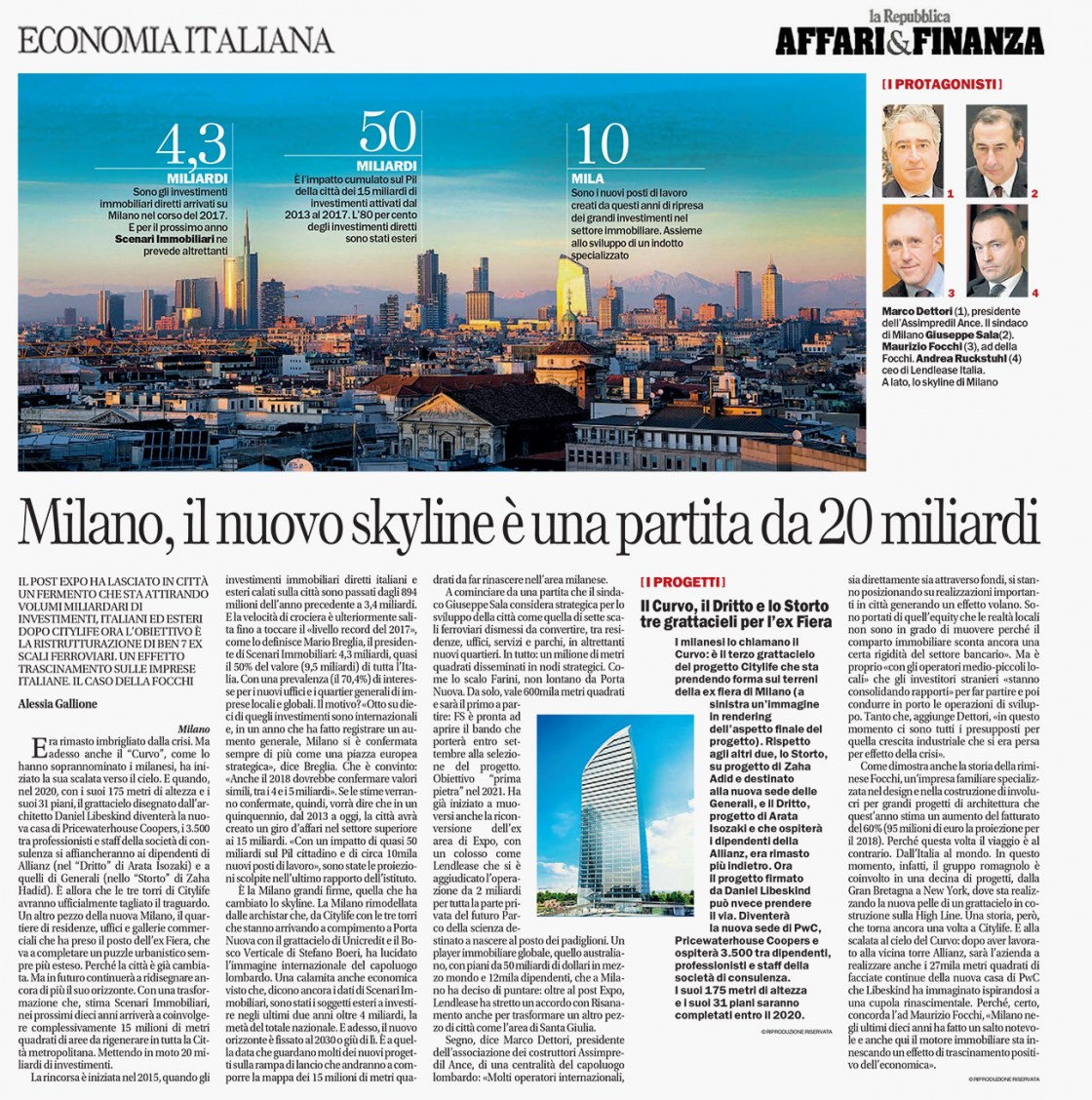 “The post Expo has left a ferment in the city that attracts billionaires of investment, both Italian and foreign, after Citylife today the goal is the requalification of seven ex-railway yards” – writes Alessia Gallione, a Milanese journalist who followed the Expo deal from the beginning of the story and that today analyzes its legacy. The rebirth processes initiated in the real estate sector after the great economic crisis have allowed Milan to aim for more global objectives as early as 2030. Among the most ambitious projects the redevelopment of railways, a proposal developed from the consultation of ideas that involved five multidisciplinary teams, including Stefano Boeri Architetti with the project A Green River for Milan.

Most of the investments are international and, in a year that has seen a general economic recovery, Milan has confirmed its role of strategic European center. Dynamics that allow us to hypothesize a similar market trend for the next few years, according to Mario Breglia, the President of Scenari Immobiliari.

“Milan of the big names, the ones that have changed the skyline, Milan remodeled by the archistars that, from Citylife with the three towers nearing completion to Porta Nuova with the skyscraper of Unicredit and Vertical Forest by Stefano Boeri, has polished the international image of the capital of Lombardy: an economic magnet, given that, according to the information of Scenari Immobiliari, foreign entities have invested over 4 billion in the last two years, half of the national total. And now the new horizon is set at 2030 or so, many of the new projects are meant to be realized by that date, to compose the 15 million square meters of territory to be renewed in the Milan metropolitain area “.

Projects such as A Green River for Milan and Vertical Forest are part of a series of strategies for regenerative development, which involve collaboration between public and private subjects with the common goal of making the city  European leader of Forestry by 2030.