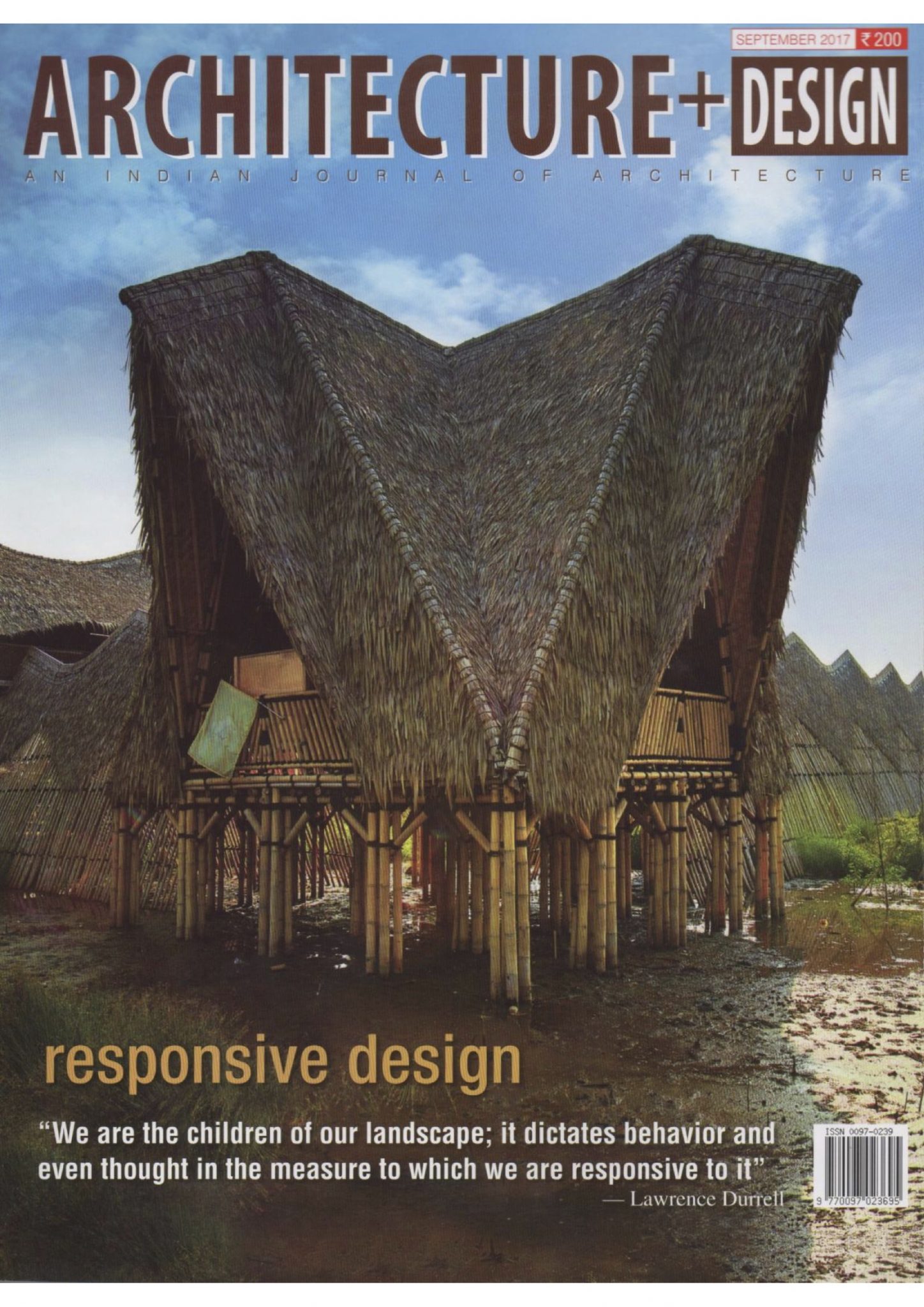 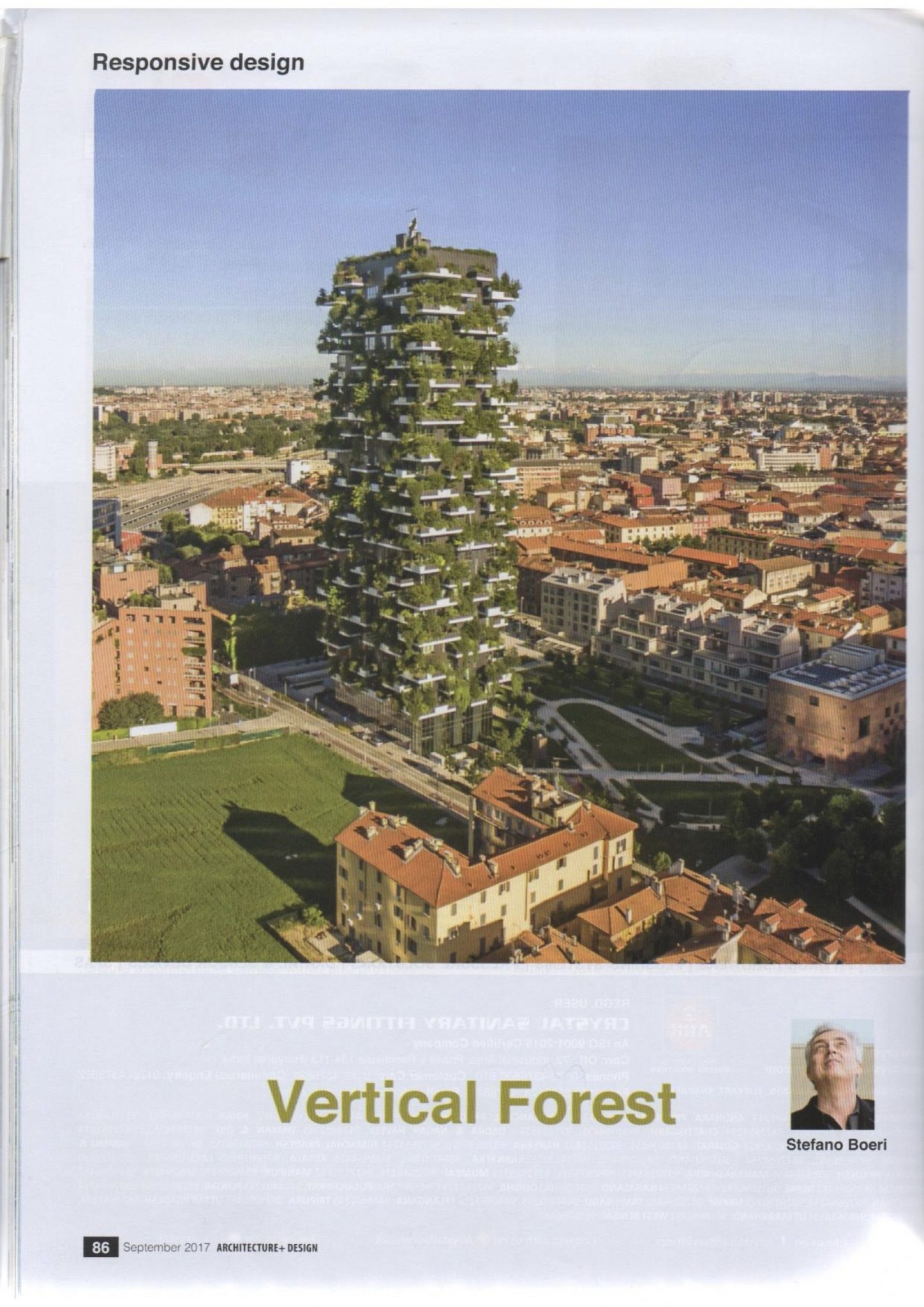 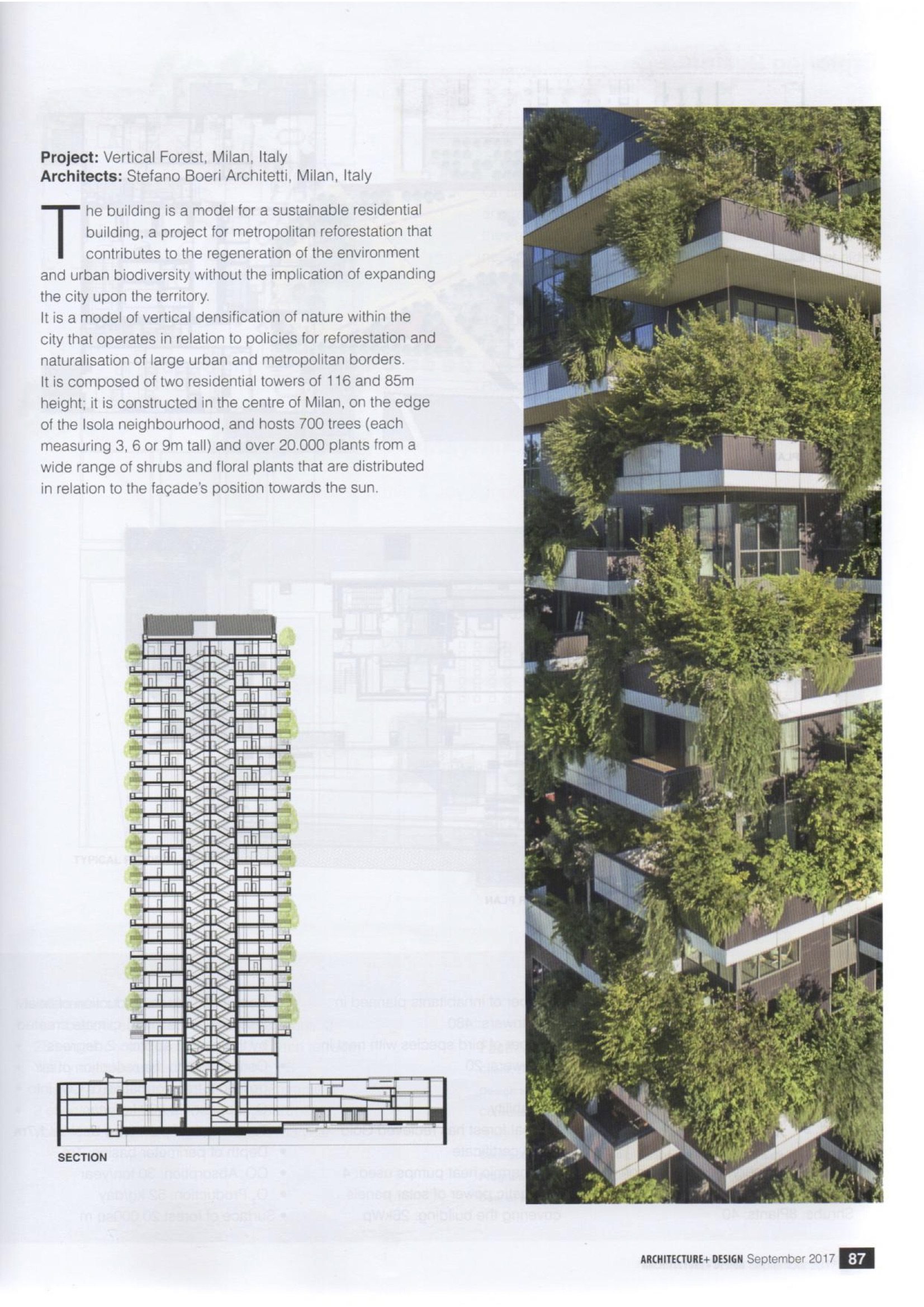 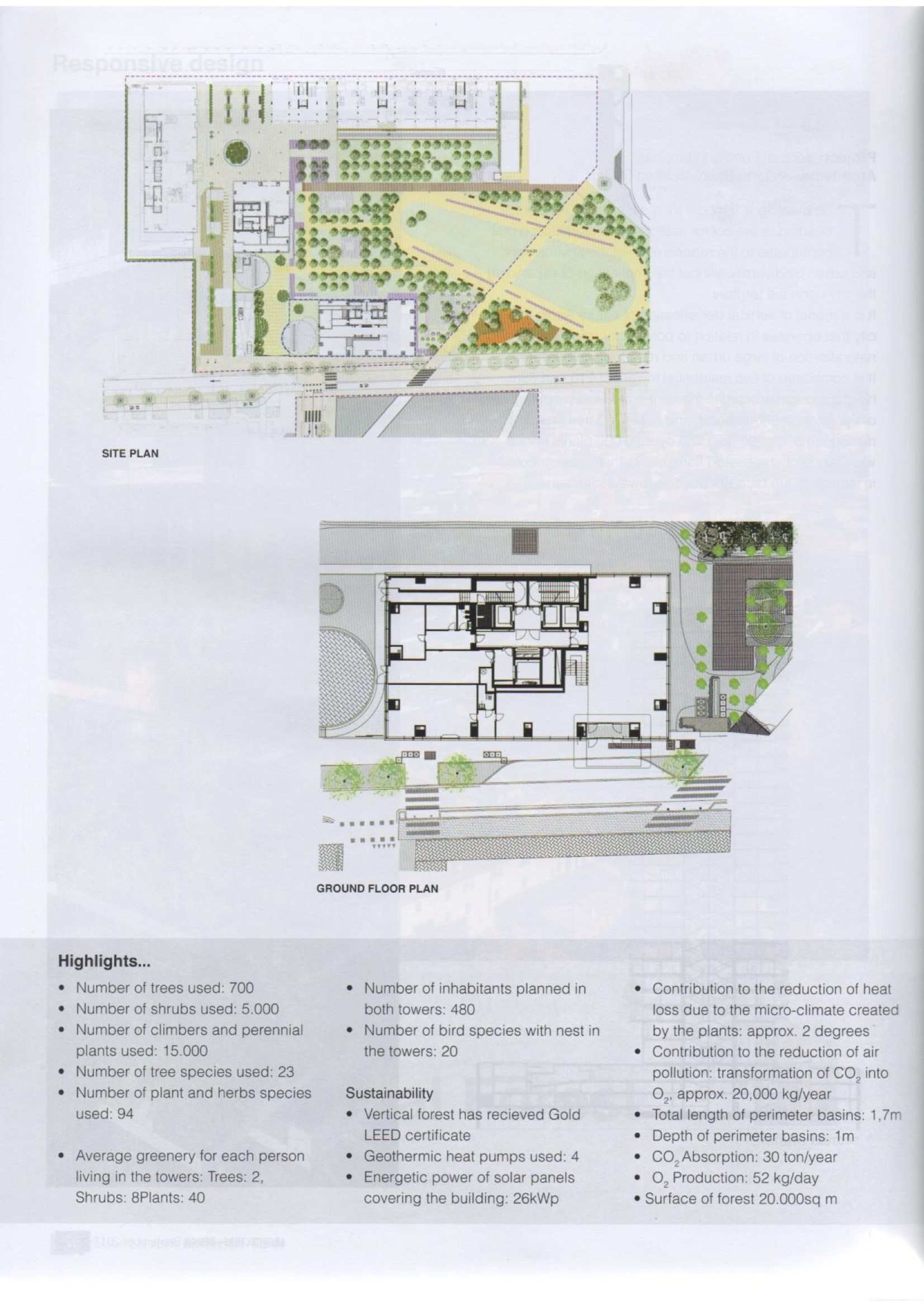 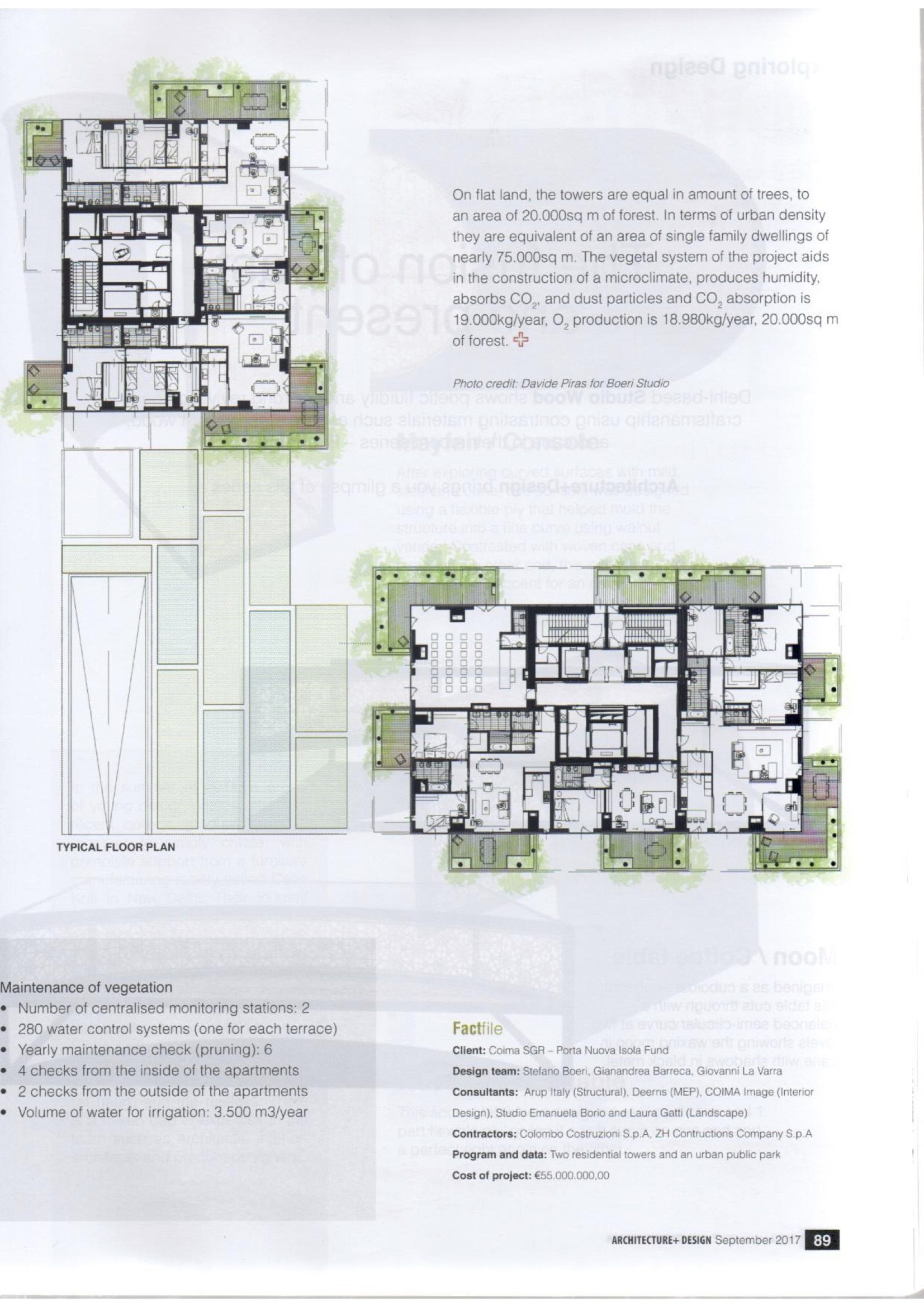 The Vertical Forest designed by Stefano Boeri is a model of sustainable residential building, a project that speaks of metropolitan reforestation and contributes to the regeneration of the environment and urban biodiversity. This project is the first example of vertical densification of nature within the city, which operates in relation to the policies of reforestation and naturalization of the great urban and metropolitan boundaries. The first example of the Vertical Forest, consisting of two residential towers of 110 and 76 m height, was realized in the centre of Milan, on the edge of the Isola neighborhood, hosting 800 trees (measuring 3, 6 or 9 meters), 4,500 shrubs and 15,000 plants from a wide range of greenery and floral plants distributed according to the sun exposure of the facade. On flat land, each Vertical Forest equals, in amount of trees, an area of 20,000 square meters of forest. In terms of urban densification it is the equivalent of an area of a single family dwelling of nearly 75,000 sq.m. The vegetal system of the Vertical Forest contributes to the construction of a microclimate, produces humidity, absorbs CO2 and dust particles and produces oxygen.
The Indian magazine Architecture + Design dedicates an article to the Vertical Forest on September 2017 issue, titled “Responsive Design”.