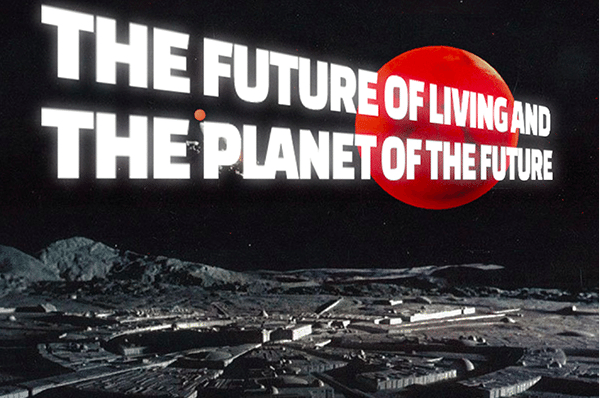 The future of living and the planet of the future is a title chosen for the 2018 edition of space&interiors, the event dedicated to architects and interior designers which will be held at The Mall, in Porta Nuova area, from April 17th to April 21st, during Milano Design Week. The public and the operators of the field are invited to explore the future of living in the place where humanity could move in 100 years: Mars, the red planet. The curator Stefano Boeri tells how the idea was born.

«The project aims to transform the meeting with important companies into an unprecedented experience, which takes into account the frenetic sequence of events that accompany the Salone del Mobile. The descent into an extraordinary hypogeum space of 5 thousand square meters, in the Porta Nuova area, leaves plenty of room to the imagination. This is why we have tried to imagine a “different” world, compared to what in those days is seen moving between the skyscrapers or the pavilions of Rho».

The call to Mars is anything but a provocation.
«The reference to the Red Planet has a double value: on the one hand it tells the work of research, exploration of the future, of invention and anticipation of possible solutions that the companies dealing with interiors and furnishings produce. On the other hand it’s a reflection on the emergency of climate change, which today seriously leads many research centers to study the hypothesis of colonizing Mars. Our studio has recently presented a project in Shanghai that studies the new forms of housing and the reconstruction of the atmosphere on Mars through a series of Forest city seeds. Together, these two considerations led us to imagine offering the visitor a unique experience, similar to that of entering into a new world and trying to understand how it could be inhabited. The Mall will become a fluid space, where the visitor can have an unexpected sensitive experience. We are currently working hard and can not reveal anything else».

Mars as an ever approaching planet.
“The Guardian has released a report that predicts that if climate change is not reversed, 275 million people in locations like Shanghai, Tokyo, Singapore, Los Angeles might have to deal with coastal flooding caused by melting glaciers. I run the Future City Lab laboratory at Tongji University in Shanghai, a post-doctoral research program where the mutation of planetary cities is anticipated, and we have been asked to discuss what will happen once Shanghai is flooded. One of the hypotheses – considered by the Chinese Space Agency – is to colonize another planet. And just recently we talked with a MIT researcher who is working on these issues … in short, it’s a provocation but based on very concrete reasons. We are thinking about how to recreate a breathable atmosphere and livable conditions for mankind and other living species. Today there are many research centers, agencies, private companies and institutions involved in this project. Moreover, other architects, like Norman Foster and Bjarke Ingels also work on this hypothesis”.

From Mars to our homes. What are the new challenges for interior design?
“The main topics are the materials of the future, the project of places of socialization such as those related to the rituals of food and eating together, the home automation and the devices that accompany us in our private domestic life and in external life. We have asked companies to select a product representing the future for them”.