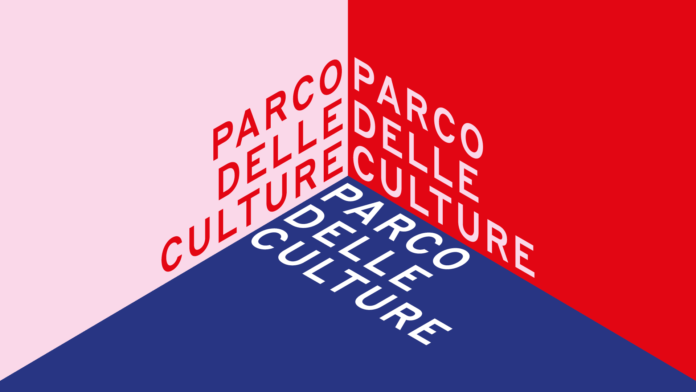 The idea launched by the architect Stefano Boeri at the beginning of his term as President of  La Triennale becomes reality: the great Park of Culture will be born in Milan and will involve the main cultural institutions of the city that surround the Sempione Park.
In February 2018 Stefano Boeri drew up the hypothesis of enhancing cultural institutions – first of all Triennale, Castello Sforzesco, Piccolo Teatro and Dal Verme Auditorium – within a virtuous system, within which each one could bring together a part of its artistic and cultural production. A platform that has as its epicenter La Triennale with the Teatro Continuo by Alberto Burri, reborn in 2015 on the occasion of Expo: “The multiplicity of fields of interest must be traced back to that very particular perspective on the world that offers architecture, which is its capacity to anticipate the future, the spaces, the landscapes … To return to the centrality of architecture means not to renounce theater, fashion, creative arts: all of them are consubstantial to architecture, even the building in Viale Alemagna by Giovanni Muzio is an extraordinary future machine, there are scenic spaces, others for school, library, meetings and there is a whole park around, that offers the possibility to incorporate the plant world. La Triennale can be one of the nodes of a Park of Culture, together with Piccolo Teatro and Arena” (interview with Stefano Boeri on Corriere della Sera, February 16th, 2018).

On Wednesday, September 26th at 10.00 am at La Triennale di Milano will be held the press conference for the presentation of Park of Culture (Parco delle Culture).

The project, created by the Municipality of Milan with the Councilor for Culture Filippo dal Corno and promoted by La Triennale di Milano Foundation, involves 9 institutions: the Civic Aquarium, the Parco Sempione Library, the Cascina Nascosta, the Castello Sforzesco, I Pomeriggi Musicali, the Museum of Natural History, the Piccolo Teatro di Milano, the Torre Branca, the Triennale di Milano.

Each of the companies participating in this initiative will present events and proposals in line with their activities, which will merge into a program in which art, theater, music, science and literature interact with each other. The basis of this new network is the idea that the institutions involved can leave their premises and find a common ground for collaboration to develop new synergies.

The program of September 30th brings together at the suggestive Teatro Continuo di Burri, in the heart of the Sempione Park, events, concerts, workshops and guided tours for adults and children. All appointments are free and without reservation.

The day opens with the concert Pocahontas by Manuel Renga – Orchestra i Pomeriggi Musicali, follow the Botanical Readings of Narratecari (edited by the Park Library), guided tours in the park with the conservator of the Acquario Civico (by Castello Sforzesco,  Aquario and the Natural History Museum). The journalist and art critic Gabi Scardi presents A lunch at Arman, an event dedicated to the work Accumulazione musicale and session of the French sculptor Arman (edited by the Culture Department of the City of Milan). In the afternoon a guided tour of the park with the botanist of the Natural History Museum (by Castello Sforzesco, Aquario and the Natural History Museum) and the botanical readings The City of Trees, in collaboration with the association, is scheduled. Fourth landscape and volunteers of the Pact of Milan for Reading (by the Park Library). The show Il volo di Leonardo by Flavio Albanese is aimed at children and teenagers and tells the world of the genius of Leonardo da Vinci (edited by Piccolo Teatro). Soon after, Gianfelice Facchetti brings the stage show “Eravamo quasi in cielo” to the stage, which recalls the history of the La Spezia Firefighters who won the war championship in 1943-44 (by the Milan Triennale, on occasion of Milan CalcioCity). Finally, visits to Torre Branca will take place throughout the day.

In addition to this rich program, through the free registration on Eventbrite, throughout the day on Sunday it will be possible to take advantage of a 50% discount on entrance tickets to Castello Sforzesco, Torre Branca, Civic Aquarium and Triennale exhibitions from Milan.