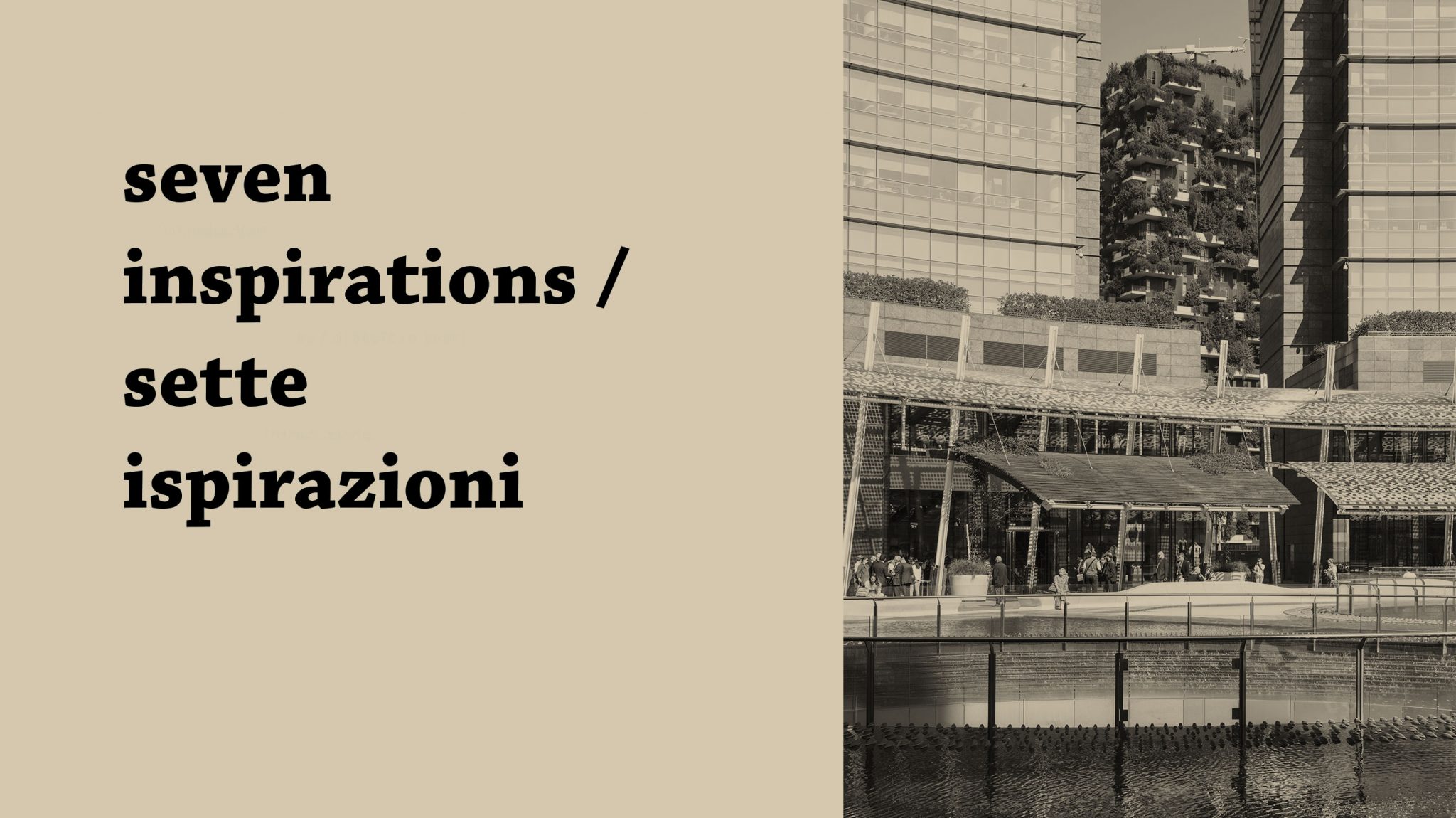 The idea of building a tower completely surrounded by trees came to me in early 2007 in Dubai – one of the cradles of the new oil and ﬁnancial capitalism – when as editor-in-chief of “Domus” I was following the frantic construction of a city in the desert consisting of dozens of new towers and skyscrapers. All clad in glass or ceramic or metal. All reﬂecting the sunlight and therefore heat generators: in the air and especially on the ground, the area inhabited by pedestrians.
At that time I was teaching at the Graduate School of Design at Harvard and the School magazine (“Harvard Design Magazine” 1) had published a piece of research by Alehandro Zaera Polo which explained that 94% of the tall buildings in the world built after 2000 were covered in glass. Glass and mineral skins in an increasingly artiﬁcial and mineral city.
At that time I was starting the design of two towers in the centre of Milan and suddenly – the most radical and bizarre ideas come without warning – it occurred to me to create two eco-friendly towers; two towers covered not in glass but in leaves – leaves of plants, shrubs, but especially the leaves of trees.
Two towers covered in life.
To convince my clients – the Italian branch of a multinational American real estate company – I asked a journalist friend to publish a picture in an Italian newspaper showing the two towers covered with trees and a compelling title: “the ﬁrst ecological and sustainable tower is going to be created in Milan”. In fact, the promise and the intention of these two buildings, 111 and 78 metres high respectively, was to noticeably reduce energy consumption thanks to the ﬁlter that a façade of leaves exerts on the sunlight plus the microclimate that is created on the
balconies, which reduces the diﬀerence in temperature between the inside and the outside of the apartments by about 3 degrees.
I added in that article – which was so successful as to push my clients to take this little “quirk” seriously – that in addition to carbon dioxide, the leaves of the trees would also absorb the pollutant micro-particles created as a result of urban traﬃc and so would help clean the air in Milan, as well as producing oxygen in turn.
In the following months, together with the architects in my studio 2 we wrote a “Manifesto for the Vertical Forest” which promoted the idea of a living and sustainable architecture that would reduce fuel consumption and therefore the human impact on the environment.
The truly revolutionary aspect of the project was not of course the presence of trees  and shrubs on the balconies; but the idea of hosting nearly 700 trees from 3 to 9 meters tall along the kilometer and 700 metres of pots that lined the perimeter of the balconies of the two towers.
The idea was to have two trees for every inhabitant of the two towers, leading to a total of 20,000 plants (5,000 shrubs and 15,000 perennials and climbers).
Eﬀectively, it was the idea of building a Tower for trees – which incidentally housed human beings.