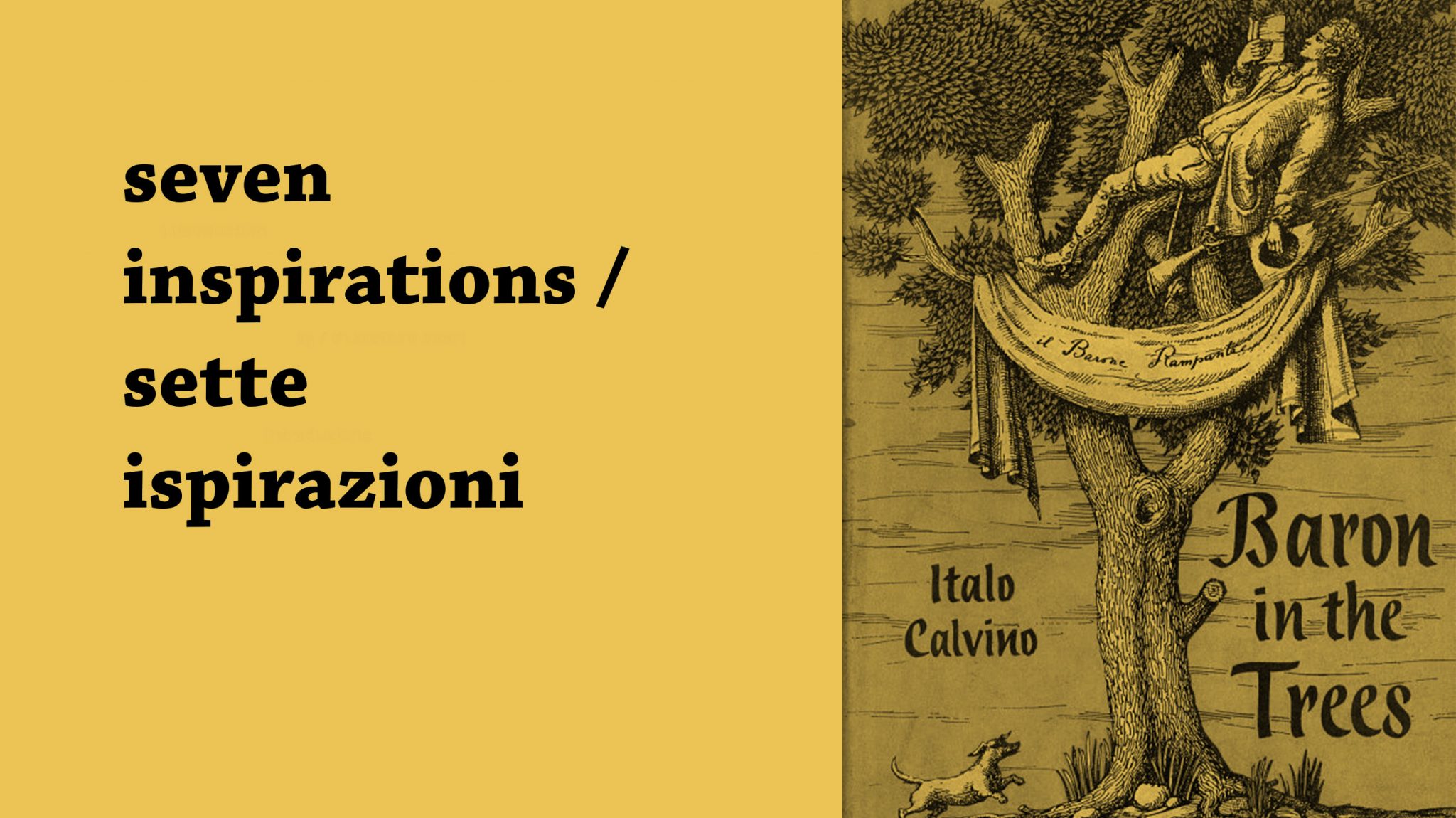 The trees are not “green”, they are not “forest”, they are not “nature”. Every tree is a character in the life-giving story of the planet, with its own biography and a mysterious ability to preserve our public and private memories. I owe my obsession with trees to Cosimo Piovasco di Rondò, the little Baron who one evening in 1767 in Ombrosa, a small town in western Liguria, decided – at the age of 12 – to leave the ground and live in trees for the rest of his life. The character from the novel by Italo Calvino, published in 1957, is a staple in the imagination of my adolescence; to him I owe my fascination with the forests of olive trees and oaks that line the shores of the Mediterranean and their undergrowth of juniper, myrtle and helichrysum. Also to the Baron of Ombrosa, born just a few kilometers from Badalucco, the village which is home to the roots of my father’s family, I also perhaps owe a taste for obstinacy in radical and irreversible choices. But there were other memories from my life that inspired my obsession with trees, such as visits to the building site of a small house designed in 1968 by my mother Cini Boeri in the woods of Osmate, near Lake Maggiore. I was 12, like Cosimo, and I remember the decision (then very much against the mainstream) of building a house that took up land between the birch trees without cutting down any of them. A zigzag house, with inset sections built around the trees and big windows that looked out on the branches. A few years later, in 1972 – the very year in which Friedensreich Hundertwasser was walking in the streets of Milan with a tree – a great Italian singer and artist, Adriano Celentano, wrote one of his most beautiful songs about the risks of pollution and land speculation – “A 30 stories-high tree” – which ends with the vision of a tree that grows up for thirty stories in the middle of the city 3. With intuitive and powerful simplicity, Celentano had opened the imagination to a new architecture.