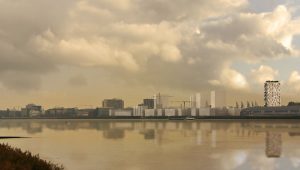 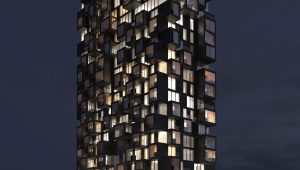 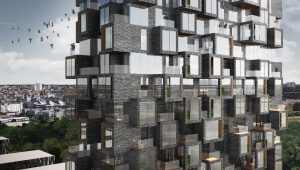 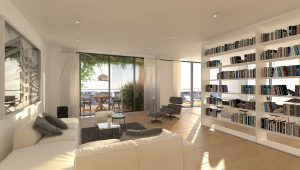 As part of the implementation of the Masterplan programme for the intended intervention area, Stefano Boeri Architetti is developing a new model of urban tower in Antwerp that deviates not only from the traditional typological and design canons of the skyscraper, but also from those of tall buildings in general. Conceptually opposite – the first are iconic signs that symbolically “descend from above” in a sort of deus-ex-machinamode while the second can be interpreted in the opposite sense as an “extrusion” of the ground upwards up to a “measurable”  height limit – skyscrapers and tall buildings are generally united by a certain indifference to their context, when not constructed according to a genuine quest for self-referencing. On the contrary, the proposal for the Antwerp Urban Tower is not as a unique and isolated element that is alien to the city that surrounds it but rather as a catalyst and engine for the activation of an evolutionary process as part of the surrounding fabric. It is in this sense that the choice of a rigorous and balanced planimetric setting based on a rectangular system that reiterates the urban module should be read. In the same way, the vertical development foresees a porous and multi-faceted body, which breaks up the resistant rigidity of the traditional flat smooth surfaces with a series of irregular extrusions of loggias and balconies.

The image of a “macro-pixel” architecture derives from a similar design approach, almost as if the Tower were a gigantic “Minecraft building” capable, as in Mojang’s best-selling videogame, of continuously regenerating and absorbing sponge-like the urban qualities around it. It is a sort of symbiotic fusion between the city’s materials, construction traditions and the needs of contemporary living. It is also an authentic reinterpretation of the bow window, a typological element frequently found in Belgian architecture. In this case the protruding elements are arranged according to a rational grid which allows freedom and flexibility of composition and space. The modules are thus presented in three different “formats” – small, medium and large – and in an open or closed layout which offers multiple choices for future inhabitants.

In addition to strongly identifying the urban significance of the building, a similar design approach also defines the main qualities of the interior space, where a constant projecting tension is established by and with the outside. In fact on the one hand the presence of loggias and balconies makes a “surplus of habitable space” available while at the same time their hybrid environment DNA  makes the boundary between architecture and landscape, interlocking space and open nature effectively ephemeral. The Tower thus becomes a kaleidoscopic panoramic device, able to interact in  depth with the Scheldt river and Antwerp’s urban and natural landscape.
In terms of distribution, the building is rationally divided into four functional areas, an underground car park, experimental type accommodation on the ground floor  (closely integrated with the green spaces in front), four successive floors reserved for more traditional dwellings and the other housing units on the upper floors. Two comunal and shared areas are added to these, one of which is located on the sixth floor and the other on the twenty-fifth, characterized by a large number of plants and other vegetation.

The ensembleof different types of housing units throughout the building, ranging from studios/one-bedroom flats to four-room apartments has been calculated to encourage the formation of an equally diverse community of residents. The experimental apartments on the ground floor have a directly connected atelieror work space while those located on the upper floors with a more regular layout, consist of a combination of 45 square metre studio apartments, 85-90 square metre foor room apartments, two-room apartments of 60 square metres and three room apartments of 75 square metres. The further element of variation linked to the presence and characteristics of the bow windows results in a total of 32 different types of apartments. This highly positive feature will also be enhanced over time since the building’s constructional and distributional system has also been developed in order to offer the maximum in transformation flexibility, allowing for example, the simple restructuring of three studios into a single three-room apartment.

As well as the spatial and conceptual motives, the inclusion of the pattern of loggias and balconies has made it possible to obtain a style of architecture with naturally inherent sustainability. In addition to optimizing the supply of air and natural light to the interior, the series of protrusions on the facades breaks up the typical strong winds found in Antwerp that usually arrive from the south-west, thereby nullifying their potentially damaging effects. Furthermore, the presence of a vast number of green roofs on the loggias leads to the partial absorption of rainwater and its gradual drainage, thereby reducing the pressure on the sewage system.

the best architects in atwerp 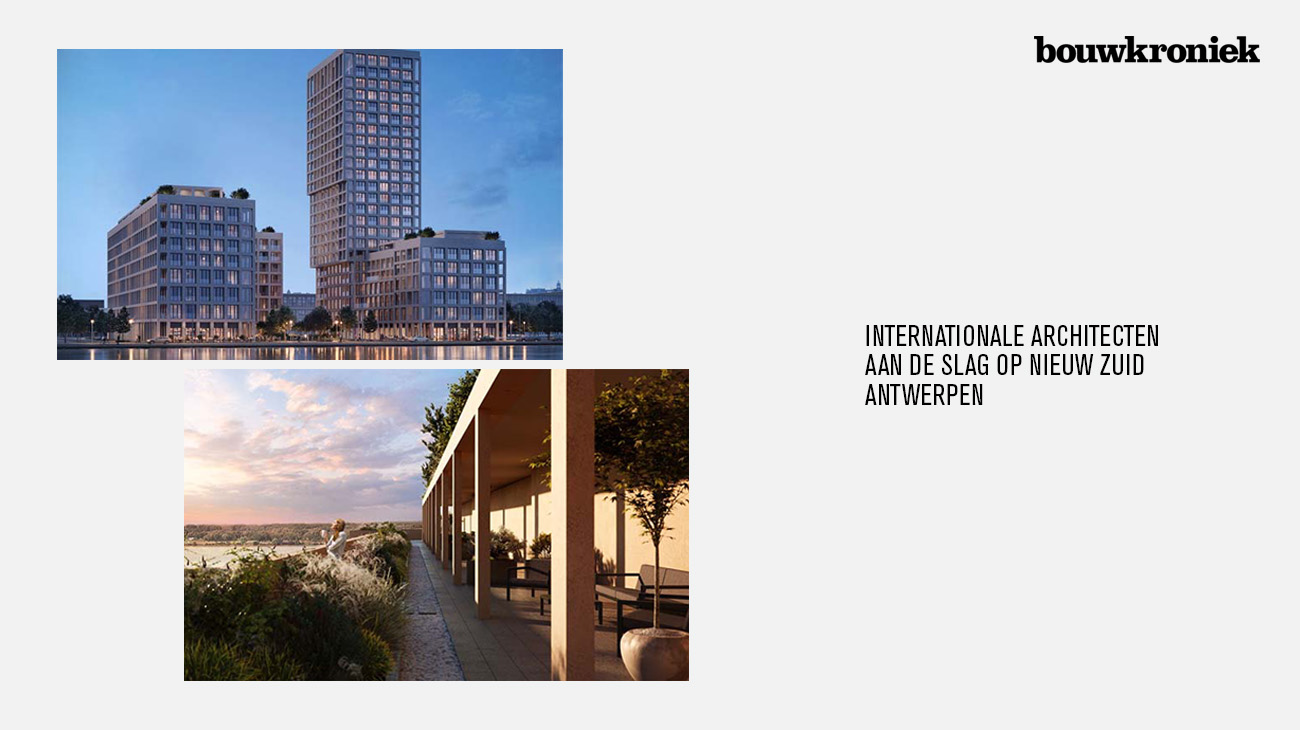