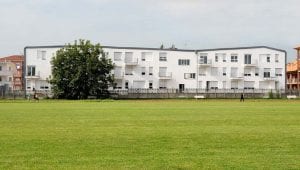 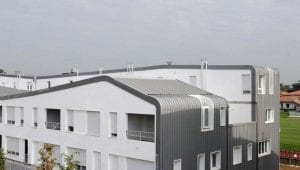 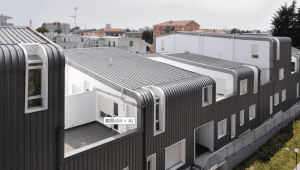 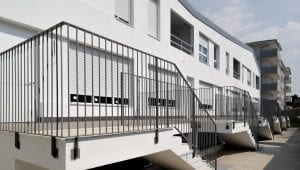 In 2003, the Boeri Studio was commissioned to design a social housing building near Milan. Inaugurated in 2009, the project took several factors into account such as typology, the structure and its functional destination but above all its inclusion in the urban context. We are in Seregno, a town in Brianza in the province of Monza whose particularly extensive and homogeneous historical centre mostly dates back to between the 16thand 18th  centuries. It consists of typical houses from that period such as elegant two or three storey buildings with internal courtyards. Towards the outskirts there are more industrial areas dating from the 19thcentury surrounded by vast green areas. The new residential building is located on the border between the historic centre and the beginning of the outskirts.

The residences were therefore conceived as an L-shaped complex, rigorously confined within the limits of the area: one side faces the city, the other opens onto a large green lawn. This particular layout automatically generates a space inside the L that calls to mind the previous tradition of the internal courtyard and whose concept which is at the heart of the project is able to create a system of small internal courtyards for each apartment. The model of the house with patio is highlighted by the alternation between full and empty volumes present inside the building and also visible on the external surface. The east and west fronts present continuous plastered and white painted masonry, (to highlight the incision in the body) thereby supporting the stylistic simplicity of the adjacent buildings. The other side is wrapped in a grey outer cladding which creates staggered three-dimensional floors alternating the full and the empty once again.

The project takes into consideration the territorial context without neglecting either the territorial needs or the needs of future tenants while analyzing its contemporary nature and possible individual requests. To best illustrate the project, let’s take the case in which a family with children and a young couple without children find they are neighbours. “According to this configuration, the housing units are perfectly independent and isolated from each other.” If instead there were two families who were close friends or an extended family “it would be possible to create a common and shared external space, eliminating the dividing wall”. Also provided with underground parking, the building offers a new vision of living which invites socialization and sharing while maintaining and respecting the privacy of each resident.

The skin of the building is a highly significant element for the structure from both an aesthetic and functional point of view. In addition to being the shell of the plastered space, it also serves to drain rainwater to ground level since Seregno is in fact in a geographical position characterized by abundant annual rainfall. The water flows through metal panels made of hot galvanized corrugated sheet with deep vertical incisions. 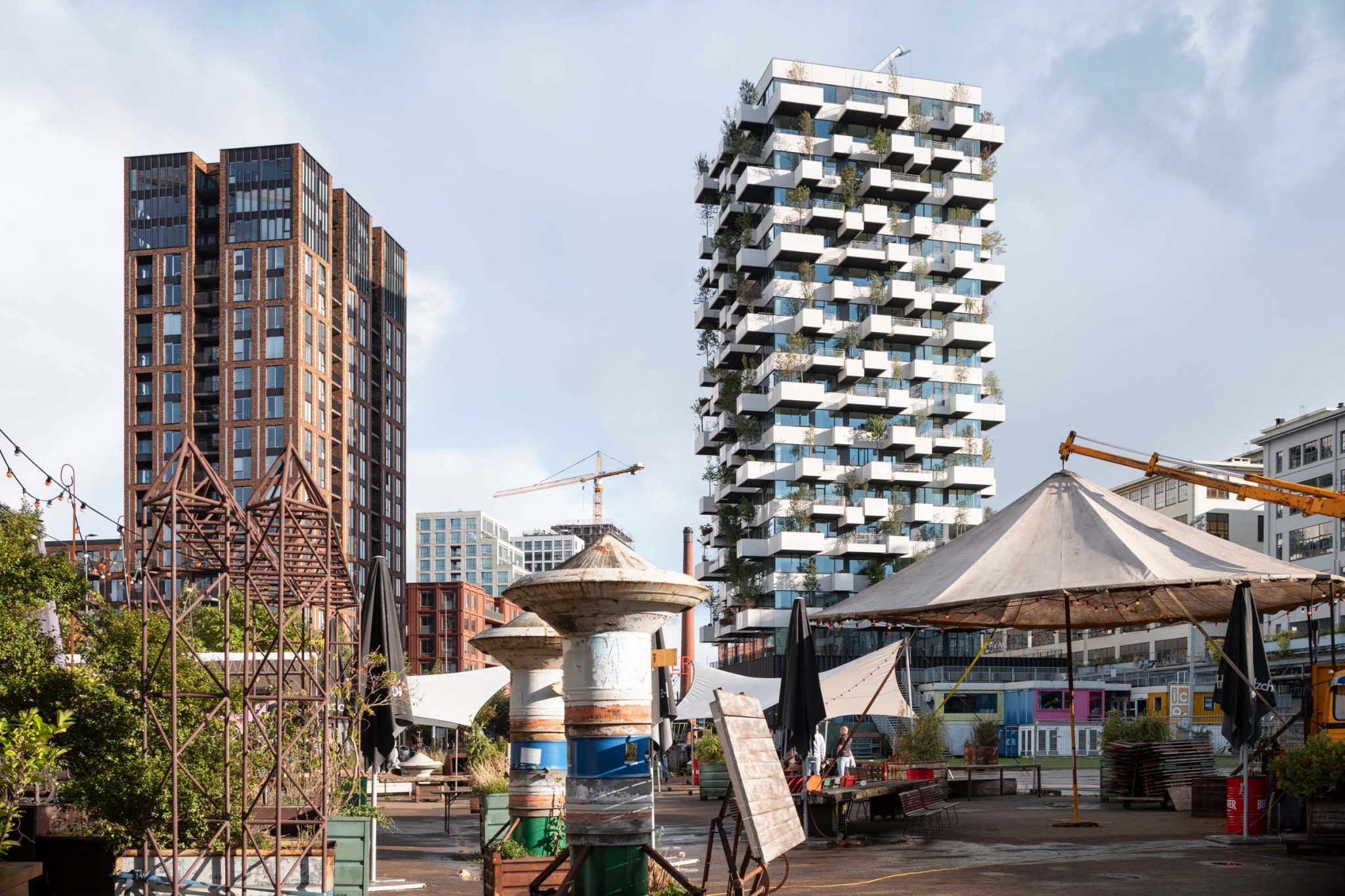 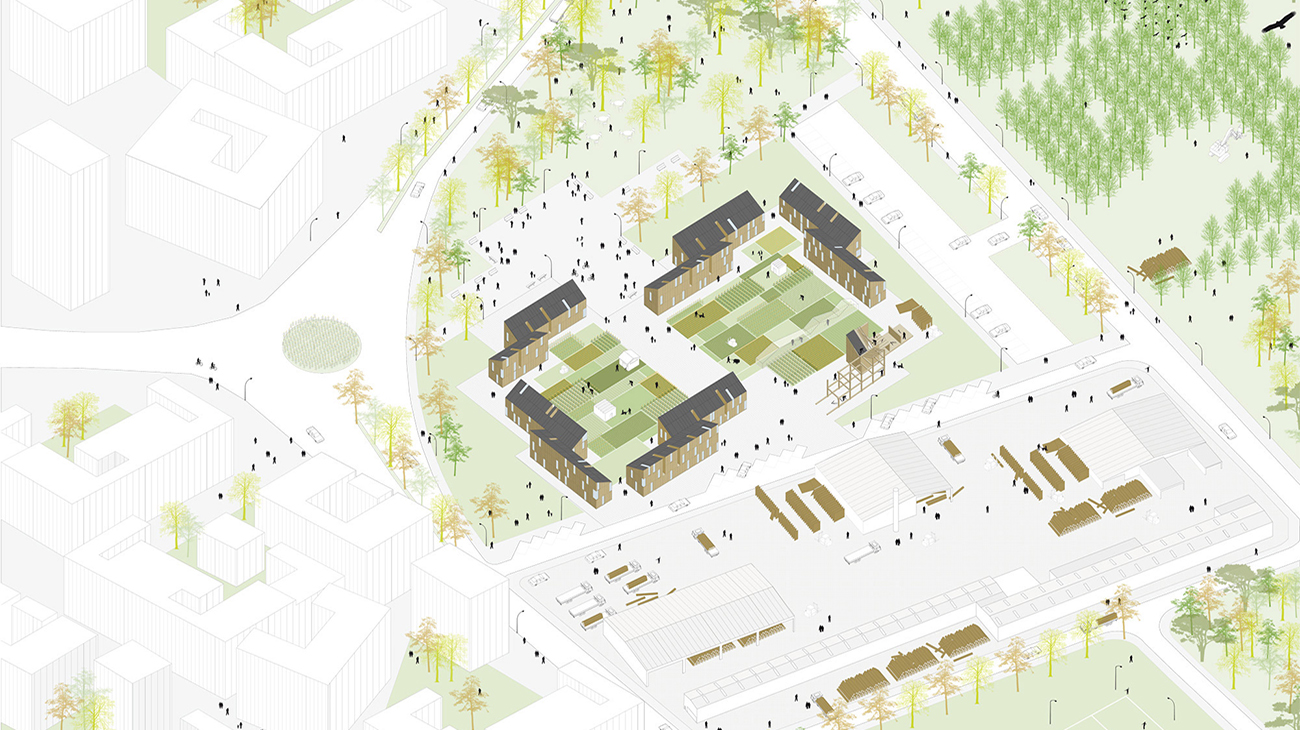