HomeProjectsNew Headquarters for the Rcs Offices

New Headquarters for the Rcs Offices 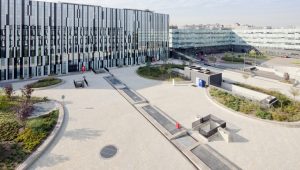 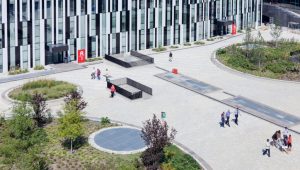 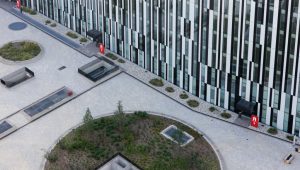 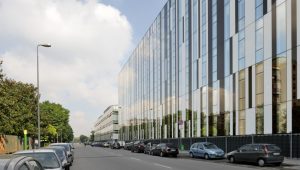 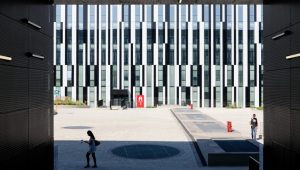 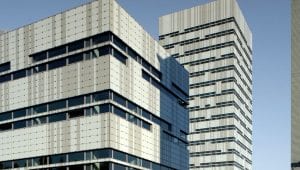 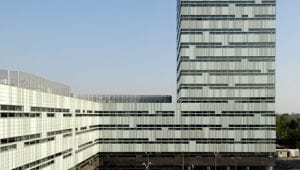 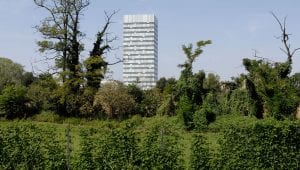 Iniziativa Immobiliare Due (IN. IMM2 srl)

The new headquarters of the Rizzoli offices are the result of an international competition which involved the drafting of a development plan for the entire abandoned area to be used by the RCS Media Group as production site for the publishing house of the same name. The Boeri project involves the renovation of existing buildings and the construction of new spaces to house all the magazines of the Periodicals division. The building is a single volume but can be broken down into two portions depending on their height.
A first part of the building consists of a low body with a C-shaped layout with five floors above ground and a basement while the second component is a 12-storey tower about 80 metres high. The tower therefore enters  a skyline characterized by mainly low buildings thereby becoming a new visual reference point.

The complex creates a large rectangular courtyard/square facing the buildings to be renovated and looking towards the river Lambro while the view from the road is of the building and not the square which is at a lower level than the road. Access is through a driveway and a pedestrian stairway while the parking area is accessed through circular ramps that together with the green areas, also designed as perfect circles, contrast with the regular and angular appearance of the buildings. The load-bearing structure changes inside the two buildings. While the lower section presents a system of beams and pillars in reinforced concrete, the tower has a concrete core to which a framework of beams and steel pillars is attached.

The cladding is mounted on this framework; the building is uniformly covered on all sides by a double skin, the first consisting of modular metal panels and the second of glass sheets. This system is intersected on each floor by modular ribbon windows which being of different lengths, break up the regularity of the façades giving greater dynamism. The glass panels have a surface design of etched vertical bands which interact with the light to generate interesting colour variations and giving the façades different reflections depending on the height and intensity of the sunlight.

The connection with the ground stands apart from the rest of the volume through a surface treatment with slabs of Acryterm, a dark coloured artificial stone material. These plates follow the dimensions of the glazed modules, giving uniformity to the façade.
The internal space is organized to house modular offices and open spaces, characterized by flexible dividing systems and innovative light partitions that are nothing more than the extension inside the building of a number of the vertical bands on the outside.

RCS BUILDING A2: Part of the 90,000 sqm masterplan awarded to the Boeri Studio in the context of the 2001 International Competition, the RCS A2 Building is a long construction which borders the nearby complex in via Rizzoli. Starting from the end of 2010, its 21,500 sqm volume houses the offices of Rizzoli Libri, one of the largest publishing houses in Italy. Resulting from the demolition of the old Rizzoli building, the project overlooks the facing road with a perfectly flat façade, while towards the inside it presents a series of introflections that break up its homogeneous nature. These façade movements give life to a dialogue with the built context, harmonizing with the already completed RCS headquarters. At the same time, the vertical bands of the façade derive from a resizing operation of the language used for the masterplan and allow a uniform reading of the intervention.

RCS BUILDING C: The project for the new RCS headquarters in Crescenzago, in the north-east of ​​Milan include  a general plan of the area (90,000 square metres), the refurbishment of an existing building and the construction of two new office buildings (called building C and E). Completed in 2007, the headquarters cover approximately 22,000 sqm and house the editorial staff for all the RCS group magazines. The building consists of a 4-storey building which encloses a large courtyard and terminates in with an 80-metre-high tower. The courtyard opens out on the side of the existing building and delineates the entrance on Via Angelo Rizzoli. Structurally, the new construction is made of concrete except for the tower which has a load-bearing steel framework connected to a concrete core. The facades consist of a double skin of insulated metal panels and large glazed portions. Approximately 1,100 people are employed in open space environments, where a flexible system of mobile partitions defines the workstations.