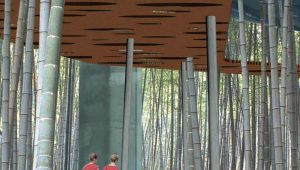 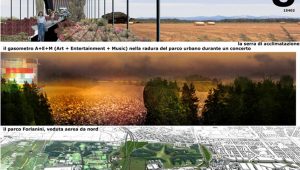 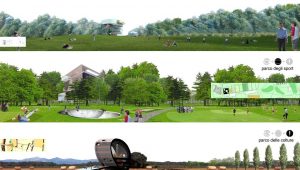 The Municipality of Milan announced a competition for the enlargement and re-design of Parco Forlanini, bound to become one of the main parks in the city of Milan. The project divides the area into three main zones, each one characterized by its own programme, spatial features and vegetation, with a building acting as a condenser. The purpose is to create three large “theme parks”, whose scale and function being big enough to be perceived as relevant also to an overlocal context: the “urban park”. The three areas are linked by a network of paths for walking, cycling, skating and jogging, provided with parking and a series of scattered points with commercial and service functions.