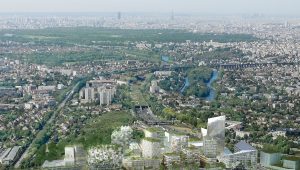 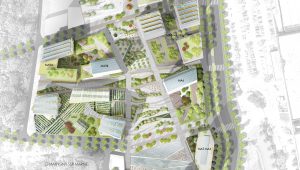 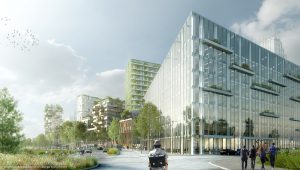 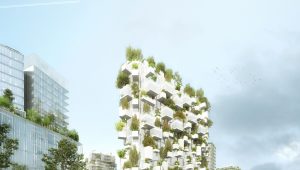 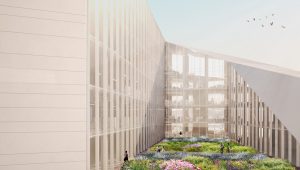 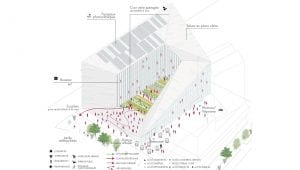 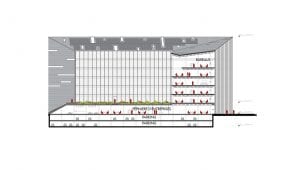 Drawn up in 2015 by the French Atelier Ruelle studio and located in the peri-urban area north of Paris, the town plan for Villiers-sur-Marne and Champigny (technically identified as the ZAC Marne Europe et Boutareines) was later revised by the joint intervention of a group consisting of five design studios: Stefano Boeri Architects (La Forêt Blanche and La Cour Verte), Kengo Kuma & Associates (Sora, Le Palais des Congrès), OXO Architectes (Le Potager De Villiers, Business Home), KOZ Architectes (2 buildings, Archipel), Michael Green Architecture (Peuplier Blanc, Prairie Blanche), X-TU (La Ressourcerie, Green Jenga), together with James Corner – Field Operations and Paul Arène who carried out some landscape design work. A key role in the intervention was that played by two buildings designed by SBA and located at the south and north ends of the development axis of the master plan. The first of the two buildings, christened La Forêt Blanche, continues the conceptual, technological and expressive principles inaugurated with the experimental Vertical Forest in Milan, establishing a powerful urban symbol located in the south of the area in the fork between the RD10, the station at Bry-Villiers-Champigny and the Jardin Métropolitain. This location also opens a perspective towards the Palais des Congrès. The second building, called La Cour Verte and intended for tertiary activities occupies a privileged position near the Palais des Congrèsand the shopping area as well as being highly visible from the A4 motorway.

La Forêt Blanche has a clear vertical progression, starting from the base containing the first six levels: the ground floor is reserved for the hall and shops while the offices are on the next five floors. The following eight floors house the apartments, designed and laid out to maximize the benefit of sunlight throughout the day. The architectural features of the living areas also guarantee excellent natural ventilation and a unique view of the surrounding landscape, starting from the nearby Jardin Métropolitain. All the apartments enjoy the benefits of a system of terraces and green balconies, which are also highly typical of the facade design. There are open public areas in addition to the private ones, starting with the spectacular green terrace located on the roof of the building.

La Forêt Blanche features a load-bearing structure formed using wooden pillar beams, vertical concrete cores and XLam load-bearing wall panels which reinforce the floors and walls. The elements intended to house the vegetation consist of a special mixed wood-steel structure, calibrated to bear the significant weight and complex and dynamic static status of the plants especially when subjected to the effect of the wind.

Intended for services and offices, La Cour Verte has a mainly horizontal development, starting from a pedestal floor intended for use as a business incubator and a restaurant. The bulk of the office space organized around a “U-shaped” planimetric system houses a luxuriant green island on the first floor: a courtyard of 750 square metres entirely occupied by a public garden or park that contributes to the development of environmental resources and an increase in biodiversity.
The project is also intended to establish a dialogue between the La Cour Verte building and the surrounding Jardin Métropolitain landscape, both spatially and perceptually. Open to the west, the courtyard space is thus available as a green area directly accessible from the nearby public gardens via a ramp. The 600 square metres of perennials, grasses and annual plants create the image of a “spontaneous garden” which reproduces the natural and alternating processes of the seasons.

A succession of volumetric spaces and gentle coloured surfaces combine in a sequence that brings light and movement to the area. The internal garden also provides benefits to the building from an energy consumption point of view: the protective layer and thermal insulation provided by the green surface contribute to mitigating the environmental impact and the reintegration of water, thanks to the absorption of atmospheric precipitation by the groundsoil and its partial return to the natural cycle by transpiration. The matrix of the courtyard is ​​enhanced by the dynamic development of the continuous roof-ramp that accompanies the upward movement of the entire building, while at the same time providing access to the heart of the island from the public space and the Jardin Métropolitain.
Like La Forêt Blanche, La Cour Verte also has a loadbearing structure – pillar beams – made of wood, vertical concrete cores and X-lam panels. The façade’s skin is made of glazed surfaces that offer different degrees of opacity while at the same time integrating a sophisticated system of protection against direct sunlight. A series of panels integrated on the highest part of the roof generates a total photovoltaic surface of 1,000 square metres. 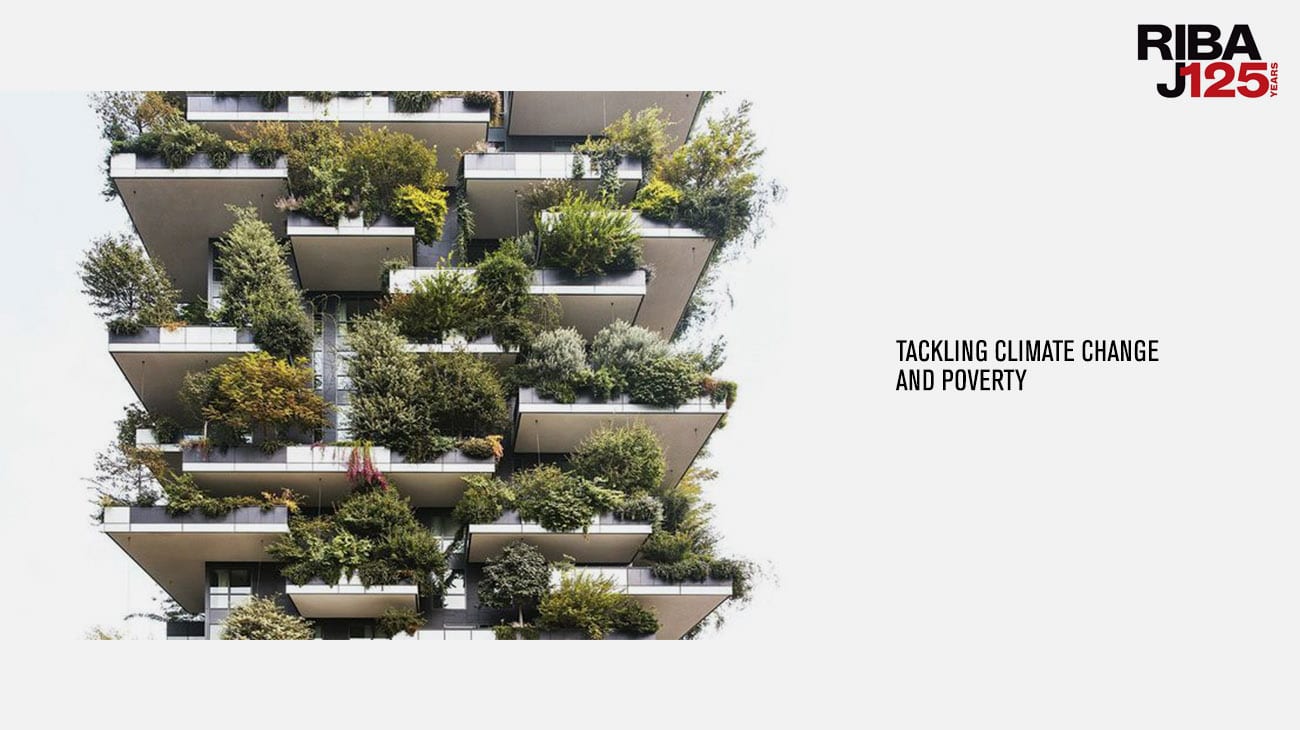 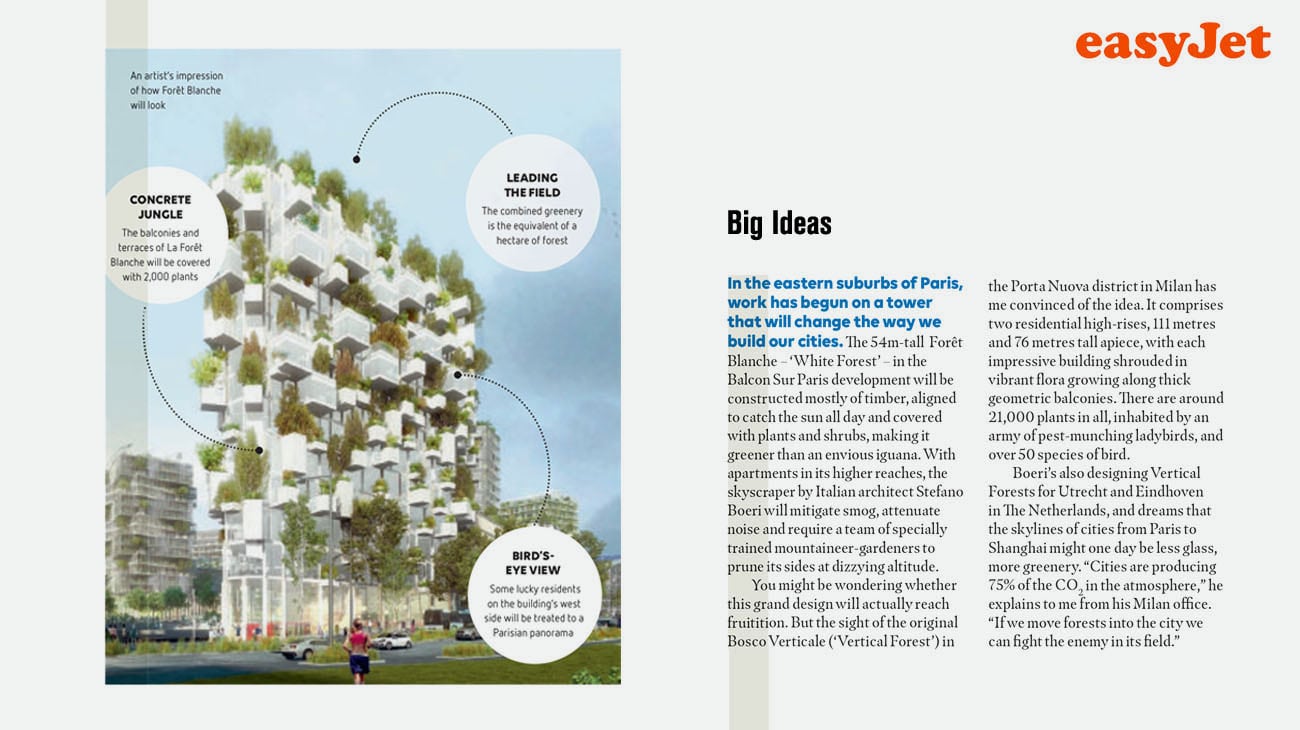 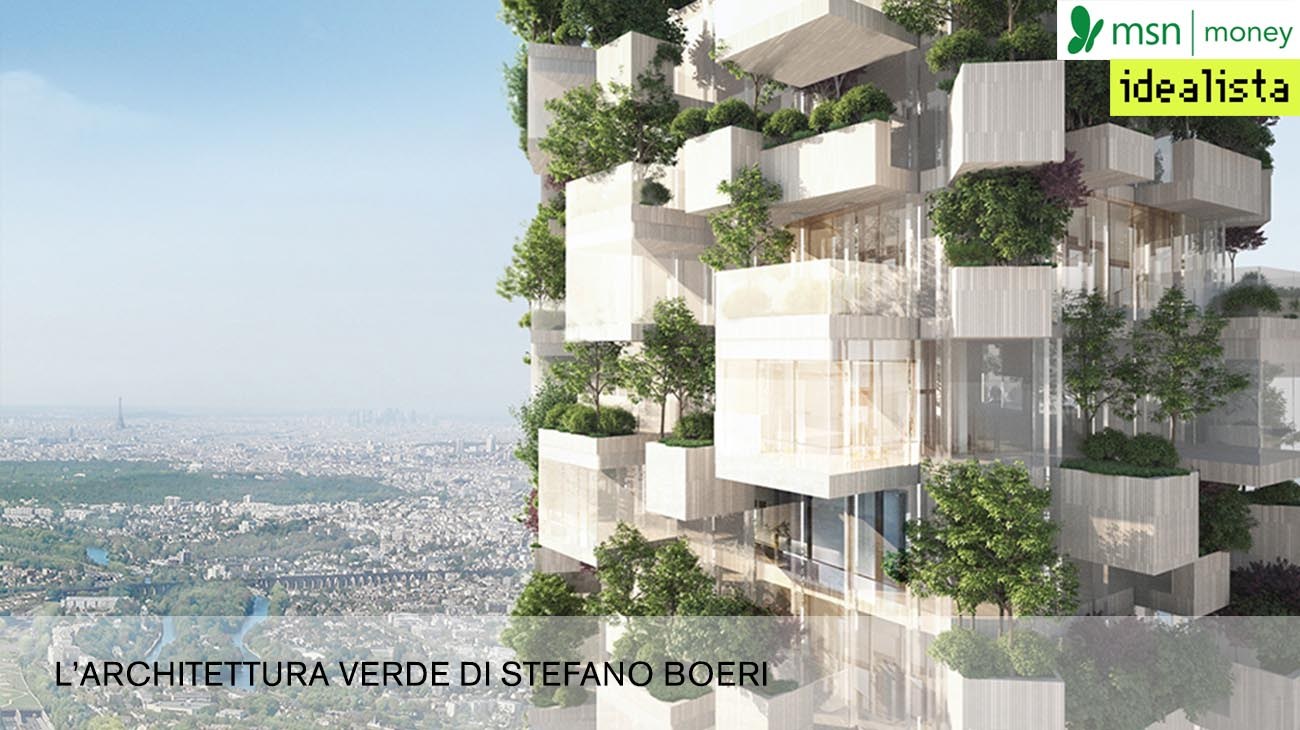