HomeProjectsExpo 2017 “The Future Above Astana” 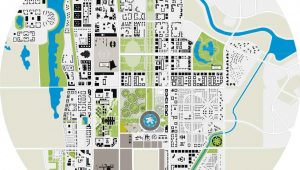 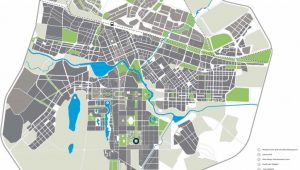 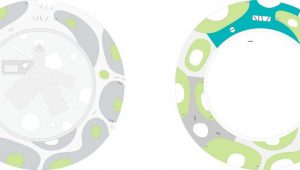 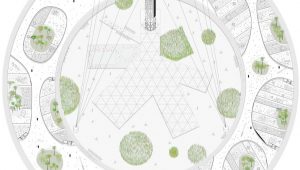 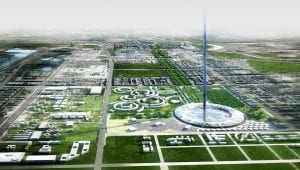 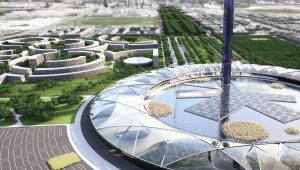 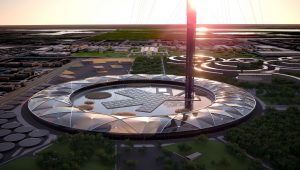 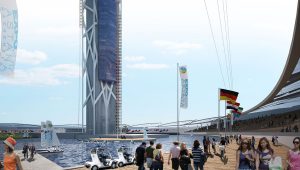 The 2017 Astana Expo was conceived as a place where humanity has the opportunity to experiment and compare the most advanced technologies aimed at providing renewable, clean and accessible energy for all. In line with this vision, Stefano Boeri Architetti‘s “Future above Astana” project and its technological tower, imagined as a 1 km high spire and future symbol of Expo 2017 are presented as a world laboratory for the most advanced experiments in the sectors of renewable energy sources, including the accumulation, storage and distribution of clean energy once the Exhibition has finished. The goal is to offer a meeting place for scientists, researchers, technicians, energy sector operators, students, politicians and administrators from all over the world a place in which to conduct research and experiments on new materials and machinery able to make the most of clean, renewable and accessible energy. As part of the Third Industrial Revolution the Astana Tower aims to be a manifesto for the emerging transition of the world economy to renewable energies in line with the concept for the “Third Industrial Revolution” (TIR) ​​developed by Jeremy Rifkin.

The 5 key points on which the “Third Industrial Revolution” is based are as follows:

The new Expo 2017 tower establishes a dialogue with the Bayterek panoramic tower and is also designed to be the symbol of a path of renewal and renaissance that, starting from the Expo, the people of Kazakhstan will be able to take, a challenge based on principles of environmental, social and economic sustainability, in which some of the world’s leading nations have already taken part.

Big events such as Expo, Olympic Games or World Championships are great accelerators of urban transformation and become moments which give international visibility to the strategies and expectations of a place. Although of recent origins under the name Astana, the city occupies a key position in the Eurasian region. Expo 2017 is planned as the moment in which the city openly declares its implicit programme to the world. Currently the city relies on the exploitation of traditional energy sources but Expo introduces the ambitious goal of becoming a world reference point for renewable and innovative sources while constantly following the founding concepts laid out by Jeremy Rifkin. Expo 2017 has therefore been designed as a “springboard” for a series of innovative technologies capable of creating a new urban ecology, based on a new and different relationship between humans and energy.

The masterplan focuses on two radial green axes that cross the centre of the site and which lead from the city centre to the heart of the exhibition area where both the Kazakhstan and the international pavilions are located. The north-south axis consists of a green avenue that extends towards the Bayterek monument, offering a breathtaking entrance to all those who access the site. The east-west axis, on the other hand is linked to the University and hosts an informal landscape containing fruit trees and has been designed for leisure and rest in the shade of the trees. In addition to this green system, there are other planted and cultivated areas. These include a multi-purpose forest located on the east side of the site and a rapeseed field combined with a parking lot on the south side. At the centre of Expo 2107, the various national pavilions host greenhouses dedicated to leisure and agriculture while a circular body of water enriched by lush vegetation defines the epicentre of the site and functions as a water filtering system for the entire exhibition. Mention should be made of the significance that each area has in hosting a different production landscape: the multifunctional forest, for example, is made up of fast-growing trees for the rapid production of biomass.

The legacy of Expo 2017 has two complementary objectives: to become a model for re-imagining the existing city from an energy point of view with a view to its future expansion,  and at the same time to become a global reference point for renewable energy. It is also essential to highlight awareness of the site’s future legacy: the structures are designed to accommodate possible future functions already in the immediate post-Expo period without requiring major architectural transformations. Functional flexibility is part of the project programme in the provision of structures and landscapes that are no longer temporary and designed for the exclusive use of this great event, but rather an example of a legacy to be inhabited and enjoyed afterwards.