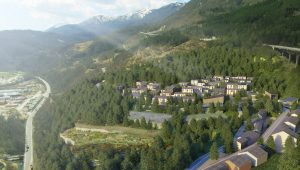 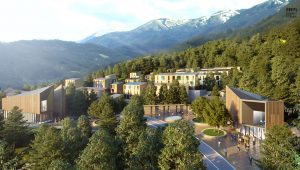 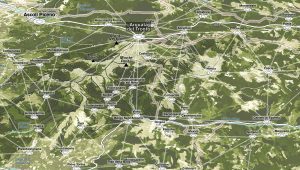 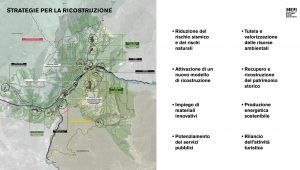 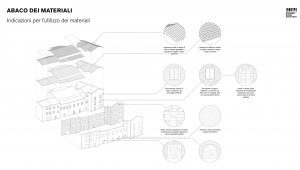 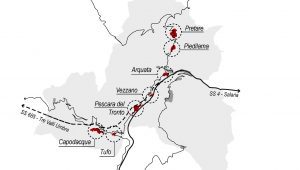 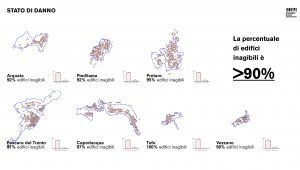 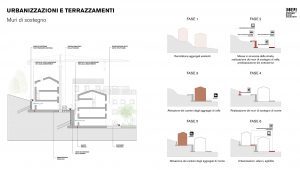 The municipality of Arquata del Tronto was severely affected by the earthquake that devastated central Italy in 2016. As part of the Reconstruction, the tender for the Implementation Planning of the Reconstruction works in the historic centre and in the urban areas affected by the seismic events was won by the grouping composed of Mate Engineering, Stefano Boeri Architetti, MATE soc. Cooperativa, Nhazca, PRO.GE.77 and D.R.E.Am. Italia.

The reconstruction project of Arquata del Tronto, which involves 7 hamlets (Arquata, Capodacqua, Pescara del Tronto, Pretare, Piedilama, Tufo, Vezzano), for a total of about 100 square kilometres, was developed following the Guidelines shared with the local realities, starting from a dialogue also with the local population aimed at identifying the problems, criticalities and different intervention scenarios, in relation to the morphology and the intended use.

In particular, the construction of the scenarios was developed starting from an initial analysis of the existing situation, which showed that more than 90% of the buildings were completely uninhabitable. Consequently, the first prerequisite for intervention is the securing of the territory, with the possibility of introducing innovative ways of rethinking settlements – both those to be recovered and those to be rebuilt or relocated. To this end, special attention has been devoted to the technical and technological innovation of reconstruction, to ensure renewed usability by inhabitants and to encourage the establishment of new attractive functions.

Among the objectives envisaged by the plan, in addition to reducing the seismic risk and enhancing environmental resources, the production of sustainable energy, the use of innovative materials, the strengthening of public services and the relaunching of tourist activity also play a fundamental role towards the definition of a new reconstruction model.

The hamlet most affected by the earthquake is Pescara del Tronto. The urban studies carried out on the historic village in relation to the seismic micro-zoning characteristics confirmed that a part of the village, which develops along the provincial road, could be reconstructed in situ thanks to the securing of the slopes, with the construction of retaining piles or terracing suitable to host the buildings to be reconstructed. The lower part of the village, on the other hand, which develops below the provincial road, shows very significant hydrogeological and seismic risk elements that make it necessary to evaluate alternative solutions for reconstruction: this part of the village – approximately 9.600 square metres of covered built surface area – will have to be relocated.

Specifically, the project proposal has identified two sites for the partial relocation of the urban centre of Pescara: the area of the former Quarries located immediately north-west of provincial road 129, where the largest number of aggregates will be rebuilt, and a site located north of the hamlet of Piedilama that will host a reduced number of dwellings.

The decision to rebuild Pescara by occupying the area of the former Quarries represents a significant element in terms of environmental and landscape sustainability, as it was possible first of all to identify a site that is more stable from a hydrogeological and seismic point of view, which will be made even safer thanks to the planned stabilisation works (such as 4 hectares of terracing with 10 km of retaining walls). In addition, this choice allows for the recovery of an area that is currently abandoned and degraded in terms of both landscape and environment, due to its previous exploitation as a quarry. With this intervention, the objective has been to restore the nature of the district, based on aggregates of great density and continuity, characterised by an important overlook on the landscape. Specifically, 24 new aggregates are planned, with 85 housing units of 13 different design sizes. Similar is the characterisation of the intervention to the northern part of the Piedilama fraction, which envisages 3.700 square metres of public green space and 1.500 square metres of roads, developed, however, in areas that are currently undeveloped and therefore require additional urbanisation works.

Finally, the Pescara implementation plan envisages the hydrogeological, landscape and environmental recovery of the historic site of the hamlet through the creation of the Parco della Memoria (Memorial Park), a 2,2-hectare area within which open spaces and paths will be articulated, using the planting of native species and essences for the proper landscaping.

The overall idea for the intervention in Arquata del Tronto therefore does not aim to pursue reconstruction following a process of sameness, but of identity, recreating authentic spaces and relations for the citizens of a wounded territory but ready to be reborn. A reconstruction model based on recovering the authenticity of the place – rather than on the impossible reconstruction of a landscape and social configuration identical to the one destroyed by the earthquake.

The numbers of the project: