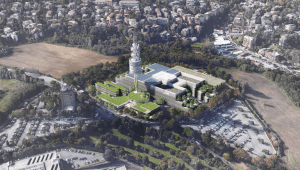 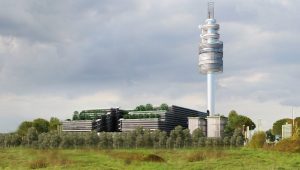 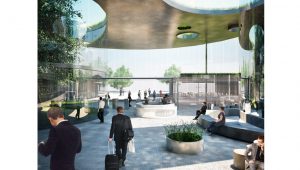 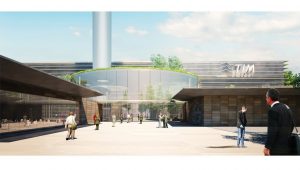 The radical design transformation project developed in 2015 by Stefano Boeri Architetti regarding the building that housed one of the Telecom Italia offices in via Oriolo Romano in Rome involved the application of a series of integrated and highly innovative technological and spatial solutions. These were specifically developed by the project group in order to obtain a significant upgrade in terms of ecological and functional sustainability of the whole architectural structure, and in particular in the energy saving performance of the entire operating complex. The revamping programme was therefore based primarily on the complete replacement of the existing facades with an unprecedented system of technologically advanced architectural screens with a strong expressive character. The new partitions developed by Stefano Boeri Architetti are thus conceived as genuine intermediate spaces between the urban and the working environment in that they are able to precisely regulate the volume and characteristics of the air, light, heat and sound flows entering the building, thus achieving significant improvements in the environmental parameters of the workplaces and overall comfort throughout the building. Finally, instead of using an existing volume the intervention includes the construction of a new body incorporating the telecommunication tower and intended as a main entrance and a representative space.

In the main building of the Telecom Italia complex, the new generation facades are characterized by the presence of a continuous screen, based on a harmonic sequence of horizontalbrises soleil, whose design and technological qualities have been specifically worked out in order to provide efficient control of the variations of the natural light and direct sunlight entering the internal rooms. Similarly all the building’s large balconies, which are accessible to employees, are fitted with a series of delicate canopies to provide shade. With the addition of a rich system of greenery, these new pergolas give life to a real environmental and perceptive continuum with a pleasant and relaxing character, able to filter and harmoniously accompany movement between the internal and external environments, reproducing and introjecting part of the natural landscape into the structure of the built architecture.

The Stefano Boeri Architetti project also involves the construction of a new pedestrian entrance with a strong representative and communicative character, replacing the existing one that was quite clearly undefined and insufficient in size. In addition to the complex set of transformations to the existing building complex, the project involves the construction of new entrance elements with a circular layout, conceived as a “hinge” space between the staff canteen, the auditorium and the offices. Accessible through an existing corridor, the new building is linguistically characterized by the evanescence and intangibility of the shapes and materials.

The programme of formal and functional actions to be implemented also includes a significant intervention regarding the telecommunications tower. Through a redefinition of the materials on the facades, the tower has in fact undergone a genuine “dematerialization” process which has had the effect of reflecting the surrounding environment and making the tower virtually disappear by merging into it. Next to the new entrance, the roofs of the cafeteria and the auditorium will be covered with luxuriant hanging gardens, intended as places for peace and qiuet as a constrast to the frenzy of the working methods and pace of events as well as providing a beneficial insulating effect and offering shade from the sun to the underlying  spaces. The roof also houses a series of photovoltaic solar panels.

The interior design aims at the maximum rationalization and integration of the different functional areas and fluidity of the various interrelated flows that pass through them. In addition to the redefinition of work stations in a renewed open space configuration, the interior design programme aims at optimizing the vertical distribution system and the creation of comfortable new spaces for meeting and informal socialization among the employees of the various departments. Another method for achieving the same purpose of implementing social exchanges between staff is the planned creation of a series of elements for covering the existing open air courtyards. This solution is in fact aimed at generating a series of hybrid transitional environments between the inside and outside in which to optimize conditions of individual and collective relaxation: special places naturally illuminated by sunlight and suitably shielded to achieve varying degrees of light according to the changing seasons. The new vertical connections for the elevators and stairways will be sited near these places: a distribution choice selected here in order to expand the character of these spaces as the vital centres of the entire building. More specifically, the existing stairwells have been replaced by a large atrium with open staircases and panoramic elevators, a result achieved by closing the existing patios so that the space is capable of functioning as a bioclimatic greenhouse and a place for meeting and informal work. 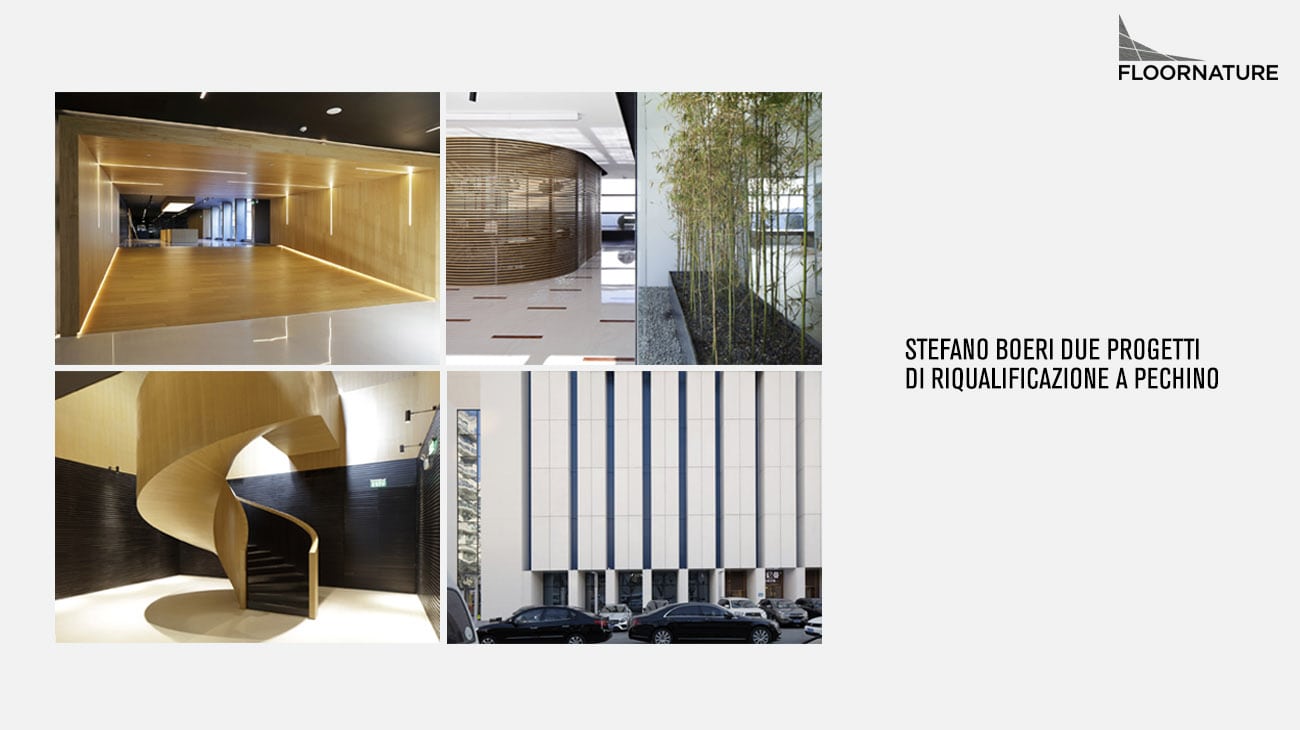 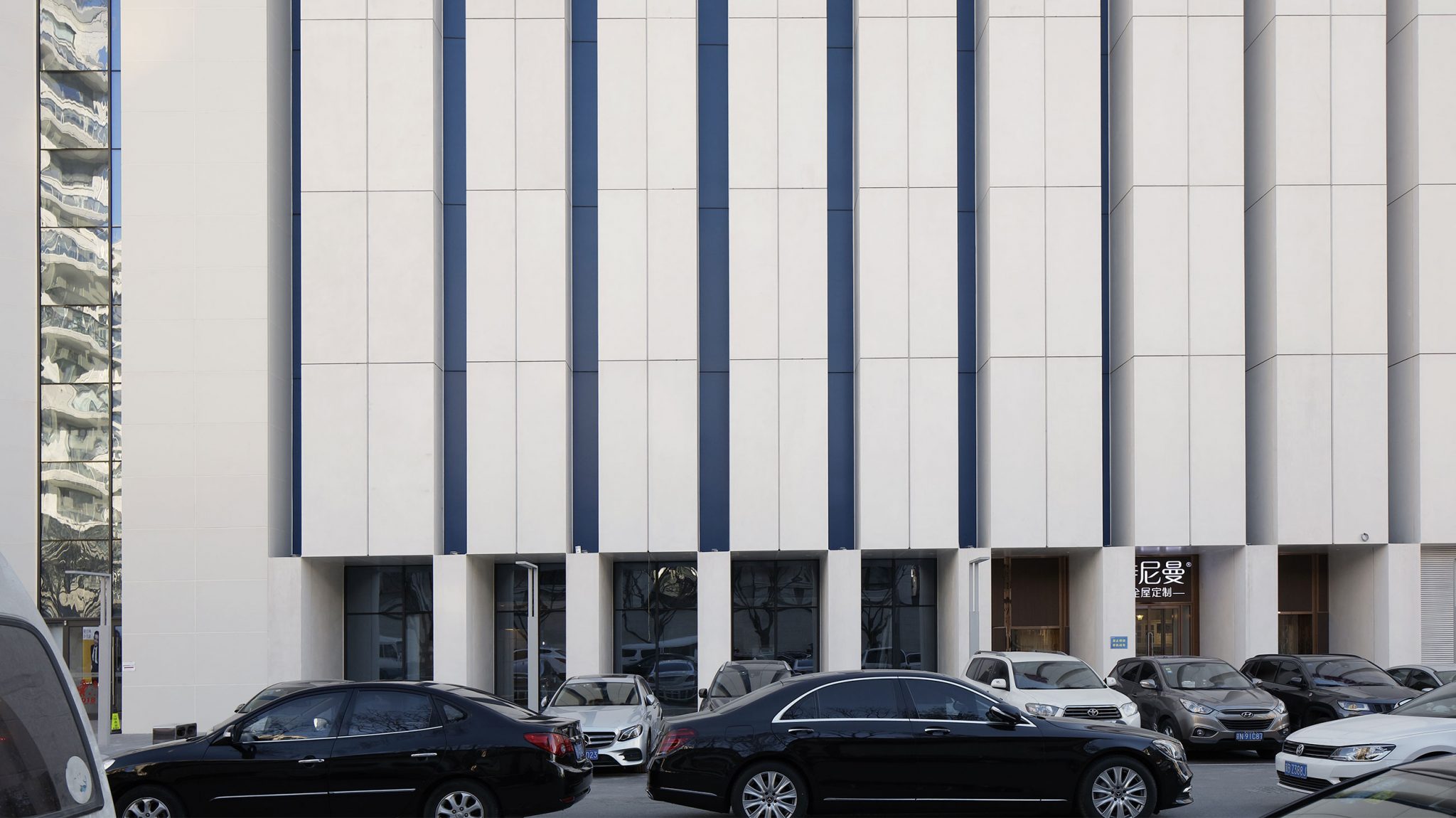 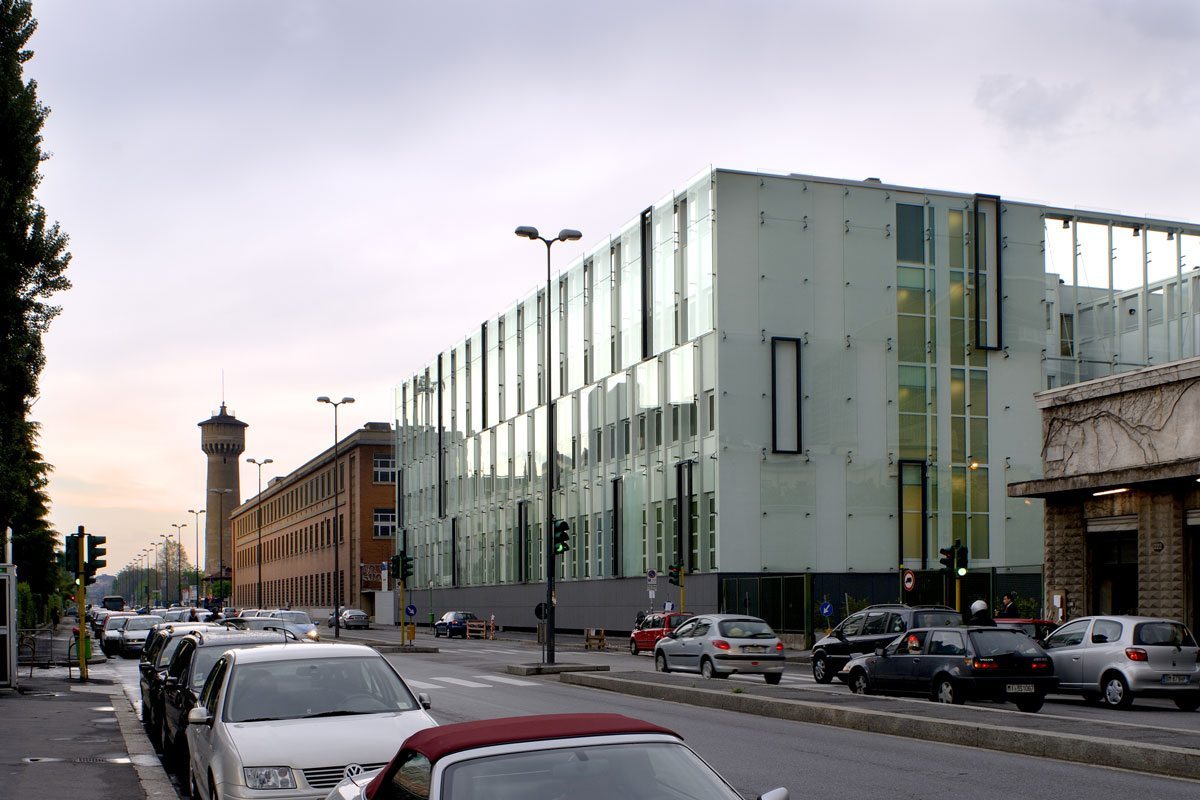 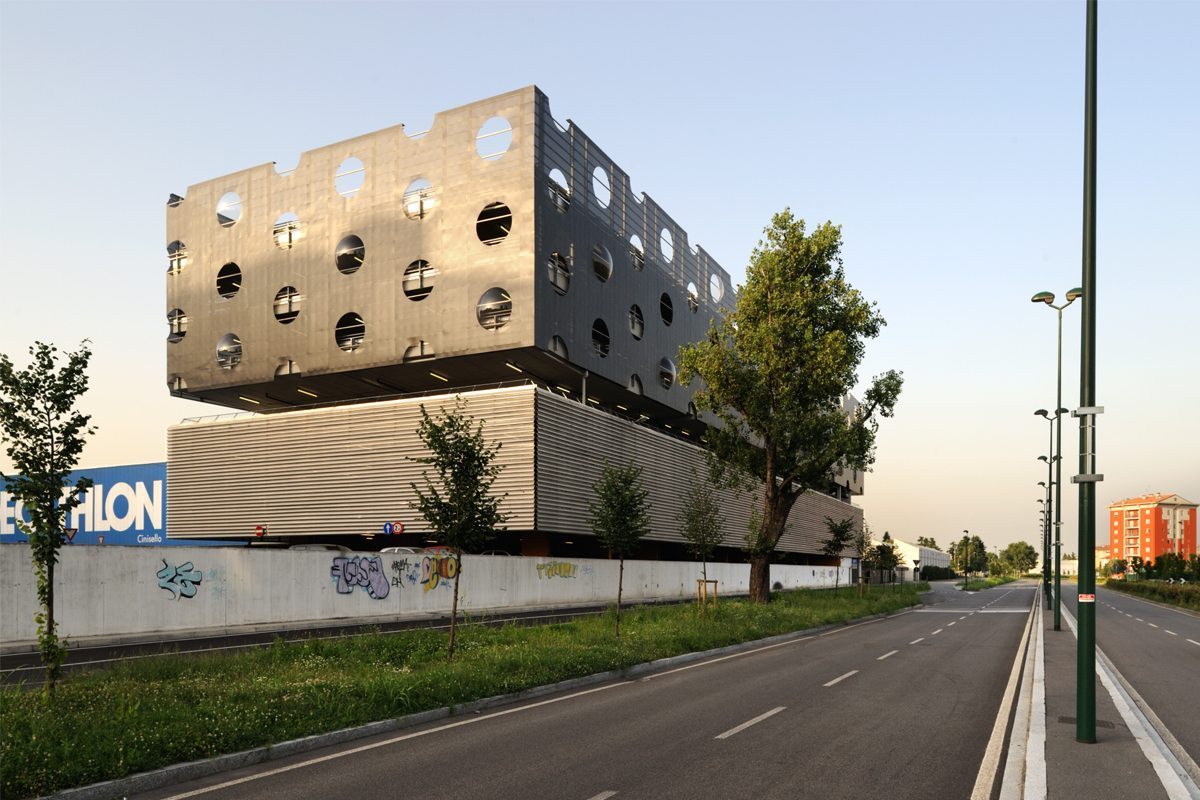