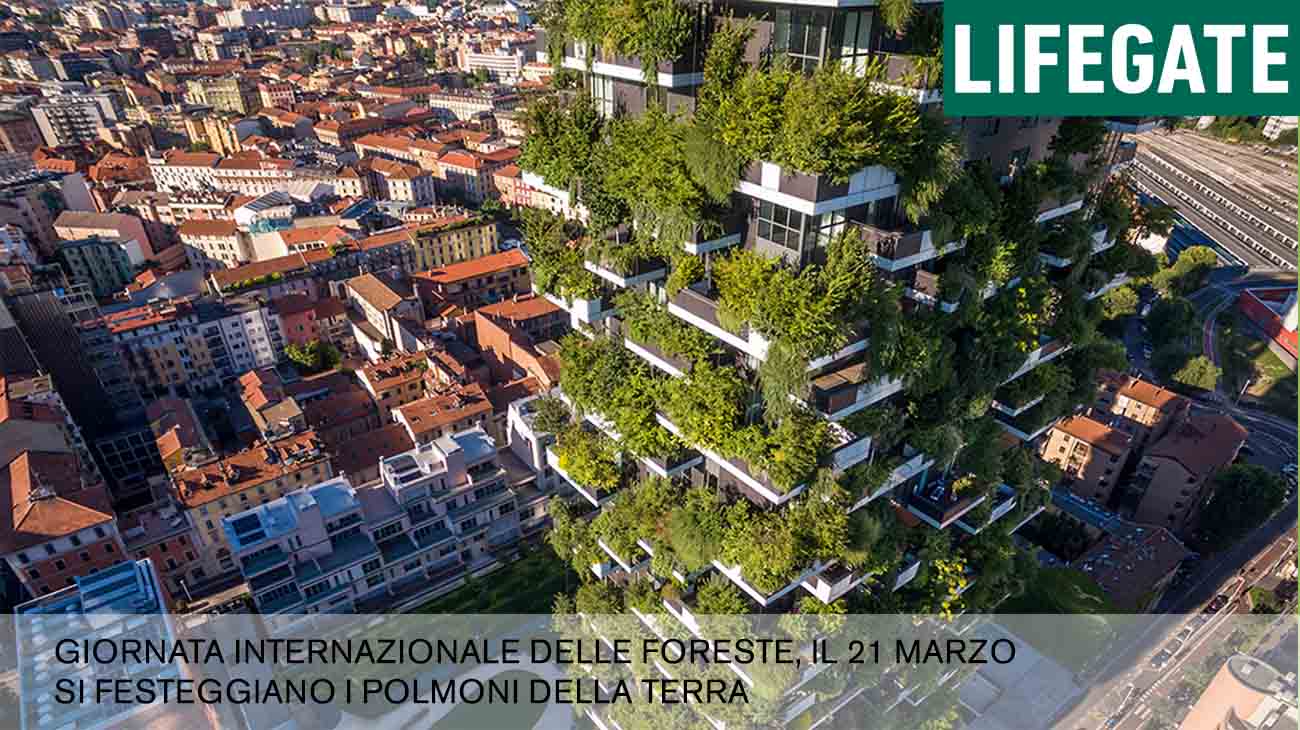 Today the world celebrates trees, among the most ancient living beings.
Forests cover one third of the planet and play a key role in the life of human beings and environment. Trees offer nutrition, repair and serve as natural filters for the air we breathe.

As Lifegate reports “more or less 1,6 billion people depend on forests for subsistence” and indirectly we, over seven billion people, rely on them for the fundamental action of air and soil cleaning.  “Green areas are also a priceless container of biodiversity, they host more than 80% of terrestrial vegetal and animal species. Woods are our main allies – thanks to the photosynthesis process – in reducing CO2 quantity in the atmosphere.”

Celebrating forests once a year is necessary to raise awaireness of the people on the environmental issues, to form a culture recognizing the incredible effect that they have on the atmosphere. The International Day of Forests in fact was established in 2012 by the United Nations with the goal of spreading education and awareness. On one side, deforestation proceeds at an alarming rate, clearly contributing to global warming; on the other, word population keeps on growing and, around 2050, the 70% of it will be living in cities.

For this reason the theme selected for this year’s edition is Forests and Sustainable Cities. It aims to promote Urban Forestry projects and actions, such as creation of urban parks and green corridors, building of vertical forests and green roofs, but also the preservation of existing natural areas, which can mitigate the effects of climate change. We need to make urban centres healtier and happier through natural elements, vital components for urban balance.

To know more about the global campaign check out the Call to Action launched by Stefano Boeri Architetti in the light of the first World Forum on Urban Forests – WFUF – promoted by FAO which will take place in Mantua in November 2018.

To read the complete article: https://www.lifegate.it/persone/news/respira-e-la-giornata-internazionale-delle-foreste