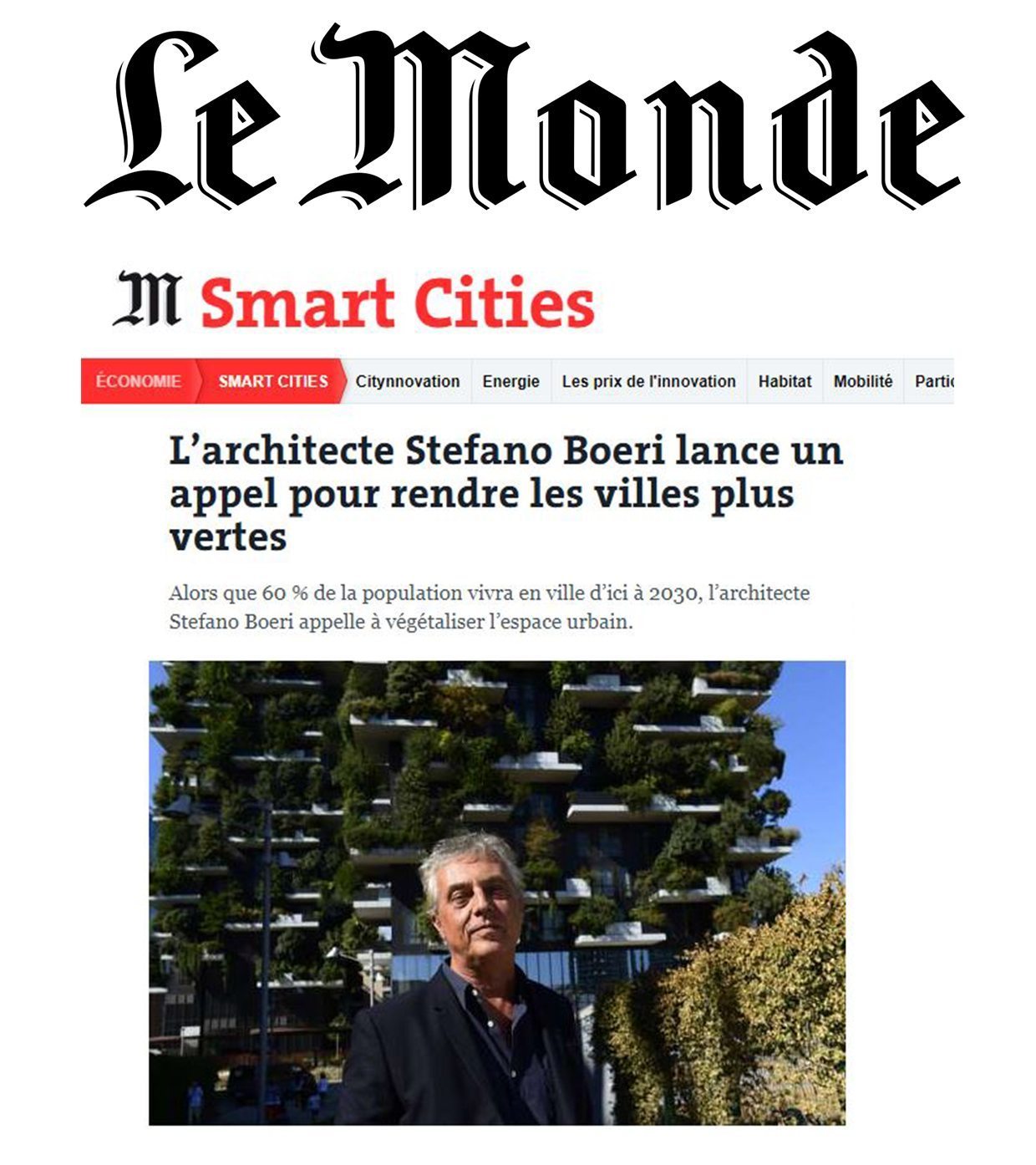 Transform the roofs of the cities into gardens, the courtyards of the buildings into oases of vegetation: one year before the First World Forum on Urban Forestry, architect Stefano Boeri launches a call to action to render our cities greener. “We, the architects of the first Vertical Forest in Milan invite the architects, urbanists, agronomists, landscape architects, researchers to consider that in 2030, 60% of world population will live in the city”, says Stefano Boeri in his call to action of December 6th.

The call is launched a year before the 1st World Urban Forestry Forum, organized from November 28th to December 1st, 2018 in Mantua, northern Italy, by FAO (The United Nations Agency for Agriculture and food), with Municipality of Mantova, SISEF (Società Italiana di Selvicoltura ed Ecologia Forestale), Politecnico di Milano. “If we want to reverse climate change, promote the survival of living species and make our cities greener, healthier and more enjoyable, urban reforestation must become a priority,” Boeri says.

The RATP (Régie Autonome des Transports Parisiens) is preparing a project of greenery for Parisian subway which will engage the trees in the campaign against the pollution. The cities are already responsible for 75% of CO2 emissions of the planet and the trees are capable of absorbing it, thus significantly reducing the temperature in the cities and  improving air quality.

The original article on Le Monde.Fr