la vanguardia
the idea of a city that welcomes nature 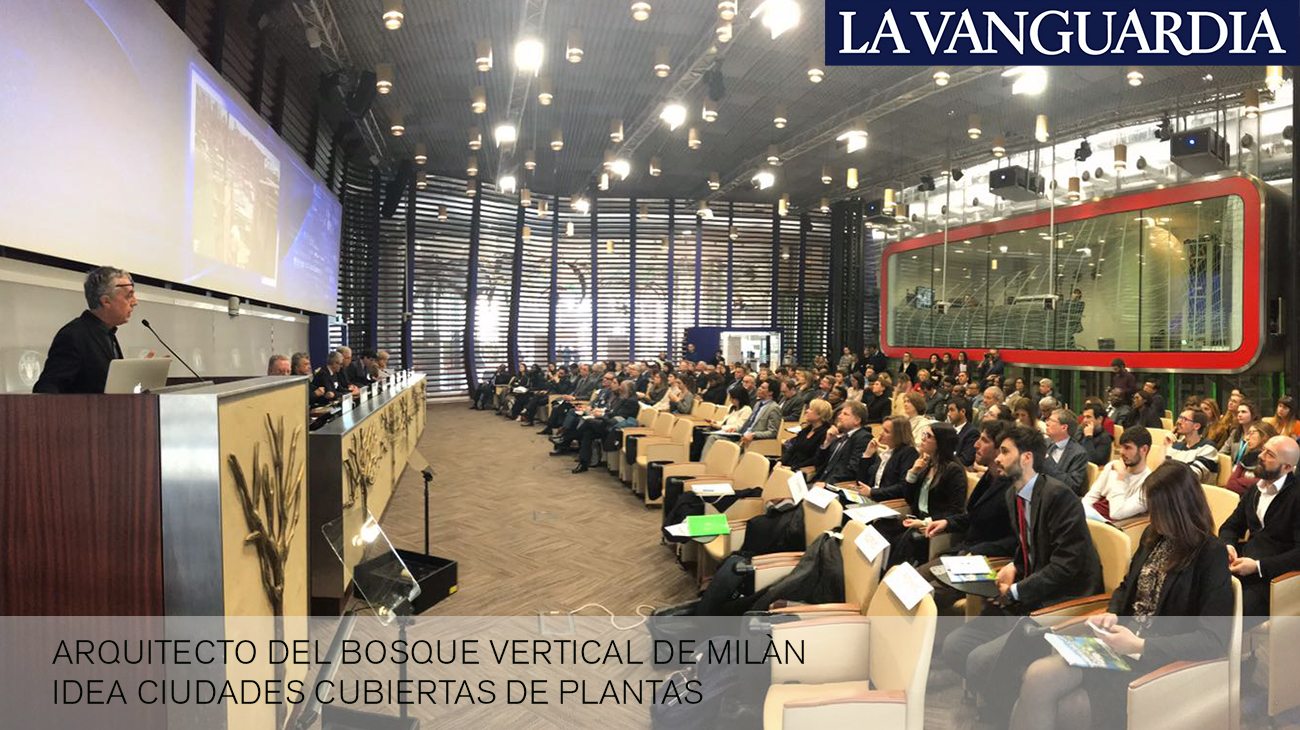 In occasion of the International Day of Forests on March 21st,  Stefano Boeri was invited to FAO meeting in Rome to share his idea of a city that welcomes nature. We have to act on the ground of our enemy in order to tackle serious environmental problems mainly produced by metropolitan centres.
Stefano Boeri Architetti proposes solutions that integrate vegetation ranging from the architectural typology, such as  Vertical Forest , to urban models including complex interventions on the edge between urban planning and silviculture, as the new General Local Plan for the albanese capital, Tirana 2030.

“I would like this kind of architecture to become a model available for everyone” reports Stefano Boeri in Rome in an interview released to the spanish EFE.

The Milanese model of Vertical Forest is undergoing a process of improvement which can be seen in Trudo Vertical Forest in Eindhoven which represent a simplified and more accessible version of the first prototype,  along with the variations rising up in Nanjing, Lausanne, Paris, Utrecht. The dutch project invests on the technological solutions which permit to host nature, from irrigation systems to wind endurance; in this case optimizing building systems and adopting prefabricated o simplified technological solutions in order to improve this typology and reach the balance between sustainability and economical accessibility.

A Call for Action for Urban Forestry  launched by Stefano Boeri Architetti jointly with FAO and other international organizations, has received worldwide recognition: the community of enthusiasts, scientists and politicians agree that to tackle climate change it is necessary to realize concrete Urban Forestry projects and promote a culture which is sensitive of the environment. The  participants of the event have shared the best practices aimed on promoting biodiversity and creating urban microclimates that work as air cleaning systems.

Architecture can and have to mitigate climate change effects. According to Stefano Boeri, the future will be fueled by renewable energy sources, Urban Forestry and regenerative development policies. The first World Forum on Urban Forests that will take place in Mantua in november 2018, organized by the Municipality of Mantua and promoted by FAO, will become a unique occasion to gather administrations, ONG, academics and other experts to compare experiences and strategies.