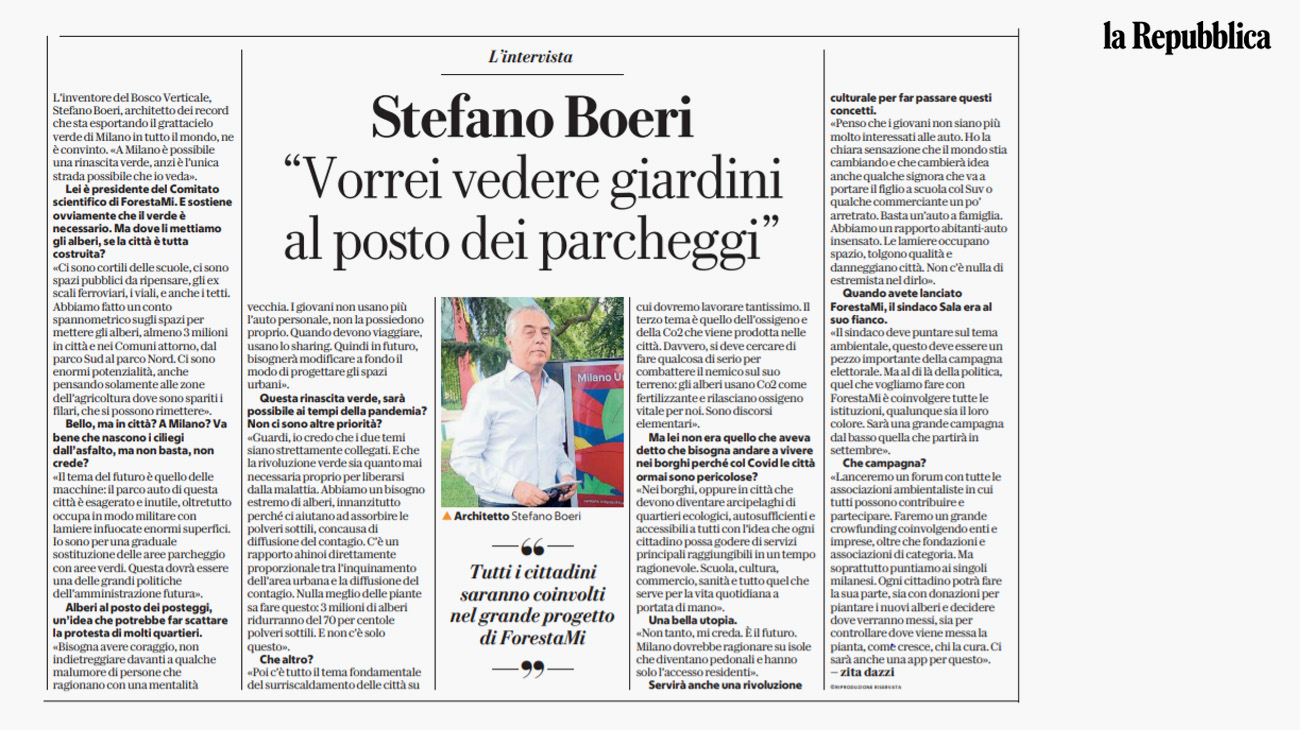 On La Repubblica, an interview with Stefano Boeri that tells ideas of rebirth of green in the city, the future life in the villages and the ForestaMI project.

“There are school yards, there are public spaces to rethink, the former railway yards, the avenues, and even the roofs. We made a spannometric calculation on the spaces to plant trees, at least 3 million in the city and in the surrounding municipalities, from the South park to the North park “, says architect Boeri. ” There is enormous potential, even thinking only of the agricultural areas where the rows have disappeared, which can be restored”.