LA NUOVA VENEZIA
NO TO SQUARES AS CHECK POINT 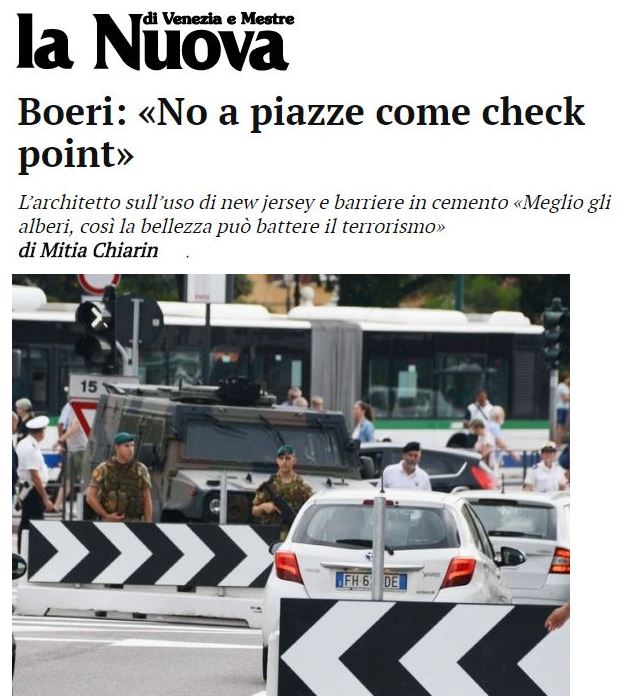 “Safety is the first aspect to consider in these times, but we must save our squares from becoming military checkpoints”. The Milanese architect Stefano Boeri releases an interview with La Nuova di Venezia e Mestre on urban safety devices. The architect’s intervention following the terrorist attack in Barcelona raged a national debate. “Oaks instead of barriers to terrorism” his proposal. An idea for Milan, replicable everywhere, confirms Boeri, in Florence (that immediately called the architect as a consultant) and may also be applied in the entrance of Venice.