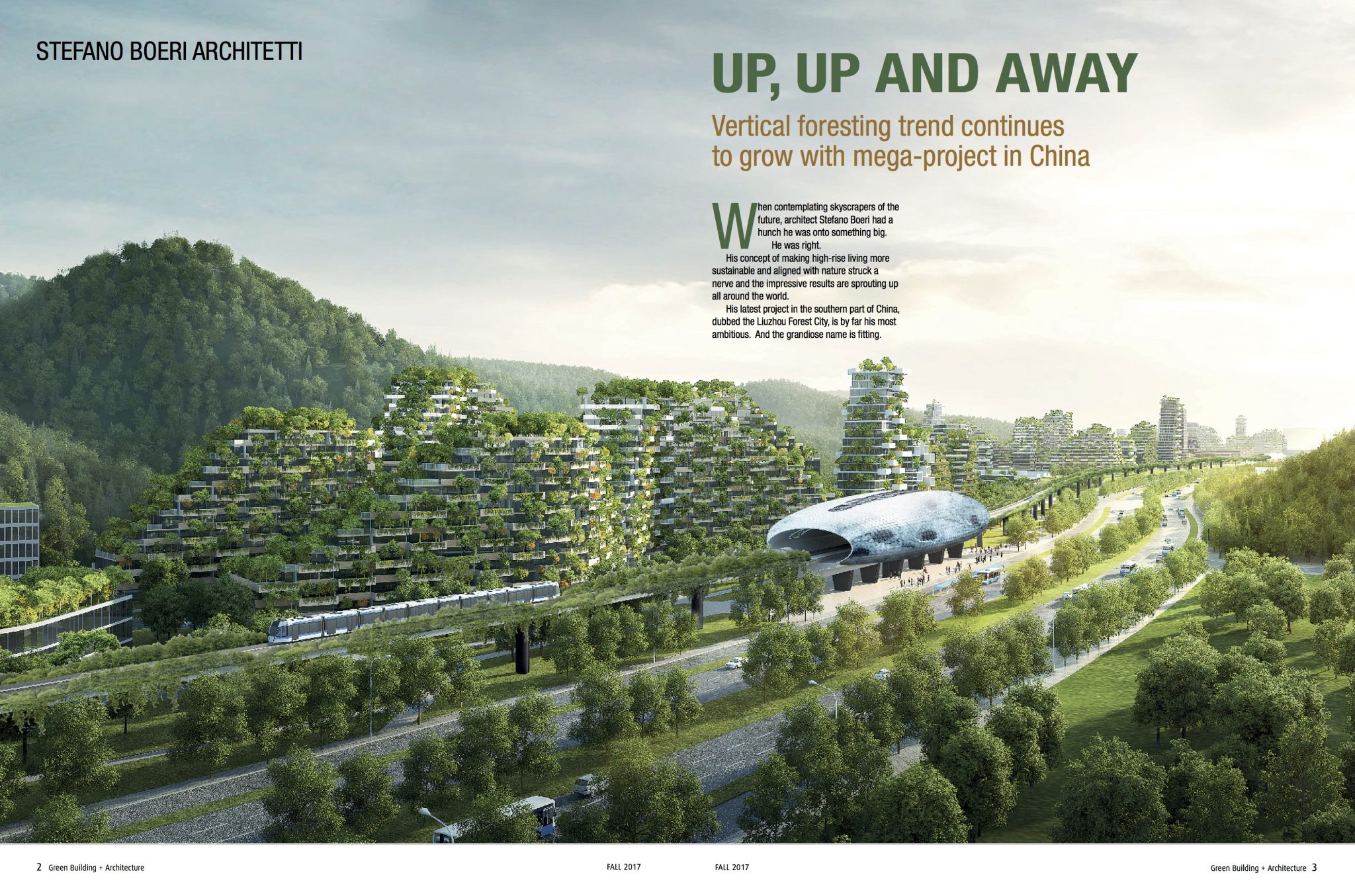 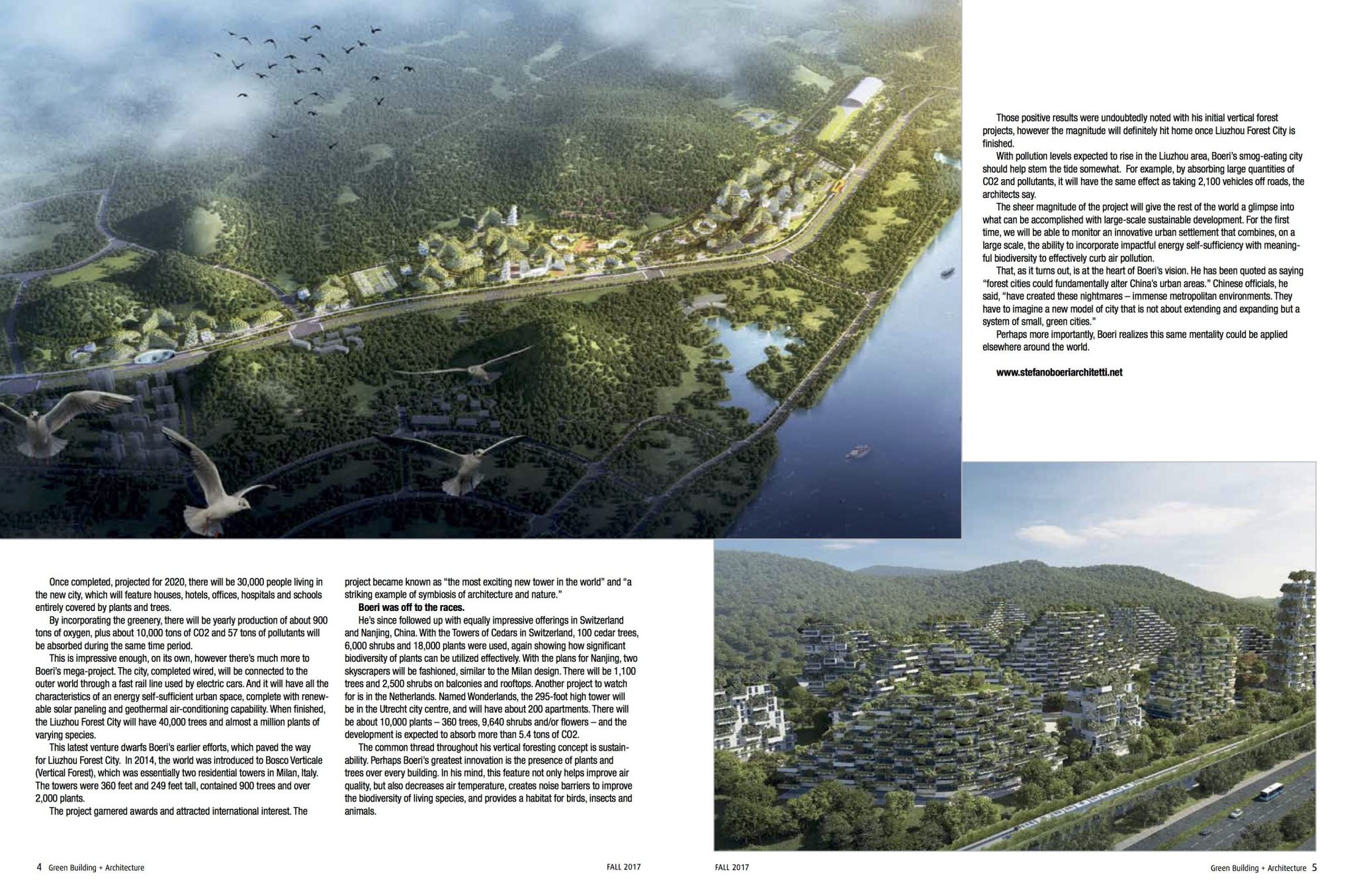 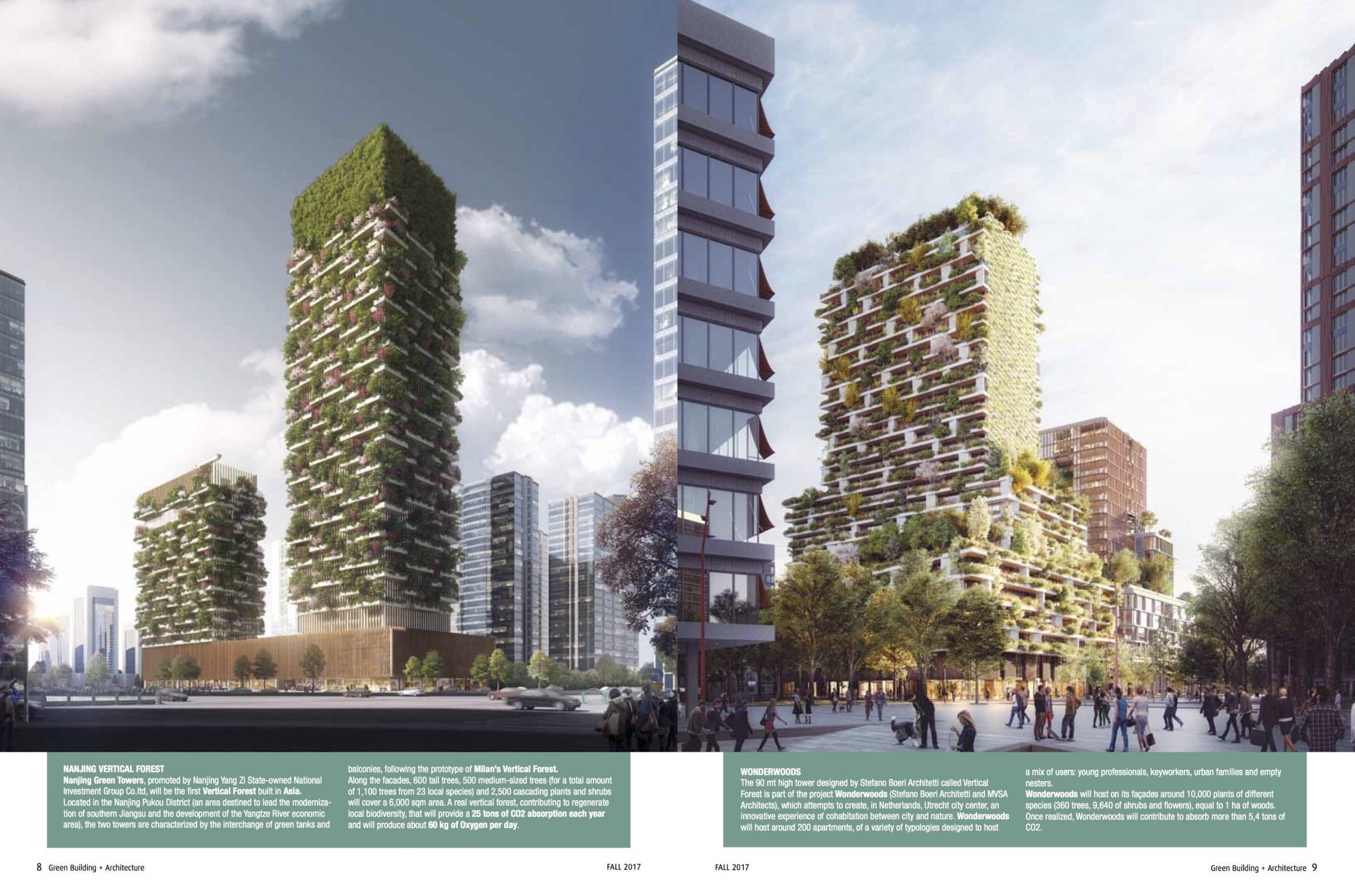 Liuzhou Forest City is now the most ambitious project by Stefano Boeri Architetti.It si the first example of chinese Forest City: offices, homes, hotels, hospitals, schools are entirely covered with trees and plants. For the first time in China and in the world, an innovative urban settlement will combine the challenge for energy self-sufficiency and for the use of renewable energy with the challenge to increase biodiversity and to effectively reduce air pollution in urban areas – which is really critical for present-day China – thanks to the multiplication of vegetable and biological urban surfaces. Stefano Boeri Architetti set itself the goal to create a new urban model, which does not grow in width but in small systems of green cities.