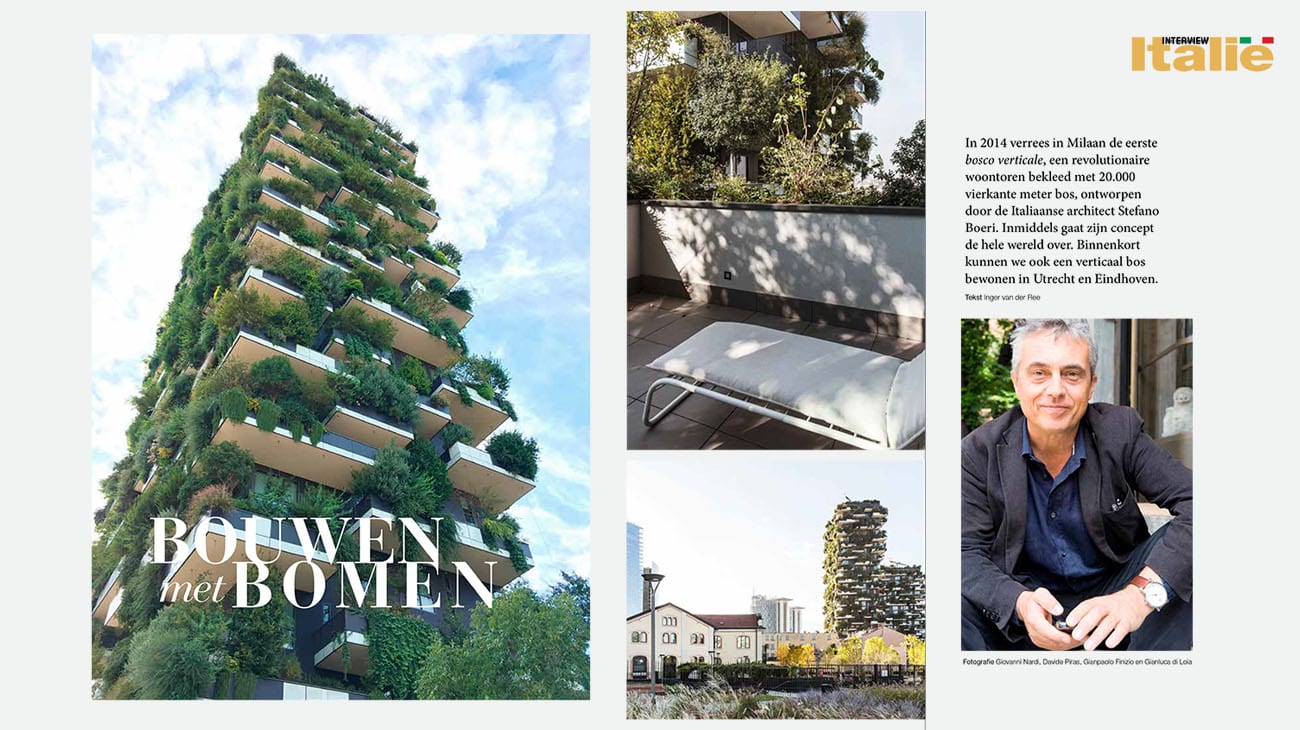 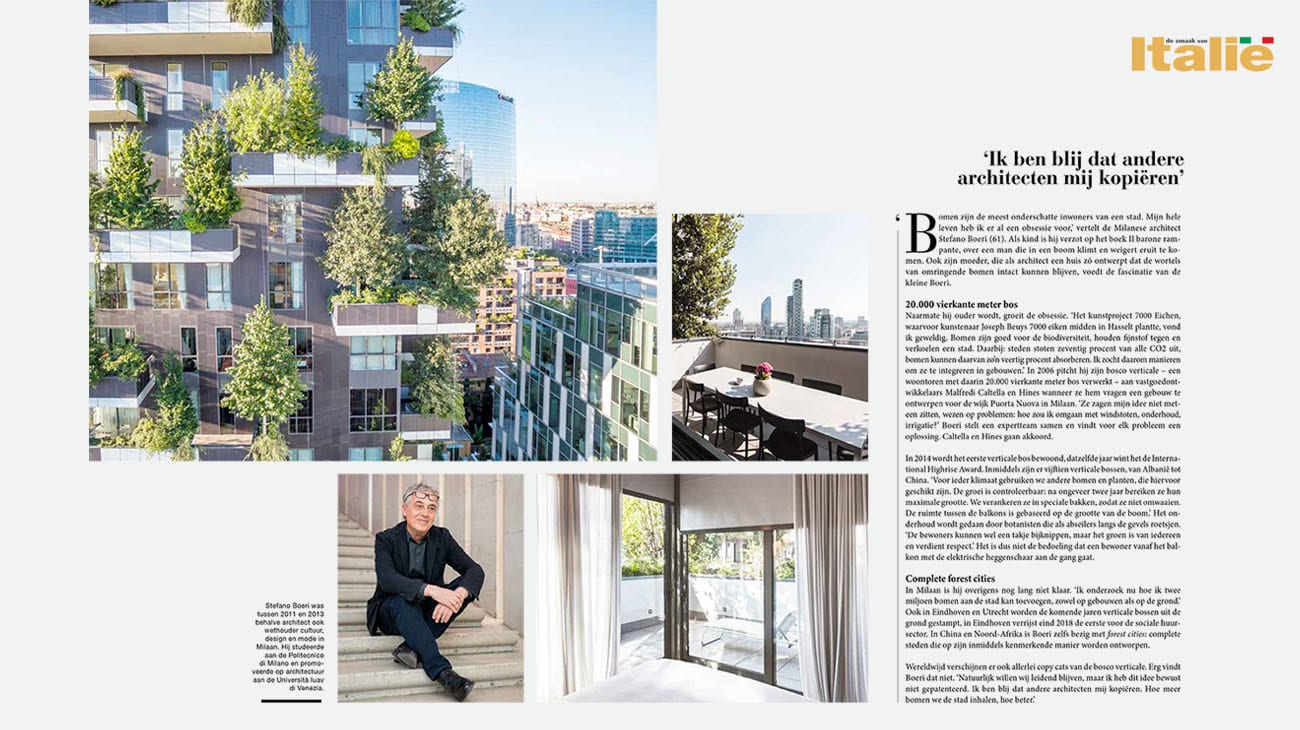 An article on the Dutch magazine De Smaak Van Italie dedicated to the Vertical Forest prototype, to the architect Stefano Boeri who designed the first model in 2014 and to the inspirations that lead him to elaborate an architecture that house not just human but also vegetals and animals.

In the interview the architect tells about his idea of a building dedicated to plants: from Italo Calvino book The Baron in the Trees in which Cosimo Piovasco di Rondò decides to stay forever on the tree he climbed to Joseph Beuys artistic project which brought 7000 new oaks in the centre of Kassel.

“Trees are the most understimated inhabitants of a city”, tells Stefano Boeri that with his studio in Milan – Stefano Boeri Architetti – carries out an important research on Urban Forestry through the attending important international events and through architectural and urban design of projects that consider nature as a main and not decorative element. From the recent Vertical Forest projects in the Netherlands, France, Switzerland, Albania to the urban plans in Tirana and Nord Africa: the goal is to consolidate best practices which can contribute tackling Climate Change.