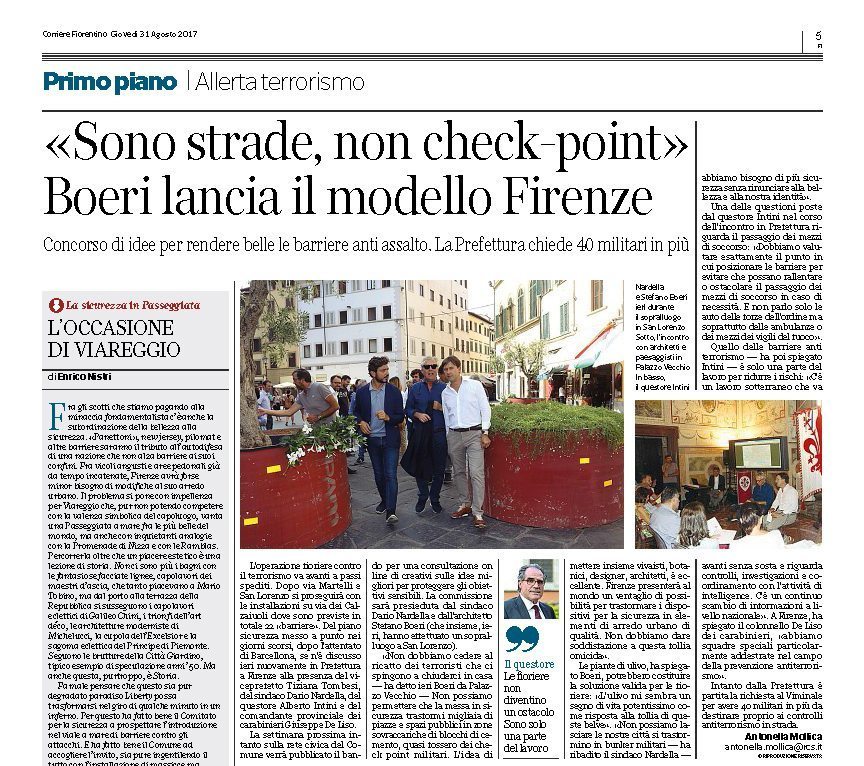 Yesterday Stefano Boeri has been invited to Florence to discuss with the Mayor Dario Nardella and other representatives of the city his proposal of installing the tree pots instead of concrete blocks in the public spaces as a counterterroristic measure.

“We must not give up on the blackmail of terrorists who push us to shut up in the house,” Boeri told at Palazzo Vecchio yesterday. “We can not allow security to transform thousands of squares and public spaces into the areas overcrowded by the blocks of concrete, as if they were Military checkpoints. The idea of putting together  botanists, designers, architects, is excellent. Florence will present to the world a range of possibilities for transforming safety devices into quality urban furnishing elements. We must not give satisfaction to this murderous folly”.