vanity fair
snap-shots from the future 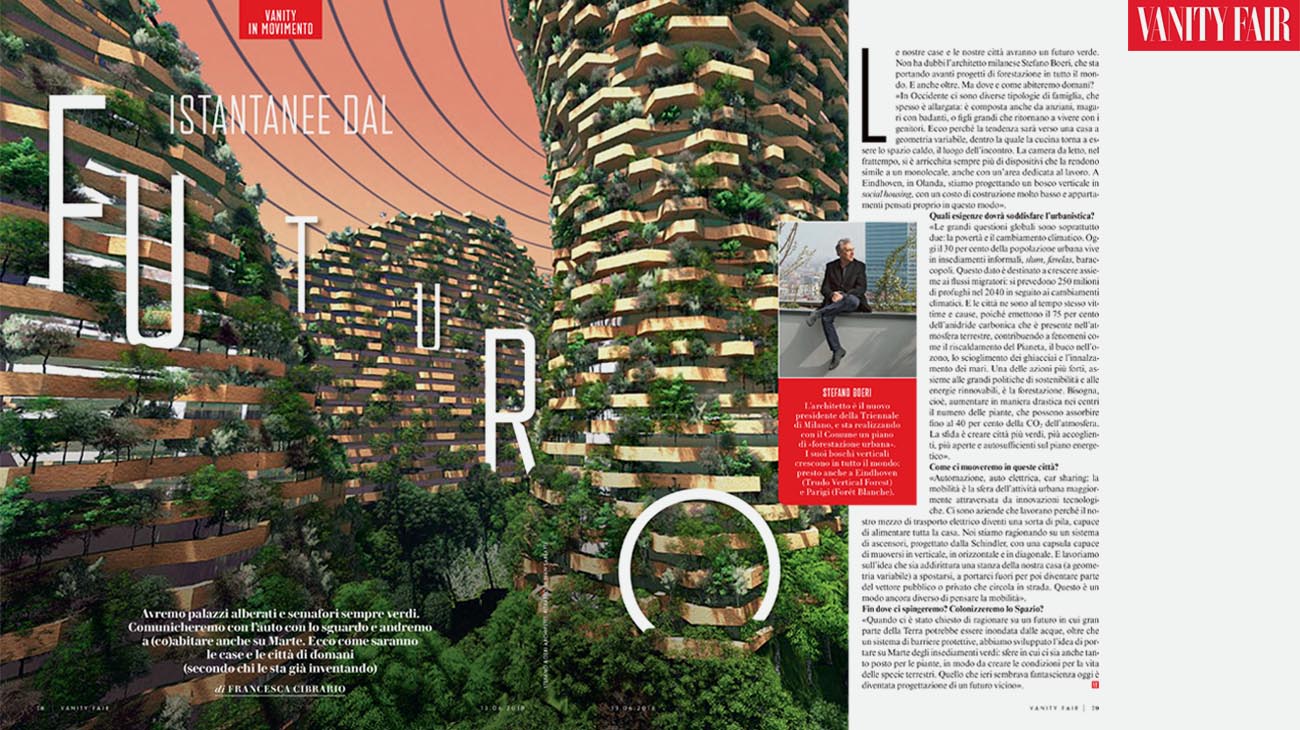 On Vanity Fair an interview to Stefano Boeri about his vision on the future: from living on Mars to Urban Forestry.

The architect tells about the projects of his studio which are in a constant research that always start from a reflection on present mutations. And so architecture reinvents housing typology and furnitures, as in the project for the new Vertical Forest in social housing which will be built in Eindhoven – the Trudo Vertical Forest – or in the projects for a kitchen – Oasi – designed by Stefano Boeri Architetti which represents a social gatherer for variable-geometry families. On a wider scale the attention moves on practice and investigation fields which are more complex, as Urban Forestry, interdisciplinary movement which relates to urban, political and scientific fields to tackle climate change’s consequences.