HomeProjectsOasi | A Kitchen under the Branches of a Tree

Oasi | A Kitchen under the Branches of a Tree 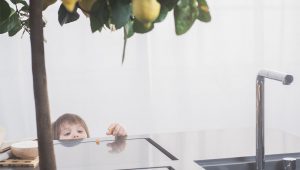 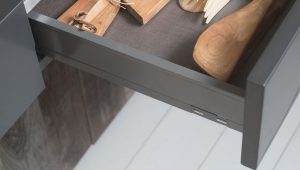 If in traditional urban mythology the founding act of a city was the uprooting of a tree and the then translation of its material and symbolic nature into the archetypal column, in the most recent contemporary season the first prototype of a new architectural biodiversity,  the Vertical Forest has completely reversed this paradigm. Starting from the pilot case created in Milan, in actual fact the tree is no longer removed and transformed but rather welcomed and included into the architectural substratum and it is this latter that is changing to suit the purpose. Architecture has evolved into a vehicle for a vegetable colonization of the city, reinterpreted as a privileged place for interaction between man and the natural world in all its forms.

The experimental kitchen module designed for Aran Cucine on occasion of Salone del Mobile.Milano-EuroCucina 2018 is the first case in which Stefano Boeri Architetti have developed the anticipated vision of the Vertical Forest in the field of industrial design, an occasion that allows the expression of the idea of man-tree coexistence through a domestic furnishing item. Starting from the classic layout of the free-standing  kitchen island, OASI defines a  simple single dining table-cooking block that houses all the essential elements of a traditional living space like the typical Italian kitchen. The square-shaped free-standing block that results from this is thus developed as a well-expressed multi-function technological device able to support all the phases of the food cycle – storage, washing, preparation, cooking, serving, consumption and recycling,  according to a process that is a key principle in Stefano Boeri Architects design: circularity.

This “organism-kitchen” is however also versatile in the spatial sense. The top in solid Corian develops on two levels which thanks to a complex piece of engineering allows two symmetrical “wings” to flow smoothly on the opposite sides. The result is a double surface which can easily be used as a dining/breakfast table for a  “variable-sized family” from three to nine people.

The design’s iconic, symbolic and highly appealing aesthetic element holds court at the centre of the piece in the shape of a delicate lemon tree that emerges like a branch blooming from a massive pot. A sturdy and evergreen plant, the lemon tree can bloom and bear fruit in almost every season but most of all it can easily adapt to the inside of houses  (a trait common to all citrus fruits: the design can also be modified to accept for example an orange, a mandarin or a citron tree). As can be seen in countless iconographic appearances ranging from paintings (Dosso Dossi, Pan and the nymph, 1524) to cinema (Lemon Tree directed by Eran Eraclis in 2008 not to mention cartoons (Simpson, Limone di Troia, 1995) – the lemon is also a “frontier” tree, capable of crossing borders and areas and generating powerful feelings of affection and recollection. This feature is certainly amplified by the mythical descent from the “golden apple” by the Hesperides but even more by the countless culinary applications of the fruit which make it an infinite source of cultural and gustatory enjoyment.

So, rather than a product, Stefano Boeri Architetti are proposing an unusual place in which to live. The presence of the lemon tree is at the same time a spatial, mnemonic and symbolic reference around which familiar and convivial relationships can gather: an increasingly complex and variable network, able to change according to the multiple life stories of those taking part. The tree, the table and the cooking top can be perceived as a single catalytic element around which to remember or imagine stories, anecdotes, shared memories or culinary secrets. Not just a kitchen, but a domestic device for collecting and narrating everything that happens around it.

As in the case of the top, the “vital design” of the system is also created through the dynamism of the component parts which follow and interpret the changing of the lives that surround them. Thanks to a mechanical device at the base of the vase, hidden inside the block, the tree is in fact able to rotate following the direction of the sunlight and take full advantage of it. At the same time, the microclimate of the oasis is augmented by a continuous and controlled irrigation plant that works off the kitchen water system and an artificial lighting system that incorporates the natural one.

From the material and figurative point of view, the tree should not be considered an added element but intrinsic to the design language. In contrast to the chromatic and formal exuberance of the emerging greenery, the base is in fact treated as a large-scale abstract and “mineral” body,  hence the primary compositional system, the neutral finishes (the base can have a natural or anthracite stainless steel coating, or wood painted in lime or anthracite hues), but also the marked bevelling of the four corners which softens the visual and volumetric impact thereby making it less aggressive and blunt.

This coexistence of inert materials and discreet forms removes the base from any allusion to the biological world, establishing a precise distinction from the plant organism it contains and protects. The distance between these two natures conceptually “preserves” the tree in a timeless dimension, accentuating its new nature at the heart of the house. 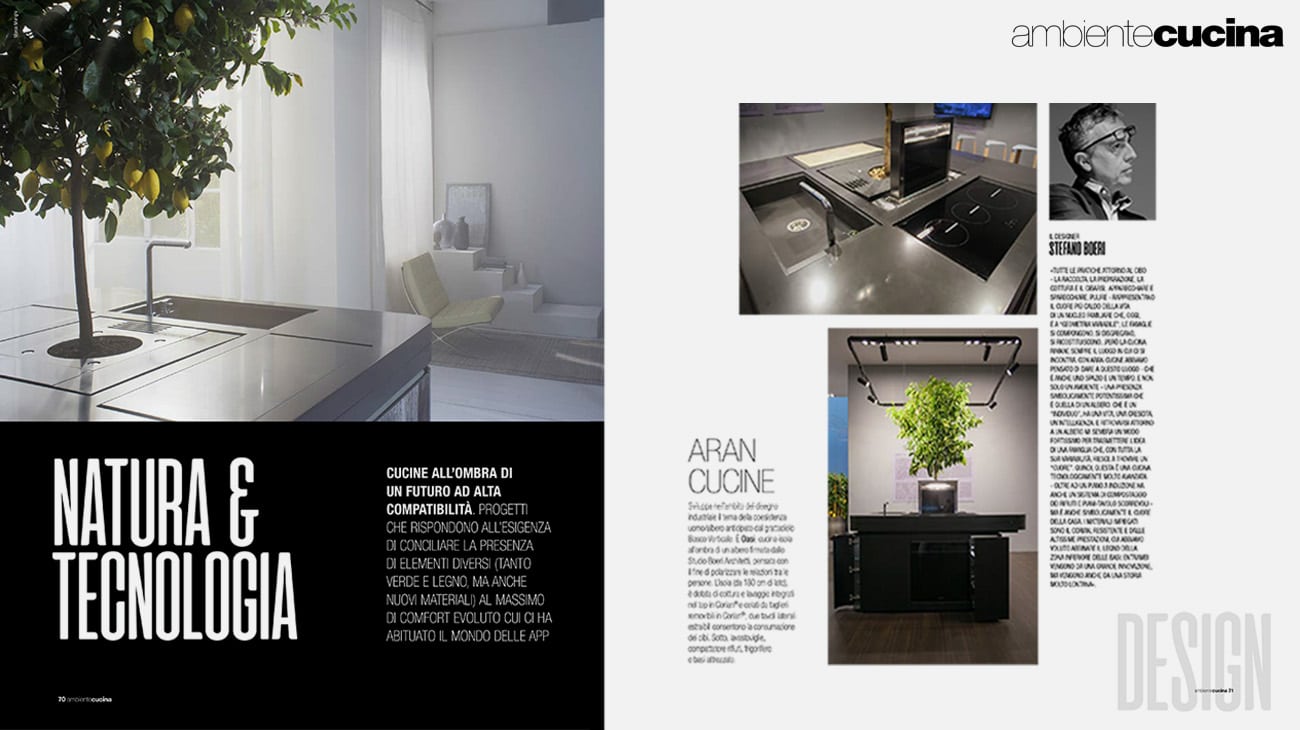 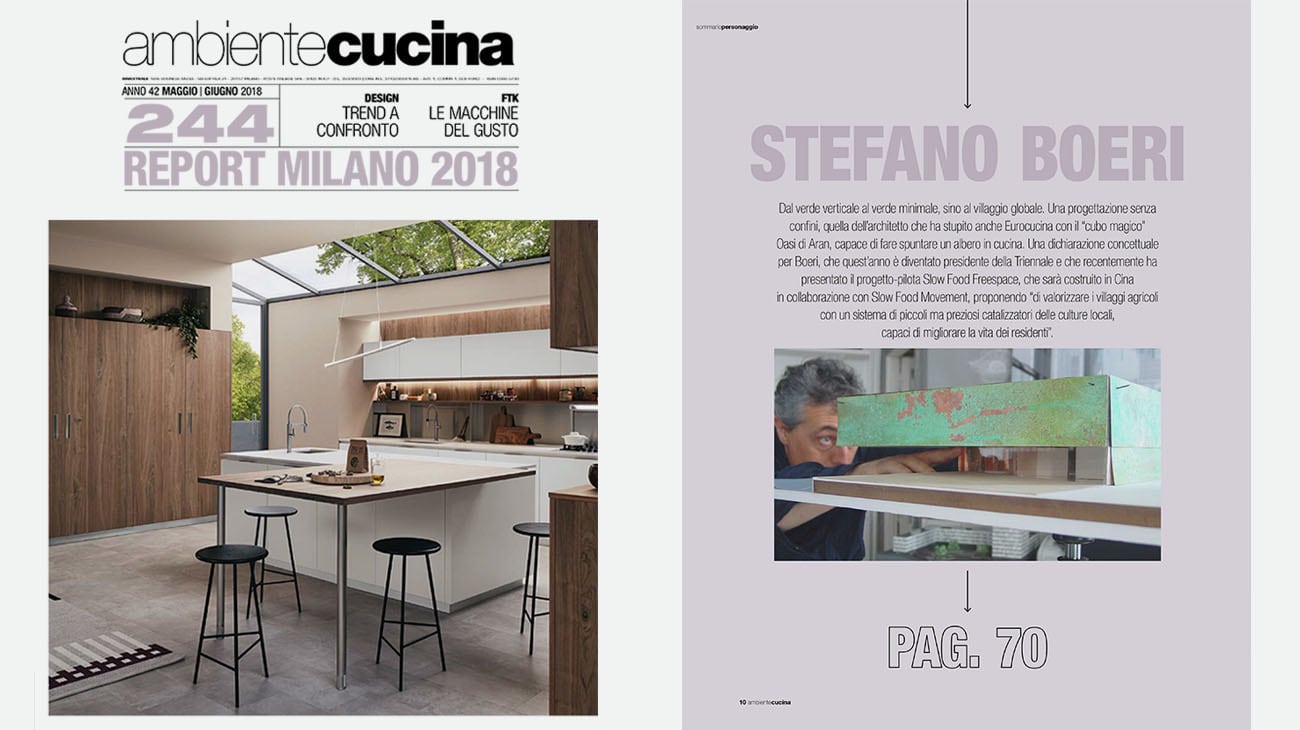 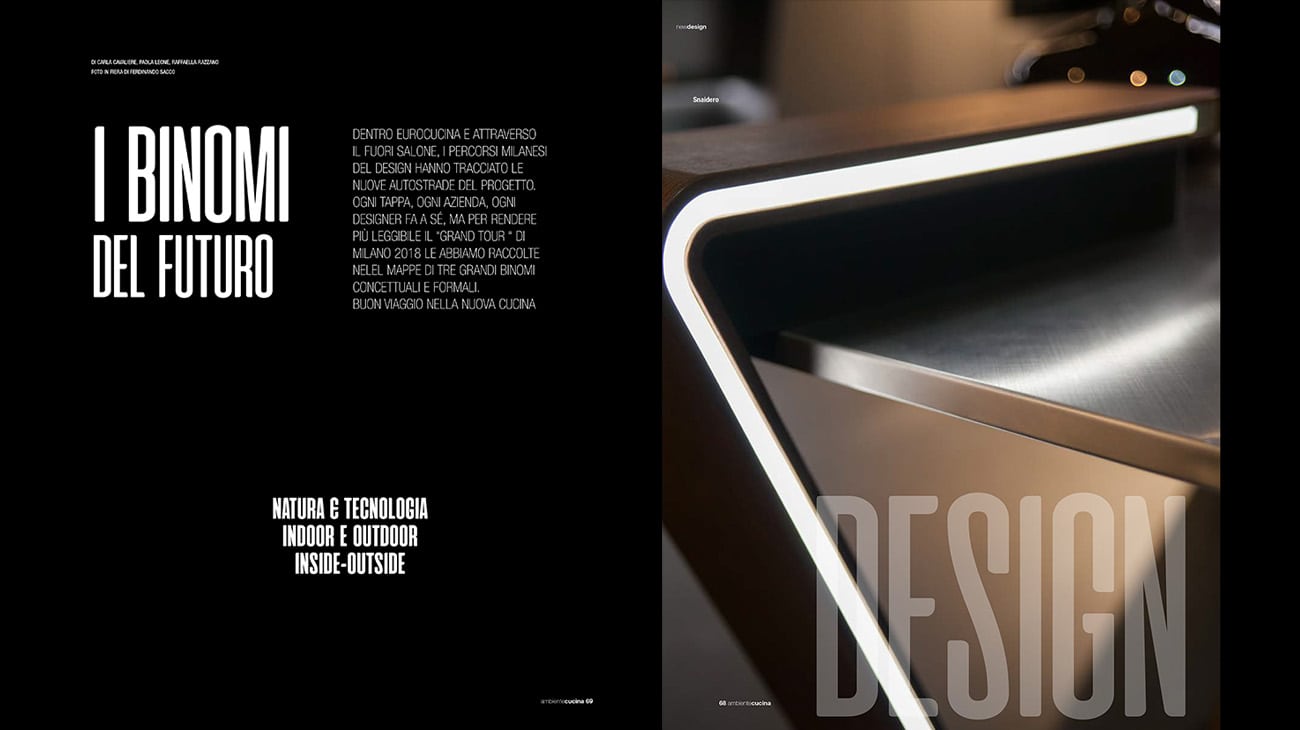