silver economy
silver and the city 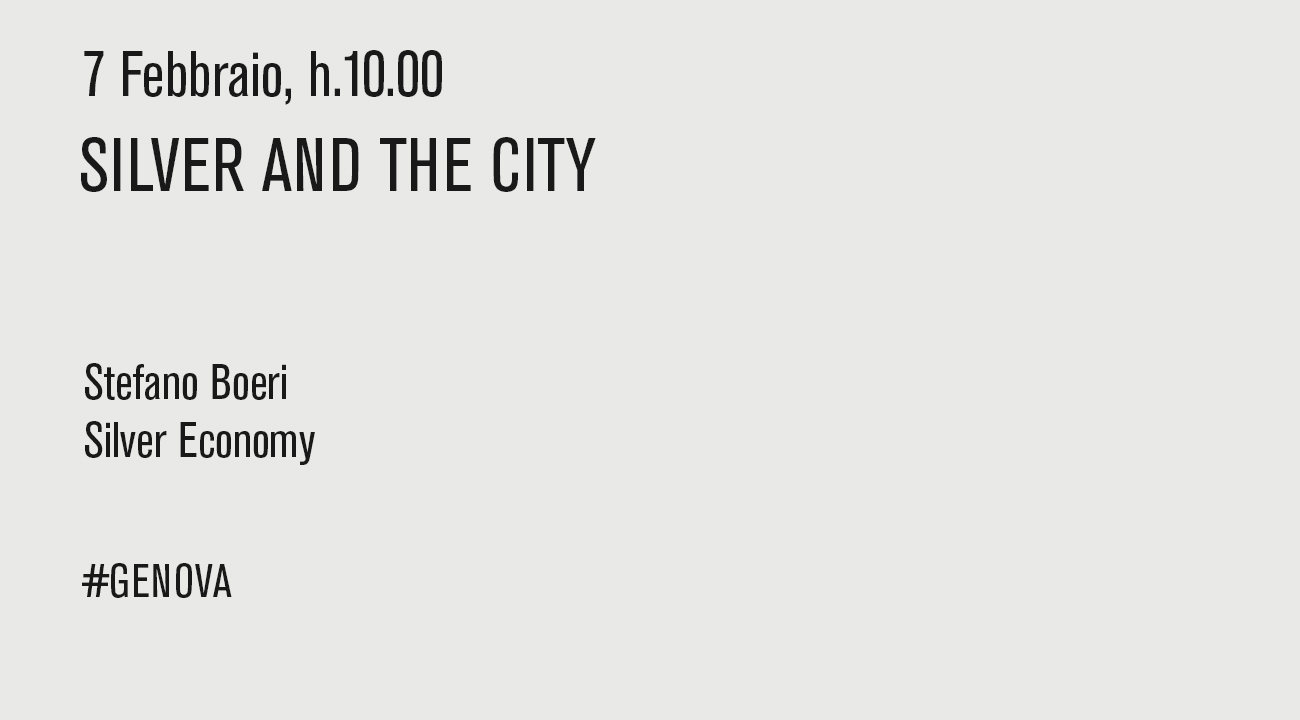 Friday 7 February, an open interview with the architect Stefano Boeri during the conference organized by ConfCommercio, on Silver Economy and urban development issues. A meeting that deals with consumption, tourism and growth, analysing an economy related to the oldest part of the population. The Silver Economy is based on meeting the needs of the senior inhabitants and is an economy that does not concern a few sectors, but which on the contrary involves many industries including the real estate one.

During the day, in addition to Stefano Boeri – interviewed by Andrea Granelli -, various interventions by: Paolo Odone, president of ConfCommercio Genova, Alberto Brambilla, president of Studies and Research Center for Social Security Itineraries, Carlo Sangalli, president of Confcommercio Imprese per l’Italia, Luca Ubaldeschi Director of the XI Century in dialogue with Marco Bucci, Mayor of Genoa and Minister Dario Franceschini in closing.

The event, entitled “Silver and the city” takes place at the Magazzini del Cotone (Sala Maestrale) in Genoa. For more information, see the link: https://www.manageritalia.it/it/eventi/silver-and-the-city-genova-7-febbraio/