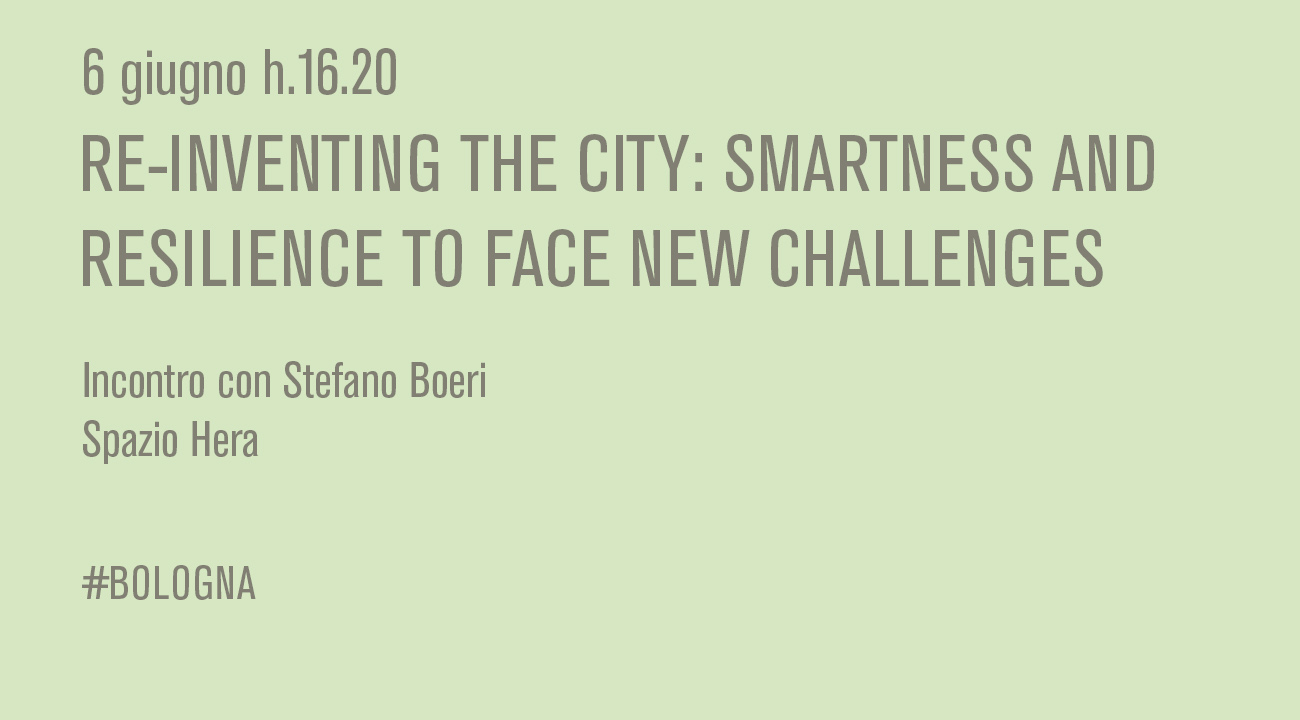 On Thursday June 6th, at 4.20 p.m. in Bologna, at Spazio Hera in Viale Berti Pichat, 2/4, Stefano Boeri will take part to the event entitled Re-inventing the City: Smartness and Resilience to Face New Challenges.

Stefano Boeri will talk about the idea of ​​the Manifesto on Urban Forestry, about the trend to make the concept of  Smart City collide with Forest City, about the Cities of the Future and the Future of Cities.