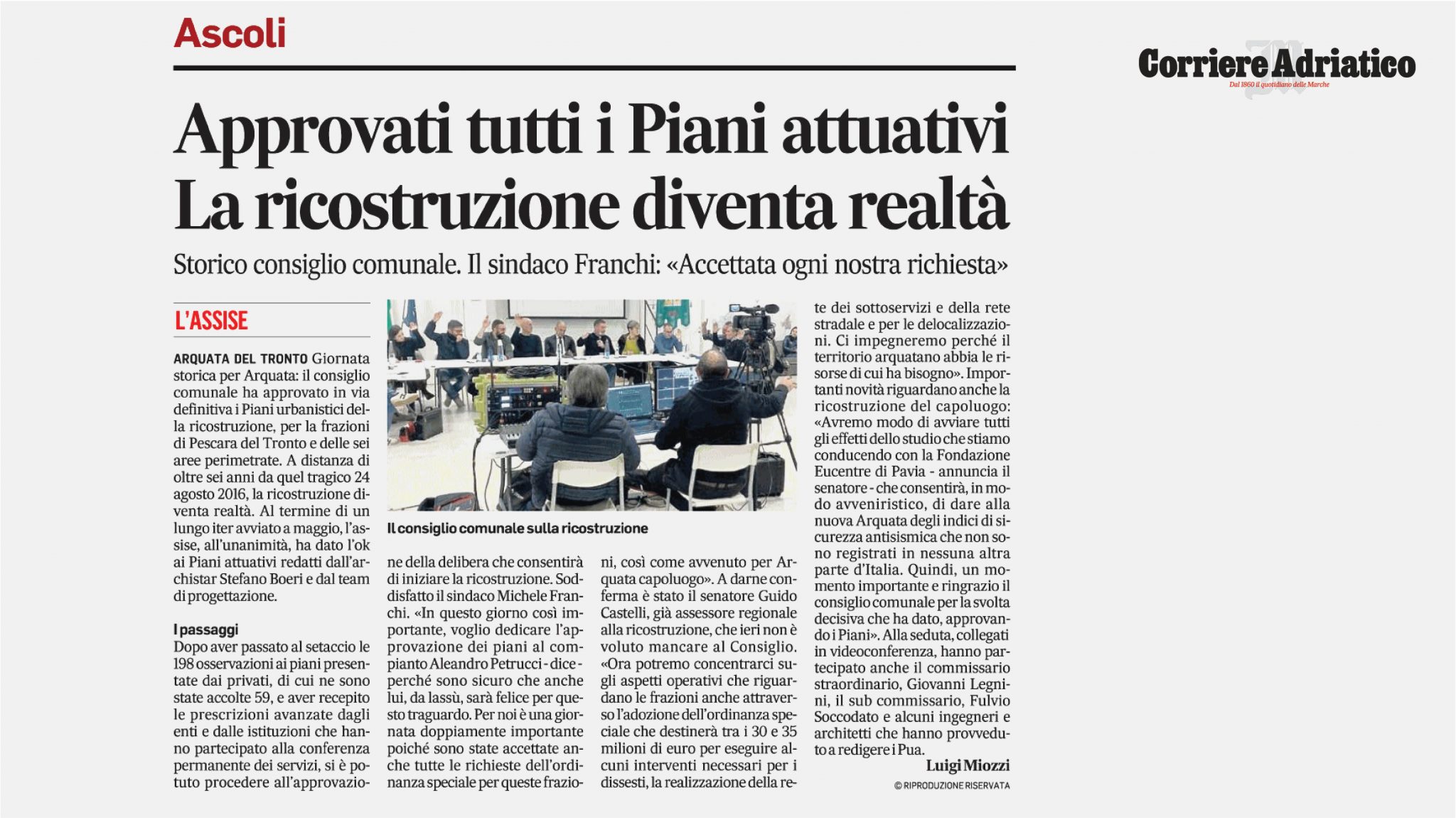 The plan involves 7 hamlets (Arquata, Capodacqua, Pescara del Tronto, Pretare, Piedilama, Tufo, Vezzano), totaling about 100 sq. km. Among the planned objectives, in addition to reducing seismic risk and enhancing environmental resources, the production of sustainable energy, the use of innovative materials, the enhancement of public services and the revitalization of tourist activity also play a key role toward defining a new reconstruction model.

The news, in the context of the new calls for proposals called for the Reconstruction of Central Italy, was also picked up by Artribune, which reported Stefano Boeri’s comment, “The overall idea for the intervention in Arquata del Tronto does not aim to chase a reconstruction following a process of identity, but of identity, recreating authentic spaces and relationships for the citizens of a wounded territory but ready to be reborn.”

To learn more about the project: https://www.stefanoboeriarchitetti.net/en/project/detailed-plan-for-the-reconstruction-of-seven-historical-centres/