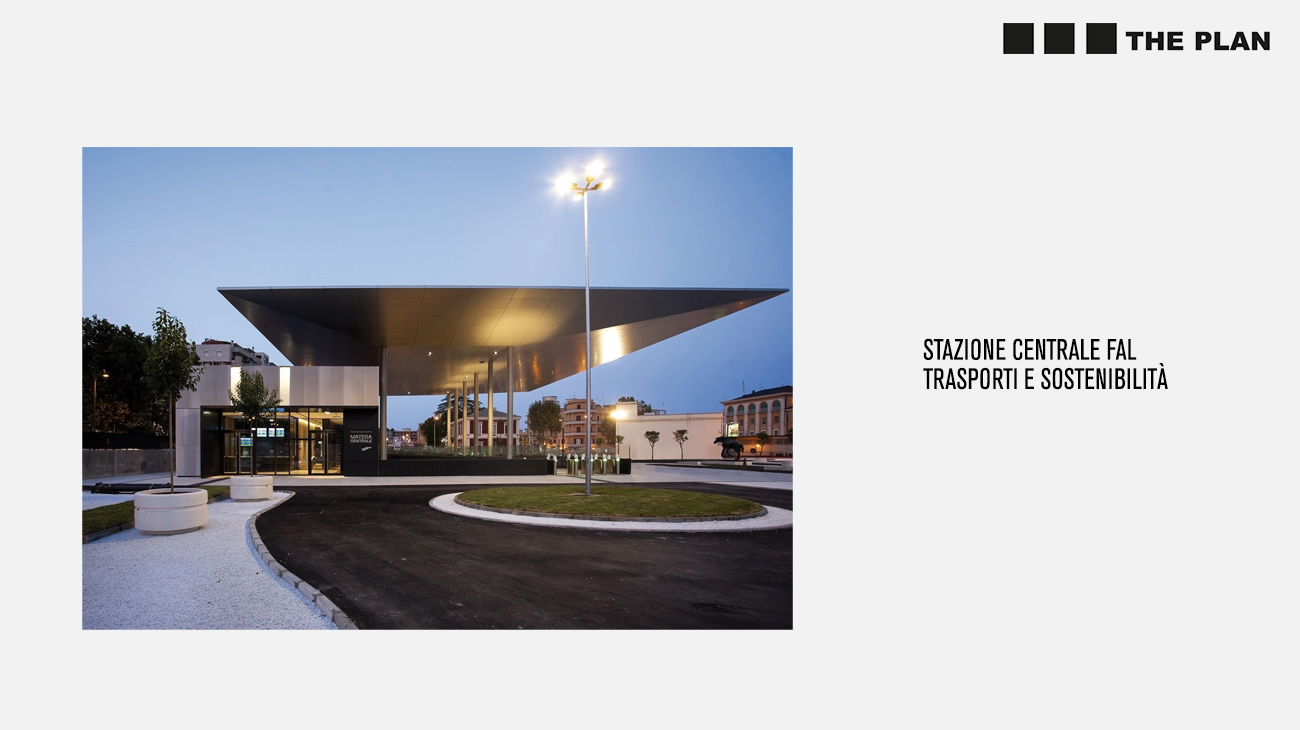 On The Plan a short article on the Matera Centrale FAL Station, along the Bari-Matera line. The structure, conceived and built by Stefano Boeri Architetti, is inspired by the characteristic shapes and materials of the Sassi di Matera, providing two large empty spaces: a longitudinal one – 6 meters underground – along the straight line of the tracks, to facilitate the passage into the underground tunnel; the second represented by the large shelter that covers the entrance square.

A turning point for the city of Matera which, after becoming the European Capital of Culture 2019, presents itself in the Lucanian territory with an increase in visibility and a relaunch of tourism in the urban area. In this context, the Matera Centrale FAL station is designed by using two materials – steel and local stone – to symbolize the two aspects of the city, the ancient and the modern one.

To read the entire article and to find out more, follow the link: