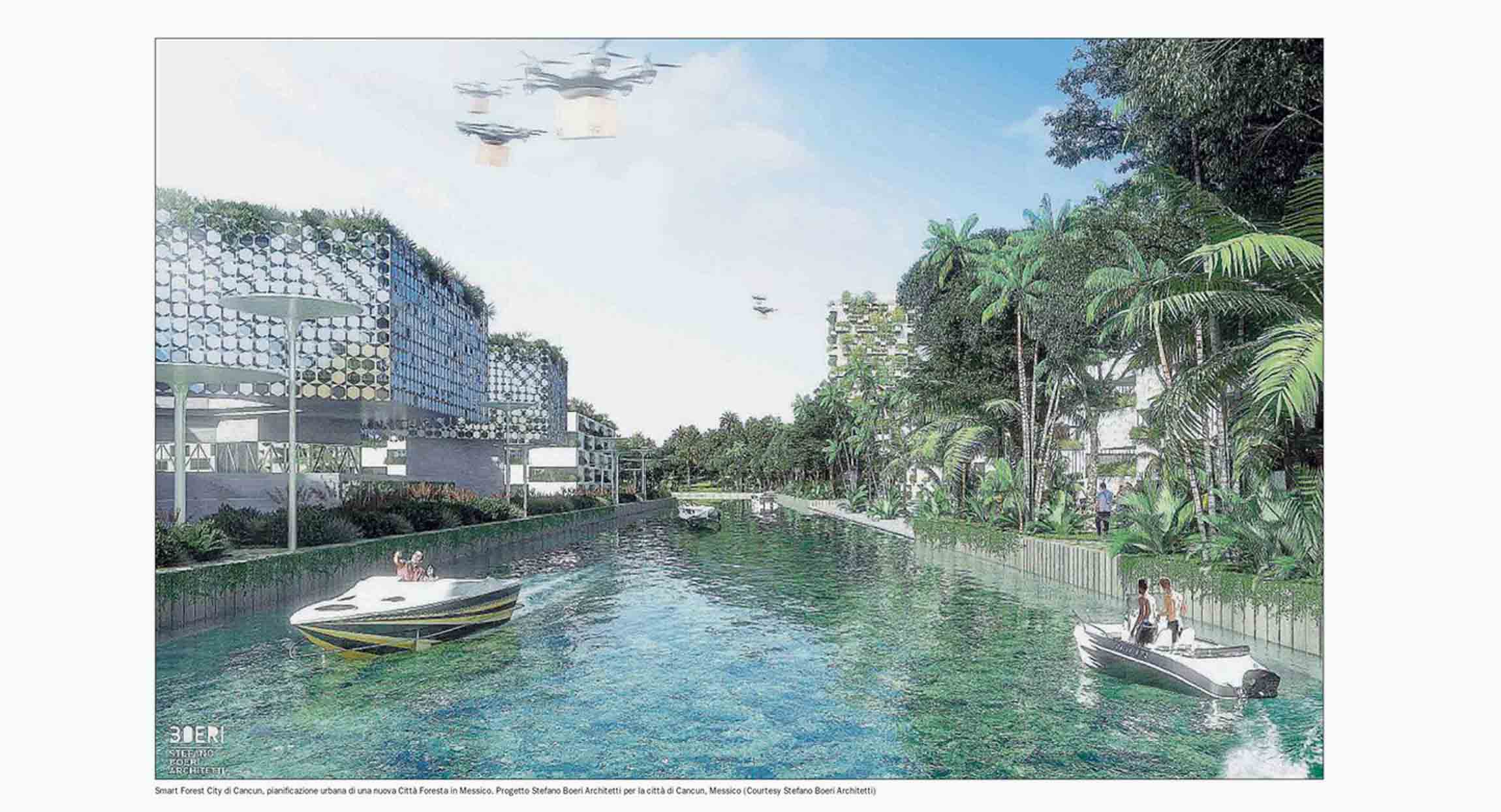 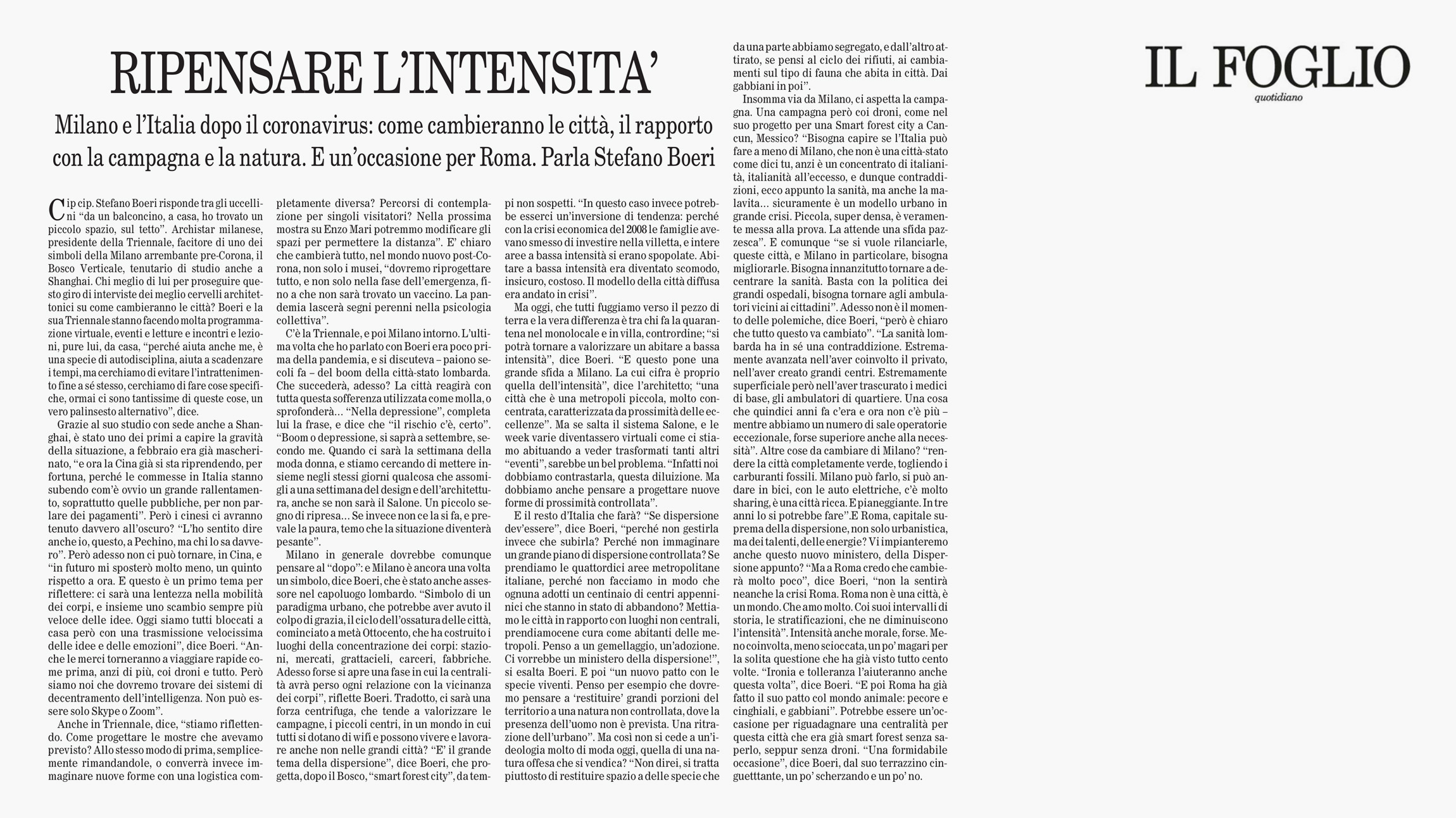 On Il Foglio an article that, through the words of the architect Stefano Boeri, allows you to rethink the concept of intensity, in a city that changes like Milan, in the direction of a new relationship between countryside and nature. The Lombard capital, heavily affected by the Covid-19 pandemic, undertakes to make a thought effort linked to the “after”, in search of a rebirth of actions and events that will remove it from the risk of depression and lead it towards a phase in which the centrality will leave room for the enhancement of the countryside and small towns, defined by the slowness in the mobility of the bodies and at the same time an increasingly faster exchange of ideas and emotions.

A broader idea, however, also concerns the concept of territorial dispersion, to be managed as an opportunity to rethink the urban dimensions, connecting all fourteen metropolises with the smaller centers and abandoned villages of the Apennines, putting large cities in relationship with non-central places, to take care of them as if to adopt their fragility and memory.

To read the entire article, see the issue of Il Foglio on Friday 10 April 2020.