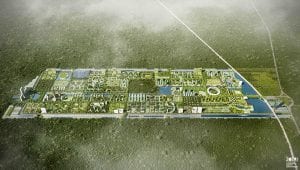 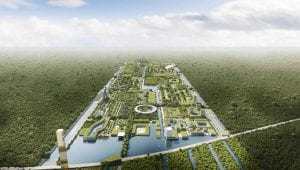 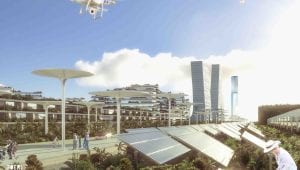 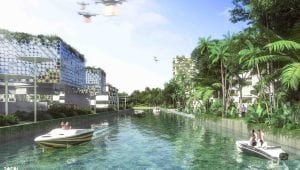 The Cancun Smart Forest City project presents the urban planning of a new Forest City in Mexico which covers 557 hectares and which will be capable of hosting up to 130,000 inhabitants. The metropolitan area will be home to 362 hectares of planted surfaces and 120,000 plants from 350 different species, based on the design concept of an open and international city inspired by the values ​​of technological innovation and environmental quality. As a matter of fact thanks to these new large parks, garden roofs and green façades, the terrain used for greenery and that for construction cover equivalent areas, thereby returning a large portion of territory to vegetation which would otherwise have been dedicated to the construction of a large shopping centre. The design of the new Forest City includes a high-tech innovation campus where university departments, organizations, laboratories and companies will work on a global level to resolve the major issues of environmental sustainability and the future of the planet. Within this campus, there will also be research and development centres intended to host students and researchers not just from Mexican universities, but from leading top flight institutions worldwide.

The Smart Forest City has been designed as a settlement that is self-sufficient in energy production through a perimeter ring of photovoltaic panels and a water channel connected to the sea via an underground system that allows the city to be irrigated in a sustainable manner. This choice encourages the development of a circular economy around the theme of the use of water, (one of the project’s key elements) which is collected at the entrance to the city in a large dock and a desalination tower and then subsequently distributed via a system of navigable canals allowing its distribution throughout the inhabited areas and the irrigation of the surrounding agricultural fields. The new Forest City is also at the cutting edge in terms of mobility thanks to a highly developed transport system which requires both residents and visitors to leave every internal-combustion powered vehicle at the city limits since mobility within the city is solely electric and semi-automatic.

The project has been designed according to the principles of Non-Deterministic Urban planning. Once the definition of the large scale invariables of the urban framework relating to energy infrastructures have been established along with mobility, greenery, the presence of the most important research and development nuclei and the right of each inhabitant to have every service available at a suitable walking and/or cycling distance, the city will provide tremendous flexibility in the distribution of the various building and architectural types.

Cancun’s Smart Forest City is therefore a botanical garden within a contemporary city, based on traditional local heritage and its relationships with both the natural and the sacred world. It is an urban ecosystem in which nature and the city intertwine and act as a single organism, leaving room for untended vegetation planted on land used by the public and which is considered a fundamental element of the design. The human need to find solutions that involve a changing perspective on the way in which activities are carried out, from the way we produce to the way we consume, is however still dominant. The path leading to dematerialized and detoxified goods and services can be summarized by the four Rs: reduction, repair, reuse and recycling. The Smart Forest City addresses these development needs, allowing and encouraging education and economic empowerment – especially that of women – by developing radically more eco-efficient solutions, lifestyles and forms of behaviour that start with reducing overall demand for energy and a decrease in waste production.

The Cancun Smart Forest City adopts the philosophy espoused by E. Glissant with regard to the concept of Mondialité, making it one of its foundation keystones in order to encourage research and exchange between countries. Mondialité means not belonging to exclusive homelands or nations but to Places – made up of linguistic interchanges, free divinities, unspecified native lands, languages ​​and geographies chosen and interwoven between lands and visions – of which the Forest City becomes part, embracing Creolization as a form of driving force for social and economic development, allowing accessibility and intermingling to coexist in the same space. Conceived as a campus, the project will become an important opportunity and a splendid investment through which to enrich human and research-related capital, planned around a number of essential characteristics and the framework of urbanization processes. Water treatment plants, food production, winter gardens, innovation paths, navigable canals, mobility hubs, desalination and capillary systems for public and private gardens are interlinked as elements of innovation and tradition. 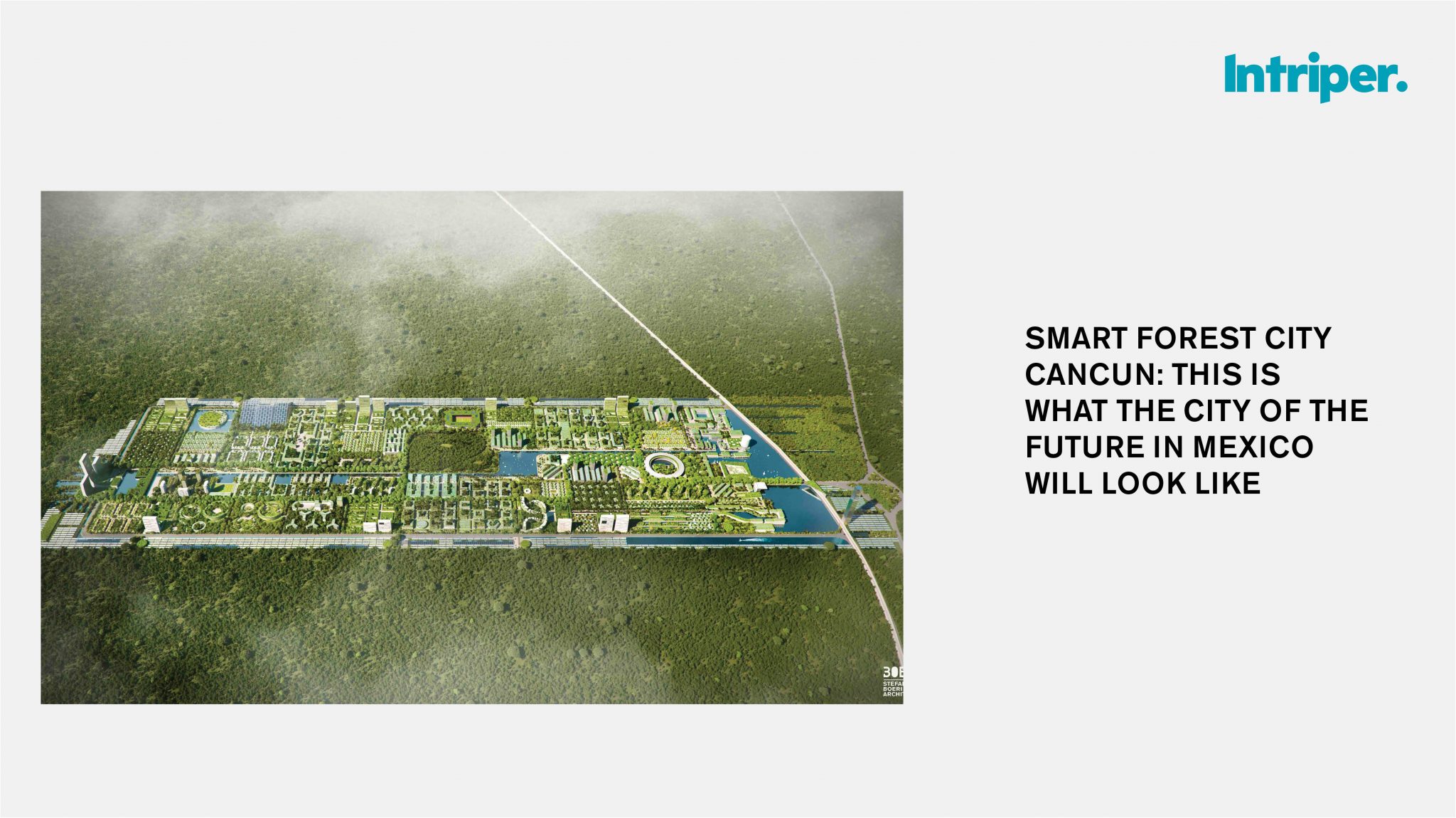 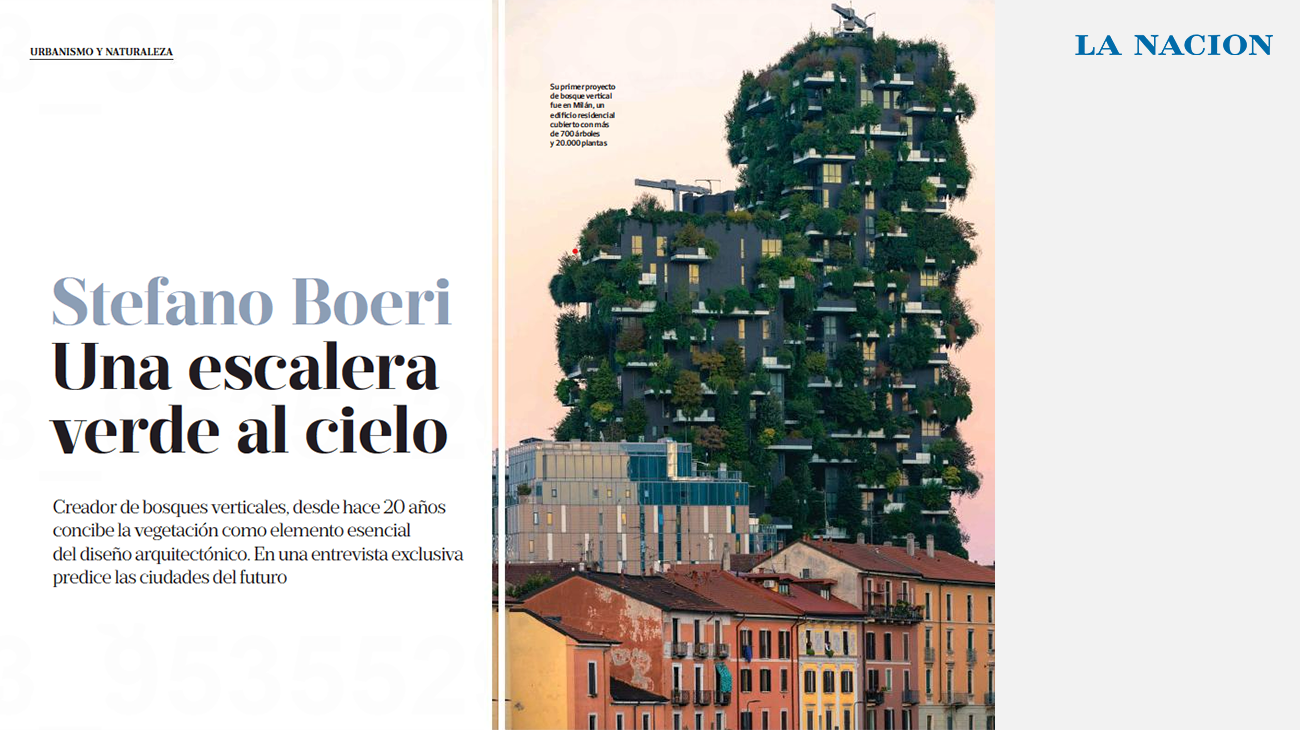 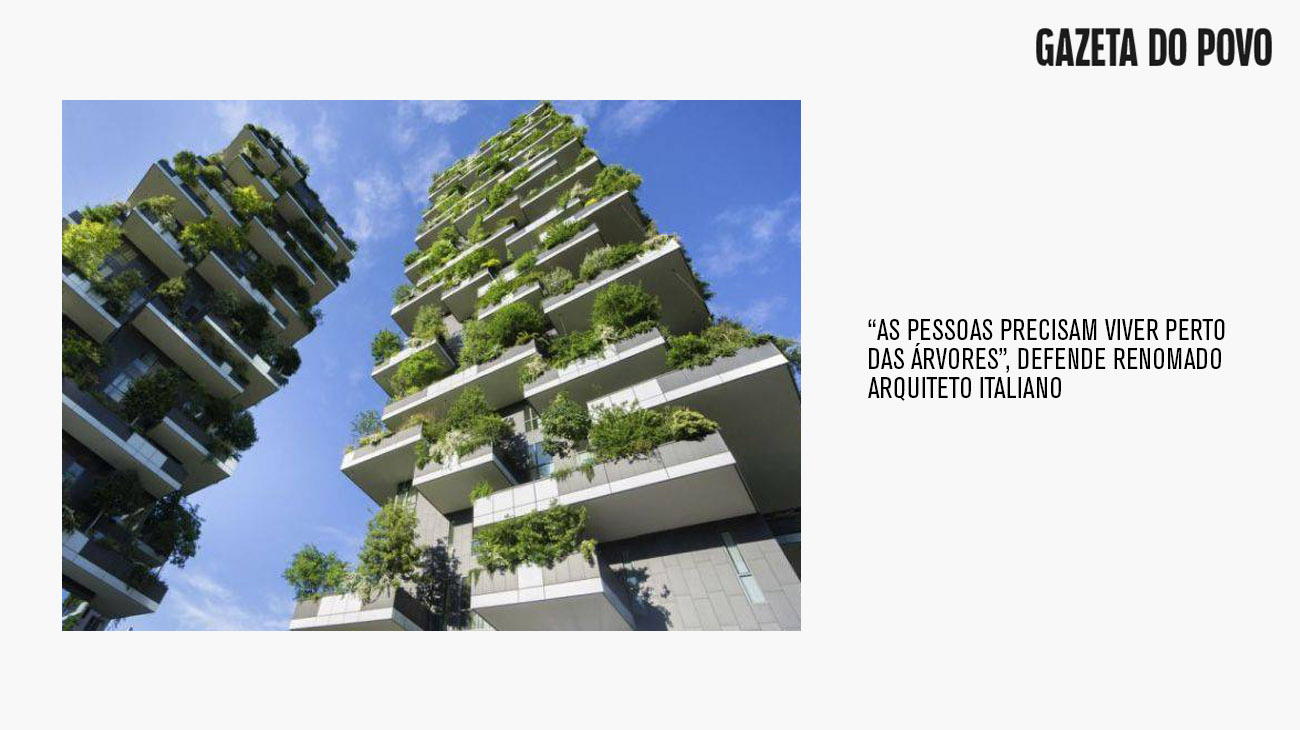 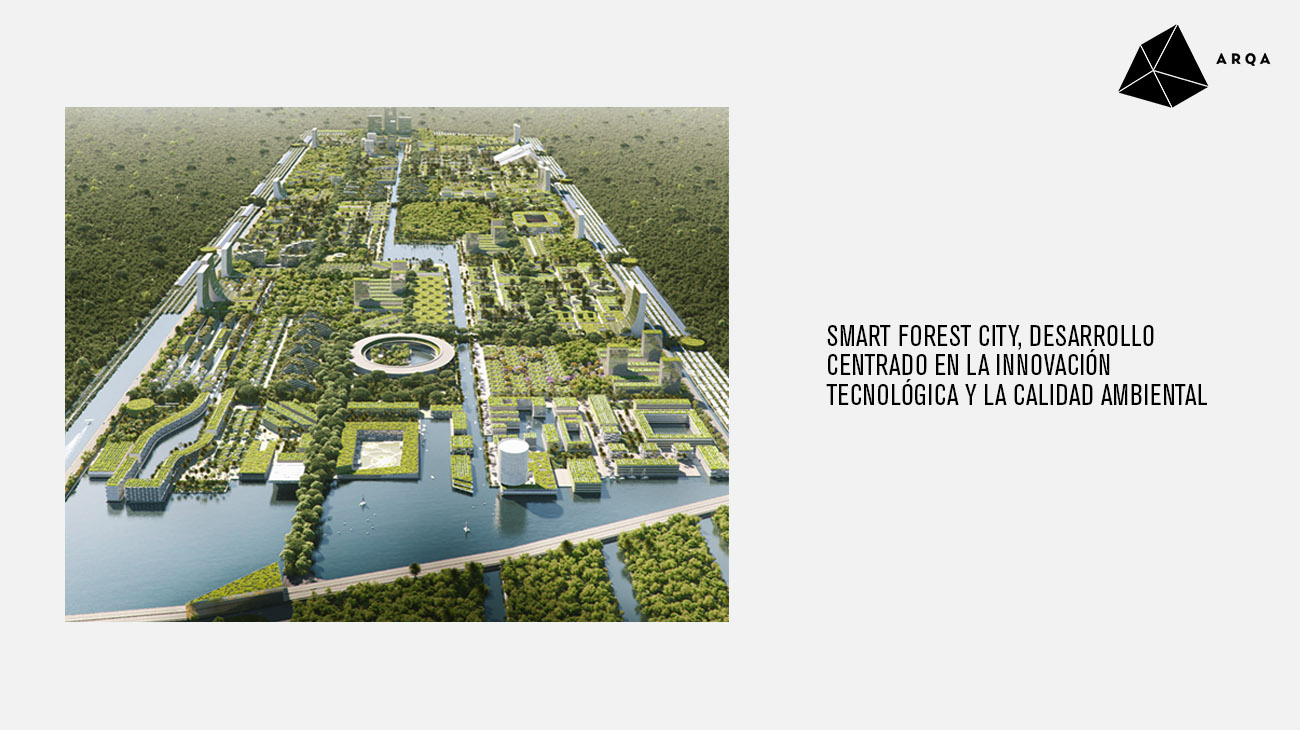 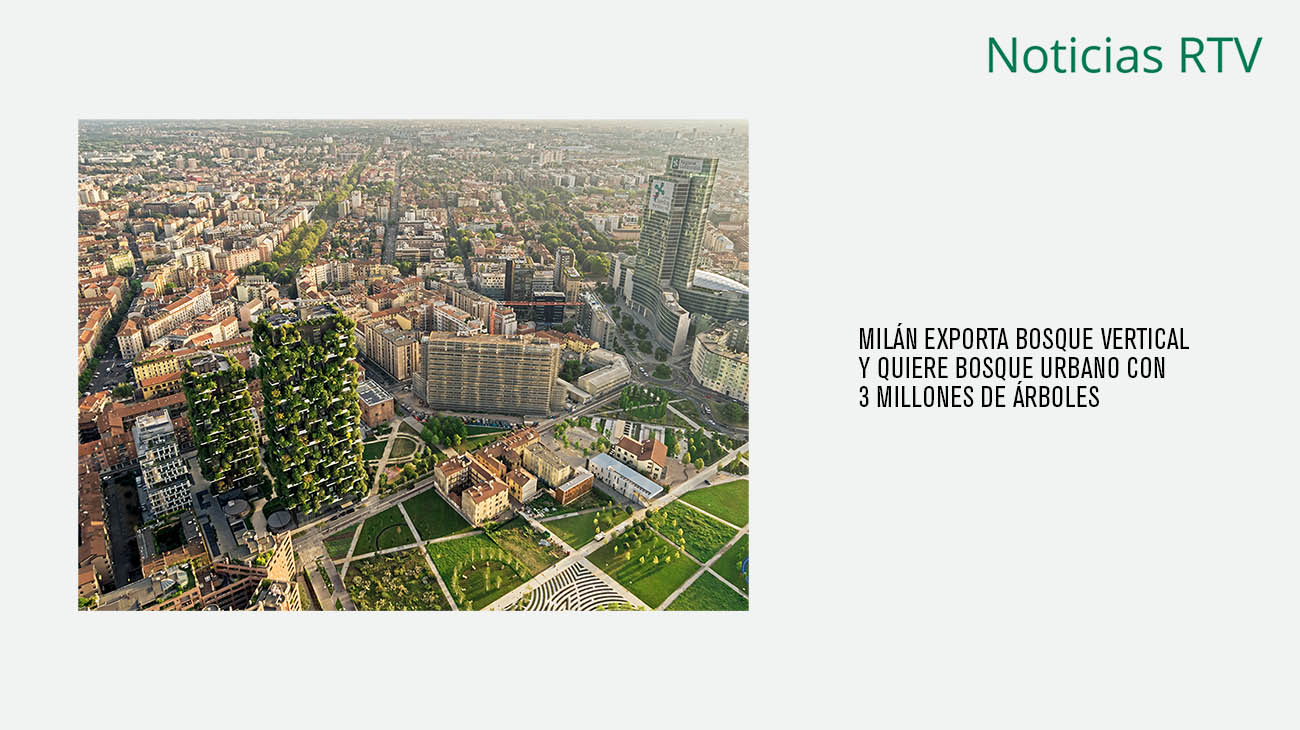 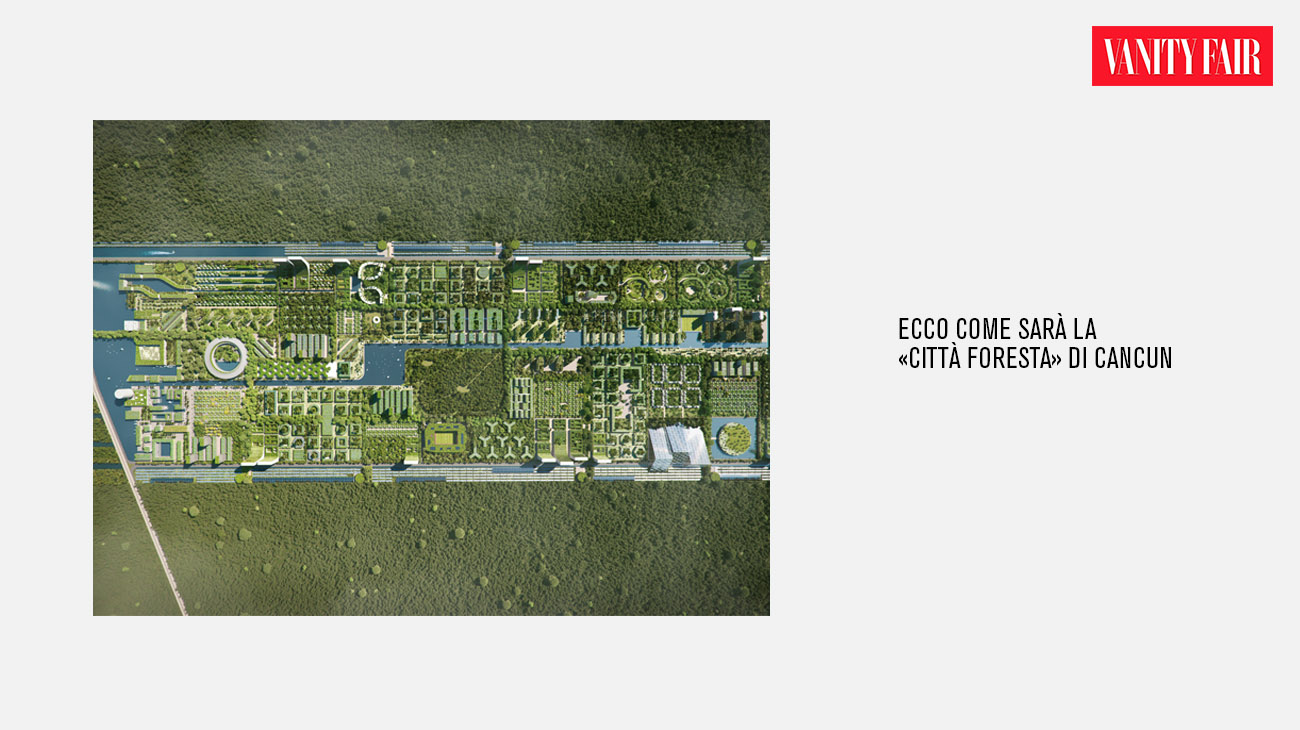 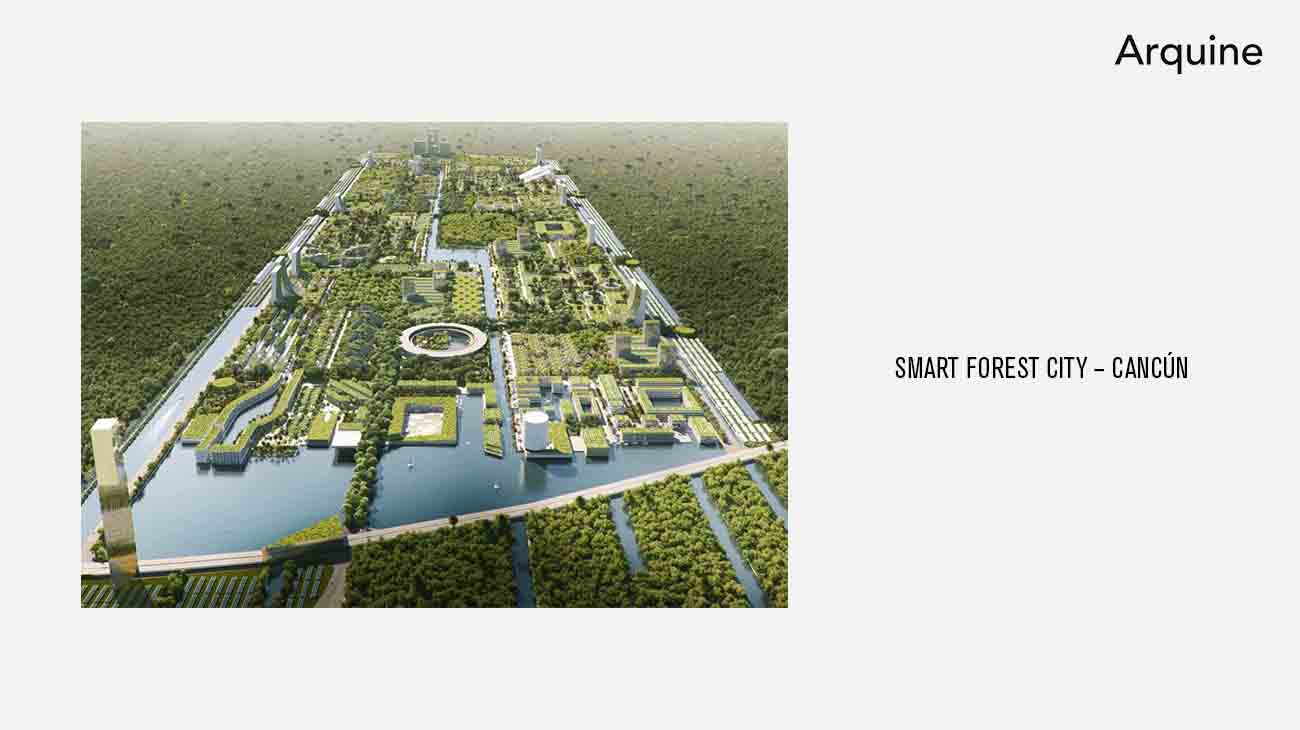 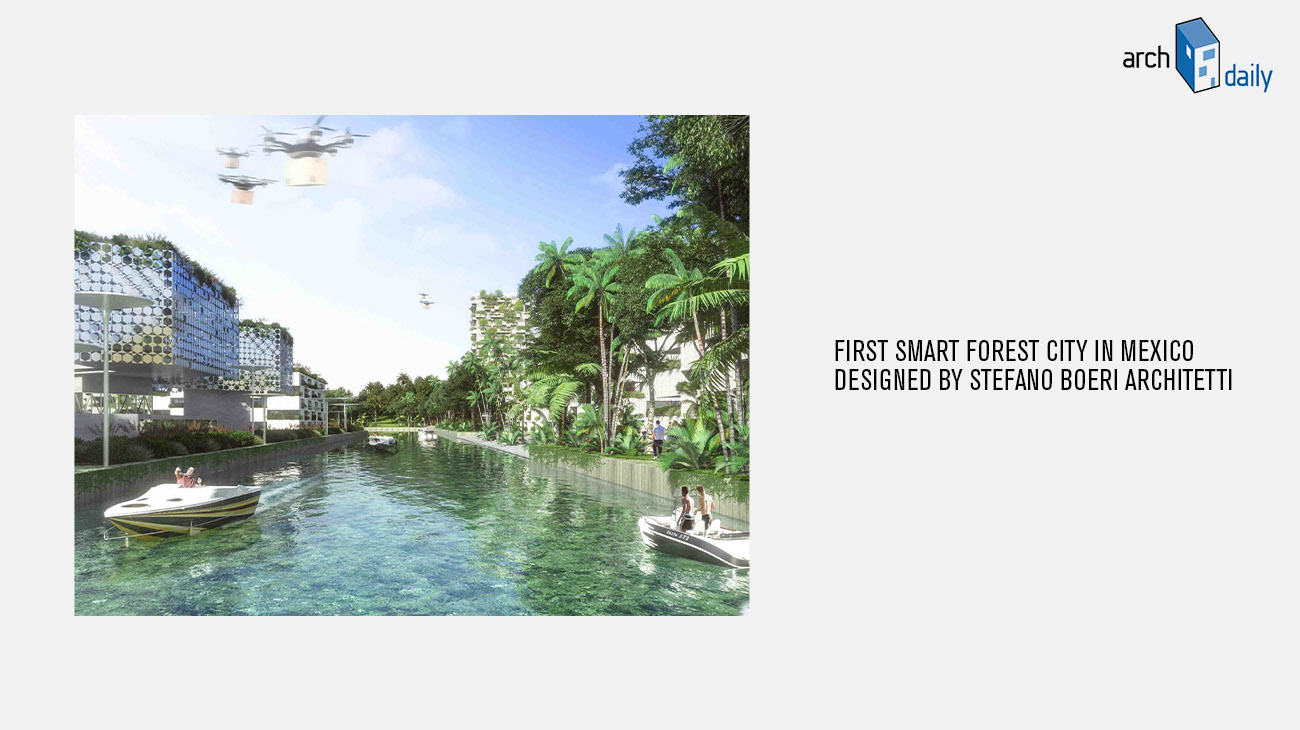 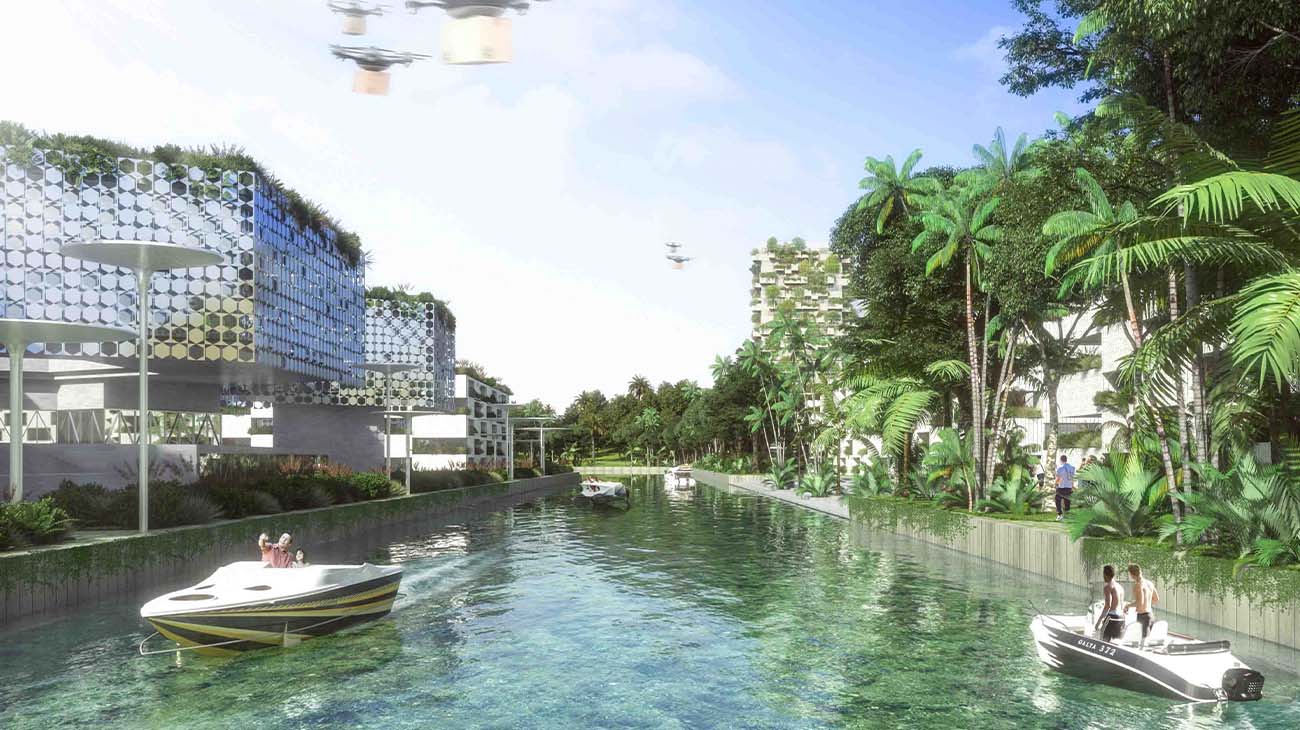