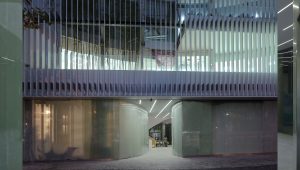 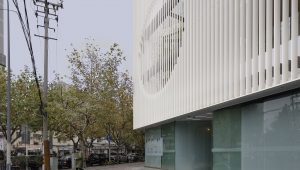 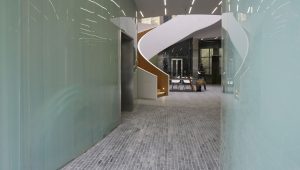 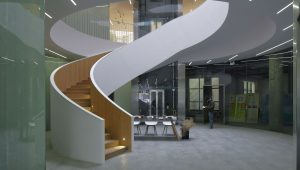 The exponential development in recent years in the sectors comprising smart, corporate and digital mobile technologies, the new digital economy and information sharing has led to a parallel and equally profound reflection on the qualities of the office space. This phenomenon has affected several aspects of this element of the working environment, from the search for new forms of multi-sector cooperation to the development of design thinking procedures linked to the activation of transversal synergies. At the same time, and in addition to this phenomenon, the traditional division between working and living spaces and times, which has become increasingly fluid and vague, has also led to a radical rethinking of the characteristics of environments dedicated to office activities. Active in the office design sector and with two years of energetic growth, the Chinese More brand has established itself during this period with a strong identity and is consolidating its position as a reference point for the sector at national level. Together with Stefano Boeri Architetti China, the idea came about of giving life to a project capable not only of rewriting the codes governing the contemporary workspace in China but of establishing itself as an internationally exportable model.

The More 001 Jingan Creative Park project is the result of the renovation of the Hecheng Building, a large office building in Shanghai and is an integral part of the “Renovation” strategy designed to provide an extensive technological and expressive upgrade of the country’s modern architecture.

Distancing itself from the traditional office building format, the More 001 Jingan Creative Park explores future spatial and relational models which draw on different innovative elements learned from the Vertical Forest experience. As a result the greenery starts immediately with the transition from outside the building which is surrounded by a sequence of plane trees, moving to the interiors which are marked by a sequence of bamboo elements. In the same way, the existing building is protected by a new skin in the form of an abstract “forest” consisting of a regular sequence of white painted aluminium lamellae or slats and mounted vertically from the first floor to the top of all the façades.

In addition to shielding the interior from direct sunlight, the brises-soleilgive a sense of uniformity to the design of the exterior in a harmonious rhythm that detaches itself from the surrounding urban cacophony. This approach has already been tried and tested by Stefano Boeri Architetti, for example in the intervention for the Beijing Easyhome Lize New Experience Mall albeit with different design tools. The lamellae allow passersby (and even those watching from cars on the nearby viaduct) to glimpse what is happening in the building and seeing the internal structure with the dominant large spiral staircase that is its beating heart.

Similarly, the interiors of the building are treated like a real “landscape”: an environment able to place users in a relationship with the natural dimension through the introduction of elements such as vegetation, sunlight, sustainable materials and finishes, the combination of which generates a perceptive and sensorial oasis compared to the surrounding urban congestion.

The heart of the building also defines the public space, which starts from the patio and develops around the striking minimally sloped helical staircase. This encircles a 5 metre central void around which the workspaces are arranged on the various floors. The circular movement gives rise to a dizzying and enveloping full height space, further enhanced by the white colour scheme that harmonizes the walls of the staircase and the entire surrounding environment. However this neutral and non-material definition is contrasted by the interior of the staircase: a warm and comfortable space defined by the tones and textures of the wood that covers both the steps and the side walls of the handrails. This theme also continues on the top floor of the building, where the large staircase ends: here the wood covers a welcoming panoramic terrace, outlining seat-steps and protective partitions around a large glass igloo skylight, which floods the atrium with light.

A well laid-out system of shared spaces on each floor encourages socialization and interrelations between employees in work sectors that were originally separate from each other. This brings obvious advantages in terms of individual and collective comfort and the mutual exchange and informal sharing of knowledge.

A significant design detail is the presence of a tree on the first floor in a specially created space so that it can develop freely and so that its foliage can be perceived from the outside, through the brise-soleil, showing how nature and architecture can coexist in the same space.